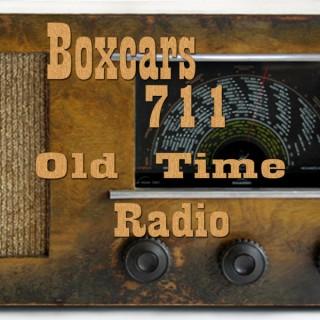 Boxcars711 Old Time Radio Pod Offers the best of Old Time Radio, Oldies, Easy Listening and Talk. Broadcasting from the heart of Germantown, on WPNM radio, and over the Shoutcast Network, host Bob Camardella mixes his vast collection of entertainment, with news and events from the ole neighborhood r…

Search for episodes from Boxcars711 Old Time Radio with a specific topic:

Flash Back to the Golden Days of Radio Show

Flash Back to the Golden Days of Radio Show

Cleanliness Is Next To Godliness

Cleanliness Is Next To Godliness

american fake crime does not pay

american fake crime does not pay

The Wireless Set (Aired September 21, 1952) This series was very similar to the Black Museum that was hosted by Orson Welles. Both the Black Museum and Whitehall 1212 drew their material from the files of Scotland Yard. The stories were true in every respect except that the names were changed to protect the innocent, as they say. The Whitehall 1212 series boasted that for the first time Scotland Yard opened its files and the producers promised to bring to the public authentic true stories of some of the most celebrated cases. Permission for these records came from Sir Harold Scott, Commissioner of the yard at that time. There is actually a Black Museum. This area is located on the lower ground floor of Scotland Yard and it does indeed contain articles that are closely associated with the solving of a crime. And "Whitehall 1212" was the actual emergency phone number for the yard at the time. THIS EPISODE: September 21, 1952. NBC network. Sustaining. A "Wireless Set" that was never intended to be operative is in the "Black Museum" because of its involvement with the murder of a bartender with strychnine. Horace Braham, Harvey Hayes, Catherine Hines, Lionel Ricou (announcer), Lester Fletcher, Francois Grimar, Guy Spaull, Percy Hoskins (researcher), Wyllis Cooper (writer, director), Carl Harburg. 29:31. Episode Notes From The Radio Gold Index.

Vanishing Point - The Baliff & The Women (11-09-84) The Baliff & The Women (Aired November 9, 1984) he Canadian Broadcasting Corporation (CBC) began airing a fascinating range of classic, mystery, comedy, documentary, and supernatural drama throughout the 1970s to 1990s to a steadily expanding audience--both in Canada and throughout the northern portions of the U.S. The CBC's extensive Radio offerings were a fairly even mix of organic dramas and comedies showcasing Canada's own great actors, writers and production talent, as well as several popular transcribed, syndicated features from throughout the British Empire and the United States. Indeed many of America's most beloved, popular, versatile and award-winning character actors, musicians, and comedians were Canadian citizens who'd honed their craft in all manner of original Canadian Radio drama. Vanishing Point is the title of a science fiction anthology series that ran on Canadian Broadcasting Corporation Radio from 1984 until 1986, although the show would continue under different names and formats.

Flash Gordon On The Planet Mongo

The Falcon 11-27-45 Murder Is A Family Affair http://oldtimeradiodvd.com