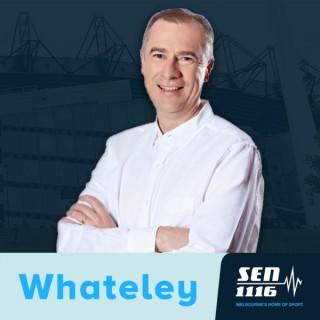 Gerard Whateley, along with his long list of media and industry accolades, joins the station and Crocmedia as Chief Sports Caller, spearheading football, and racing coverages - as well as hosting the ultimate morning radio show, "Whateley". Combining authoritative journalism and sharp-eyed analysis… 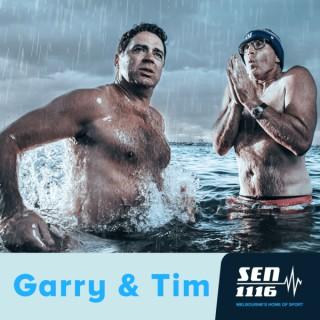 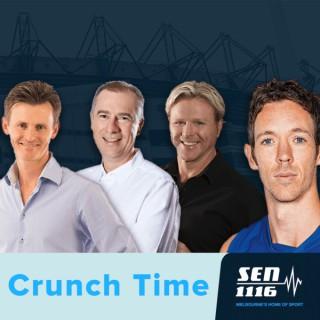 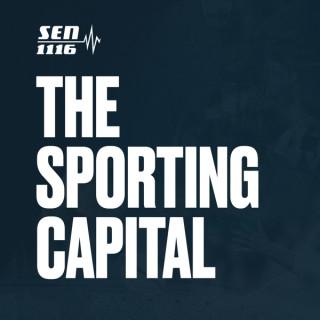 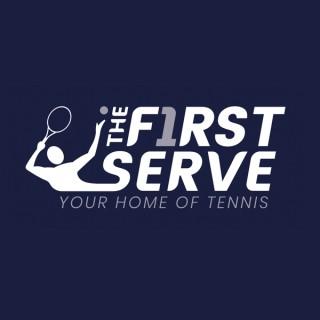 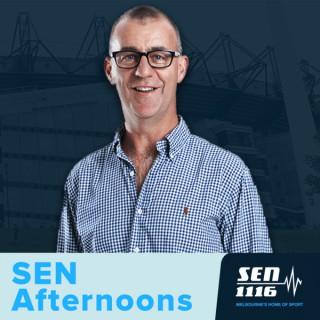 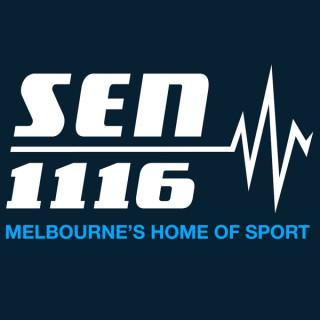 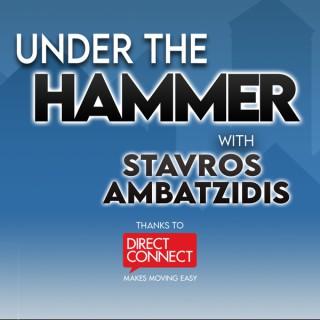 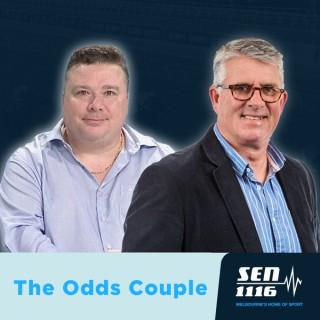 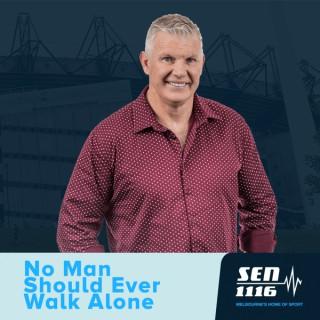 No Man Should Ever Walk Alone

Search for episodes from Whateley with a specific topic:

Whateley runs you through todays program and the highlights for your enjoyment.

The boys run through every quarter as they happened and how the Cats managed to strangle a lacklustre Swans.

A touching story from the weekend as told by Gerard

Gerard tells an emotional story from his weekend making the Cats win all the more sweet.

The Cats superstar spoke to the boys about his first Grand Final win, how they did it, the aftermath of the day, and more.

Gerard's editorial on why the Grand Final should never be played at the 2:30pm timeslot again (26.9.22)

Whateley explains why he believes this will be the last year of an early afternoon Grand Final.

A sense of shellshock in footy absorbing the scope of the Hawthorn investigation, including Kane Cornes' reaction, Daisy Pearce shared her emotions watching Eddie Betts address the story on 360, Grace from Inverloch presented a compelling case of how to move forward. We put Justin Leppitsch back on the magnets for the Grand Final, and Brenton Sanderson took us to the pre-match address.

On Thursday morning, Gerard's editorial on the continued fallout from the Hawthorn racism allegations (00:33) was followed by his regular catch-up with Kane Cornes, who was on the home stretch of his run from Adelaide to Melbourne (5:50). He then caught up with Justin Leppitsch, who joined him in the studio for a well-overdue edition of 'The Magnets' (16:42), and after Brenton Sanderson ran the final 'Strategy 2022' session of the season (33:05), he was joined in the studio by Daisy Pearce, who shared her emotional reaction to the allegations of racism at Hawthorn (59:44). Mark Knight called in to talk about his 2022 premiership posters (1:17:38), and lastly, he was joined by Ange Postecoglou, who shared what it was like to be back on home soil (1:23:42).

Herald Sun cartoonist Mark Knight joined Gerard in the studio to talk about his famous Premiers posters, which will be available to purchase straight after the game.

Brenton Sanderson joined Gerard in the studio to discuss the build up to Grand Final day and how the coaches will prepare their players.

Celtic manager Ange Postecoglou joined Gerard in the studio to talk about why it's good to be back on home soil, the Australians who have started supporting Celtic because of him, his experience with the Champions League so far, the interest in him from EPL clubs, the challenge of having a World Cup in the middle of the season, Australia's qualification for the World Cup, and more.

Daisy Pearce joined Gerard in the studio to share her emotional reaction to the historic allegations of racism at Hawthorn, and to explain why the AFL needs to do a league wide review on racism, and how the situation could "dint" the legacy of Hawthorn's three-peat side. She then looked at this weekend's grand final and explained why Geelong's versatility should get them over the line against the Swans.

Collingwood assistant coach Justin Leppitsch joined Gerard in the studio to talk about what it was like to be apart of the incredible season with the Magpies, their narrow preliminary final loss to the Swans, the decision to play Brayden Maynard on Lance Franklin, and what it was like working with Craig McRae. He then previewed this weekend's grand final, highlighting the strengths of Geelong and Sydney.

With his run from Adelaide to Melbourne drawing to it's final stages, Kane Cornes joined Gerard to talk about the extremely difficult but rewarding experience, his emotions after reading the story regarding the historic allegations of racism at Hawthorn, Alastair Clarkson's chances of coaching North Melbourne, his predictions for the grand final, and more.

Gerard's editorial on the continued fallout from the Hawthorn racism allegations (22.9.22)

"I think footy walked through yesterday with a sense of shellshock..."

Gerard was joined by Luke Hodge and Patrick Dangerfield on Wednesday morning.

On Wednesday morning, Gerard's editorial on the allegations of racism at Hawthorn (00:41) was followed by his weekly chat with Luke Hodge, who gave an emotional response to the story released by the ABC (4:25). He was then joined by Patrick Dangerfield, who shared his thoughts on the situation as president of the AFLPA, and he also talked about his emotions during grand final week (26:08). Ray Chamberlain clarified the contentious umpiring decisions from the preliminary finals (47:47), Sam Edmund rang the Trade Bell (59:12), and Ash Browne shared the secrets from the AFL Grand Final record (1:09:07). And lastly, he talked all things cricket with Adam Gilchrist (1:13:48).

SEN WA's Adam Gilchrist joined Gerard from the Perth studio to talk about Australia's T20 win against India, his immense excitement about the progression of Cam Green, the change to the Mankad rule, and more.

AFL Record senior writer Ashley Browne joined Gerard in the studio to talk about the Grand Final Record, what he most enjoyed working on for the special edition, the "keepsake" that is the Premier's Record, and also to share his thoughts on the allegations of racism at Hawthorn.

AFLPA president and Geelong superstar Patrick Dangerfield joined Gerard to talk about his reaction to the allegations of racism made at Hawthorn, why he believes the industry hasn't done its job, what it's like to be involved in grand final week, why he feels like footy has it's "soul" back, how he's mentally preparing for the game, his relationship with Michael Gervais, what the grand final means to him, and more.

Veteran umpire Ray Chamberlain joined Gerard in the studio to discuss the contentious umpiring decisions from the weekend's preliminary finals, including Tom Papley's mark against Darcy Moore, the 50-metre penalty against Jack Ginnivan, the holding the ball decision paid against Brandon Starcevich, and more.

Luke Hodge joined Gerard in the studio to discuss the allegations of racism at Hawthorn detailed by the ABC this morning, including his initial reaction to it, what he saw while he was at the club, the role he played as captain, and more. He then talked about Lance Franklin's contract extension, Joel Selwood's leadership at Geelong, the advice he'd give to Patrick Dangerfield, the importance of being relaxed on grand final day, and more.

Gerard's editorial on the allegations of racism at Hawthorn (21.9.22)

"If this is how footy operates, then how can we be so devoted and supportive of it?..."

Gil McLachlan joined Gerard in the studio and shared the concept of the AFL's version of 'Magic Round', and Gerard asked Gil about a potential surprise on grand final day, Nathan Buckley told us who he would've voted for as the coach of the year, Sam Edmund rang the Trade Bell on the Gold Coast's pending strategy, and Victorian cricket coach Chris Rogers revealed James Pattinson will be missing this summer.

Gerard was joined in the studio by Nathan Buckley and Gillon McLachlan on Tuesday.

On Tuesday morning, Gerard's editorial on Lance Franklin's contract extension and the coach of the year (00:32) was followed by Gillon McLachlan's arrival in the studio where the AFL CEO shared plenty of interesting news regarding the future of the league (6:01). Gerard was then joined by Nathan Buckley, who talked about the coaches competing against each other in the 2022 grand final (30:16). He went 'Across the Divide' with Andrew Voss (1:05:45) before ringing the Trade Bell with Sam Edmund (1:20:51), and lastly he was joined by Victorian coach Chris Rogers in the studio (1:33:57).

As his tenure as the AFL CEO draws close to its end, Gillon McLachlan joined Gerard in the studio to talk about reading votes at the Brownlow, Lance Franklin's extension with the Swans, why this is the best season this century, the likely introduction of a 'magic round' next year, music after goals at the ground, how he's imagining the grand final parade will look on Friday, why a team in Tasmania is looking promising, the probable introduction of a mid-season trade period, Brad Scott's chances of coaching Essendon, a potential surprise in the half-time entertainment, and more.

Victorian cricket coach Chris Rogers joined Gerard in the studio to talk about the team's preparations ahead of the summer of cricket, the additions they've made to the off-field team, the younger players he's hoping can support the senior group, Will Pucovski's impressive preparation, and more.

SEN Chief Sports reporter Sam Edmund joined Gerard in the studio to talk through Dyson Heppell's contract extension at Essendon, Brodie Grundy's upcoming decision, why the Bulldogs are going to drive a hard bargain with Josh Dunkley, why the Suns are going to be active again this trade period, Hunter Clark's chances of going to North Melbourne, and more.

SEN 1170's Andrew Voss joined Gerard to talk about the impact the Swans making the grand final has had in Sydney, why people will now be rearranging their weekends in NSW, why there's a lot of people hoping for a Penrith and Parramatta grand final, Lance Franklin's contract extension, the respect for John Longmire in Sydney, and more.

Nathan Buckley joined Gerard in the studio to discuss Lance Franklin's contract extension at Sydney, who he thinks the coach of the year should be, why he has great respect for Chris Scott and John Longmire, how Geelong and Sydney are shaping up for the game, what it's like to be involved in grand finals, and more.

Gerard's editorial on Lance Franklin's contract extension and the coach of the year (20.9.22)

"There's a certain romance in the last day of the game's most famous contract producing the long awaited premiership..."

Collingwood supporters shared their Snap Judgements after a heartbreaking loss in the preliminary final, and David King on what might have been for the Magpies, The Monday Means Test took the first pass through the grand final match-up, Sam Edmund with an emergency Trade Bell,

On Monday morning, Gerard's editorial on "the best Brownlow Medal in years" and the "breathless SCG preliminary final" (00:35) was followed by your Snap Judgements after an incredible weekend in the football world (10:03). David King then joined him in the studio for The Monday Means Test where they discussed both preliminary finals and also previewed the grand final between Geelong and Sydney (27:53). Sam Edmund called in with the latest footy news, and also broke the news that Josh Dunkley has requested a trade to Brisbane (1:20:28). Robert Craddock discussed the biggest international sports stories (1:31:23), Ben Graham reviewed week 2 in the NFL (1:41:57), and Gareth Hall shared his thoughts after a big weekend of racing (1:47:26).