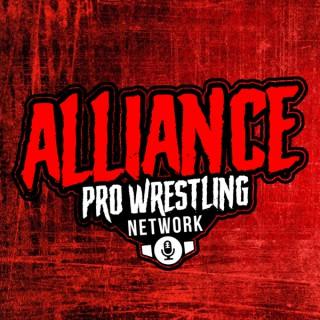 Search for episodes from Alliance Pro Wrestling Network with a specific topic: 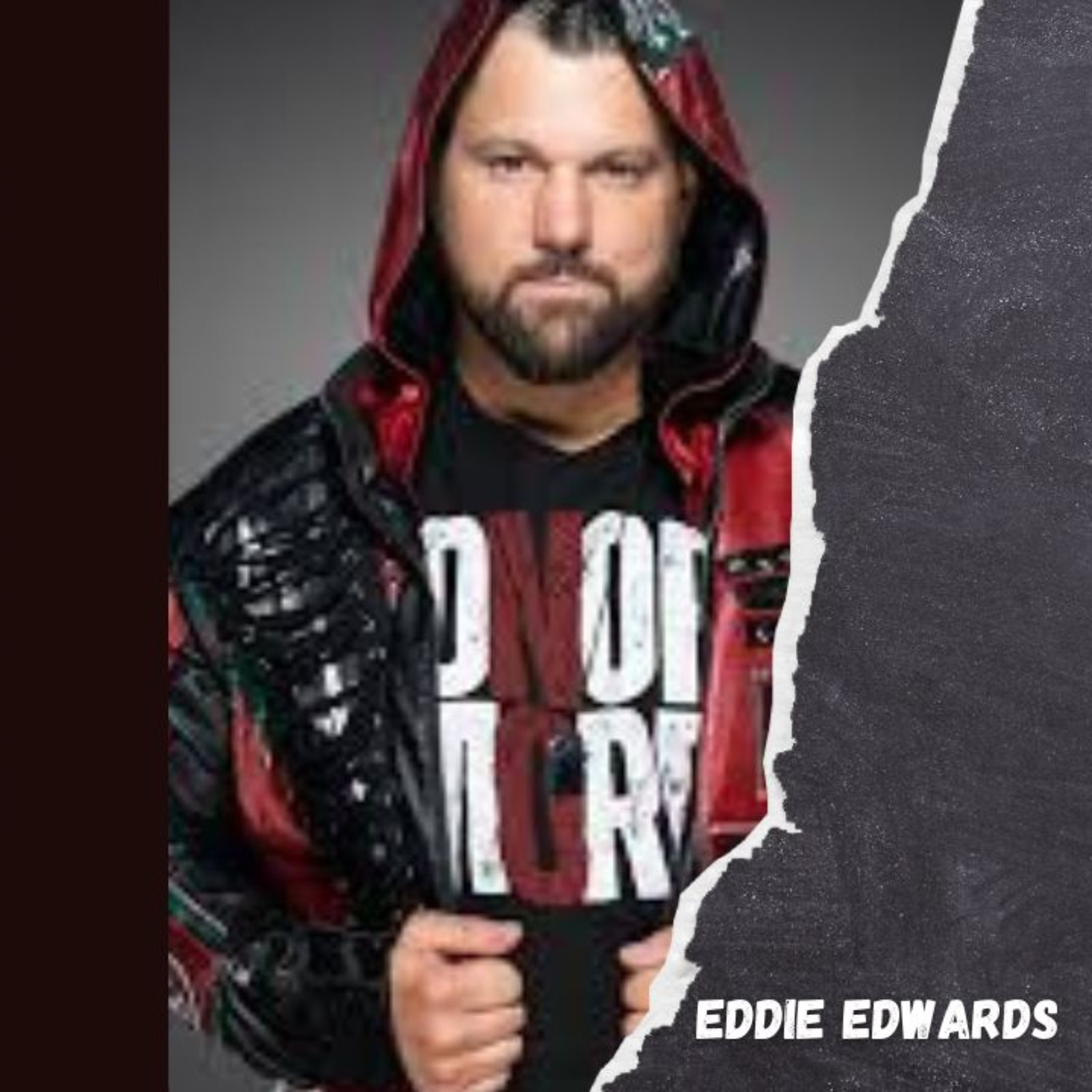 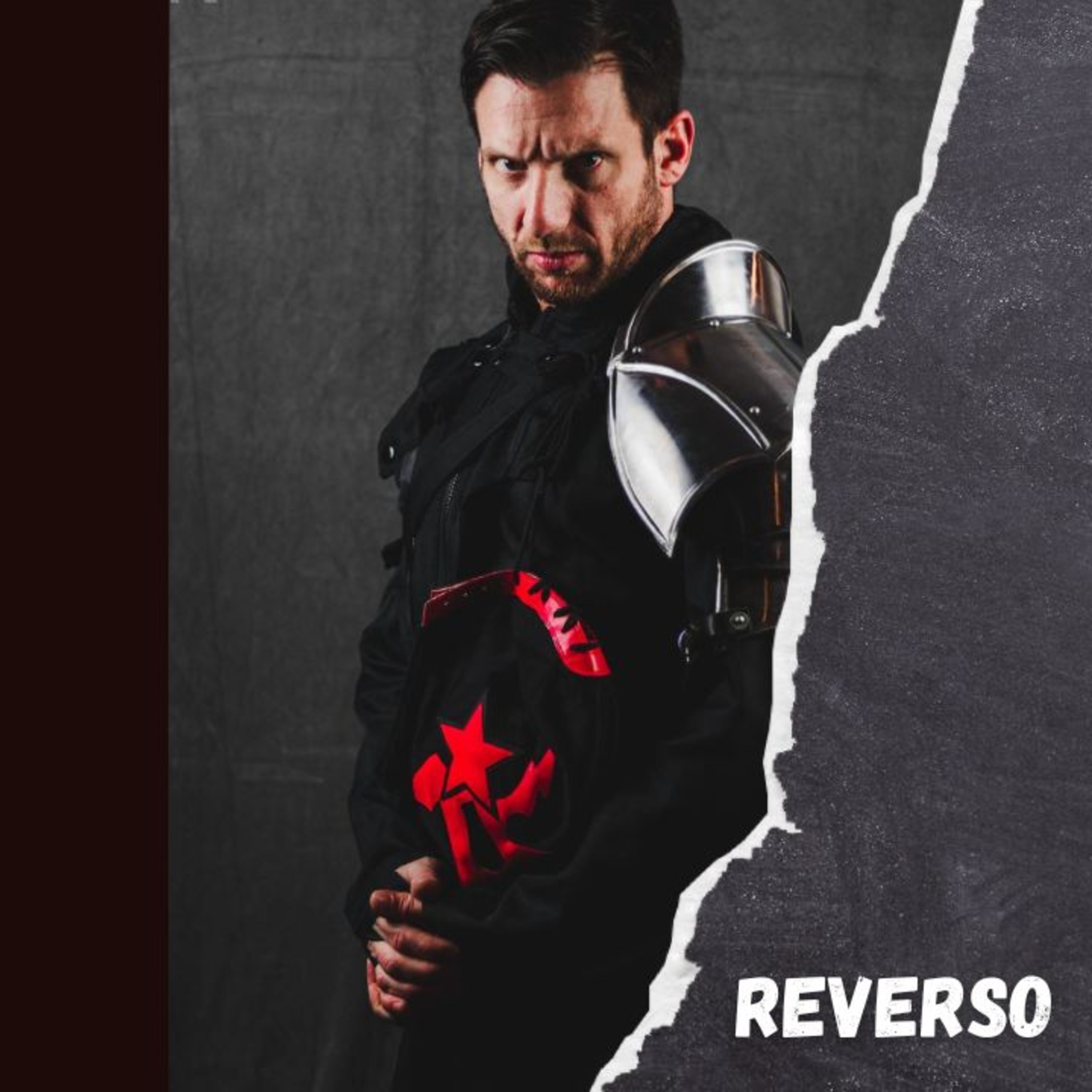 A Special Interview with the Barrie Wrestling Heavyweight Champion Reverso 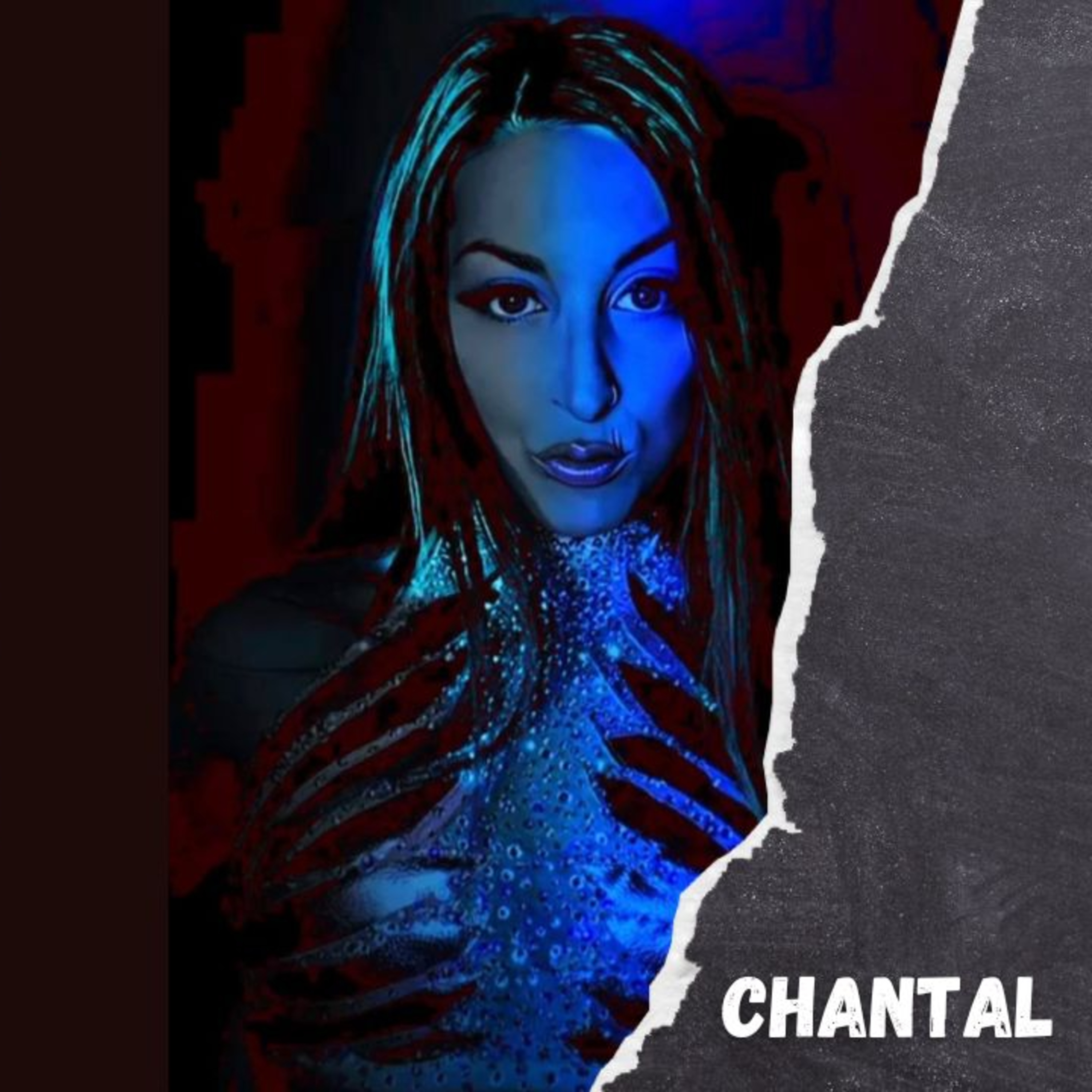 The Alliance Pro Wrestling Special Interview with indy star Chantal Pro Wrestling indy star Chantal returned to the show as we discuss her upcoming AEW Dark appearance in Toronto, Being chosen by QT Marshall for the opportunity, Her Seaway Valley Wrestling match match with the legendary Lufisto, Jacques Rougeau, Limitless Wrestling being one of her goals, Her role on the online show Turnbuckles, Mya Malek, Her recent Saskatchewan tour and so much more!

Kenny Omega and The Young Bucks threaten to leave AEW?

I give my thoughts on the Kenny Omega and The Young Bucks threatening to leave AEW over CM Punk's comments at the All Out Media Scrum.

A Special Interview with AJPW and Indy star Cyrus the Destroyer

A Special Interview with AJPW and Indy star Cyrus the Destroyer Currently on tour in Japan with AJPW, Cyrus the Destroyer joined me as we discussed - How his tour of AJPW came about, His great matches with AJPW stars Shuji Ishikawa and Kento Miyahara, Comparisons to Big Van Vader, Teaming with Tajiri, Southern Honor Wrestling, His experience wrestling for AEW nd so much more!

*SHOOTING UP NORTH PODCAST* On this episode I review the August 18 2022 edition of Impact on AXS TV which featured a 6 way elimination #1 contender for the World Title match, X Division Title match as Mike Bailey (c) took on Chris Bey and more!

Pro Wrestling Historian and host of Pro Wrestling Spotlight and Mat Memories from MSG podcasts John Arezzi returns to the show to take another trip down memory lane as we discuss Bruno Sammartino defeating then WWWF Champion Stan Stasiak in 1973 to earn his 2nd reign as champion. We discuss the match and everything that led up to it. In addition - John Arezzi gives his thoughts on Ric Flair's last match.

The Alliance Pro Wrestling Network was very happy to welcome back Impact Wrestling Champion Josh Alexander to the show. Josh joined me as we discussed his epic match at Emergence against Alex Shelley, Which of his heroes he would like to step in the ring with next, the upcoming 6 man elimination #1 contenders match, possibly forming a team with or defending the World title against Jordynne Grace, Bandido as a possible challenger, The return of Scott Armstrong and so much more!

A Special Interview with NJPW and International star Francesco Akira

A Special Interview with NJPW and International star Francesco Akira One half of the IWGP Jr Heavyweight Tag Team champions Francesco Akira returned to the show as we discussed - What lead him to becoming a member of the NJPW roster, His experience in the NJPW Best of the Super Jr's tournament, How he ended up in The United Empire faction, Why he feels him and TJP clicked as a team, If he deserves a shot at the Impact Wrestling X Division championship, Bruno Sammartino and much more!

Should Impact Wrestling sign No Way Jose and allow him to reinvent himself?

**SHOOTING UP NORTH PODCAST** No Way Jose indicates he would like to reinvent himself, should Impact Wrestling give him the opportunity to do so? 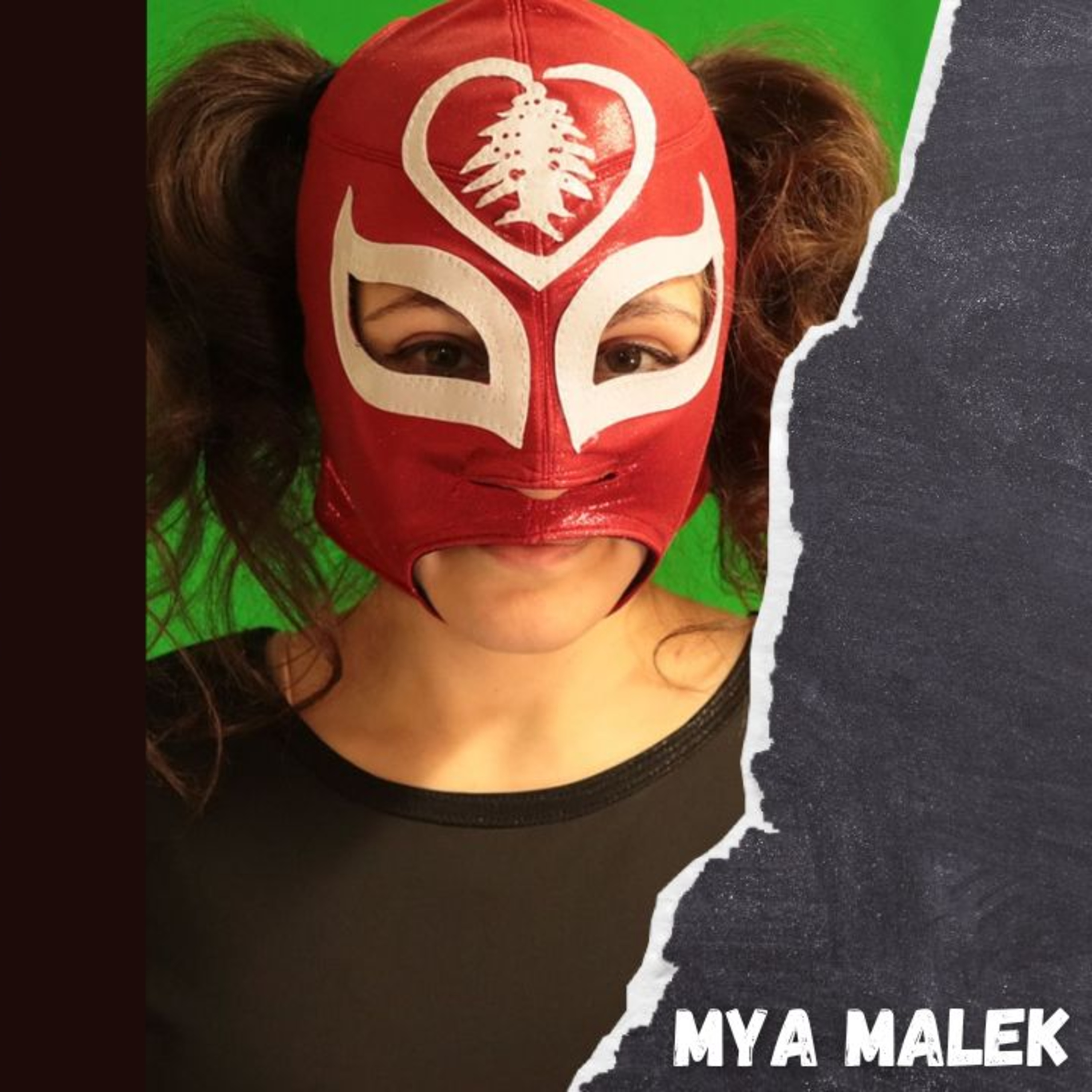 Maritimes pro wrestling star Mya Malek return to the show for another special interview. This time around we discussed - Her pro wrestling debut in the USA for Let's Wrestle, Her great match with Chantal for Kaizen Pro Wrestling, Being added to the Atlantic Pro Wrestling roster, Her highly entertaining Vlogs and Tik Tok videos, Her response to Ian Pratt indicating he wants a match with her, A possible future match with LuFisto, If she would consider leaving the Maritimes for another location to gain more notoriety and much more!

What's next for the Impact Wrestling tag team division?

**SHOOTING UP NORTH PODCAST** With The Briscoes signing long term with ROH and The Good Brothers most likely gone - What's next for the Impact Wrestling tag team division? Plus MLW news!

The Stars of Tomorrow Interview with guest Maritimes pro wrestling rising star Ian Pratt Ian Pratt joined me as we discussed his decision to pursue pro wrestling, Training at the Kaizen Academy with Covey Christ, His terrific match against Draven MacDonald, His dream opponent, Being a natural heel, Mya Malek, a potential match against Maritimes star JP Simms and so much more! 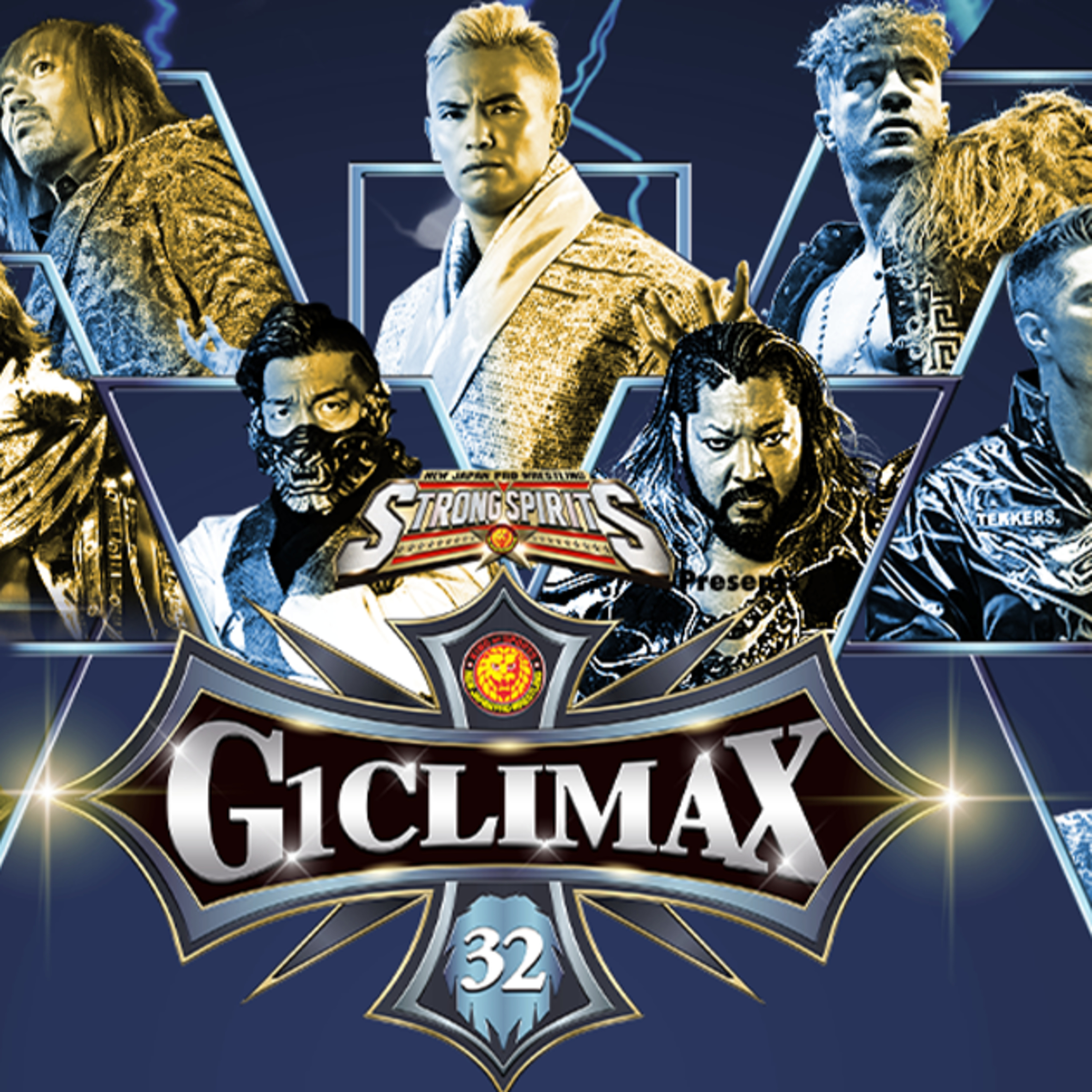 **SHOOTING UP NORTH PODCAST** On this episode of Shooting Up North, I give my preview and predictions for the upcoming NJPW G1 Climax 32 Tournament which begins July 16. 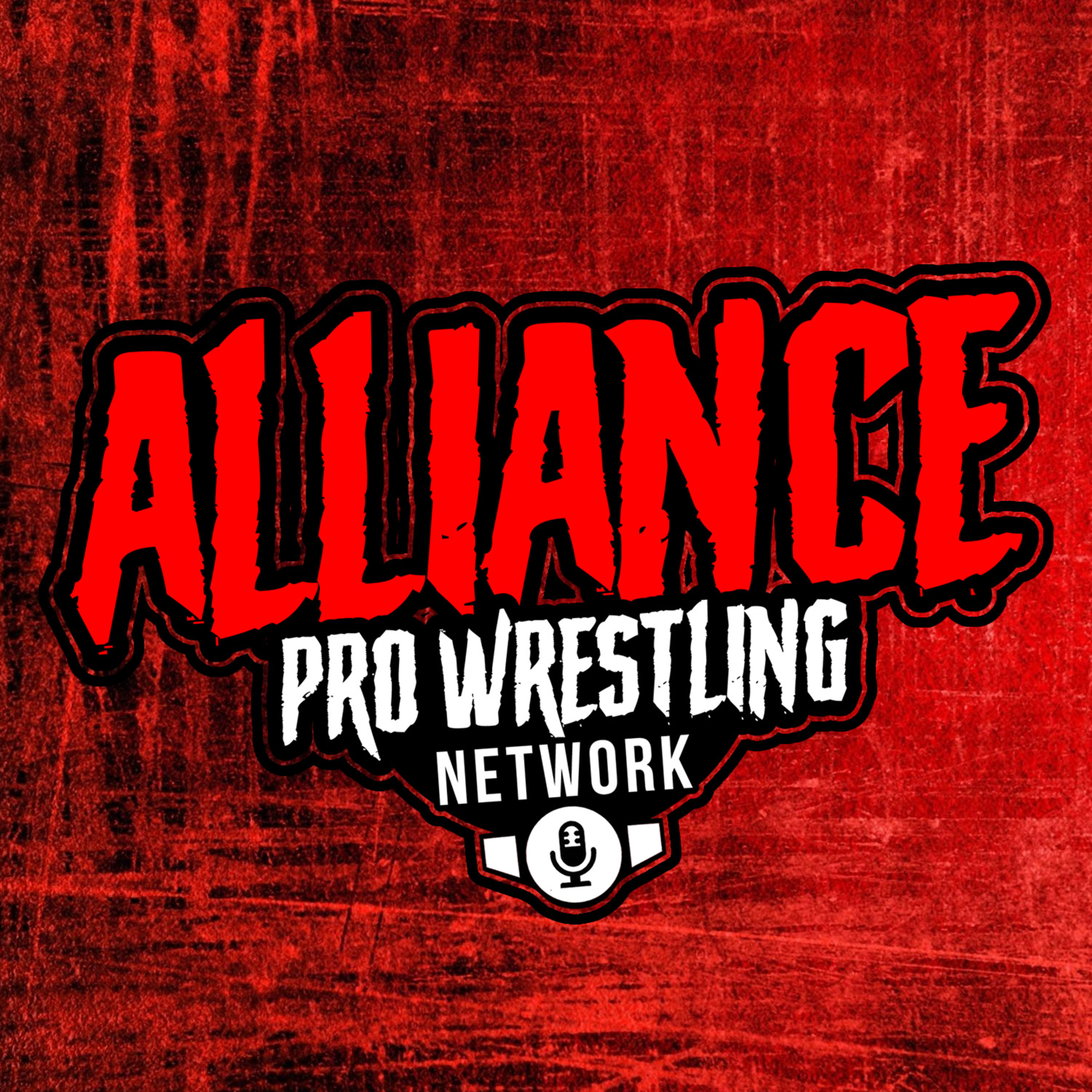 The one Impact talent Killer Kelly must feud with; Kushida vs Rich Swann announced plus more

**SHOOTING UP NORTH PODCAST** The one Impact talent Killer Kelly must feud with Kushida vs Rich Swann announced for Derby City Rumble Plus more!

Is it time for Impact Wrestling to end its relationship with NJPW?

**SHOOTING UP NORTH PODCAST** Is it time for Impact Wrestling to end its relationship with NJPW?

**SHOOTING UP NORTH PODCAST** On this edition of Shooting Up North, I discuss why I feel its time for Impact Wrestling and MLW to begin working together.

A Special Interview with Impact Wrestling Superstar Moose Moose joined me as we discussed his Monster's Ball match with Sami Callihan at Slammiversary, If the feud with Sami is over, The one former Impact/TNA star he would like to face, Returning to Atlanta on July 1 and 2, If he has a partner in mind if he ever decides to challenge The Good Brothers for the Impact Wrestling Tag Team Titles, The hot dog incident at Slammiversary and much more!

A Special Interview with the Impact Wrestling World Champion Josh Alexander. The Impact Wrestling World Champion Josh Alexander joined me as we discussed his upcoming title defense at Slammiversary against Eric Young, The pressures of being a world champion and how he deals with it, Who he thinks could ne next in line for a shot at the title, His tremendous match in May against Tomohiro Ishii, If we could seeing him representing Impact at the upcoming NJPW G1 Climax, If there is a free agent out there he would like Impact to bring in, Ace Austin joining the Bullet Club, Competing against AEW and so much more!

The Stars of Tomorrow Interview with guest Maritimes pro wrestling rising star Justine Ward. Justine joined me as we discussed how Justine became interested in becoming a pro wrestler, the great match with Kaizen World Champion Covey Christ and its aftermath, short and long range goals, being noticed by other promotions, the upcoming match with Andrew Love, a potential match with Mya Malek and so much more!

Should the Impact Wrestling Digital Media Title be retired?; Time for a new Impact strategy?

The latest update on the AEW/MJF situation

The latest on MJF's status for AEW Double or Nothing PPV