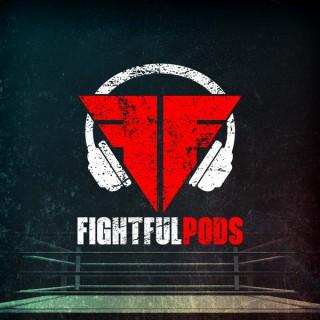 Fightful.com Podcasts bring you the best in MMA, Pro Wrestling and Boxing.

Search for episodes from Fightful | MMA & Pro Wrestling Podcast with a specific topic:

HHH speaks to media after of NXT Takeover In Your House 2021!

HHH speaks to media ahead of NXT Takeover In Your House 2021! - Triple H says Sam Roberts will be on the NXT Takeover pre-show, but does not apologize for it. - Triple H tells Mike Johnson that there are "Jeremy Borash specials" across the board in NXT, and points out the Tian Sha origin story was a lot of Jeremy. - HHH says Cameron Grimes doesn't drink or smoke, so they had to do his vignettes in one take.  - Triple H tells Gary Cassidy equality isn't "we have our own program" when he asks about an all women show. Says an all-male show with no women wouldn't be equality "If you want to wrestle the best women in the world, come to NXT. If you want to go elsewhere and SAY that, do it." - Triple H tells Dave Meltzer that not everyone works out in a certain place. There are a variety of factors that might lead to a talent working out -- schedule, coaches, performance. Triple H doesn't like the speculation of where people will go and says "just watch it." - Triple H is very confused and doesn't understand the idea of seeking out news or spoilers or finding out how things work. Marathon, not a sprint is reiterated. He wants NXT to be around long term. - Triple H tells Alistair McGeorge that the reaction backstage to seeing the Million Dollar Title was awesome. There was an original title produced, and they were able to get the real deal. - Triple H tells Jon Alba there's an ebb and flow about where Summerslam Takeover will land. We'd reported earlier that it's currently slated for Orlando at the CWC, but they have flexibility to change that. - HHH won't go into detail on how/if the Million Dollar Championship will be defended in NXT​​​​​​​. - Triple H confirms to Conor Casey a Fightful Select report from a few months back that for now, WWE CWC is NXT's home.

Jeremy Lambert (@jeremylambert88) and Joe Hulbert (@JoeHulbert) discuss the latest round of WWE releases and how it could impact AEW and other promotions.

Full audio from the AEW Double or Nothing post-show media scrums including interviews with Tony Khan, Britt Baker, Chris Jericho, and Jungle Boy

Cody Rhodes speaks with the media ahead of AEW Double or Nothing 2021!

Sean Ross Sapp (@SeanRossSapp) and Jimmy Van (@JimmyVan74) are back after a one week hiatus - WWE returns to traveling, will stars? - AEW Double Or Nothing - Warrior - Adnan Virk - WWE Layoffs - John Cena - Your questions - Backstage news

Sean Ross Sapp (@SeanRossSapp) and Denise Salcedo (@_DeniseSalcedo) do their FIRST EVER WWE post-PPV show together talking WrestleMania Backlash! - Roman Reigns vs. Cesearo - Bianca Belair vs. Bayley - Drew McIntyre vs. Bobby Lashley vs. Braun Strowman - Father-son tag team champions - Asuka. vs. Rhea Ripley vs. Charlotte Use our code FIGHTFUL at Manscaped.com to get a great deal on the new Lawnmower 4.0!