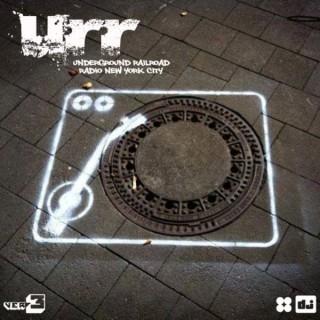 NEW EPISODES DAILY!!!! BEWARE THIS PROGRAM Is Not For The Faint Of Heart It Really Isn't. Welcome To U.R.R Underground Railroad Radio New York City, PLEASE Except NO IMITATION...!!!??!!! Open Information Forum For Social / Educational Purposes. broadcasting DAILY! + Everything And Anything Under Th…

Fresh out of podcaster prison (30 days later), we're back... I guess

around the world buzzfeed

Static In The Attic: https://www.youtube.com/channel/UCjnUvgimc9OjX843EzD1J_Q Donations

Former Director of National Intelligence John Ratcliffe on the John Durham findings showing Hillary Clinton findings into the efforts to pin Russian collusion on Trump and his presidential campaign. #FoxNews

@urrradionyc The Pentagon is expected to push the nation's top defense companies to speed up their development of hypersonic weapons during a high-level meeting on Thursday. Retired marine intelligence officer Hal Kempfer joins "The Donlon Report" to talk about what we can expect from the upcoming meeting. Full story: https://nnnow.tv/3L1d6sm #news #newsnation #Pentagon #hypersonicmissiles #US

What will be Black America's response! https://www.patreon.com/LAConfidential/

China vs. USA: The Great Battle for Blockchain The technology to likely have the most significant impact on the next few decades is here. It's not social media or even artificial intelligence, it's the underlying technologies in all cryptocurrencies such as Bitcoin, and it's called Blockchain. Blockchain is the next generation of the internet as we know it. It's a technology that has many applications and holds vast promise for every business, society, and the individual person watching this video . Available data indicate that China is leading the pack when it comes to blockchain technology innovations. As of November 2018, China was the country with the most blockchain projects, with the number standing at 263. Additional data from Blockdata reveals that the country accounts for 25% of all blockchain projects. Similarly, as of December last year, China had 615 registered blockchain firms. Half of these organizations are creating blockchain solutions for the financial sector. Apart from the number of projects and registered companies, China holds the leading position in terms of the number of blockchain patent applications. The closest competitor is the US, which has 28 patents short of China's number. What is evident from this information is that the state of blockchain In China is advanced more than anywhere else in the world. The cryptocurrency was the primary tool for that. The average person, even in the west, is still not the most familiar with blockchain technology. This being said, I don't think China pales in comparison to any other country. If anything, blockchain and bitcoin may be more popular in China. China has a significant problem with cash leaving the country by corrupt officials and business people. 80% of the mining power is located in China because electricity is so cheap. Additionally, one of the most popular cryptocurrencies right now, NEO, is based in China. I don't think there is any shortage of popularity in China in blockchain technology. However, just like the average person of the west, I believe there is a lot more room for growth. For the full transcript go to https://financearmageddon.blogspot.com

https://habengirma.com/ The first Deafblind person to graduate from Harvard Law School, Haben Girma is a human rights lawyer advancing disability justice. President Obama named her a White House Champion of Change. She received the Helen Keller Achievement Award, a spot on the Forbes 30 Under 30 list, and TIME100 Talks. President Bill Clinton, Prime Minister Justin Trudeau, and Chancellor Angela Merkel have all honored Haben. Haben believes disability is an opportunity for innovation, and she teaches organizations the importance of choosing inclusion. The New York Times, Oprah Magazine, and TODAY Show featured her memoir, Haben: The Deafblind Woman Who Conquered Harvard Law. Haben was born and raised in the San Francisco Bay Area, where she currently lives. Her memoir takes readers on adventures around the world, including her parents' homes in Eritrea and Ethiopia, building a school under the scorching Saharan sun, training with a guide dog in New Jersey, climbing an iceberg in Alaska, fighting for blind readers at a courthouse in Vermont, and talking with President Obama at The White House. Warm, funny, thoughtful, and uplifting, this captivating book is a testament to Haben's determination to resist isolation and find the keys to connection.

Vice President Kamala Harris' track record is too much of a problem for Joe Biden. Even apart from her administrative incompetence, Kamala is also not very popular with the far-left Democrats or the so-called progressives. Watch the video to know more. Follow us on GAB - https://gab.com/home Follow us on GETTR: https://gettr.com/user/tfiglobal Please support us on Patreon - https://www.patreon.com/tfiglobal