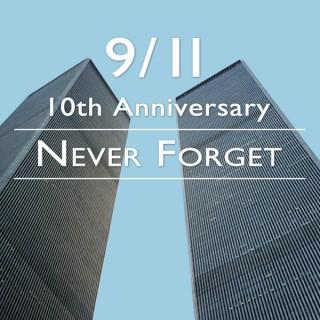 A collection of video and photos, in both unedited and edited formats, from the U.S. military around the world. These images illustrate the story of 9/11 and the annual commemorations of the day's sacrifices and heroism. This material is provided for use by anyone interested in reflecting upon, or s…

For the Fallen 9-11 Remembered

Sailors, civilian staff, local firefighters and North Carolina State Troopers gathered at the naval hospital to honor those who sacrificed all, and those who continue to serve today.

SSgt Shaun Hostutler gives us a look inside the 9/11 Tribute Center in New York City. Available in high definition.

9/11 Ceremony in Kyrgyzstan with Kyrgyz President

The Transit Center at Manas is the staging area for most of the air operations going into and out of Afghanistan. The Kyrgyz president was guest of honor at this year's ceremony. Includes sound bites from Roza Otunbayeva, Kyrgyz Republic president. 911TenAnniv

In the beginning it was called the Tarheel Minuteman Road Race. The race was started over 15 years ago, and it was held annually until the tragedy of Sept. 11, 2001. The race was initially the brainchild of the late Retired Master Sgt. Charlie Tanner. The trophies for the fastest male and female runners are dedicated to him. The race is open to retirees, full-time and traditional guardsmen in the North Carolina National Guard, as well as their dependents and friends. 911TenAnniv

9/11 Remembrance Ceremony with 2nd Squadron, 2nd Cavalry Regiment from Vilseck, Germany and the Panzergrenadierbataillon 122 from Oberviechtach, Germany. 911TenAnniv. The ceremony symbolically gave a 1,469lb steel beam artifact (artifact # H-0031a) from the World Trade Center to the town of Oberviechtach. It is the only original artifact from the World Trade Center given to Germany. Ceremony occured at 14:45 German time which is the exact time the first plane hit the World Trade Center. The guest speakers were the 76th Colonel of the 2nd Cavalry Regiment, Col. Keith A. Barclay from Indiana, Pennsylvania and the chairman from German American Firefighters and Friends, Herr Martin Zimmermann, from Oberviechtach.

President Barack Obama at a 9/11 Tribute at the Pentagon

B-roll of President Barack Obama and First Lady Michelle Obama attending a 9/11 memorial ceremony at the Pentagon on the tenth anniversary of the attacks. Also available in high definition

U.S. and Australian forces remembered the lives lost on September 11th, 2001 during a ceremony on their joint Forward Operating Base Taren Kowt, Afghanistan. The service had a bell ring (Nat) and a moment of silence for the two towers and the Pentagon. One of the guest speakers was only eleven-years-old when it happened. As the sun set, the ceremony concluded with Taps and a missing man helicopter formation. Also available in high definition. 911TenAnniv Font Info: (Army) SPC Daniel A. Rojas, CBRN Specialist, 3rd Battalion, 101st Aviation Regiment, 159th Combat Aviation Brigade from Prosser, Wash. Other Info: CBRN= Chemical, Biological, Radiological, & Nuclear

Carrying Weight, as a 9/11 Tribute

Air Force Airmen in Iraq are remembering the events of September 11th, 2001 in military fashion. Air Force Sergeant Gene Taylor shows us how carrying a lot of weight, can also be a way to pay tribute to the efforts of thousands, over the past decade. Also available in high definition

B-roll of the 9/11 Commemoration Address at the NATO Headquarters.

Reflecting on 9/11 During Chapel Service

Capt. Tiffany O'Neal reflects on her experiences with 9/11 during her Sunday morning chapel service in Taren Kot, Afghanistan. Also available in high definition

B-roll of service members in Afghanistan attending a 9/11 Remembrance Ceremony on the ten year anniversary of the 9/11 terrorist attacks. 911TenAnniv

B-roll and interviews. Marine Staff Sgt. Frank Ingrao re-enlisted on Sept. 11th while deployed to Afghanistan. He is also a member of the NYPD which he joined after 9/11. During the Ceremony he accepted a flag to be displayed at the new World Trade Center Police Dept.

A re-enlistment re-affirms your commitment to the military. Staff Sgt. Rebecca Goodwin introduces us to a Marine who picked a day very important to him to re-enlist on.

September 11th: In the Eyes of the Arkansas National Guard

“September 11th: In the Eyes of the Arkansas National Guard” is a video project which offers a look back at that day and the follow on missions tasked to the Arkansas National Guard. The video includes an interview with retired Sgt. Maj. Frank Staples – an Arkansas Guardsmen whose son was in the towers during the attack. Among interview clips from 31 different individuals in the video is an interview with Sgt. Maj. Staples’ son, Adam Staples, who miraculously survived the attack despite being on the 61st floor of the south tower at the time it was hit. Produced by Maj. Chris Heathscott

B-roll of the Spirit of America concert on September 10th, 2011. Also available in high definition.

B-roll on board the USS New York on its way to New York City for the September 11th Tenth Anniversary Ceremony. Scenes include interviews with various service members, various shots of the ship and civilians on board.

B-roll on board the USS New York on its way to New York City for the September 11th Tenth Anniversary Ceremony. Scenes include various shots of the ship and civilians on board.

B-roll of the USS New York under construction.

B-roll of the USS New York under construction.

This edition features a story about how September 11th is often placed in the "Where were you?" category, just like past generations remember the day when time stood still with the assasination of JFK. Petty Officer Erick Holmes introduces us to one soldier and his first hand account of 9/11. Soundbite includes Cpt. John Salazar - U.S. Army, Intelligence Officer, 1st Cavalry Division, Brooklyn, N.Y. Produced by Petty Officer 2nd Class Erick Holmes.

B-roll on Ahmed Shah Massoud. He died ten years ago today. Ahmed Shah Massoud, the former leader of the Northern Alliance in Afghanistan, was assassinated by two members of Al Qaeda, posing as journalists. He was killed two days before the September 11th attacks. Produced by Mel Preen, Kabul, Afghanistan. Also available in High Definition.

Package about Ahmed Shah Massoud. He died ten years ago today. Ahmed Shah Massoud, the former leader of the Northern Alliance in Afghanistan, was assassinated by two members of Al Qaeda, posing as journalists. He was killed two days before the September 11th attacks. Produced by Mel Preen, Kabul, Afghanistan. Also available in High Definition.

Third Army/ARCENTs, Master Sgt. Robert Timmons, talks about his experience during 9/11. He was stationed in the DC area when the attacks occured

Evelyn Fay talks about her memory of 9-11. Afghanistan.