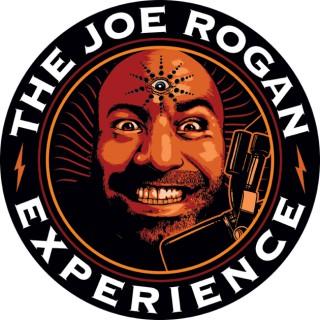 The podcast of Comedian Joe Rogan..

Search for episodes from The Joe Rogan Experience with a specific topic:

Rock climber and adventurer Emily Harrington is a five-time US National Champion in Sport Climbing. She has scaled some of the world's most formidable mountains, including Everest, Ama Dablam, and Cho Oyu, and is the first woman to free climb El Capitan via Golden Gate in under 24 hours.

Rapper, songwriter, and entrepreneur Willie D is a founding member of the classic hip hop group Geto Boys. In addition to his music career, he has been a candidate for public office, written for a widely-read advice column, and is a former Golden Gloves champion boxer. Mike Judge is a writer, director, actor, and filmmaker. He's the creator of Beavis & Butthead, co-creator of King of the Hill & also Silicon Valley, and director of movies such as "Office Space" & "Idiocracy."

John Mackey is the CEO and co-founder of Whole Foods Market, co-founder of the nonprofit Conscious Capitalism, Inc., and co-author of Conscious Leadership: Elevating Humanity Through Business.

Nicholas A. Christakis is the Sterling Professor of Social and Natural Science at Yale University, where he also directs the Human Nature Lab, and serves as Co-Director of the Yale Institute for Network Science. His most recent book is Apollo's Arrow: The Profound and Enduring Impact of Coronavirus on the Way We Live. https://www.amazon.com/Apollos-Arrow-Profound-Enduring-Coronavirus/dp/0316628212

Gary Laderman is a professor of American religious history and cultures At Emory University. He teaches and writes about death and dying, religion and sexuality, and sacred drugs. His most recent book is Don't Think About Death: A Memoir on Mortality.

Adam Alter is a Professor of Marketing at New York University’s Stern School of Business and the author of two books, Drunk Tank Pink, and Irresistible: The Rise of Addictive Technology and the Business of Keeping Us Hooked. https://www.amazon.com/Irresistible-Adam-Alter-audiobook/dp/B06WGMQBBM

Tony Hinchcliffe is a stand-up comedian, writer, and actor. He's also the co-host, along with Brian Redban, of the podcast and live-streaming YouTube show Kill Tony.

Stand-up comedian, radio personality, and political commentator Dave Smith is the host of the Part of the Problem podcast and a co-host of The Legion of Skanks podcast, both part of the GaS Digital Network.

Kermit Pattison is a journalist whose work has appeared in the New York Times, GQ, Fast Company, Runners World, and many other publications. His new book, Fossil Men: The Quest for the Oldest Skeleton and the Origins of Humankind, is available now. https://www.harpercollins.com/products/fossil-men-kermit-pattison?variant=32117911748642

Steven Rinella is an outdoorsman, author, and television personality. He currently hosts MeatEater, available on the Sportsman Channel and Netflix, as well as the MeatEater podcast. His new book The MeatEater Guide to Wilderness Skills and Survival is available on December 1.

Joe sits down with combat sports journalist Luke Thomas, who reports on the latest in boxing and mixed martial arts on the CBS Sports programs Morning Kombat, and Morning Kombat: Dissected.

Called the “closest thing Silicon Valley has to a conscience,” by The Atlantic magazine, Tristan Harris spent three years as a Google Design Ethicist developing a framework for how technology should “ethically” steer the thoughts and actions of billions of people from screens. He is now co-founder & president of the Center for Humane Technology, whose mission is to reverse ‘human downgrading’ and re-align technology with humanity. Additionally, he is co-host of the Center for Humane Technology’s Your Undivided Attention podcast with co-founder Aza Raskin.

Gad Saad is Professor of Marketing at Concordia University, and an expert in the application of evolutionary psychology in marketing and consumer behavior. He's the author of multiple scientific papers and several books, the most recent of which is The Parasitic Mind: How Infectious Ideas are Killing Common Sense.

Former attorney turned award-winning journalist Glenn Greenwald is a co-founder of online news site The Intercept, and the author of several books, the most recent of which is No Place to Hide: Edward Snowden, the NSA, and the U.S. Surveillance State.

Maynard James Keenan is a singer, songwriter, producer, winemaker, actor, and martial artist best known as the vocalist for Grammy Award-winning rock band Tool, Puscifer, and A Perfect Circle. Look for "Existential Reckoning", the new album from Puscifer, on October 30.

Matthew McConaughey is an Academy Award-winning actor known for such films as Dazed and Confused, The Dallas Buyers Club, Interstellar, Free State of Jones, and the HBO television series True Detective. His new memoir Greenlights is now available everywhere and at https://greenlights.com

Dr. Paul Saladino is a physician and board-certified nutrition specialist. He’s a leading expert in the science and practice of the carnivore diet, a food regimen to which Saladino credits numerous health benefits seen in the patients under his care.

Wesley Hunt is a candidate for Texas's 7th Congressional District. A Republican, he is running against Democratic incumbent Lizzie Fletcher. Hunt is a veteran of the Iraq war and former AH-64D Apache Longbow helicopter pilot. When he's not busy with his family or work, Hunt volunteers his time as a youth mentor and serves on the board of trustees for the Harris County Center for Mental Health.

Comedian and writer Tom Papa is the host of the popular podcast "Breaking Bread with Tom Papa" and the author of two books, the latest of which is "You're Doing Great! ... and Other Reasons to Stay Alive." In addition, Papa is also the co-host, along with Fortune Feimster, of the Netflix radio program "What a Joke with Papa and Fortune." It can be heard daily on Sirius XM.

Pro boxer Roy Jones Jr. captured championships in numerous weight divisions, at one time holding a record-breaking seven heavyweight belts simultaneously. In 2003, Jones made history by becoming the first middleweight champion to win a heavyweight title in 106 years. Jones officially retired from the sport in 2017, but signed on earlier this year to fight Mike Tyson in an highly anticipated exhibition bout.

Comedian Colin Quinn is a veteran of stage and screen, with notable stints as a cast member of "Saturday Night Live", host of Comedy Central's "Tough Crowd with Colin Quinn", and star of multiple one-man shows on and off Broadway. Quinn is also the author of several books, the most recent of which is Overstated: A Coast-to-Coast Roast of the 50 States. Check out his new show "Cop Show" available now on Colin's YouTube channel: https://bit.ly/3iD0sjV

Special Forces combat veterans turned entrepreneurs Mat Best and Evan Hafer are co-founders of Black Rifle Coffee Company: a veteran-owned and operated premium, small-batch coffee roastery. When they're not busy at BRCC, you can hear them with co-host Jarred "JT" Taylor on the Free Range American podcast.

Social psychologist W. Keith Campbell is a recognized expert on narcissism and its influence on society at large. His latest book, The New Science of Narcissism, explores the origins of this character trait, why its presence has grown to almost epidemic proportions, and how all of us are at least a little narcissistic.

Tim Dillon is a comedian, tour guide, and host. His podcast “The Tim Dillon Show” is available on Spotify.

Attorney and scholar Brian C. Muraresku is the author of The Immortality Key: The Secret History of the Religion with No Name. Featuring an introduction by Graham Hancock, The Immortality Key is a look into the psychedelic origins of the world's great spiritual practices and what those might mean for how we view ourselves and the world around us. Hancock's most recent book is America Before: The Key to Earth's Lost Civilization, now available in Paperback.

Master bowhunter and elite athlete Cameron Hanes has successfully taken down some of the toughest game in the roughest environments nature has to offer, all in pursuit of becoming “the ultimate predator.” He’s the author of Backcountry Bowhunting: a Guide to the Wildside, and the host of the podcast Keep Hammering with Cameron Hanes.

Writer, stand-up comedian, and cultural commentator Bridget Phetasy’s writings can be found in The Spectator, Quillette, and The New York Times. In addition, she’s the host of the YouTube program Dumpster Fire, and the podcast Walk-Ins Welcome.

Frank A. Von Hippel is an expert in ecotoxicology: the study of how pollutants impact human health and the environment at large. A professor at Northern Arizona University, Von Hippel is the author of The Chemical Age: How Chemists Fought Famine and Disease, Killed Millions, and Changed Our Relationship with the Earth, and the host of The Science History Podcast.

Award-winning documentarian and journalist Jenny Kleeman has reported for HBO’s Vice News Tonight, and BBC’s Unreported World. She is the author of Sex Robots & Vegan Meat: Adventures at the Frontier of Birth, Food, Sex & Death, available now from Pan MacMillan.

Writer, journalist, and political commentator Douglas Murray is the author of The Madness of Crowds: Gender, Race and Identity, now available in a newly expanded paperback edition from Bloomsbury Publishing. Also look for The Strange Death of Europe available everywhere.

Former CIA contractor turned whistleblower Edward Snowden shocked the world when he revealed the misdeeds of the US intelligence community and its allies. Now living in Russia, he is a noted privacy advocate and author who serves as president of the Freedom of the Press Foundation. His book, Permanent Record, is now available in paperback from Henry Holt and Company.

Special Forces operator and retired UFC fighter Tim Kennedy is the founder of Sheepdog Response, a training program aimed at giving law enforcement, military, and others the tools they need to quickly and effectively respond to violent threats.

Ron White is a stand up comedian and actor, best known as a charter member of the Blue Collar Comedy Tour. His special “If You Quit Listening, I’ll Shut Up” is now streaming on Netflix.

Adam Curry is a podcaster, announcer, internet entrepreneur and media personality, known for his stint as VJ on MTV and being one of the first celebrities personally to create and administer Web sites. Check out his podcast “No Agenda” with new shows available every Sunday and Thursday on Spotify.

Mike Tyson is the former undisputed heavyweight boxing champion of the world. Check out his new podcast called “Hotboxin’ with Mike Tyson” on Spotify.

Miley Cyrus is a singer-songwriter, actress, and record producer.

Duncan Trussell is a stand-up comedian, and host of his own podcast “The Duncan Trussell Family Hour”. His new show “The Midnight Gospel” is now streaming only on Netflix.

Nikki Glaser is an American stand-up comedian, podcast host, and television host. Look for her podcast "You Up with Nikki Glaser" available on Apple Podcasts.

David Blaine is an illusionist, endurance artist, and extreme performer. He is best known for his high-profile feats of endurance and has set and broken several world records. His new special "Ascension" premieres on YouTube live on August 31. https://www.youtube.com/watch?v=QwzvNAAqH3g

Tim Dillon is a comedian, tour guide, and host. His podcast “The Tim Dillon Show” is available on YouTube & Apple Podcasts.

Ron Funches is a comedian, actor and writer. His podcast "Gettin' Better" is available on Apple Podcasts & Spotify. On September 5 , his live stand up event "Awakening" will be streaming on YouTube and tickets are now available here: eventbrite.com/e/ron-funches-awakening-tickets-113410704470