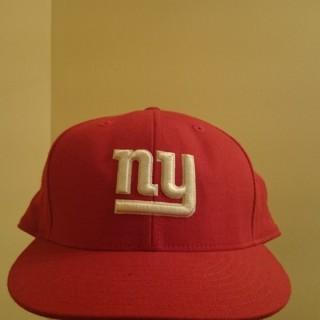 Talking NY Giants Football and holding nothing back

Search for episodes from NYG-New York Giants Talk (STephySTeph) with a specific topic:

I analyze and discuss why I think even though Dak is playing for the Cowboys which is all about #JerryJones because of what #TomBrady and the #TampaBayBuccaneers did and the amount of weapons added to both the NYG offense and defense Daniel Jones should be under more pressure than Dak. I go into the mindset of Dak Prescott and try to figure out what is Dak thinking right now about his division and the Daniel Jones hype? My hilarious take that both #Cowboys and #Giants fans would both find funny. #LOLseriously 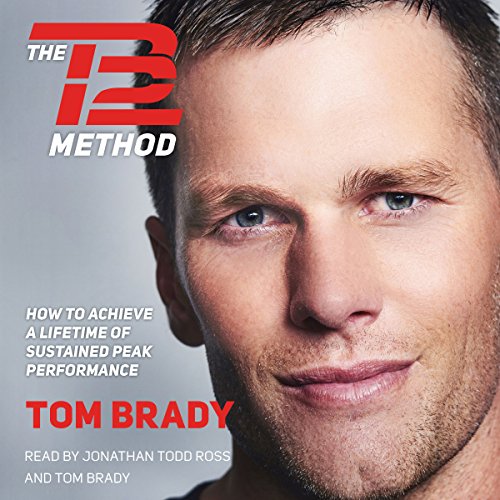 Yes, on this episode of NYG Talk I discuss the HELL WITH THE NFL MEDIA INCLUDING THE STEPHEN A SMITH'S OF THE WORLD HE NEEDS TO CONCERN HIMSELF ABOUT THE STEELERS! i'M NOT A KNICKS FAN FUCK THEM TOO THE LAKERS WILL WIN IT ALL AGAIN!! The Tompa Bay Buccaneers right now is the no1 team AROUNDTHE WHOLE NFL BECAUSE OF THE BRADY FACTOR. THE CROCKBOYS ARE WASHED UP. DANIEL JONES DON'T GET THIS TEAM TO THE NFC CHAMPIONSHIP GAME OR AN OVERTIME GAME IN THE DIVISIONAL ROUND HE NEEDS TO GO BRING IN RODGERS OR THE GIANTS SHOULD TRADE FOR GARDNER MINSHEW & WHY!

The NYGs have signed both Kelvin Benjamin & Corey Clement(that's my son from 2017 draft) could Julio Jones be next? I'll believe it when I see it this would make us a sure lock NFC CHAMPIONSHIP GAME SB CONTENDER!!!

Talking about the Giants schedule for the 2021 season how many wins we may get to plus who cares what Jerry Jones does?

Thoughts on the draft grade wise some players I wished we've have gotten but it's all good if Daniel Jones don't show progression this year which I think he will not why not Aaron Rodgers will be superbowl contenders!!

Thoughts and analysis on the NYGS rounds 2 & 3 picks.

NYG Draft Night Round One The Pick Is

Who will be our first round pick

Thoughts on the TEs in this year's NFL draft I feel Kyle Pitts is overrated & these TEs are flying under the radar & could be late round steals for the NYGs even though we have Rudolph & Engram(who may get traded or cut).

Breaking down the first picks before the NYGs 11th pick, I have a wildcard NFC East trade the WFT will trade up with Dallas to get a player particulary on the defensive side of the football to jump in front of the Giants. Also how the Bengals, Panthers, 49ers could ruin the Cowboys, and Giants draft picks.

2nd annual NYG draft report on players whom I think could or should be Giants in regards to important key positions an depth positions. #AlexSmithretires

First official mocked draft report for NYG Talk 2021 why these players wiould make excellent NYGs to add to the offense and I know that TE #KylePitts is getting all the hype from Florida but my godson Kadarius Toney is a straight up beast, also I still very high on my son #JaylonWaddle as well. There are players on that these offensive lines as well especially NC

Giants finally made a couple of splash plays in free agency now adding Kenny Golliday and Adore Jackson the NYGs should make the playoffs & win the division & we have not got to the draft yet.

Breaking NFC East Report News: #CarsonWentz Traded To The Colts! Are The Eagles Trading For #DeShaunWatson?

I called this it's official I was watching First Take this morning just found out that the Eagles have traded Carson Wentz to the Colts does this mean that the Eagles may pursue DeShaun Watson or go after a QB in the draft? What about Jalen Hurts?

#JPP Is A SB Champion Congratulations To The Bucs!

NYG Talk: Which Team Will Land #DeshaunWatson In a Trade? Washington Perhaps? #DraftTalk

I just found out that the Texans hired a Ravens coaching assisstant when clearly DeShaun Watson wanted Eric Bienemy as HC which only leads to him wanting to be traded most likely. Could Washington be a landing spot for DeShaun Watson if so the whole NFC East will be on notice. Other teams that shoul trade for DWatt: The Los Vegas Raiders should be the frontrunners for DeShaun Watson. Draft talk including Alabama's seniors, & WR prospects. 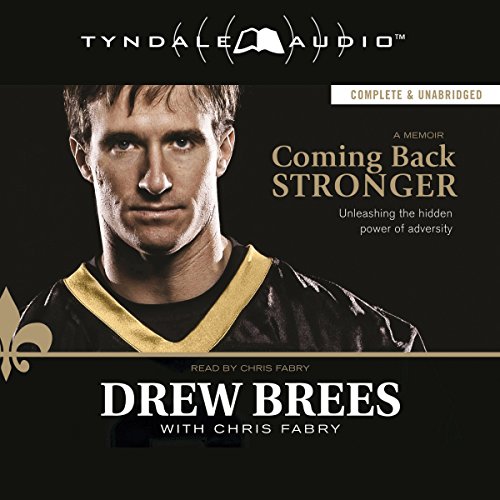 Thoughts the divisional palyoffs this weekend Cleveland nearly upset the Chiefs due to Mahomes injury and concussion, is Lamar a choker was it his fault or should John Harbaugh & Greg Roman to blame? Did Tom Brady prove the NFL world wrong? Is it time for Drew Brees to retire? Will Aaron Rodgers finally get back to the superbowl. Will my wildcard team the Buffalo "Dollar" Bills get back to the superbowl? plus my "I told you so mofos"

#DivisionalPlayoffs Will The Browns Upset The Chiefs In Arrowhead

Watching NFL wildcard weekend Bills end a 26 year playoff drought, Phillip "Cry Me A River" Rivers get get on packing Rams defeat Seahawks & will Washington upset Tompa Bay? Why the NYGs need to draft #NajeeHarris as their first round pick in this year's draft.

Seasons Over NYG Fans Who's Really To Blame

As the Sorry ass Eagles layed down and threw the game for the Washington Crockskins some of you NYG fans solely blaming the season on Evan Engram when in fact we really didn't have enough to look like a championship caliber/playoff team let alone Daniel Jones was a turnver prone machine this year fubles/interceptions. You also have to look @ the front office also.

Watching Eagles Vs Washington Doug Pederson Giving The WFT The Game He Should Be Fired!!

Eagles are giving the Washington team the game he should be fired!

Giants defeated the Dallas Crockboys 23-19 in what was another classic Cowboys Giants rivalry game now awaiting what happens between the Eagles Redskins game.

#CowboysvsGiants Factors and Who Wins

Giants and Cowboys are playing for the division and possibly a playoff push if Washington loses but the game is a 1:00 game @Metlfe I thought it would have been a 4:25 America's Game of the Week or SNF like in years past. Why this game not getting the hype like it used to get?

#CowboysvsGiants Not A Prime Time Game Why?

Thoughts on why the Cowboys and Giants are not a 4:25 kickoff or a SNF prime time matchup as in previous seasons when both teams were playing for either the division or for playoffs because not only they both suck and I believe the Tom Brady factor has a lot to do with it.

Breaking news around the NFC East that Dwayne Haskins has been cut by Washington, will Alex Smith return against the Eagles who wins between the Cowboys and Giants for #NFCEastDivisionTitle

NYGs Loses To Baltimore & Cowboys About To Win The NFC East

Giants lose to the Ravens today as I expected, Redskins fighting with the Panthers and Cowboys are beating the snot out of the Eagles. Next win will determine who wins the division. Plus around the league action.

Giants lose to Cleveland as exspected Baker had time to bake cookies and Xmas Cakes Bradburry clearly was missing, Engram makes the probowl you haters can go to hell the players and critcis made this decision. Our defensive players got snubbed like Dexter Lawrence, Dalvin Tomlinson, Logan Ryan(most definitely) if Shane LeMeiux and Matt Peart would have started they would have made the probowl., That just gives him trade value I know why he made the probowl. Giants fan reaction to the game. This team is aweful. Plus NFC East Report & my latest song parody.

Giants current OC Jason Garrett has Covid-19 will OC remotely and Freddy Kitchens will call plays, plus what does this mean if Bradberry isn't in the backfield against the Browns.

I'm not surprised that happened that they got their asses handed to them again by the hands of the Cardinals. Joe Judge should have started Colt McCoy in this game we would have had a chance. Daniel Jones is NOT A POCKET QB WITHOUT MOBILITY HE IS TERRIBLE!! THE OLINE GOT DESTROYED!! THE TEAM LOOKED DEAD & LOST THE DEFENSE GOT TIRED & OVERWORKED! JASON GARRETT'S PLAYCALLING SUCKED!! PLUS A LOOK AROUND THE NFC EAST! KYLER MURRAY OWNS DANIEL JONES!!!

For the first time the NYGs will play the Cleveland Browns on SNF due to the fact that the Cowboys sucks and the schedule has been flexed. Plus upcoming AZ Cards game. Daniel Jones is expected to be back and the NYGs are saving the NFC East ass this year and so are the WFT quietly. Cowboys and Eagles has failed big time.

NFC East Report NYGs & WFT Upset Wins Where Does This Leaves The Cowboys?

With both Washington and NY pulling off huge upsets this weekend what will the Cowboys do against the Ravens tonight? Could the Ravens decide in the end who wins the NFC East by which they have both Dallas & NY down the stretch. Why the NFL should take the WFT more seriously.

Say it ain't so, they said we had no chance @ defeating the heavenly favored Seahawks(Seacrocks). Colt McCoy was the Real McCoy, Wayne "Train" Gallman was once again sensational. Alfred "The Butler" Morris was good too. Even though Engram had a few drops a questionable INT which was slightly thrown a bit high, when it came down to crucial 3rd down conversions @ the end him & Slayton delivered in the passing game. Defense, run game, and the coaching staff deserves this victory.

News about Daniel Jones injury & time to dicuss the NFL playoff picture contenders and pretenders & who looks like they are on they way out but just maybe make a late season deep run like the Titans did last year. Why both the Steelers and Chiefs need to watch out for the Titans.

NYGs narrowly defeated the Bengals despite losing Daniel Jones to injury, special teams almost blowing it, Engram's funble but he made up for it two BIG GREAT CATCHES!! WAYNE GALLMAN AND THE DEFENSE WERE PLAYERS OF THE GAME!! NYGS SHOWED CHARACTER!! Sterling Shepard also had a crucial catch.(lasst guys on offense of Jerry Reese's draft class).

Good evening on this Turkey Day football & because of the shitshow the Dallas Crockboys put on today being blown out by the WFT 41-16 Cowboys fans everywhere are having huge meltdowns. Plus Mark Columbo got fired good riddens to ex-Cowboys trash. Dear Cowboys fans WTF happened?

While the NYGs are on a bye week there are a list of quality free agents that will be available in 2021 it's depending on our cap space, one in particular is Yannick Ndague, Justin Simmons, Devon McCourty to name a few. Including two tight ends one that DG knows that's Gregg Olsen, Vance McDonald, AJ Green notable free agents in 2021 that may not get resigned. plus csn the NYGs still win the division?

NYG Postgame Finally The NYGS DEFEAT THE EAGLES 27-17 THE CURSE IS BROKEN!!

#NYGvsPHI Round 2 Can The Giants Finally Get A Win

Giants upcoming 2nd matchup with the Eagles can they win

#NYGvsPHI Round 2 Can The Giants Finally Get A Win

Giants upcoming 2nd matchup with the Eagles can they win

NYGs lose close to Tom Brady and the Bucs who's to blame Daniel Jones or the refs. Tom Brady is rigged to win the superbowl period.

NYGs lose close to Tom Brady and the Bucs who's to blame Daniel Jones or the refs. Tom Brady is rigged to win the superbowl period.