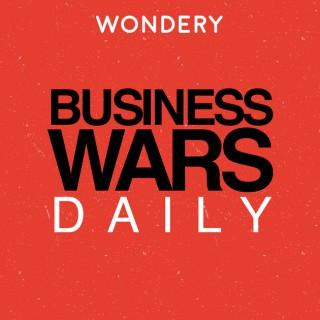 Business rivals are doing battle every day. On Business Wars Daily, we'll give you a brief daily update on the latest wars between the world's biggest companies. Hosted by David Brown from the hit podcast "Business Wars," listeners will get an inside look at some of today’s most controversial disput…

Search for episodes from Business Wars Daily with a specific topic:

Wondery Presents: Flip and Mozi's Guide to How To Be An Earthling

Introducing Flip & Mozi's Guide to How to be an Earthling, the intergalactic musical podcast that brings conservation into the conversation for kids and their grown-ups. From the creators of the #1 Kids and Family podcast, Wow in the World, in collaboration with Grammy-nominated,The Pop Ups, each audio animated, humor-filled episode inspires a sense of environmental stewardship, both for the Earth and all of its animal earthlings. Visit flipandmozi.com for more!See Privacy Policy at https://art19.com/privacy and California Privacy Notice at https://art19.com/privacy#do-not-sell-my-info.

Are Low-Rise Jeans Actually Coming Back?

Six Years After Scandal, Volkswagen is Still Paying the Price

A Promising Mattress Company is Stuck in a Bad Dream

Big Conglomerates are Heading to Splitsville

Uber Slapped with a Discrimination Lawsuit

During the 1-900 number craze of the Nineties, one company provided the vast majority of phone sex. American Telnet was an empire founded by the man who called himself “The Telephone Pimp.” He ran the company “like General Motors” and got filthy rich doing it. But for the (mostly) women who answered the calls and delivered fantasies 24-7, it was a different story. The powerful stigma against sex work was always lurking just beneath the surface, until it threatened to tear apart the whole company. Hosted by Tina Horn (Why Are People Into That?), OPERATOR is an eight-part series about big ambitions, Shakespearean-level corporate backstabbing, men and women at the cutting edge of a technological revolution...and on the front lines of a sexual one.Listen to Operator at http://wondery.fm/OP_BusinessWarsDailySee Privacy Policy at https://art19.com/privacy and California Privacy Notice at https://art19.com/privacy#do-not-sell-my-info.

BP Said It Wants to Be a Climate Champion. What Happened?

Bookworms, Beware of a Shortage

Zillow Went Too Hard, Too Soon With Offers

Johnson & Johnson Does the Texas Two-Step

Your Next Tesla Could be a Rental from Hertz

Grooming Is Getting More Expensive

In California, Wineries Owned by People of Color Are Thriving

Candymakers Get Creative for a Booming Trick or Treat 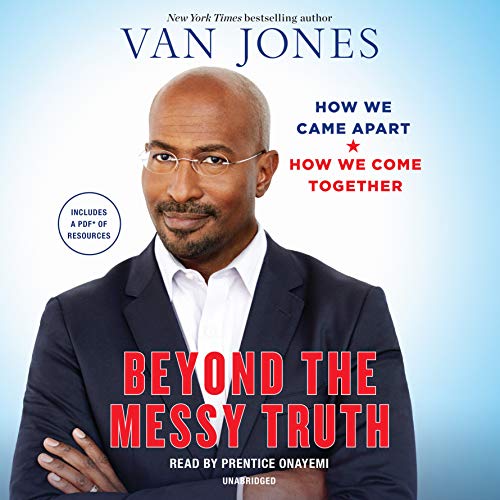 Are you concerned about the future? Tired of divisiveness? Join political commentator and change marker Van Jones on a journey to find unifying solutions to our country's biggest problems. Each week, Van and his guests explore topics that affect us all—from climate change to prison reform, from voting rights to political polarization. In Uncommon Ground with Van Jones, you'll hear inspiring, hopeful, and unique perspectives on what it takes to create meaningful change in a divided nation.Listen to the rest of this episode at http://wondery.fm/UG_BusinessWarsDailySee Privacy Policy at https://art19.com/privacy and California Privacy Notice at https://art19.com/privacy#do-not-sell-my-info.

Can Biodegradable Plastic Save the Planet?

plastic cove save the planet biodegradable

Things Are Getting Ugly for Ugly Food Sellers

Can Childcare Solve the Labor Shortage?

Today is Thursday, October 21, and we're looking at KinderCare vs. Bright Horizons.Listen ad free with Wondery+. Join Wondery+ for exclusives, binges, early access, and ad free listening. Available in the Wondery App. https://wondery.app.link/bwdaily. Support us by supporting our sponsors! See Privacy Policy at https://art19.com/privacy and California Privacy Notice at https://art19.com/privacy#do-not-sell-my-info.

Aspirin's Reign as a “Wonder Drug” May Be Over

Are Psychedelics the Next Big Thing in Pharma?

Vaccine Mandates Are Ready for Takeoff

SeatGeek Just Made Staying In a Little Easier

Why You Should Stock Up on Holiday Spices Now

Introducing: Who, When, WOW!

Created by Tinkercast and hosted by Rebecca Sheir (Circle Round), “Who, When, Wow!” is an auditory journey into the lives of unsung heroes, unknown heroines and amazing humans. Each 20 minute “cartoon-for-the-ear” episode immerses kids and their grown-ups in a historical narrative around one fascinating figure you don't hear about in school but who brought WOW to our world!Listen to the rest of this episode here: https://wondery.com/shows/who-when-wow/See Privacy Policy at https://art19.com/privacy and California Privacy Notice at https://art19.com/privacy#do-not-sell-my-info.

The Race to Find a Tasty Plant-Based Milk

A Taco Subscription? Yes, It's a Thing.

Plant-Based Products Go to the Dogs