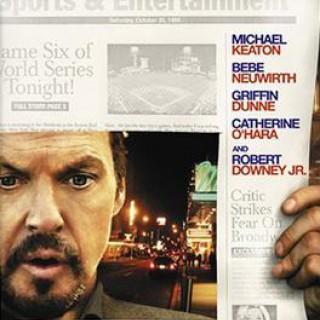 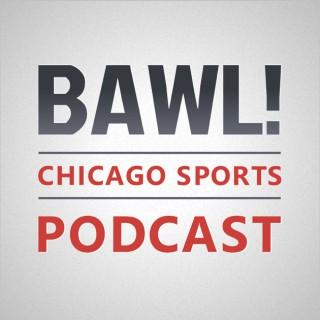 Tone and Gio wrap up the NBA finals, discuss Giannis' performance, Bobby Portis toughness, and congratulate the Milwaukee Bucks on their first title in 50 years! 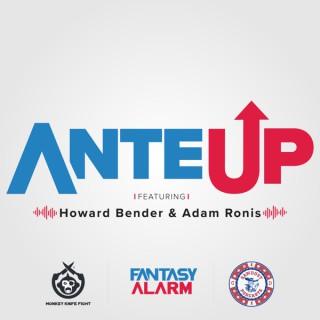 Howard Bender and Adam Ronis talk Jacob deGrom on the IL, training camp battles to watch for fantasy football and betting Game 6 of the NBA Finals. 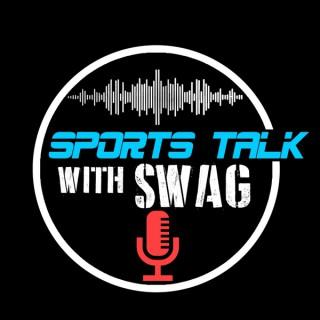 Justin debriefs all that happened in Game 5 of the Suns/Clippers series, including what went right for the Clippers and what the Suns can do in Game 6 to clinch their first Finals berth in nearly thirty years. Later, he also takes a look at Game 4 of the Hawks/Bucks series, including the devastating injuries to both Trae Young and Giannis Antetokounmpo. 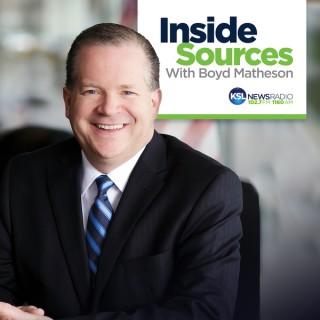 Inside Sources with Boyd Matheson

KSL's Alex Kirry takes us into the strategy--both game-wise and mental--before Game 6, as the Jazz are up against a wall. See omnystudio.com/listener for privacy information. 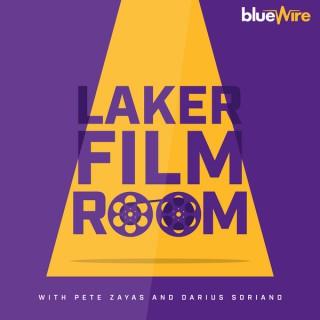 Laker Film Room - Dedicated to the Study of Lakers Basketball

A disappointing lack of resolve after an early Suns' run led to a Lakers' blowout loss in game 5. With the team on the brink of elimination as they head back to Los Angeles, Pete, Mike, and Darius discuss what went wrong in this game and their general frustration with how little fight the Lakers showed as things snowballed against them. Later, the guys discuss if there are any reasons for optimism and whether they believe the Lakers can bounce back to win game 6. Submit your Blue Wire Hustle application here: http://bwhustle.com/join 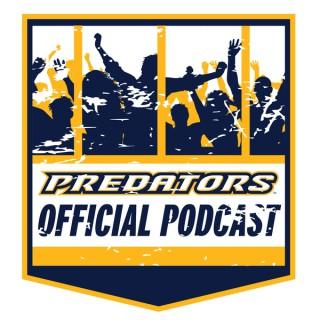 The Nashville Predators' season ends in Game 6 after a memorable first-round series with the Carolina Hurricanes (5:40). How should we feel? What did we learn? What's next? Brooks Bratten and Thomas Willis look back on the season and share their thoughts on the future of the Predators' roster (20:19). They also take a moment to comment on the resurgence of SMASHVILLE and the Preds' home-ice advantage (35:40). Plus, Thomas announces that the next episode will be his final show (46:17). 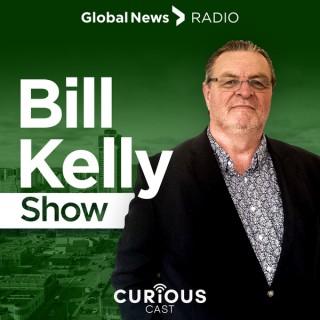 The Bill Kelly Show Podcast: Premier Ford is seeking experts' advice on whether it's safe to reopen schools for the last month of this academic year. He has written to more than 50 public health agencies, hospitals and teacher unions asking for their input on the contentious issue. Ontario students have been in remote learning since the April Break (delayed March Break), with the exception of Peel, Toronto and Guelph students having been moved prior. Ford asked for responses to be submitted by Friday at 5 p.m. and attached seven questions. Ontario parents, critics and experts have been calling on resuming in-person learning due to the possibility of detrimental effects on students in regards to their mental health. GUEST: Laura Babcock, President of PowerGroup - Game 5 Recap: Leafs vs Habs Canada will celebrate the return of fans to an NHL arena Tennis star Naomi Osaka says she won't speak to media at French Open GUEST: Greg Brady, Host of the Greg Brady Show, Saturdays 6-9am on 640 Toronto - Canada’s new mortgage stress test rules are going to make purchasing homes a bit harder for first-time homebuyers, according to several mortgage and housing policy experts. The new rules, which are set to come into effect June 1, ups the minimum qualifying rate, which is a gauge of whether borrowers can handle payments should interest rates increase. According to the Office of the Superintendent of Financial Institutions (OSFI), which confirmed the upcoming changes on Thursday, the rates would rise to either the contracted rate plus two percentage points or 5.25 per cent — whichever is higher of the two. GUEST: Nick Da Silva, Vice President and Mortgage Broker with Northwood Mortgage See omnystudio.com/listener for privacy information. 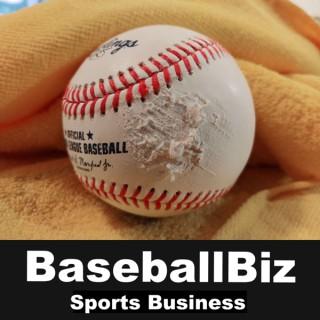 World Series Game 6 - Decisions made, Runs Earned or not 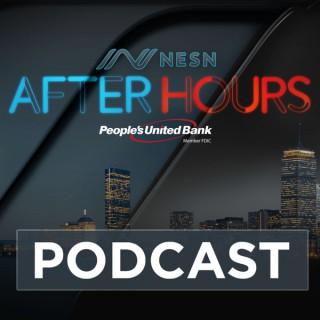 In this week's episode of the NESN After Hours Podcast, presented by People's United Bank, Cealey Godwin and Emerson Lotzia are joined by Pete Abraham of the Boston Globe to discuss Justin Turner's coronavirus fiasco in Game 6 of the World Series. They are also joined by Super Bowl 50 champion and former Denver Broncos offensive tackle Ryan Harris to discuss the latest from the NFL. 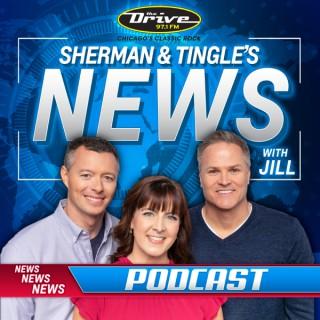 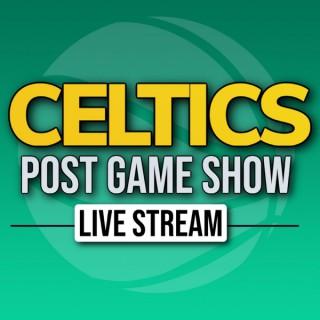 CLNS Media recaps Game 6 of the Eastern Conference Semifinals between the Celtics and Raptors, an instant classic that sent the series to an inevitable Game 7. Jaylen Brown scored 31 points to steady the Celtics offense while Kemba Walker and Jayson Tatum struggled. Marcus Smart added 23 points, a key steal in the fourth, crucial lobs in overtime and nearly a game-tying three pointer to end double overtime. The Raptors won on Norman Powell's 2OT explosion, with a game-tying triple and game-winning steal.  John Zannis, Jimmy Toscano, Josue Pavon and Bobby Manning broke down the action live across CLNS Media's social media channels after the game in our new live version of Celtics Post Game Live. Join us after every game, next for Game 7 on Friday at 9 p;m. All shows are available on-demand after their conclusion on iTunes, please subscribe here https://podcasts.apple.com/us/podcast/celtics-post-game-powered-by-betonline/id1031244168. For Stitcher users: https://www.stitcher.com/podcast/blogtalkradio/celtics-post-game#/ 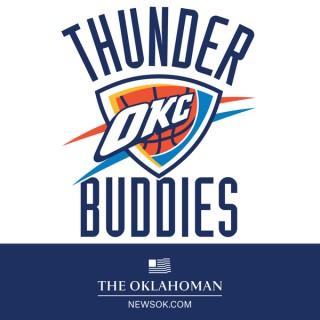 Chris Paul did it again, leading the Thunder to a clutch-time victory in a must-win Game 6. Meanwhile, James Harden and Russell Westbrook stumbled in the final minutes.  See omnystudio.com/policies/listener for privacy information. 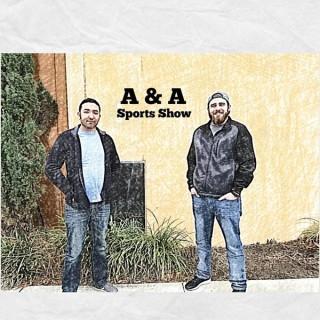 This weeks highlights include Klay Thompson, MLS playoff updates, Tiger Woods, and more. Topics include: (10:20) NCAAF results and reactions. Alex runs through the scores and some of his reactions. (18:00) Kevin reviews the week in the NFL and we discuss a few storylines including Joe Flacco and the JJ Watt news. (39:50) It's bracket time again as this week we name our favorite Wide Receiver in the NFL. Finally at (1:04:19) we get into the World Series and preview games 6 and 7. 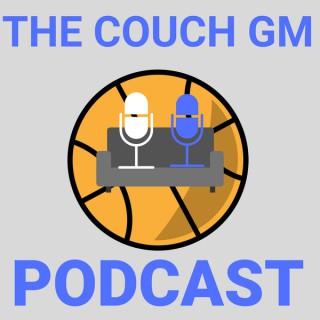 THE TORONTO RAPTORS HAVE WON THE NBA CHAMPIONSHIP!! Matt Chamberlin and Ryan Parker discuss the madness of Game 6 and the impact of the Raptor's Championship. Twitter: @NBAcouchgmpod (https://twitter.com/NBAcouchgmpod) 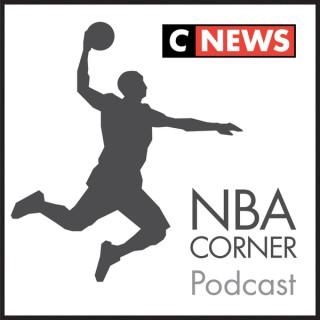 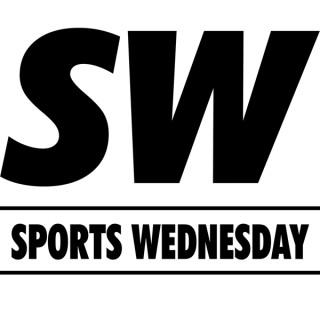 Is Game 6 Bill Buckner's legacy? Is the Indy 500 still relevant? How can the Raptors beat the Warriors in the NBA Finals? Bruins or Blues in the NHL? Plus...gambling on independent league baseball, an update on our Midwest MLB Stadium Showdown, motorsports trivia and the 3 celebrities you'd most like to motorboat. 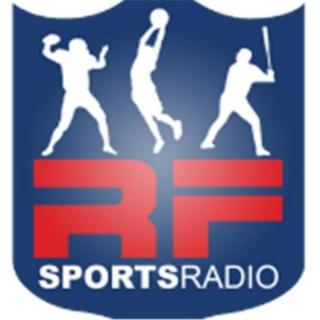 Can the Mavs clinch? Or will the Heat push it to Game 7? Join our roundtable discussion today before Game 6 in Miami.  Hear from Dirk, Jet, Lebron, and D. Wade on what they need to do to win Game 6. Weigh in on the "Dirk fake cough" video!! www.RFSportsRadio.com