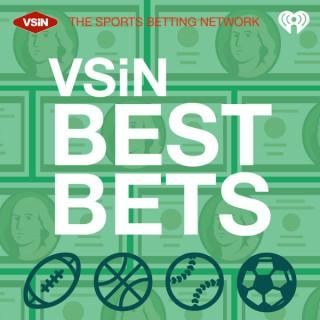 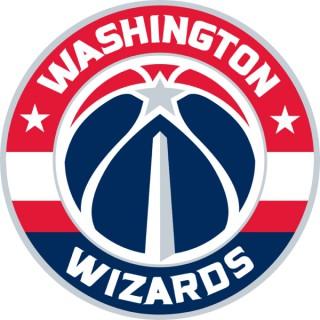 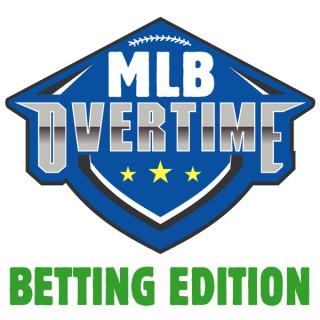 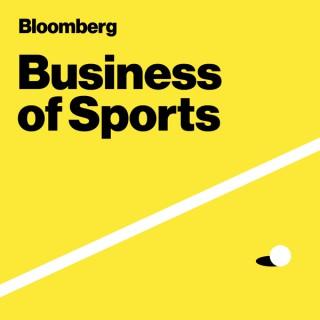 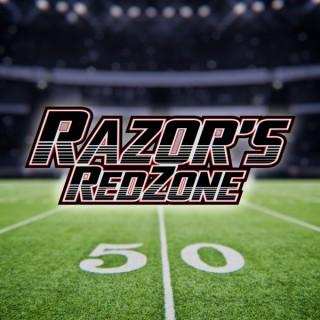 Chris Cichon (@TheBigCheeShow) host of Host of By The Book on the Monumental Sports Network joins Razor to preview the NFC East!   Get all of your NFL Bests Bets and picks on https://beerlife.com! 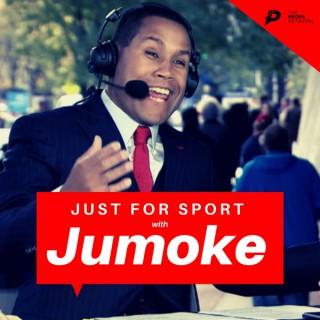 The Rise of Sports Betting and Esports. Plus Skip Bayless, Raptors and the MLB Mercy Rule with Hayley Bour

Just for Sport with Jumoke

MSE's SVP of Strategic Initiatives Zach Leonsis joins the show to discuss the evolution of Esports, Wizards District Gaming's start to the 2K season, Monumental Sports Network and NBC Sports Washington's content and programming during the pandemic, how sports without fans could be broadcast differently, and more. The Off The Bench podcast is presented by the Alibaba Group. 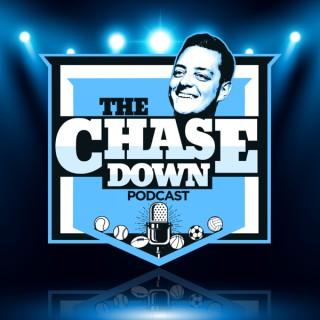 Meghan McPeak is a rising star in broadcasting and as an interracial, female announcer, she's breaking barriers in the process. If you haven't heard of her yet, you're sure to over the next few years as she continues to climb in the industry. McPeak is one of the only woman ever to serve as a play-by-play announcer for an NBA game. McPeak, a native of Canada was also the first female play-by-play announcer in the history of the National Basketball League in Canada. When the Raptors 905 of the NBA G-League won a championship, led by Fred VanVleet and Pascal Siakam, McPeak was there calling the action. She now calls Washington Mystics and Capital City Go-Go games for the Monumental Sports Network in Washington DC. You can follow her on Twitter @MeghanMcPeak. 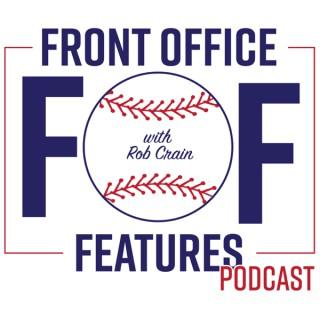 Zach Leonsis, Senior Vice President of Strategic Innovations for Monumental Sports & Entertainment and General Manager of Monumental Sports Network; and a Sports Business Journal 40 Under 40 award winner joined the podcast today. Zach is part of the executive team that runs a massive organization which includes the: Washington Capitals, Washington Wizards, Washington Mystics and seemingly a thousand other sports brands. Zach discusses the leading role Monumental Sports is taking in regards to sports betting and e-sports, and where he sees these industries going in the coming years. Zach reiterates one key principal we discuss all the time, effort and attitude! Plus a crazy story of Alexander Ovechkin dunking during a pickup basketball game.  Help us spread the word of Front Office Features. Follow us on social media and please give our podcast a 5-star review! 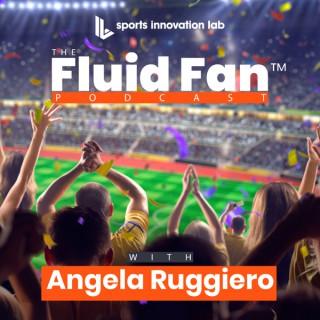 Angela is joined by Zach Leonsis, the Senior Vice President of Strategic Initiatives for Monumental Sports & Entertainment and General Manager of Monumental Sports Network. Zach talks about his diverse role managing content and innovation at Monumental, along with his work within the community of Washington DC. Angela and Zach go over the sports betting landscape in the nation's capital and the William Hill sportsbook launching inside Capital One Arena. 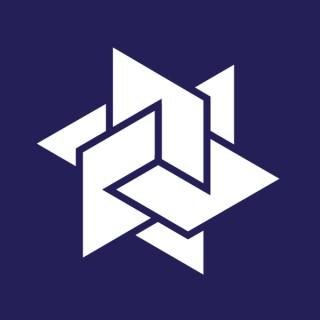 Monumental by name, monumental by nature | NHL vs NBA ownership | esports | gaming | the family business | new OTT models | sports betting | international acquisitions. Zach Leonsis (interview starts at 7.59) is SVP of Strategic Initiatives and GM of Monumental Sports Network, and his influence and interest extends across the group's growing suite of assets, which includes the Washington Wizards NBA team, the Washington Capitals NHL team, the Washington Wizards WNBA team, and Capital One Arena. The group, owned and helmed by Zach's father Ted, also has interests in esports, American football, and broadcast media, and it is on the development of these new, growing businesses that Leonsis junior aims most of his focus. In 2016, Leonsis spearheaded the transformation of Monumental Sports Network, the regional network co-owned by Monumental and NBC, from an ad-based blogging platform into a subscription model direct-to-consumer comprehensive broadcast product. A huge investment in programming has led to significant uptick in subscriptions. Leonsis sat down with Leaders at SBJ's CAA World Congress of Sport, at which he was picking up a 40 Under 40 award, earlier this month. On the conversational agenda: - The breadth and scale of the work he's involved in at Monumental; - Winning the Stanley Cup for the first time with the Wizards last year; - The differences between operating NBA and NHL franchises; - The 'wild journey' he's on with Monumental's investments in esports - including Fortnite publisher Epic Games; - Unorthodox subscription bundles and the new OTT models esports is inspiring; - Sports betting, the opportunity, the challenges, and the misconceptions; - His experience working alongside Owner, CEO and father, Ted Leonsis; - His thoughts on sports ownership, and the chance of a Monumental acquisition outside the US.   p.p1 {margin: 0.0px 0.0px 13.0px 0.0px; line-height: 17.0px; font: 13.0px Geneva} p.p2 {margin: 0.0px 0.0px 13.0px 0.0px; line-height: 17.0px; font: 13.0px Geneva; min-height: 17.0px} li.li1 {margin: 0.0px 0.0px 13.0px 0.0px; line-height: 17.0px; font: 13.0px Geneva} span.Apple-tab-span {white-space:pre} ul.ul1 {list-style-type: disc}

$1 Bet With Michael Jordan has Leonsis High on Sports

Monumental Sports founder Ted Leonsis discusses a host of issues related to the business of sports, including what can be gleaned from the National Basketball Association's recent 3-year, $25 million deal with MGM International, which became the league's official gaming partner. Leonsis, whose company includes Washington's Wizards of the NBA and Stanley Cup champion Capitals of the NHL, also discusses technology's effect on not only sports but sports fans. He also talks about esports and games like Fortnite, which he says could pass the NHL in annual revenue. Leonsis also talks about a $1 bet with Michael Jordan, which demonstrates where sports is headed.  Ted Leonsis is the founder, chairman and chief executive officer of Monumental Sports & Entertainment, which owns and operates a number of professional sports teams, including the Wizards and Stanley Cup champion Capitals. The company also owns Monumental Sports Network, a regional sports network for digital, mobile and direct-to-consumer platforms. 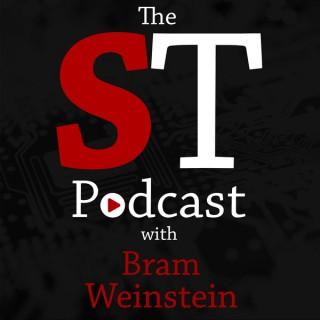 SportTechie's State Of The Industry Recap

On February 13, 2018, SportTechie hosted its inaugural State Of The Industry conference at Barclays Center in Brooklyn, New York. Sports industry leaders from across the country convened to examine the various topics and trends that shaped the sports technology world in 2017, and what is on the horizon for 2018 and beyond. This podcast features some of the most compelling insights shared by speakers at State Of The Industry. In this episode, you'll hear from Grant Paranjape, Director of Esports Business and Team Operations at Monumental Sports Entertainment, Andrew Paradise, Skillz CEO and Founder, Jamie Leece, MLBAM VP of Games, Zach Leonsis, Senior Vice President, Strategic Initiatives & General Manager of Monumental Sports Network at Monumental Sports & Entertainment, Geoff Reiss, GM of Sports at Oath, Lisa Borders, WNBA President, and more.

Zach Leonsis, senior Vice President of strategic initiatives for Monumental Sports & Entertainment, discusses a host of sports business-related topics, including the value and future of esports, digital distribution of sports content and what legalized sports betting would mean for established U.S. sports leagues and teams. Leonsis, son of former AOL executive Ted Leonsis, helps to oversee a company whose assets include the NBA’s Washington Wizards and NHL’s Washington Capitals and their arena, Capital One Arena. He also talks about why the NBA could surpass the NFL for global dominance.  Leonsis is also general manager of Monumental Sports Network, a first-of-its-kind regional sports network for digital, mobile and over-the-top platforms. In 2016, Leonsis led the transformation of Monumental Sports Network – co-owned by Monumental Sports & Entertainment and NBC Sports Group – from an ad-based blogging platform into a direct-to-fan service content provider. 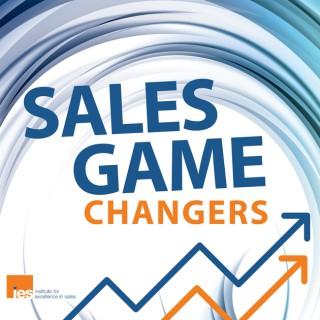 Read the complete transcript for this podcast and dozens of other sales leaders on The Sales Game Changers Podcast website. Patrick Duffy is the Senior Vice-President for Global Partnerships for Monumental Sports & Entertainment headquartered in Washington, D.C. Patrick is a graduate of Florida State's MBA Program. He joined Monumental in 2014 and overseas marketing partnerships for all of Monumental Sports properties, including the Washington Capitals of the NHL, the Wizards of the NBA, the Washington Mystics of the WNBA and the AFL's Washington Valor and Baltimore Brigade, as well as the NBA's new eSports venture into NBA 2K. In addition to sports properties, Monumental Outdoor and Monumental Sports Network's Partnership Marketing, both fall under Patrick's management. Patrick has long track record of success throughout the sports industry. Prior to his current role with Monumental, he served in a leadership role with the Tampa Bay Lightning and also of the New York Islanders earlier in his career.

Phil Chenier joins Off The Bench immediately after finding out his number 45 will be retired by the Washington Wizards organization, the fifth number retired in franchise history. Included in this episode: Chenier's reaction to finding out and what it means to him (1:45), the emotional night ahead in March of his jersey being retired (7:00), the 40th anniversary of the Washington Bullets 1977-78 championship season and why it’s bittersweet to him (10:00), and the future of the current Wizards and the team’s outlook in the league (23:00). Then, the guys call Chenier’s long-time broadcast partner Steve Buckhantz to surprise him with the news (32:00), and the two tell the best stories from their near two decades together, including how they first met, hotel room pranks, showing up to the wrong stadiums, and much more (37:00). Finally, Chenier shares what he’s been up to this summer, future plans with Monumental Sports Network and CSN-Mid Atlantic, and wrapping up the special announcement (102:00). 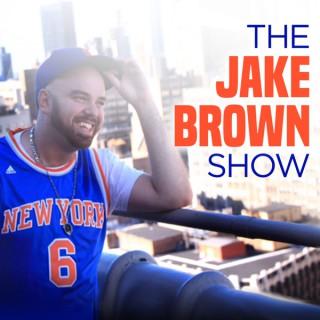 JB opens the show talking about what happened in Charlottesville and how much of a disgrace it is. He then talks about Marshawn Lynch sitting for the national anthem. We talk Los Angeles Chargers and their stadium debut, Robert Aguayo, Bryce Harper, and much more. (35:25-end) Monumental Sports Network reporter Anna Tarullo (@tarullotweets) then joined us to talk Baltimore Brigade, DC sports, and disco. 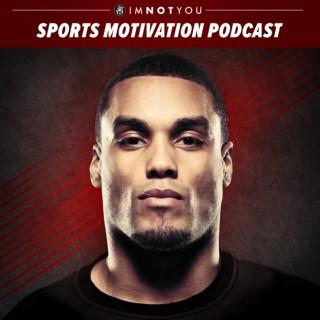 Adam Bradley is an entrepreneur, entrepreneur, speaker, and coach born & raised in the DMV. Adam started his entrepreneurial endeavours back in 2010 building a local online sports radio network called “Ball Hogs Radio”. In less than 3-years Adam grew his network from one show to nine shows and in 2013 signed an agreement to become part of Ted Leonsis, the Owner of the Wizards & Capitals, and his Monumental Sports Network. Two years later, Adam stepped away from his ownership role of the network to put a greater focus on his nationally recognized coaching podcast the Hardwood Hustle & his sports leadership company Lead 'Em Up. Through Adam's Hardwood Hustle podcast he's had the opportunity to sit down with some of the biggest names in sports; Kevin Durant, Mark Cuban & Jay Bilas. As the Founder of Lead 'Em Up, he works with High School athletes all over the country providing High School coaches with a leadership and character curriculum to implement with their teams. Adam just celebrated his 8th wedding anniversary and this past week and this last year he and his wife welcomed his first baby, a little girl named Georgia. Adam is passionate about impacting people and has a heart focused on building up those around him. In today's episode, Adam and I discuss important topics like; coaching advice, handling pressure within statistics, concerns within an athlete's appearance, 'attraction vs. chase', and learning from life's biggest lessons and challenges. Check it out! Episode 71 Time Stamps: (7:07) The start of Adam's passion for sports (14:09) Common characteristics among famous athletes that set them apart from the crowd (19:51) Mental toughness, dominant mindsets, and getting yourself fired up on bad days (23:05) Valuable coaching advice; specific things we can't stand about our players (27:06) Approaching statistics (30:12) Healthy fruit produces! (32:05) Advice for players concerned about their appearance; "Attraction vs. the Chase" (36:36) The most effective way to transform a culture/team (39:15) Adam's most challenging period in his life; how he learned from his 19-year-old self (44:47) Must read books in Adam's library! Click HERE for today's blog post! DISCOVER:  Hardwood Hustle Podcast: iTunes | Website Lead 'Em Up Official Website: LEADEMUP.com Adam's personal blog website: abradley.life Connect with Adam on Twitter: @ABradley5 As always, if you're diggin' the podcast, please subscribe and rate the show! Blog posts for ALL podcast episodes can be found here: IMNOTYOU.COM/PODCAST Thanks for listening to another IMNOTYOU Sports Motivation Podcast! Much love!