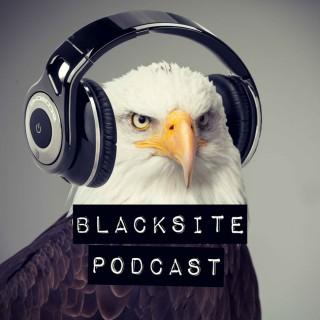 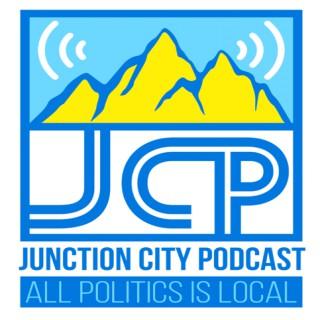 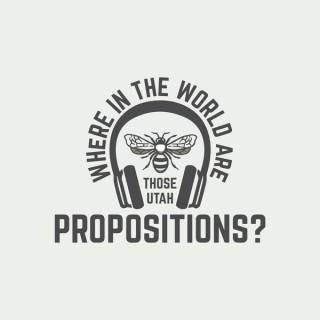 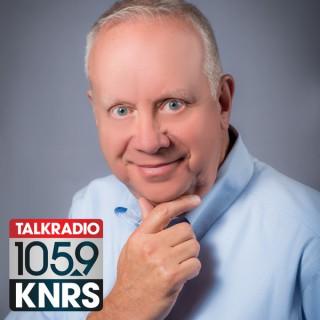 This is the End

This is the end: the end of the legislative session, the end of Utah’s mask mandate, hopefully(!) nearly the end of the pandemic itself. Is it also the end of Blacksite Podcast? Kind of! You’ll have to tune in to find out.  Trina Perez, owner of Salt Lake City’s Buzzed Coffee truck joins us to talk about what the mask mandate has meant for her business and how its end might make things worse. Plus, Kate Matheson and Chase Thomas from Alliance for a Better Utah help us wrap up this year’s legislative coverage!

The Crew talk about the BS response to HB 411 from Mayor Caldwell and Mark Johnson, plus they give you "just the tip", their pinkies up and thumbs down for the week, and upcoming events happening before the election. Check it out! Alliance for a Better Utah invited JCP to their election Extravaganza! Watch for the crew on Tuesday to react to the Weber County Election results. 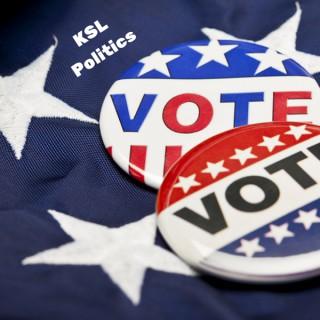 Burgess Owens, candidate for Utah's 4th congressional district, has refunded some of what's estimated to be at least $135,500 in campaign contributions. Lee speaks with former congresswoman Mia Love and Chase Thomas, executive director for Alliance for a Better Utah. See omnystudio.com/listener for privacy information. 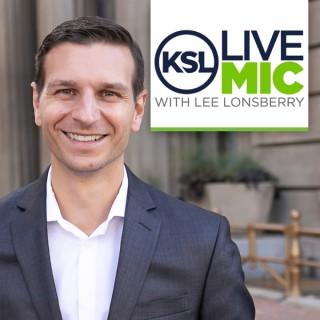 Burgess Owens and the FEC

Burgess Owens, candidate for Utah's 4th congressional district, has refunded some of what's estimated to be at least $135,500 in campaign contributions. Lee speaks with former congresswoman Mia Love and Chase Thomas, executive director for Alliance for a Better Utah. See omnystudio.com/listener for privacy information. 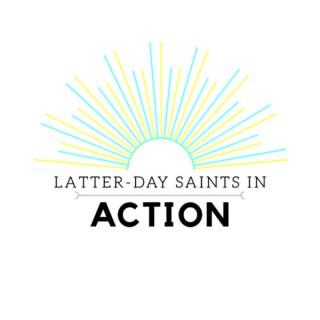 In this episode, our host Matt Gardner talks with the communications director for Alliance for a Better Utah, Katie Matheson.  They talk about Katie's story as a singer deciding to get into politics.  The touch on some of the difficulties this election season around mail-in voting and how we can make sure our ballot gets counted.

It's voting season for the Indie Ogden Awards, so our guest host is Dan Matthews from Indie Ogden. Plus the second week of Utah's legislative session has just wrapped up, so Katie Matheson returns from Alliance for a Better Utah to give us the low down.   Special thanks to our sponsors, Foley's MMA and Ashley Wolthius and the Elements of Real Estate    Show Notes | Patreon | FB Group | Instagram | Twitter | YouTube

LET'S GET READY TO LEGISLATE!!!

Chase Thomas and Katie Matheson of Alliance for a Better Utah join us at the Blacksite to discuss upcoming bills in the Utah Legislature. Next, we talk about the heroics of Pierre Delecto... maybe. Also, Courtney gets a gavel.

The legislative session starts this Monday, and it only last forty five days, so you better start learning about what they're doing now! That's why we brought back our friend Katie Matheson from the Alliance for a Better Utah to give us the low down.  Special thanks to our sponsor, Ashley Wolthius and the Elements of Real Estate!   Show Notes | Patreon | FB Group | Instagram | Twitter | YouTube

Ep 2 - The Impossible Midterms by Alliance for a Better Utah

Ep 0 - Where In The World Are those Utah Propositions?

Join us starting November 6, 2019 for a three part podcast series produced and hosted by J.P. Romney in conjunction with the Alliance for a Better Utah. 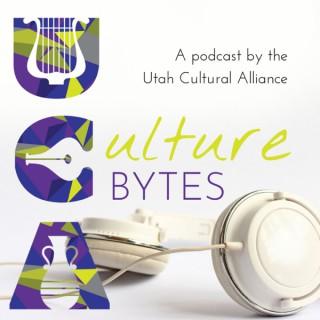 Katie Matheson is a board member of nowplayingutah.com and she works as the Communications Director at Alliance for a Better Utah. A trained singer, Katie talks about how she uses her musical training in her work in politics and policy.

Rod Arquette Show Daily Rundown - Friday, July 12, 20194:20 pm: Lauren Simpson, Policy Director for Alliance for a Better Utah, joins the show to discuss why she says calling the protesters involved in the Inland Port incident this week domestic terrorists only widens the political divide on the issue4:35 pm: Grover Norquist, founder and President of Americans for Tax Reform joins the show for a conversation about Utah's ongoing tax reform discussions. What has worked, and not worked, in other states in the U.S.?5:05 pm: Representative Jen Dailey-Provost has proposed the idea of providing “safe consumption sites” for illegal drug users to consume those drugs with doctors watching and she joins Rod to discuss why she supports the idea6:05 pm: Justin Swain of Utah for Responsible Growth joins the show to discuss why the group wants Salt Lake County to stay out of the way when it comes to the proposed Olympia Hills development in the county’s southwest quadrant and instead allow the neighboring cities to direct the project6:20 pm: Marian Tupy, Editor of HumanProgress.org and a Senior Policy Analyst for the Cato Institute’s Center for Global Liberty and Prosperity, joins Rod to discuss his recent piece on fee.org about why Americans are not worse off now than they were in the 1970s6:35 pm – Listen Back Friday: We’ll listen back to Rod’s conversations this week with University of Chicago International Politics Professor Charles Lipson on the Jeffrey Epstein case and (at 6:50 pm) with blogger Francis “Buddy” Menton on why the left is so angry

Down the Boulevard of Broken Legislative Dreams

Pour yourself a glass and join us on the Boulevard of Broken Legislative Dreams. Dan and Courtney are joined by  Chase and Katie of Alliance for a Better Utah. We talk about the highlights and (mostly) lowlights of Utah's 45-day Legislative session. Later, we talk Beto O'Rourke and the art of the Compromise.

Rod Arquette Show Daily Rundown - Friday, March 15, 20194:20 pm: Kate Bradshaw, Director of the Responsible Beer Choice Coalition, joins the show to give us her thoughts on a bill passed by Utah lawmakers to raise the alcohol level in beer sold in convenience and grocery stores to 4 percent, rather than the originally suggested 4.8%, the possibility of which will be studied under the measure5:05 pm: Utah Jazz Owner Gail Miller has laid down the law when it comes to fan behavior during home games, and another fan has been banned for life. Was this the right move or are the masses being punished for the behavior of the few? We’ll take your calls at 888-570-80106:05 pm: Utah Speaker of the House Brad Wilson joins Rod to wrap up the 2019 Utah Legislative session6:20 pm: Chase Thomas, Executive Director of the Alliance for a Better Utah, joins Rod to discuss their disappointment in a trio of bills passed by Utah lawmakers that will change the ballot initiative process in Utah6:35 pm: Neal Harmon, CEO of VidAngel, a company that provides “clean” versions of Hollywood movies, joins the show to give us his reaction to the company being ruled liable for copyright infringement

LEGISLATURE IS BACK IN SESSION! That means a lot of lawmakers blatantly disregarding the will of the people! Chase Thomas from Alliance for a Better Utah joins us to discuss the legislature's attempt to repeal and replace Medicaid expansion. We also talk bills to repeal straight party voting, new gun laws, and MORE! The Thrill of Bills! Also, Ryan is our designated survivor. He's playing Dungeons and Dragons. 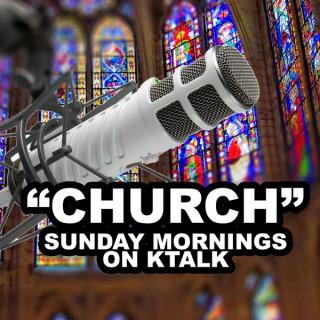 Today on Comic-Church we're going to be discussing Moral Patriotism vs Toxic Patriotism using Steve Rogers from the Marvel Universe as the shining example of ways we can be leaning into the "better angels of our nature" instead of leaning toward the toxic ones. Comic Pastors Drew, Jesse & Sean will be joined today by Katie Matheson, the Communications director from Alliance for a Better Utah.

Blacksite celebrates Christmas and does a year-in-review with Chase Thomas of Alliance for a Better Utah. Also, a sneak peek of 2019!

Chase Thomas, Policy and Advocacy Counsel for the Progressive watchdog group Alliance for a Better Utah tells us about his organization's success in pushing to balance Utah politics and hold our elected officials accountable to the people, and about what it's like to come out as gay while a law student at BYU (not as bad as you'd probably think!). In our panel discussion, we consider whether Orrin Hatch can really care about "the poor people" and still support the GOP tax plan, as he claims. We also discuss the progress and potential pitfalls of the #metoo movement. Plus: Donald Trump is coming to Salt Lake City. Wendover's calling!

Rod Arquette Show Daily Rundown - Monday, November 27, 20174:20 pm: Kim Komando, known as America’s Digital Goddess and heard weekends on KNRS, joins Rod to discuss the massive increase of online shopping on the day known as “Cyber Monday”4:35 pm: Don Peay, a member of the Donald Trump election team and founder of Sportsman for Fish and Wildlife, joins the show to discuss his recent op-ed in which he lays out the facts about multiple-use of public lands in Utah6:05 pm: Representative Steve Handy joins the show to discuss legislation he is sponsoring that would provide a study comparing the costs of holding an inmate on death row as compared to an inmate sentenced to life in prison6:20 pm: Josh Kanter, Board Chair at Alliance for a Better Utah, joins the show to discuss his recent op-ed in which he says the state should think very hard about putting in another bid for the Winter Olympics6:35 pm: Thomas Burr, Washington Bureau Chief for the Salt Lake Tribune, joins Rod to discuss Interior Secretary Ryan Zinke’s approach to reorganizing his department 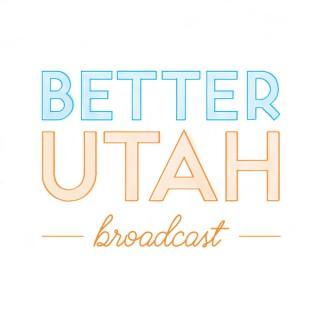