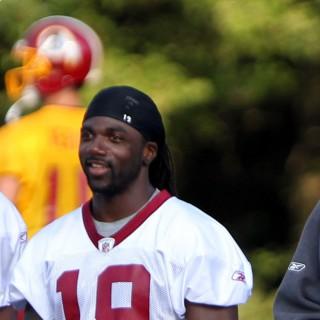 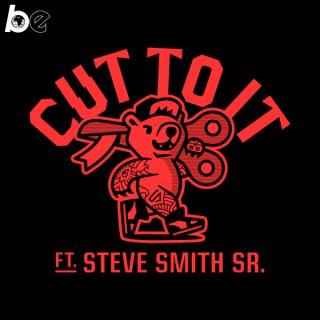 Former NFL wide receiver Donte Stallworth joins the guys to share stories of (sort of) meeting his idol, adapting to the public eye, and of course his life as an NFL athlete. Plus, G gets to diversify his resume and do a bit of NBA analyzing. Learn more about your ad-choices at https://www.iheartpodcastnetwork.com 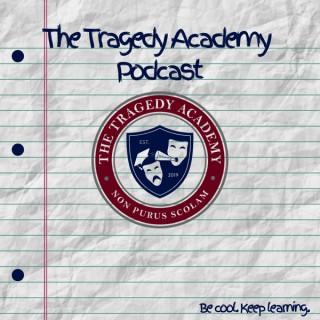 "The Exchanging of the Rings" A revised NFL Superbowl ring exchange proposal.

Wait til you hear about our NFL ring ceremony concept...Jonah is back in from his Fresh year of college and contributes in a big way. Maria can best be described as mildly bemused and tolerant as the guys propose the following:1) What would you do if you had the Stanley Cup for a day?2) A total reimagining of the NFL Super Bowl ring ceremony. What if NFL Super Bowl rings were turned over every year like the Stanley Cup? 50 yard line, previous winners line up across from new winners and (Benny Hill theme starts playing) each player has to find another one to wear his ring.Would there be Red Carpet event fan overlap for the Super Bowl if there was a week long leadup with players discussing the rings, their potential outfits for the ceremony and who their potential targets might be?If this sounds to you like it might be a terrible idea, maybe you need to ask yourself this question: “If Elvis Grbac, 1994 Michigan Wolverines starting QB, thinks its a great idea...is it possible that maybe I’m the one missing the point?”*If you are an NFL athlete or know an NFL athlete, please explain to us why or how you think this will be successful and who to contact to make it work.*To date, Elvis Grbac is definitely unaware of this idea and may or may not think it’s a good idea.Please visit us at https://thetragedyacademy.com On social media, you can find us at @thetragedyacademypodcast on Instagram, The Tragedy Academy Podcast on Facebook, and @tragedy_academy on Twitter.  Don't forget to subscribe, download, rate, and review! (39:50) Superbowl ring exchange proposal.(38:05) Stanley Cup lightning rod hat viral video. #nfl #football #sports #nba #nfldraft #nflnews #superbowl #nflfootball #life #mlb #espn #nflmemes #americanfootball #madden #touchdown #afc #nfc #comedian #laugh #rogan #bertkreischer #pattonoswalt #offensive #chrisrock #chappelle #equality #collegefootball #fantasy #roto #fantasyfootball #redcarpet #fashion #comedy #funny #hilarious #ridiculous #timanderic #joke #standup #lol #nfl #football #sports #nhl #stanleycup 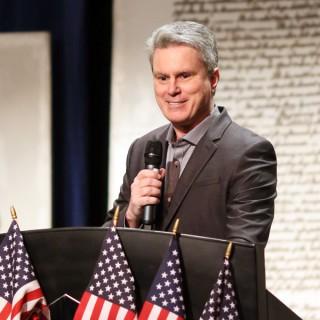 The National Football League plans to feature 'Lift Every Voice and Sing' -- which some have dubbed the 'Black National Anthem' -- before its 2020 Week One football games. Former NFL player Donte Stallworth, in a New Times op-ed, asks 'Why?', when the league ignores concrete actions it could take to promote more Black coaches and general managers. Meanwhile, the Times announces it will capitalize the word Black when referring to persons. Can such symbolism, such token justice, heal our nation? Bill Whittle Now with Scott Ott is a production of our Members. https://BillWhittle.com 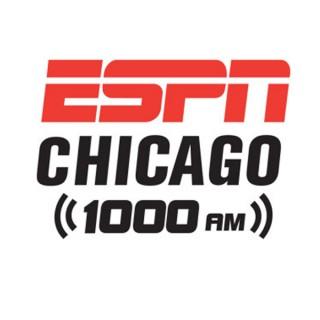 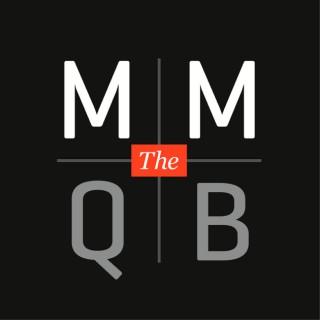 Albert Breer discusses this week's ongoing protests across the country and speaks to former NFL wide receiver and CNN contributor Donte Stallworth on what his experience has been like in Washington D.C. during the demonstrations Learn more about your ad choices. Visit megaphone.fm/adchoices 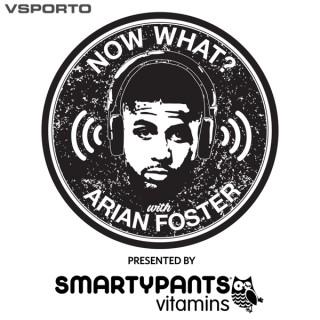 22. Off the record with Donte Stallworth

Now What? with Arian Foster

Donte Stallworth is a former American football wide receiver who played ten seasons in the NFL. He was drafted by the New Orleans Saints in the first round of the 2002 NFL Draft and is now an outspoken activist on many issues. 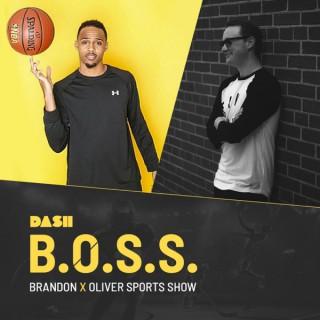 Donte Stallworth (@dontestallworth) joins the show to discuss his life in the NFL, how he got into Media, football and much more. 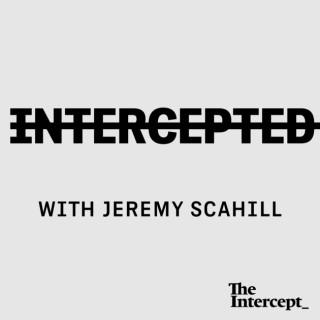 This year in the National Football League, there have been 281 recorded concussions that players have suffered — spanning from the pre-season right up to the last playoff games. This weekend is Super Bowl Sunday. That is a macabre sort of record — it represents the most concussions in a season since the NFL started keeping track six years ago. The hits that these players take over and over during their careers can lead to very serious brain damage and a  degenerative condition known as Chronic Traumatic Encephalopathy or CTE. We are doing this special episode of Intercepted to highlight a gut-wrenching new short film that The Intercept’s Josh Begley has directed. It is called "Concussion Protocol." In this special bonus episode of Intercepted, Josh Begley, The Intercept’s Shaun King and Donte Stallworth, a ten year veteran of the NFL, discuss brain injuries, the #TakeAKnee protests, and Trump’s attacks on athletes. Josh Begley’s video “Concussion Protocol” can be viewed at theintercept.com/NFL. 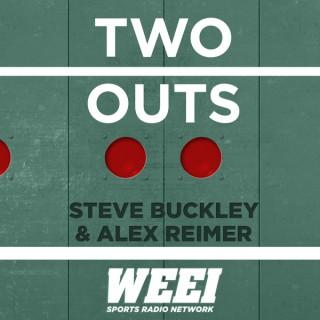 In this episode of "Two Outs," Reimer and Buck speak with former NFL wide receiver Donte Stallworth. Stallworth is one of the most socially progressive voices in sports, and frequently lends his support for LGBT causes. But it wasn't always that way. By his own admission, Stallworth used to be homophobic. He discusses his transformation and the role his background as an African-American played in his change of view. Stallworth also briefly talks about his history with the Patriots, and thoughts on ESPN's recent explosive feature story about the alleged rift in Foxborough. 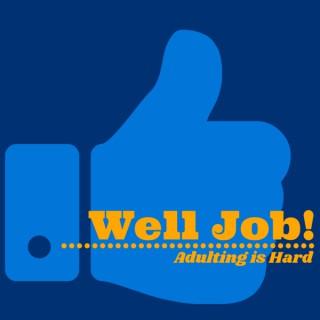 (photo credit: Flickr/Tam Tam) 3:18 In a tweet, Nessa Diab, a radio host and Colin Kaepernick's girlfriend, compared Ray Lewis and Ravens owner Steve Bisciotti to Samuel L. Jackson's character in "Django Unchained." Did it hurt Kaepernick? 7:20 Kaepernick in context: Ali, Brown, and other civil rights leaders whose skills made them impossible not to hire. 10:00 The hard truth about America: if Kaepernick's protest is going to be successful, more white players will need to take a knee. 12:04 There are plenty of NFL players who committed actual crimes, but get to play afterwards. Leonard Little, Michael Vick, Donte Stallworth, Kevin Mack, to name a few. 15:40 The thing about solidarity is that if everyone kneels, you have to find a whole new team. 17:20 We compare teams huddling in protest and teams huddling in prayers. 18:23 Confessions of Recovering Skins Fans - why do so many Washington natives stand passively by about their team's racist name and racist logo? 19:22 If you're the Washington Football team with the most racist history of any team in the NFL, you don't have the moral authority left to belligerently defend the mascot. 21:15 What must it have been like for Ernie Davis, Bobby Mitchell, John Nisby, and Ron Hatcher to integrate the NFL, particularly the reluctant Washington team? 25:50 The Washington Redtails 27:27 Troy shouts out his Steelers as an example of a team that gets out in front of many social justice issues. #rooneyrule 29:01 STFU James Harrison dot tumblr dot com? 29:34 Our favorite TV shows and movies! 33:58 Was Cha-Ka, who, incidentally, was played by a white actor who grew up to become a litigation support manager the "black" character on Land of the Lost? 36:27 TV truth 1/3: Benny Hill, the Cinemax of the 70's. 38:00 TV truth 2/3: As tired parents, some of us enjoy our Judge Judy and Atlanta Housewives. Don't judge. 38:52 TV truth 3/3: most of us watched Dukes of Hazzard. The racism was overt and covert. 41:15 We declare a winner in Power vs. Empire, but give Empire a big handicap. 43:32 To binge or not to binge? 44:00 Whyyy are people so compelled to spoil on social media? 48:01 Troy gives us some TV watching homework - the best kind of homework: Watching Ozark. 48:45 Each hero offers up their favorite movies of all time. 52:20 Is Christian Bale the best Batman ever? And who was the worst? Our heros hit this tangent hard. Apparently it is up for debate. 54:10 Willie channels his inner New York Times movie critic by prefacing his top five of all time with a monologue about his dating life and theories on Rom Coms vs. Dramas with Romantic Themes. Pulitzer on line one. Our favorite movies: Jayme's faves: Best Man, Boys in the Hood, The Notebook, The Shawshank Redemption, The Dark Night Rises Willie's faves: The Bridges of Madison County, Jungle Fever, The Last Mistress, Dangerous Liaisons, 500 Days of Summer, Lost in Translation. Honorable mention to Celeste and Jesse Forever Troy's faves: Friday, Goodfellas, Inception, Godfather (Scarface is in top 10.) Erica's faves: Moana, Hidden Figures, A League of Their Own 1:00:06 We say goodbye after Willie announces his plans to replace his co-hosts with a stray cat. 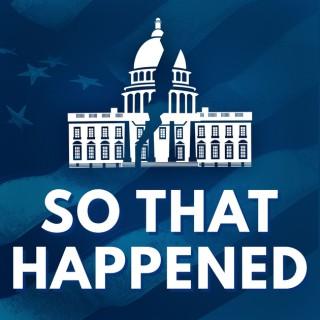 President Donald Trump read what he pretended was an excerpt of his own speech this week in order to claim he'd been wrongly criticized, except he omitted the part that caused all the criticism. You know, the part in which he excused white supremacists for domestic terrorism in Charlottesville. Journalist and former NFL veteran Donte Stallworth joined "So That Happaned," the HuffPost Politics podcast, to talk Trump and also the phenomenon of NFL players refusing to stand for the national anthem. In light of our head of state's friendliness with Nazis and the KKK, is there any reason to think football players won't continue to bend the knee? And why hasn't an NFL team signed Colin Kaepernick? Also, Trump finally a new Afghanistan policy of... more war. But how much more? We asked foreign policy correspondent Jessica Schulberg to explain what might happen and why. See acast.com/privacy for privacy and opt-out information. 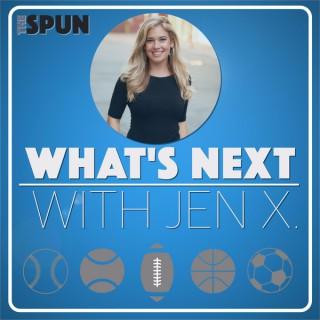 What's Next With Jen X.

We pick up right where we left off on part two of my sit down with Donte Stallworth and we all discuss the role of the athlete activist. Donte believes through history, the activist athlete has always been vindicated and has the receipts to prove it. We get his take on Colin Kaepernick's future in the NFL and we find out whether or not he'd make the trip to Trump's White House after winning the Super Bowl... 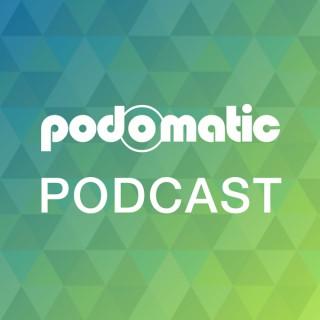 Our fanalysts discuss NBA free agency, AI to Miami (NOOOOOOOOOOO!) Tell Dwyane Wade to stop bitching, plus the MLB all-star break, predictions, analysis, and an attack on Donte Stallworth and why he got out too easilly!