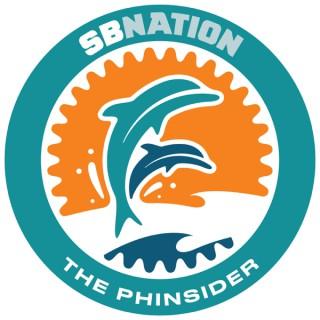 The Phinsider: for Miami Dolphins fans 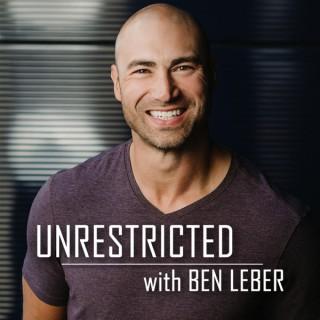 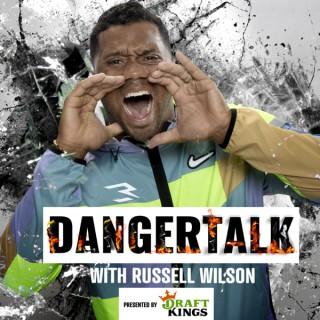 The Seahawks are 5-0, Ken Griffey Jr. joins the Show, and Russell becomes the newest member of the Madden 99 club

For the first time in franchise history the Seahawks are 5-0! Russell and Jeff start the show by discussing the Seahawks impressive comeback victory over the Minnesota Vikings. Russell talks about his and Bobby Wagner’s mindsets in the game when they were down at halftime, and how they were able to overcome adversity. (6:11) Ken Griffey Jr, a Seattle legend and one of the greatest sports icons the city has seen joins the show! (7:45) Russell is surprised by D.K. Metcalf, who pops in to let Russell know that he is the newest member of the EA Sports Madden ’99 club’. Griffey talks about his family’s quarantine experience in Orlando, and what they’ve been up to. Jeff gets excited as Ken Griffey Jr. is the shows’ first Seahawks fan! The crew discusses Dak Prescott’s devastating injury, and contract negotiations in sports. (20:30) Russell asks Jr. what it was like being the number 1 overall pick in the MLB draft. (28:58) Russell asks Jr. about one of the greatest moments in sports history – when him and his father hit back-to-back home runs in a game. (44:10) Russell then asks Jr. about his legacy, and what it means to him. (1:02:35) Ken Griffey Jr. gives his take on the current MLB playoffs and who he thinks is going to win the World Series, what he thinks of the Houston Astros, and guys from the “steroid” era getting into the Baseball Hall of Fame. (1:19:00) Jeff asks Jr. who is on his Mount Rushmore of teammates and who is on his Mount Rushmore of greatest MLB players of all-time. (1:21:20) Lastly, the guys get into the 2-minute drill, talk about Kyle Lewis as the MLB Rookie of the Year, and today’s analytics-based game. 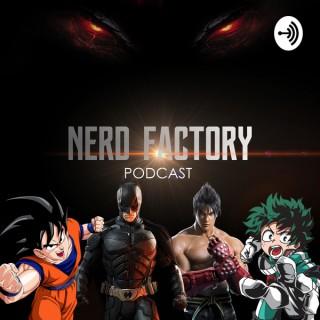 Nerd Factory: A Podcast for Nerds

What has game development come to? To mock your costumers and call them clowns? To be happy with a user score of 2 and 0.3? What has EA become? 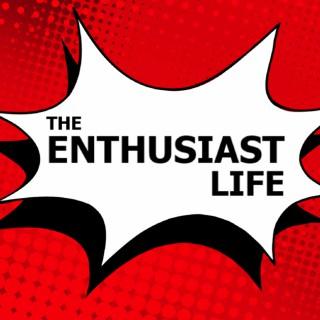 About Madden 21, Enola Holmes, and more

On today's episode I share my initial thoughts on the latest from EA Sports Madden 21. Does it live up to the hype and warrant yet another yearly purchase? I also discuss the recent trailer for Enola Holmes, and more! Follow Mark on Twitter - @MarkTurc Email the show: theenthuslife@gmail.com The Enthusiast Life Youtube - https://www.youtube.com/channel/UCVWYDdCwZtEDxDB3quLQQKA You can now support the show by becoming a Patron via Patreon! Gain exclusive access to our Patron only Discord channel and Monthly Podcast! Details here: https://www.patreon.com/user?u=26903412 Epic Store/Fortnite Content Creator Code - thelilturks GameInsider - http://www.game-insider.com Are you ready for some football? I know I am. In this episode, I welcome back two former guests, Grizz and Nique . We talk all about football from the latest players rating in EA Sports Madden 2021 to fantasy football. Sit back, relax, and enjoy. For more, follow Sports State Of Mind on iTunes, Spotify (Sports State Of Mind), Twitter (SSMPodcast), or leave a voicemail to talk your shit at 267-282-1038. Cale Dodds has been writing songs since the age of 12. At the age of 22, after attending Columbus State University, Dodds made the move from Columbus, GA to Nashville, TN to pursue his career in music.          ****Listen to this episode and subscribe! www.richredmond.com/listen   The Rich Redmond Show is sponsored by The School of Rock Nashville and Franklin!   https://locations.schoolofrock.com/nashville   https://locations.schoolofrock.com/franklin   In 2014, Cale released his first EP titled “Wild and Wreckless”—a five-song project recorded at Ocean Way Studio with Kyle Jacobs and Matt McClure. In 2015, Dodds received a cut from A Thousand Horses for his song “Drunk Dial,” which reached number 23 on Billboards’s Country Airplay Chart; and in 2016, Warner/Chappell Music signed Dodds to a worldwide publishing agreement. In March 2016, Dodds independently released his second project, "People Watching - EP", produced by Corey Crowder and Zach Abend. Since the release, his songs "People Watching" and "Lying" have been streamed over 5 million times, and “Acting Our Age,” was selected for the EA Sports Madden ‘17 soundtrack which also featured artists such as Blake Shelton and Brantley Gilbert. In January 2017, Cale Dodds joined Warner Music Nashville. Later that year, in September, Dodds released his first major label "double"—a two-sided single—featuring "All Over" and "Lying." The second double followed in November with "Out Of My System" and "People Watching," and the third in January 2018 with Cale's radio single "Take You Back" and "Like We Do." Most recently, in March 2019, Dodds released his current single "I Like Where This Is Going"  a song written with hit writers Nicolle Galyon and Busbee about "anticipation" and seeing "the uncertainty of what’s going to happen, while having faith that it’s going to unfold in the right way."   A few things that came up:     Clapping on 1&3    Itsayomama mention   Their parents would wake them up with loud music   Playing at Mohegan Sun Arena   Cheesecake Factory   1000 Horses   Jonas Brothers reference   Tipping etiquette   $5 is the new $3   Figure it out mentality   "I like Where This Is Going"   Writing with David Cook....   Rolling Stone new country artist you need to know   Most songs being between 70-89 bpm   Comedy training   Carrie Underwood Story...   Follow Cale Dodds: www.CaleDodds.com @caledodds   The Rich Redmond Show is about all things music, motivation and success. Candid conversations with musicians, actors, comedians, authors and thought leaders about their lives and the stories that shaped them. Rich Redmond is the longtime drummer with Jason Aldean and many other veteran musicians and artists. Rich is also an actor, speaker, author, producer and educator. Rich has been heard on thousands of songs, over 25 of which have been #1 hits!   Rich can also be seen in several films and TV shows and has also written an Amazon Best-Selling book, "CRASH! Course for Success: 5 Ways to Supercharge Your Personal and Professional Life" currently available at:   https://www.amazon.com/CRASH-Course-Success-Supercharge-Professional/dp/B07YTCG5DS/ref=sr_1_1?keywords=crash+redmond&qid=1576602865&sr=8-1   One Book: Three Ways to consume....Physical (delivered to your front door, Digital (download to your kindle, ipad or e-reader), or Audio (read to you by me on your device...on the go)!   Follow Rich: @richredmond www.richredmond.com   Jim McCarthy is the quintessential Blue Collar Voice Guy. Honing his craft since 1996 with radio stations in Illinois, South Carolina, Connecticut, New York, Las Vegas and Nashville, Jim has voiced well over 10,000 pieces since and garnered an ear for audio production which he now uses for various podcasts, commercials and promos. Jim is also an accomplished video producer, content creator, writer and overall entrepreneur.   Follow Jim: @jimmccarthy www.jimmccarthyvoiceovers.com Today Stewart, Sukhdeep and Gareth discuss all things Madden 21 and discuss some of the bizarre ratings that were assigned to players and teams got the new game out next month.We also have a special appearance from Sukhdeep's son Keerut. --- Send in a voice message: https://anchor.fm/4thandinchesuk/message 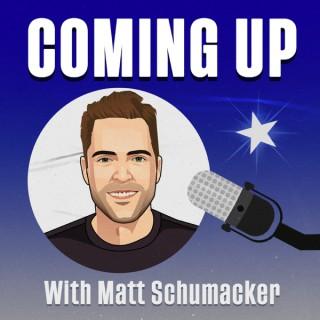 Brandon Gaudin is a rising star in the sports broadcasting industry. Four years ago, he replaced legendary broadcaster Jim Nantz as the Voice of the Madden NFL Video Game for EA Sports. Since then, he has quickly risen as one of the top talents in the industry. During our conversation, Brandon takes us behind the scenes of his role in producing the Madden video game. He also reflects on two failures that have propelled him forward, including a mistake he made on the final call of the Elite 8 in last year's NCAA Tournament. 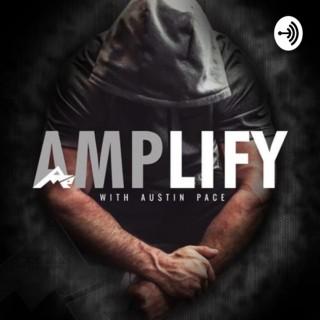 In this episode, we brought in an awesome guest, Mo Woodard! Mo is a professional overseas football player, the owner of Champ System Co., a stunt double, actor, and motion cap athlete for EA Sports Madden! This man has done a LOT and we were pumped to have an insightful conversation with him today! --- Support this podcast: https://anchor.fm/ampathletics/support 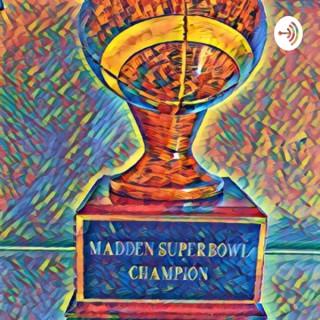 S1E5: We discuss last week's games , next week's previews & jump into EA Sports Madden latest update while making up words along the way --- Send in a voice message: https://anchor.fm/msbc/message 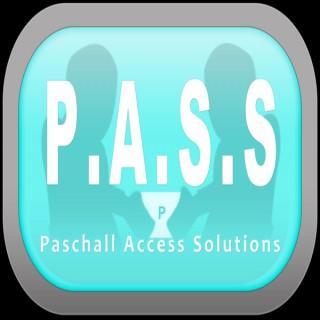 Time to clean up your PC’ with win defender, the award winning and free virus protection for wind 10; stay secure in real time, learn the various scans and some #ATW360 tips using NVDA! Add additional security by locating and activating the new Firefox DNS’ secured server over (https); and finally get your game on with (EA-Sports Madden 20 and its better voice engine. We are back baby! Watch out for our #ATW360 T-shirts, coming soon “the revolution continues” totally produced and engineered by a blind access technology professional (Jay Paschall) for Paschall Access Solutions Tee'd off with Kramer: Patrick Mahomes edition... or is it? 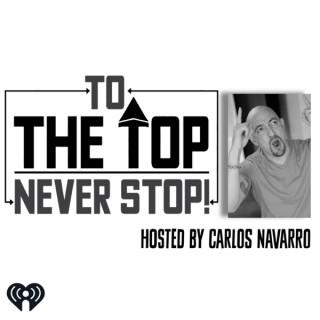 To The Top with Carlos Navarro

Mike is a well accomplished, artist, photographer, writer and director. He is a multi dimensional talent and has worked on NBA Street, FIFA, Madden and many more games. He is currently the head creative director of EA Sports Madden Football and we had a nice chat about the newly released Madden 20 and all of the amazing things of his past and future in gaming, sports and film making!* How he got his start in Video games from a chance encounter on a random flight* How visualization, manifesting and hard work got him his dream job. * Working with sports greats, Tom Brady, Michael Jordan and Troy Polamalu* What it is like creating a a multi million dollar game from scratch each year.* His 2 must haves when creating a project.* How his love for wanting to work in video games made him take massive risks. * His future films and projects. 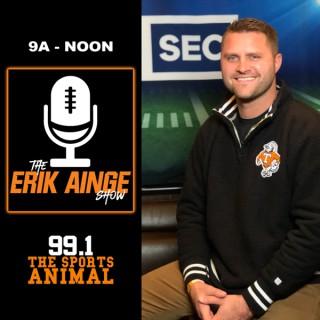 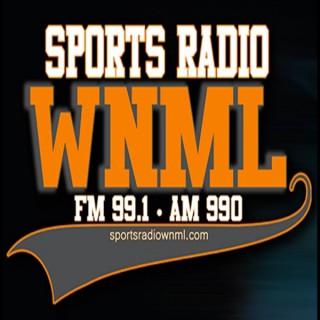 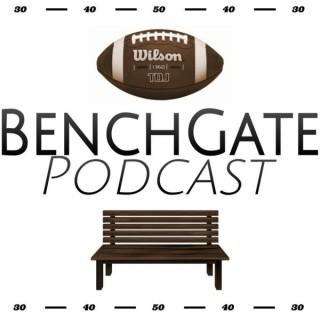 The crew discusses the latest news in the NFL, including Gronk's retirement, Jordan Howard being traded to the Eagles, and the continuing rumors that the Cardinals are looking to draft a quarterback with the first overall pick in the draft. They are also joined by Larry Ridley, a sports anchor for SNY, CBS Sports Radio, and host of EA Sports Madden and NBA 2K for an exclusive interview (24:14). 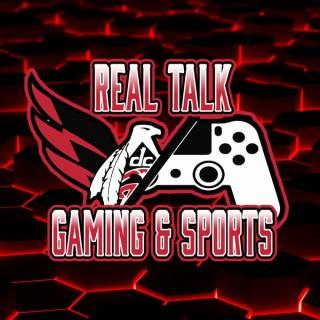 Episode 9: We discuss the latest Redskins news, Gronk Retiring, NFL rule changes and Baseball's opening day. On the gaming side we spend a little time bashing EA (as usual) The Division 2, the Fortnite update and Borderlands 3. We also review some movies we've talked about on past episodes! Watch the show live every Thursday at twitch.tv/realtalkgaming -- Watch live at https://www.twitch.tv/realtalkgaming 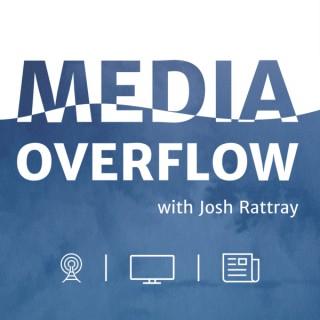 In the first episode of Media Overflow with Josh Rattray, we talk sports media and PR with Brandon Gaudin of the Big Ten Network and EA Sports Madden. The two Butler grads talk about what works for SIDs and PR pros from a sports brodcaster's perspective - and they talk a fair amount of Butler hoops. #HolliewoodAndFriends is back! LIVE every Sunday 3pm ET. - Call 646-716-8544 to listen! Host @IamHollieWood, @jjuuulllyyy and @VenorMusic got you covered with what's #HotInTheBlogs! In their own funny, crazy, and sometimes out-of-line way! Listen in! SUNDAY 8/5 TOPICS: 1) EA Sports: Madden '19 Creators Underfire For Removing Colin Kaepernick's Name From Game. 2) Beyoncé Makes History For Vogue's September Issue. 3) Nicki Minaj Album Pushed Back Again? 4) Kim K vs Tyson Beckford #ClapbackSeason 5) Bow Wow Has Meltdown on Twitter. 6) #Leftfield: Slim Thug Slams Russell Wilson and Ciara's Marriage. 7) #TheFour Finale. And a whole lot more! PLUS: QUESTION OF THE WEEK: What foods should you avoid eating on the first date? ________________________________________ Lastly, #WhatBlowsMine (where you, the listener can call in and tell the world what's that one thing that just gets under your skin) Tune in live Sunday at 3pm ET! You can call 646-716-8544 just to listen or press 1 when you wanna join in the discussion, we'll bring you on live. ________________________________________ Are you an artist? Do you know an artist? Submit music to the be played on the show holliewoodandfriendsradio@gmail.com Business inquiries: hamptonblu@gmail.com (@hamptonblunetwork) 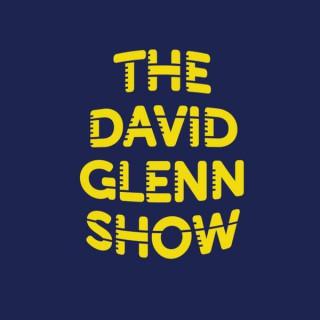 In this episode, Colm and Michael talk about the Apple iPhone event on September 10 and the iPhone 5s and 5c. The guys review EA Sports Madden 25 demo as well as give an update on the Elgato Game Capture HD card. Also, Michael give everyone a glimpse into the tech he takes on the […]