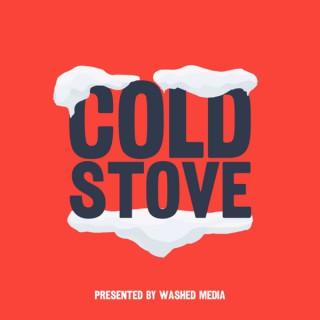 Breaking news, notes, and rumors from around the NHL. Cold Stove features NRD (@NHLRumorsDaily) and Brett Merriman (@Shmerriman) digging into the biggest headlines around the league while providing a few of their own.

Search for episodes from Cold Stove: A Hockey Podcast with a specific topic:

Claude Giroux To WHICH Contender?

NRD is BACK on Cold Stove after missing a week and we're digging right back into it. Brett Merriman hosts as the boys break down the latest in news and notes across the league. Today we've got a stacked rundown for you: - The Oilers cannot get out of their own way - how does it end? - New leadership in Montreal - Where will Chychrun, Giroux, and JT Miller land?

Tuukka Is Back Ft. Pete Blackburn

With NRD out this week, Pete Blackburn of Bally Sports stops by Cold Stove to cover the NHL with Brett Merriman. They dig into the Boston Bruins past, present, and future as Tuukka comes back and Jeremy Swayman is sent to Providence. They also hit on: - The Evander Kane situation and where the Oilers go from here - Kodak Black and his NSFW night at the Panthers game - USA Olympic rosters coming soon - Debut of an all-new segment, Say Something Nice, Say Something Mean - Calder Trophy predictions Our Partner Ritual: Get 10% OFF during your first 3 months by visiting Ritual.com/STOVE

We're Feeling For You, Canada

Happy New Year! Thanks for hanging with us as we wrapped up an insane 2021 in the NHL world and move on into a 2022 that we hope is better for literally everybody on the planet. Brett Merriman is back with NRD to break down the latest across the league. Today we've got you covered on the following: - The wheels have fallen off in Edmonton. McDavid out? Tippett out? Where do they go from here? - Quick COVID minute - NRD's Corner: Chychrun, Vancouver, New Jersey, Montreal - Winter Classic was cold but fun - Montreal looking for their next GM - Tuukka is almost back and the Rangers are *officially* a wagon

Hope everyone had a great Christmas weekend. NHL Rumors Daily is back this week while Brett is on break to give you a quick episode to whet the hockey whistle, answering your questions from Twitter and talking World Juniors and COVID protocols.

So We're Not Going To The Olympics

Merry Christmas, Happy Holidays, and sorry about those audio issues! We're back at it this week with news that the NHL has officially pulled out of the Winter Olympics in Beijing. Brett Merriman and NHL Rumors Daily aka NRD are here on Cold Stove to break down the latest from around the league. - NHL pulls out of the Olympics. What happens next? - A hypothetical World Cup Tournament in the works? What would we like to see? - Paul Maurice is out in Winnipeg - The NJ Devils mayyyy need some change sooner than later - Jacob Chychrun is on the block and where will Marc-Andre Fleury land?

It's Fine, Everything Is Fine

COVID is running rampant around the NHL and you can't help but feel that something dramatic is about to happen. We touch on that and provide both the pessimistic and optimistic takes for the league moving forward. NHL Rumors Daily aka NRD and Brett Merriman are back to break down this week in hockey including rumors and speculation from around the league on Cold Stove. Here's what we've got today: - Shakeup in the Dallas goaltending situation with the retirement of Ben Bishop and waiving of Anton Khudobin - COVID as it pertains to the NHL and the hopes of players going to the Olympics - NRD thinks big changes are needed on Long Island - Canucks & Canadiens GM search - Oilers are slumping - The Coyotes aren't going anywhere according to Gary Bettman... we don't exactly think that's the case

If You Love Them, Set Them Free

After a WILD week in the NHL which saw two head coaches and a GM fired, NRD aka NHL Rumors Daily and Brett Merriman are here to break down what happened and who may be next. The Cold Stove Podcast gives you the latest rumors and speculation from around the NHL that you need for this week in hockey. Today we're getting after: - Alain Vigneault out in Philly. Mike Yeo replaces him for the time being and where do they go from here. - Travis Green and Jim Benning out in Vancouver. A sigh of relief from fans out west. Who replaces them? - Isles and Rangers heading in different directions. - A Metro Division coach who's seat keeps getting hotter

Fresh off American Thanksgiving week, the Montreal Canadiens cleaned house and are charting a new course with new EVP of Hockey Ops, Jeff Gorton. NRD and Brett Merriman are here to break down where Habs go from here and get you up-to-date on the latest rumors from around the NHL. Cold Stove gives you the news and speculation you need this week in hockey. (1:26) The Canadiens make major changes (20:20) Jake DeBrusk has formally requested a trade (31:58) Chuck Fletcher needs help ASAP in Philly (41:20) Two-time Stanley Cup Champ Matt Murray is now a Belleville Senator (AHL) (48:55) What does COVID mean for the Olympics? (1:01:30) NHL Whiparound: Evander Kane, Pending-UFA Defensemen, Swedish Olympic Team

How Many Excuses Are Too Many?

Happy Thanksgiving week to our American listeners! The Islanders are struggling - road trip and COVID and all, but how many excuses can a team make before they punt on a season? NRD and Brett Merriman are here to break down their situation and get in the weeds on the latest rumors and speculation. Cold Stove gives you the news and notes you need to hear from around the NHL. (1:49) Choose your dumpster fire: New York Islanders, Vancouver Canucks, or the Omaha Lancers (15:40) Vancouver nightmare continues (18:41) The USHL's Omaha Lancers are in an ownership meltdown (26:11) Calgary stock WAY up (31:16) NRD's corner - trade rumors for the Rangers, Vancouver, Minneapolis, and Philadelphia

Just over a month into the NHL season and we're starting to figure out who's for real and who needs some help (or are we??). NRD and Brett Merriman are back to break down situations on the west coast and what speculation is floating around the league. Cold Stove gives you the latest news, notes, and rumors being thrown around in the NHL. (4:00) With Bob Murray out, where are we at in Anaheim? (12:26) The dumpster fire that is the Vancouver Canucks (24:31) Sammy Blais is out for the season and does that open the door for Tarasenko to NYR? (32:20) The goaltending market may be the most interesting thing to watch as the season progresses (43:17) Dallas is at the players-only-meeting portion of there season, what happens there? (46:53) The newest hockey Hall of Famers (51:28) Whip-around coverage of the league - Islanders, Toronto's dress code, NHL All Star Game in Vegas, & COVID's impact on the Olympics

On the heels of one of the biggest trades and the most damning story in NHL history, NRD and Brett Merriman are back to parse through the fallout and set the stage for what will happen moving forward. We break down the week's news, notes, and latest speculation from around the league on Cold Stove. Here's what we have today: (0:00) Cold open because Brett got robbed (2:00) Jack Eichel fallout and other things we've heard. Calgary isn't thrilled... (14:01) Rangers and their future with Kravtsov (23:33) The Blackhawks fired their coach. Other coaches are on the hot seat as well. (35:00) Latest on the NHL's role in the Kyle Beach story (50:00) Whiparound coverage Our Partner: Manscaped: Get 20% OFF plus FREE SHIPPING with code STOVE at Manscaped.com

Jack Eichel is officially a Vegas Golden Knight. NRD and Brett break down everything involved with the middle-of-the-night trade between Buffalo and Vegas.

One of the more appalling and jaw-dropping weeks in NHL history as Kyle Beach speaks out, the Blackhawks make changes, and Gary Bettman tries to make it all go away. NRD and Brett Merriman break down the week's news, notes, and latest speculation from around the league on The Cold Stove. Here's what we have this week: (1:17) Reactions to the week that has turned the hockey world upside down (28:35) Jack Eichel latest. Hot & cold talk (38:17) Joonas Korpisalo to the Sabres? (47:08) The Islanders blue line (50:00) Oilers goalies and who else is on the block. Hint: Dylan Strome (54:44) NHL Whiparound. Caufield to Laval, Morgan Rielly and Adam Fox are heavier in the pocket, and are the Hurricanes the team to beat this year?

Stan Bowman Is Out In Chicago

A monumental day for the Blackhawks as the sexual assault investigation results come to light. Stan Bowman is out and change is in the air. NRD and Brett Merriman break down the week's news, notes, and latest from around the league on The Cold Stove. Here's what we have this week: (4:38) The latest on Jack Eichel and the red-hot Buffalo Sabres (24:08) Tarasenko has not rescinded his trade offer. Where do the Blues go from here? (39:30) The Red Wings are hot and have MULTIPLE Calder Trophy candidates (43:04) So are the San Jose Sharks with their wily vets (46:49) 24/7-style shows in the league (52:01) Collin Wilson opens up on his battle with addiction. Must read. (55:46) A look around the Metro Division (58:38) Stan Bowman is out as the GM of the Blackhawks Our Partner: DraftKings: Download the DraftKings Sportsbook App and use code WASHED to get $100 in FREE BETS with any $1 wagered on a NFL game this weekend if either team scores a POINT

The inaugural episode of Cold Stove featuring NHL Rumors Daily aka NRD and Brett Merriman. They're here to break down the week in notes, rumors, and the latest from around the league. Here's what you can look forward to in the first episode: (2:30) The latest on Jack Eichel. Potential landing spots include the reported as well as a team in the east and the west that have clear interest that you haven't heard before