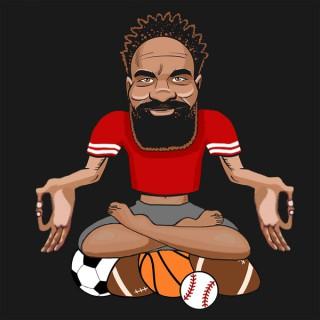 Fight Me with RJ Young

Fight Me is a sports talk radio show where RJ takes on topics in college football, recruiting and the NFL, NBA and MLB. He does not like it when his socks get wet. This podcast is for the folks who missed their friend's wedding because she had the audacity to get married on the same day as OU-Texas…

Search for episodes from Fight Me with RJ Young with a specific topic:

Latest episodes from Fight Me with RJ Young 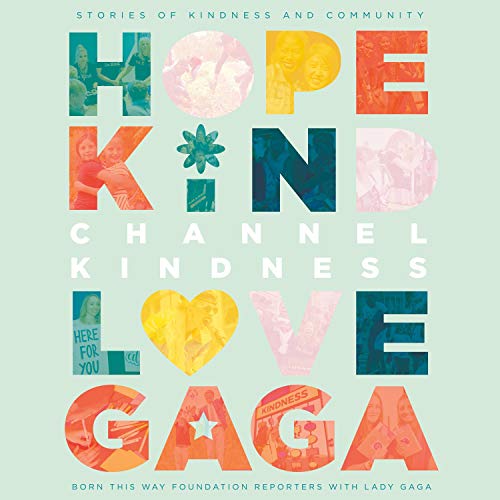 I read Sara Gay Forden's book, "House of Gucci," so you don't have to. It's the story of how Aldo, Rodolfo and Maurizio Gucci built Guccio Gucci's business into an internationally-respected brand and produced iconic fashion and fashion designers like Tom Ford and how Patrizia Reggiani Martinelli Gucci became the symbol of its undoing. House of Gucci has been adapted into a movie directed by Ridley Scott and starring Adam Driver, Al Pacino, Jeremy Irons, Salma Hayek and Lady Gaga. 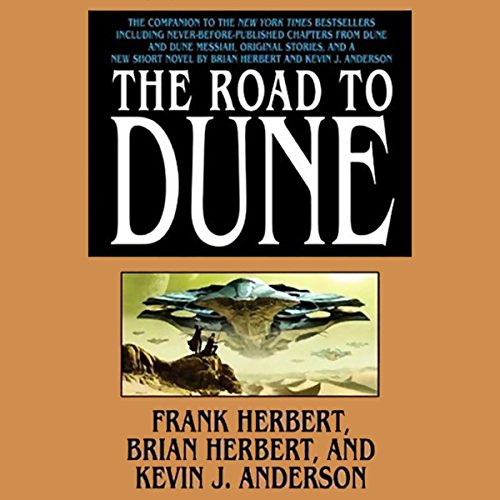 RJ and Tyler talk about how The Matrix film franchise owes so much of its inspiration to Frank Herbert's 1965 novel "Dune." They compare characters -- Neo is Paul Atriedes, duh -- and themes that overlap between the two properties as well as what Herbert was actually writing about: his distrust of superheroes, fascism, demagogues and dictators.

Act one, perhaps the best known myth about Loki which involves the creation of Thor's hammer and dwarves nearly chopping off the god of mischief's head for being, well, mischievous and an arrogant prat. Samuel Thompson https://digitalcommons.law.yale.edu/cgi/viewcontent.cgi?article=1436&context=yjlh Sif's haircut and Thor's hammer https://norse-mythology.org/tales/loki-and-the-dwarves/ In the second segment, a character study about Loki in the ancient storytelling tradition of the trickster, courtesy an aggressively aggregated Smithsonian I found clicking links in another aggressively aggregated blog post. The Trickster https://www.smithsonianmag.com/smithsonian-institution/folklorist-explains-lokis-place-pantheon-trickster-heroes-180977935/ Act three, a discussion with my best friend Tyler about the hit TV show "Loki," a genocidal god with an apparent heart of gold. Yes, it's oxymoronic, but that's where the good stuff is. "I think that you could argue that the journey of the season for him is about Loki becoming a hero in a lot of ways, and what's more heroic than doing the right thing for the right reasons and losing anyways? Suddenly, he's in the position that Steve Rogers found himself in after Infinity War, which is really compelling." —Michael Waldron https://www.cbr.com/loki-writer-compares-captain-america-similar/ "I think it's when Alligator Loki ate President Loki's hand that I realized I was in love." --Variety "The Loki finale proves Marvel TV shows are already in a rut. The series remade a charming villain as a dull, passive hero." --Slate

I watched episode No. 1 of "Loki," and I had some thoughts about Disney+ latest effort in the Marvel Cinematic Universe, time and existence and the essence of man and the god mischief. The Time Variant Authority has Glorious Purpose -- we think.

RJ and Katy chopped it up about Kiese Laymon's essay in Guernica called You Are The Second Person. https://www.guernicamag.com/you-are-the-second-person/

RJ and Katy talked about a controversial anti-transgender bill in Arkansas, and the creative brilliance that is Lil Nas X's "Montero (Call Me By Your Name)."

RJ and Katy discussed Tracy Letts' epic response to a New York Times questionnaire about what he made in 2020: nothing. But nothing is important to contextualize in a society powered by production as profit.

I watched Coming 2 America so you don't have to. And then I spoke with Noam about movie scores.

224. Fear of the Black Messiah

In this episode, Katy and RJ chop it up about Judas and the Black Messiah. RJ tries to widen and deepen the discussion when he reads excerpts from "Black Against Empire," and he enthusiastically suggests reading this political history of the Black Panther Party.

RJ and Katy chopped it up about Texas federal judge William Wayne Justice. Once Earl Campbell ran over one of his own blockers. The fella had committed the sin of falling down in front of him. Longhorns coach Darrell Royal was asked what he thought about that fella’s misfortune. “Ol’ Earl doesn’t believe in taking any prisoners.” He was the first Longhorn to win the Heisman Memorial Trophy in 1977 and is one half of the football field’s namesake at Darrell K. Royal-Texas Memorial Stadium today. But if not for Judge Wayne William Justice, Campbell might not have played at UT

RJ and Katy Mullins chopped it up about Super Bowl 55, Black football coaches and RJ opines passing of a Black history icon in gymnastics.

Ron and I chopped it up about the College Football Playoff, and there's at least one good joke in there.

Let the conspiracy theories commence and then be dashed.

The College Football Playoff committee wants to see more games, and so do we. So there's that.

The No. 1-ranked Alabama Pain Train rolling into LSU

RJ and Ron chopped it up about the debacle at Ohio State, Texas and how LSU might get ruined by Alabama.

Nick Saban's Alabama Crimson Tide is a juggernaut, and we're searching for a worthy challenger in 2020. I went through the AP Top 25 rankings for Week 13 with some notes, news and analysis. Also, there's a bit of Shane Beamer-to-South-Carolina talk at the end.

I spoke about Korey Foreman's recruitment, Nick Saban missing the Iron Bowl, postponement of OU at West Virginia and the problem with Ohio State.

I reacted to the 2020 CFB Playoff rankings in real-time.

Let's talk about the latest rankings shakeup. Also: About The Pearl House was founded in 2013 to provide hope for girls in rural Ghana, Africa. By providing physical care, emotional support, spiritual development and life-changing academic/vocational opportunities, we empower our girls to discover their unique identity and purpose in Christ. Together, we are shaping a brighter future for these girls, their communities and their nation. Mission: The Pearl House protects, educates and disciples at-risk young women in underserved communities around the world. We are committed to helping our “pearls of great price” become the amazing women they are meant to be! VISIT: thepearlhouse.org and sign up for The Pearl House Virtual Gala Tuesday, December 1, 2020

210. The undefeated logjam; LSU's latest scandal and the croots are coming

With just a few weeks left in the college football season, I took a look at the 13 undefeated teams ranked in the top 25 and dug into the latest LSU football scandal.

Let's talk about Georgia's QB situation, Michigan's coaching situation and talk mad noise about folks who have seen their games canceled because of COVID-19 this weekend -- namely the SEC. Rate and review the show, please. Leave five stars, or don't.

208. Justin Fields or Trevor Lawrence and Covid vs. QB1

RJ and Ron managed to talk about something other than the NBA.

206. Tyler was Raised by Wolves

I was joined by my buddy Steve Bullard for this. In lieu of a five-star review, visit thepearlhouse.org

203. Wisconsin has a problem; Arkansas' road back to relevance; ranking SEC QBs at halfway point 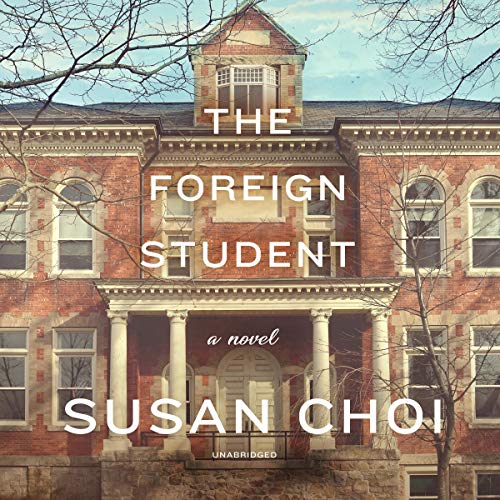 200. Texas has a migraine by RJ Young

RJ and Ron talked at-length about the top 25 and Ohio State's place in it.

197. The SEC has a defensive problem

The SEC has been infected with the Big 12.

I spoke with Steven Ngati about his No. 22-ranked Texas Longhorns playing against the Oklahoma Sooners in the 2020 edition of the Red River Rivalry.

RJ and Ron take a look at what's on the line for OU-Texas this weekend.

The Vanishing Half ft Katy and Ron | Bookish Club

RJ and Ron lament and laugh at the knowledge that the Oklahoma Sooners and LSU Tigers football teams have been eliminated from the College Football Playoff with their first games played in conference competition.

i spoke with former Ohio State linebacker, NFL veteran and ESPN football analyst Bobby Carpenter about his experiences in high school, college and the NFL.

191. Ohio State vs. Nebraksa for the Big Ten title is what we want

Go to manscaped.com and get 20% off + free shipping with the code: RJShow #manscapedpod Discount Code: RJSHOW

190. Primetime in Jackson; SEC is playing with itself, and Tate Martell isn't at Miami

Go to manscaped.com and get 20% off + free shipping with the code: RJShow #manscapedpod Discount Code: RJSHOW I spoke with Ron about the continued saga around former five-star QB Tate Martell; Deion Sanders at Jackson State and the beginning of the SEC's conference-only schedule. 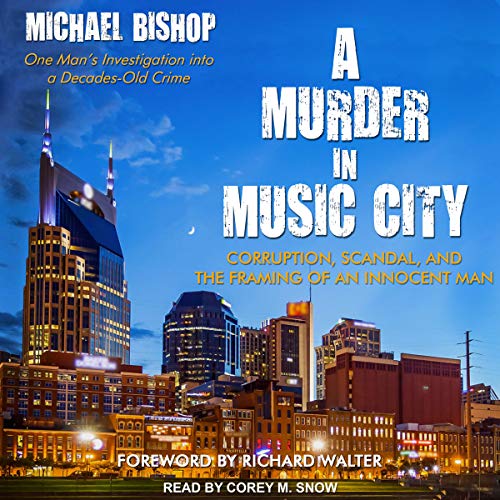 Go to manscaped.com and get 20% off + free shipping with the code: RJShow #manscapedpod Discount Code: RJSHOW I spoke with Kansas State legend Michael Bishop and asked Laurel to help me review the Lawn Mower 3.0 from Manscaped.com.

188. Big Ten Conference football is coming to a TV near you

1:28 Go to manscaped.com and get 20% off + free shipping with the code: RJShow #manscapedpod Discount Code: RJSHOW 2:56 the ceiling for Spencer Rattler and Marvin Mims 8:01 LSU's COVID problem 17:40 Kedon Slovis and the USC kids want to play amid wildfires 26:25 Big Ten protocols for playing 42:40 Top 10 uncommitted prospects

187. The Sun Belt beat the Big 12 like it stole something, and the Big Ten maddens us

—7:00 NFL preview —17:23 Danuel House got kicked out of the Bubble for having a lady friend —40:00 Memphis contracted the covid after getting on a party bus after beating Arkansas State 43:46 OU's COVID problem set against Missouri State —49:18 Quincy Avery talks QB recruiting Go to manscaped.com and get 20% off + free shipping with the code: RJShow #manscapedpod Discount Code: RJSHOW

185. The best player in the NFL was a three-star recruit

I spoke with Michigan Wolverines football dad Martin Warren and the father of Darion Green-Warren about this wild Big Ten season that isn't.

Claim Fight Me with RJ Young