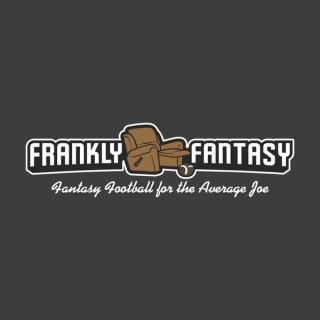 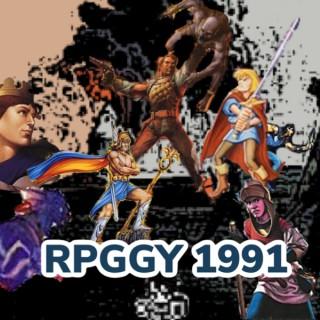 Welcome to Episode 118 of The RPG After Years! This week, the guys finally catch up with each other and find out what they have been doing. Plus, they talk about all the great news that has happened including the Persona games coming out again. The RPG After Years is hosting an RPG Club! It's like a book club, but with RPGs, and we hope all of you play along! The current game is Final Fantasy XIII, and the current checkpoint is to complete Chapter 9 by Sunday, June 26th! News: Just listen, there is a lot of it this week. Please support the show at patreon.com/rpgafteryears Join us on our Discord server! discord.gg/3WPBgur Watch the show live on Twitch! We typically stream the main episodes at 9am EST on Sundays. Keep an eye out on Twitter and Discord for extra bonus recordings or time changes. It's all at twitch.tv/rpgafteryears You can also find Scott on Twitch over at twitch.tv/the_scott_spot! Send a Carrier Pigeon or Whatever: Twitter: @RPGYEARS Personal Twitters: Rich: @Hailblue1569, Scott: @TheScottSpot, Jay: @jaydhizzle, Bill: @Metunnica, Corey: @VFLCorey Email: rpgafteryears@gmail.com Check out our merch store at https://www.redbubble.com/people/RPGAfterYears/explore We Can Make This Work Probably Network: This podcast is a production of the We Can Make This Work (Probably) Network follow us below to keep up with this show and discover our many other podcasts! The place for those with questionable taste! ProbablyWork.com,Twitter, Facebook, Instagram @ProbablyWorkEmail: ProbablyWorkPod@gmail.com Master list: https://docs.google.com/spreadsheets/d/13CgtJfptz1S3Da2HUsJDK86SfAIPMGA-Rmi4YZUpTGw/edit?usp=sharing Album art by Dizzy Designs: designsbydizzy.com Break music: ReMix: Final Fantasy VII "When the Planet Fights Back" - OC ReMix By Infinity Tone

News - Just the Tips - Values, Sleepers & Targets - Down to Brown 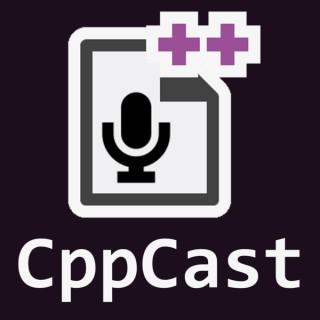 Rob and Jason are joined by JeanHeyd Meneide. They first discuss alternative operators in C++, upcoming virtual conferences and papers in the April ISO mailing. Then they talk to JeanHeyd about his work on the C and C++ committees, including embed, defer and more.   News Just discovered C++ has keywords 'and'/'or'/'not' etc. Pure Virtual C++ April Mailing Links Defer Mechanism for C: The Movie p1967 Preprocessor embed - Binary Resource Inclusion p0052 Generic Scope Guard and RAII Wrapper for the Standard Library No Us Without You - elifdef and elifndef CoSy Tech Con Sponsors Incredibuild 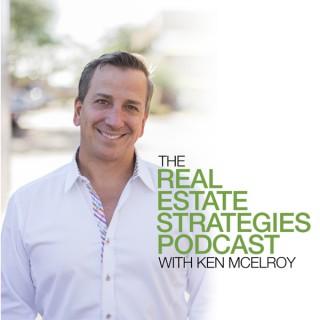 To join Ken McElroy's Newsletter, follow this link: https://www.KenMcElroy.com/News -- Just starting out in real estate investing? Join Ken Mcelroy and Marko of Whiteboard Finance in a discussion on debt, financing, and the various ways that you can set yourself up for financial success in 2021. Learn more about your ad choices. Visit megaphone.fm/adchoices 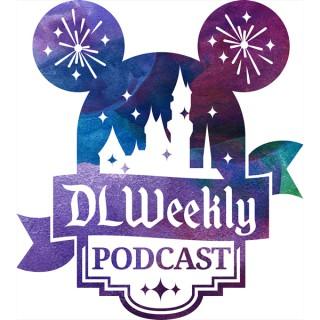 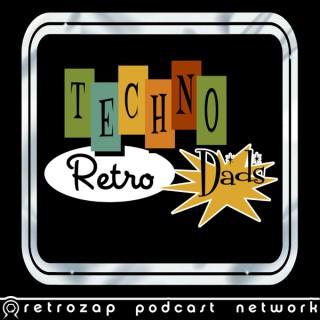 Do you remember your first car? The freedom it gave us was the beginning of an important chapter of the TechnoRetro Dads’ lives. And the FM radio we listened to kept us entertained as we cruised down the road.    A look back at our first cars and the FM Radio that we all listened to!   In the NEWS Just when you thought it was safe to get back in the water, it’s the 45th anniversary of the classic Spielberg movie Jaws Sir Ian Holm passes away at 88 Cobra Kai is coming to Netflix A new book focuses on the toys of He-Man and the Masters of the Universe Toys in the Attic - Our first cars You never forget your first ride. Jay had a VW Beetle and Shua had a...well, he’d like to forget. We remember what our first cars meant to us, and share some of the sweet wheels our earbuds had too. What did it mean to you and what ended up happening to it?    Vinyl Scratchback - FM Radio In the 70’s and 80’s there was almost no form of entertainment so accessible as the radio. We listened in our bedrooms, our living rooms, doing yardwork, in our headphones, and especially in our cars. And FM stations crowded the airwaves giving us the legendary music that is still popular today. Shua break down a short history of how FM was developed into what it was when DJs ruled the airwaves. Then we remember some of the stations that were big in the cities where we grew up.    Saturday Mornings - Speed Buggy Speed Buggy was a Hanna-Barbera cartoon that only lasted for 16 episodes, but it left a mark that keeps it in our memories today. Part Scooby Doo, part Josie and the Pussycats, it told the tale of a little dune buggy and his friends. 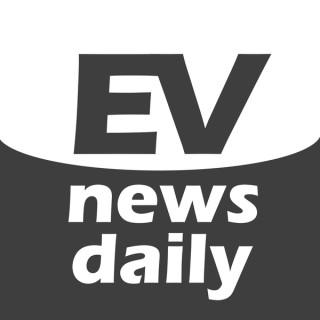 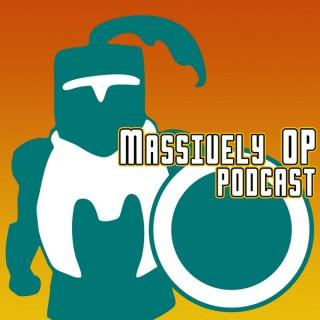 On this week’s show, Bree, Eliot, and Justin begin the fight for the war for the skirmish for the tiff for the Battle for Azeroth. It's exhausting, yo! It's not all WoW talk, as the trio cover Fallout 76's recent decisions, the remaining lifespan of WildStar, and the future of Kickstarter MMOs. It’s the Massively OP Podcast, an action-packed hour of news, tales, opinions, and gamer emails! And remember, if you’d like to send in your own letter to the show, use the “Tips” button in the top-right corner of the site to do so. Show notes: Intro Adventures in MMOs: WoW, FFXIV, SWG News: Battle for Azeroth's first week Mailbag: Is the expansion good for kids? News: Fallout 76 won't allow crossplay nor a Steam client News: Just how dead is WildStar? News: NCsoft's Q2 2018 financial report News: Ashes of Creation heads to Alpha 1 next month MMO Kickstarter update Outro Other info: Podcast theme: "Pride of the Seas" from World of Warcraft Your show hosts: Justin, Eliot, and Bree Listen to Massively OP Podcast on iTunes, Stitcher, Player FM, TuneIn, Google Play, iHeartRadio, Pocket Casts, and Spotify Follow Massively Overpowered: Website, Twitter, Facebook, Google Plus, Twitch If you’re having problems seeing or using the web player, please check your flashblock or scriptblock setting. 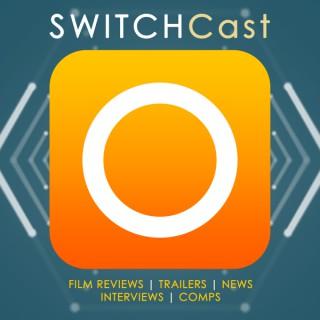 Charlie, Jess, Daniel and Chris discuss the week's films, and share their predictions of the year's biggest upcoming films that were glimpsed at this year's CinemaCon.Reviews▸ Breath (0:32)▸ The Gateway (8:24)▸ National Theatre Live: Cat On A Hot Tin Roof (11:38)Trailers▸ Crazy Rich Asians (19:29)▸ Woman Walks Ahead (23:48)▸ Whitney (26:42)News▸ Just wrapping up over in the states is CinemaCon, which is essentially the world’s largest cinema trade show, where film studios and cinema owners come together to showcase their upcoming films. With studios hawking all their wares, we get our very first looks at some of the most anticipated films coming down the pipeline. Stars! Stunts! Cher singing ABBA! Films we all thought sounded terrible that might actually be good! So what were all our highlights? (32:13)Comps▸ Win one of five copies of 'The Greatest Showman' on Blu-ray▸ Win one of five copies of 'The Tracker' on Blu-ray▸ Win one of ten double passes to see 'Chappaquiddick' in cinemasStay Up-To-Datefacebook.com/maketheswitchAUtwitter.com/maketheswitchAUinstagram.com/maketheswitchAUmaketheswitchAU.tumblr.comThe hoststwitter.com/Charlie_Davidtwitter.com/MissJess_SWITCHtwitter.com/DanielLammintwitter.com/ChrisCEdwardsNext week's episode▸ Reviews of 'Deadpool 2', 'Tully' and 'On Body and Soul'For more episodeswww.SWITCHCast.com.au 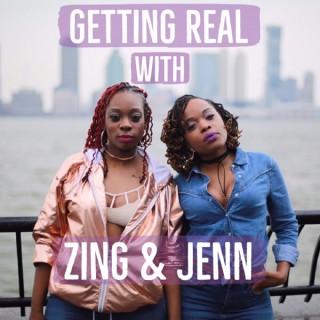 Getting Real With Zing & Jenn

...3 - 2 - 1... HAPPY NEW YEAR! You know the routine! Every year we watch the ball drop with hopes of the new year ringing in with new hopes, joys and aspirations. Will 2018 be your year too? What are your 2018 resolutions? With a month in - how are you dealing with any changes or goals set? Catch up with Zing and Jenn as they diagnose the traditions that come with the start to any new year. What time is it? --> SEGMENT TIME!!! Zing's Got The Juice The long awaited arrival of Kim K and Kanye's baby girl, Chicago, is here. Find out more juice about her arrival and Zing's opinion on the surrogate process. Zing also chats about Jay-Z's new venture into the restaurant business. What do you think will be on the menu? Jenn's Got The Tunes The 60th Annual Grammys recently hit the scene with great performances and shocking results. Jenn covers some of the most talked about categories and gives her side on who really deserved to win. Jenn also talks about the Migos album, Culture II, that dropped. Are you a fan? Find out what the people and Jenn think about the album. We Got the News Just a month into the year and we are already seeing unusual things. Zing talks about the flu epidemic that is hitting the US the hardest since 2009. Find out how to stay healthy and protected. Jenn talks about the unfortunate case of Larry Nassar, USA Gymnastics national team doctor. After being sentenced for over 100 years of jail time find out more about the secrets that have come out of the dark after more than 2 decades. Subscribe and follow our show on SoundCloud, iTunes, Periscope, Stitcher, Instagram and Google Play! Soundcloud: @getting-real-with-zing-and-jenn ITunes: itunes.apple.com/us/podcast/id1214066508 Stitcher: www.stitcher.com/s?fid=135628&refid=stpr Instagram: www.instagram.com/gettingrealwithzingandjenn/ Google Play: play.google.com/music/listen#/ps/…yldltpqpxnv4xgi4q Send questions and topics to gettingrealwithzingandjenn@gmail.com WRITE US A REVIEW!! 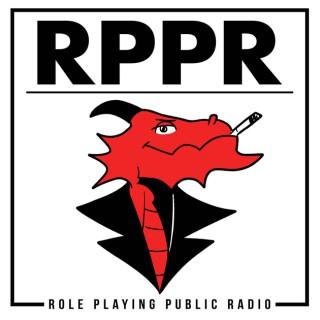 News: Just to clarify something about RPPR B-Sides: each volume will be released for free after a 1 year delay. Volume 1 will be released to the public on August 14, 2014. If you want to listen to the 20 AP episodes contained in Volume 1, then you can donate $20 to RPPR. Simple as… Support Role Playing Public Radio on Patreon at https://www.patreon.com/RPPR/ The post RPPR Episode 88: Heroes of New Arcadia Post Mortem Round Table Discussion appeared first on Role Playing Public Radio.