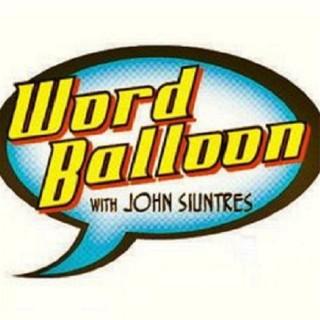 Search for episodes from Word Balloon Comics Podcast with a specific topic:

A new conversation with Paul about his days in the 1970s DC Bullpen. Editors artists and fellow writers

Larry Young and John H Price, two of the 3 hosts of the serious star trek youtube show join me to talk about many trek subjects. spoilers

A look at Steve's whole career, Swamp Thing Kubert School, Teaching and his help on a new Horror Anthology

Our weekly review catch up with Nu Trek, plus these other current streamers

Part 2 Of Our New Talk

From 2021 Great meeting The Boulet Brothers of Dragula and The Creatures Of The Night podcast, who with Steve Orlando are taking over the Halloween Issue Of Heavy Metal Plus Their Dragula tv show moves to Shudder next month, along with their documentary film Boulet Brothers' Dragula: Resurrection debuting on Oct 20th . We talk a lot about their favorite comic book runs too

Mike is editing a new Superhero Anthology and we talk about his work in the Star Trek Universe on TV Comics and Novels, plus we discuss Nu Trek TV shows.

It's Star Wars Celebration Weekend, so let's go back to my 2019 chat with THE MAN Billy Dee Williams. We talk about many facets of his career, including his creation of Lando

Reprint The Legacy Of George Carlin With Kelly Carlin

From 2018 my interview with Carlin's daughter Kelley. The New HBO documentary series about George is a warts and all look at the groundbreaking comic

Thanks to my pal Warren Drummond I got the chance to talk with Cmd Will Riker himself. We not only do a ton of trek talk we also get into his work directing The Orville, Producing Roswell and much more.

Geoff Johns On Flashpoint Beyond, Stargirl TV, and a glimpse of his creator owned universe

Geoff Johns On Flashpoint Beyond, Stargirl TV, and a glimpse of his creator owned universe

Uhura Sings Sam Kirk is snarky and Spock laughs, but it was still a decent episode.

From 2013 Neal Discusses his solidarity with Gary Friedrich on his Ghost Rider Creation dispute with Marvel, The Pilipino 70s art explosion, motion comics and more

From 2009, my one on the record chat with the Master. George tells us a lot about working with Geoff Johns On Legion Of 3 Worlds and the release of Teen Titans: Games the 1980's original graphic novel project with Marv Wolfman, that remined un-finished for over 25yrs . Thanks for all the great stories and memories George, you won't ever be forgotten.

The History Of Neal Adams Pt 1

From Dec 2005, The man who redefined the DCU. The man who smacked the camp out of Batman, and made him the dark knight badass once again. The man who had Superman fight Muhammad Ali...and Supes actualy lost the battle! Legendary artist Neal Adams actually tolerated my silly questions for over 90 minutes, and was ready to give me even more time!!!! Listen , as Neal brings us tales from the early days of Comics Bronze Age. You'll hear about his Green Lantern-Green Arrow run with Denny O'Neil, The Deadman Saga, and many behind the scenes stories of the Dc Offices of the 1960's & 70's. Neal also goes in depth on his scientific theories about an expanding earth, and answers the obvious question, how does an un-accredited science enthusiast pitch his theory, when the conventional science world refuses to listen?

From The Dunn Museum's own description : Bill Sienkiewicz is an Eisner-winning and Emmy nominated artist, best known for revolutionizing the style of comic and graphic novel illustration over the past four decades. Landmark works such as Marvel Comics' Elektra: Assassin and his acclaimed graphic novel Stray Toasters, have earned him an international reputation and cult status across media industries.﻿﻿﻿﻿﻿This exhibition features 50+ framed original works on paper from his comic books, graphic novels and pop culture artwork. Hear first-hand from Bill Sienkiewicz in this exclusive WB interview. ﻿﻿

Rick And Morty and Action Comedy From Kyle Starks

Alex Segura talks about his new murder mystery set in the 1970s comics industry, plus the rebooting of the golden age hero micro face

Kinescope Studio One The Arena By Rod Serlking 1956

Reviewing the Rod Serling drama directed by Franklin Schaffner It takes place on the us senate floor. Starring Wendell Corey and Chester Morris

the aw yeah podcast no slapping

Kev is a comic book artist, the art director of Hulu's Hit Monkey with Jason Sudekis worked on 8 seasons of FX's Archer including the upcoming one, and share his new rock ep Songs from the Giant's Chair

Is Sexuality in Pop Culture is bigger than ever? Jim McBride aka Mr. Skin himself is back to talk about the best nudity in TV and Film for this year's anatomy awards.

Elsa discusses her time travel romance comic co-plotted with Tom King . The first two issues are up and free at their substack page