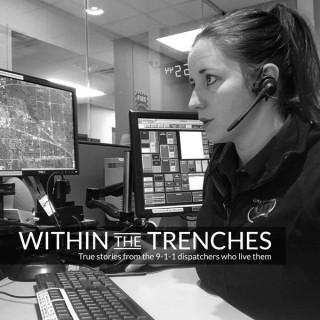 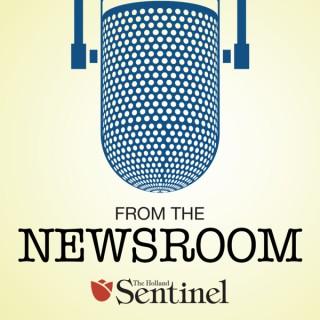 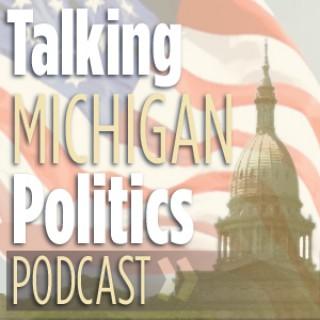 Aundria Bowman disappeared from her Hamilton home in 1989. This week, her adoptive father Dennis Bowman, charged in her murder, is in an Allegan County courtroom for a preliminary hearing. The Sentinel's Audra Gamble and Carolyn Muyskens discuss the recent events in the case. See omnystudio.com/listener for privacy information. 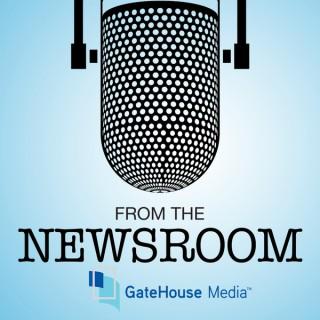 From the Newsroom: Gatehouse Media

Aundria Bowman disappeared from her Hamilton home in 1989. This week, her adoptive father Dennis Bowman, charged in her murder, is in an Allegan County courtroom for a preliminary hearing. The Sentinel's Audra Gamble and Carolyn Muyskens discuss the recent events in the case. See omnystudio.com/listener for privacy information. 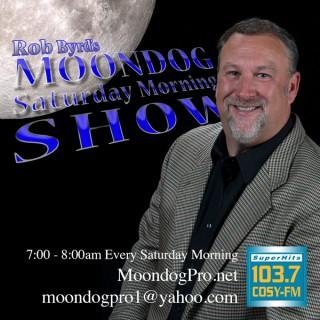 (Episode 95) On the show we will be talking about Domestic Violence with Melanie Hooker from the Domestic Violence Center, Kate Hosier, South Haven City Manger, Myrene K. Koch, Allegan County prosecutor and sitting in as special guest host will be Aubree Butler. On the third half hour we will be talking about city planning with Marcy Hamilton, Senior Planner and Deputy of Southwest Michigan Planning and Colleen Forestieri, Conservation Technician, Van Buren Conservation District. It’s all here right now on Rob Byrd’s Moondog Saturday Morning Show. 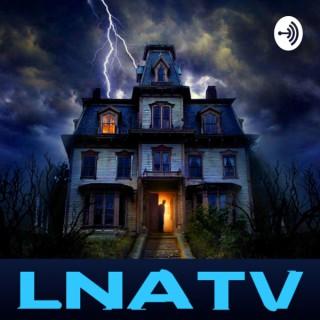 Within the Trenches Ep 239

Welcome to another episode of Within the Trenches, true stories from the 9-1-1 dispatchers who live them. Episode 239 features the story of how I met Gary Allen, former dispatcher of 20 years, technical writer, former editor of Dispatch Monthly and Dispatch Magazine On-line, and how this one connection changed my life. This is an episode you do not want to miss! Cult of Mac - Remembering Gary Allen, Apple stores’ most devoted overnight camper 911ceu.com - Web Supported by: INdigital Episode topics – How I met Gary Allen A connection that changed my life Allegan County pursuit audio As always, if you have any comments, questions, or you would like to be a guest on the show, please email me at wttpodcast@gmail.com. 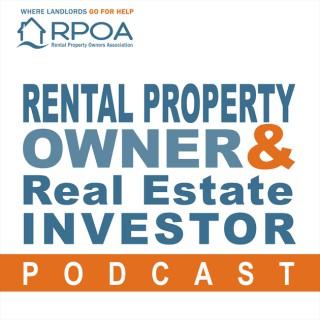 EP134 We Help a Listener Decide What To Do with Her Vacant Land, with Maureen Weick and Justin Workman

Recently I received the following email from RPOA member and podcast listener Maureen Weick: I have 1.5 acres of vacant land in northern Allegan County. I have been trying to decide what to do with it and would love to hear some opinions. These are my questions/thoughts - 1) Do I just sell outright as vacant land? ---Not a fan of this one - I will have capital gains to pay, unless I can manage the sale under a 1031 Exchange 2) Should I put a used double wide trailer there (this is rural lot) and rent it out? If I did that, should I put on a slab or a full basement? 3) Should I build a small home there and rent it out? Again, basement or slab? I hear it is quite expensive to build right now --but will that ever get any better.....? If this was your property what would you do? In order to answer these questions I asked Justin Workman to sit down with us and go over Maureen's options.  What followed was a lively discussion about 1031 Exchanges, building spec homes, buying mobile homes, and other possible options that will be of interest to any real estate investor. Enjoy the show.  If you have a question you'd like us to consider for the podcast, please send me an email:  brian@higinvestor.com

Within the Trenches Ep 156

This episode is brought to you by Dispatch In Depth--a new podcast for emergency dispatchers. If you like Within The Trenches, you’re gonna want to check it out. Dispatch In Depth takes you deep into the why and how of emergency dispatching. It's produced by the International Academies of Emergency Dispatch and hosted by Isabel Gardett, the Director of Academics at IAED. Each episode features an interview with experts in the field including researchers, dispatchers, responders and public safety officials—who talk about the work they’re doing to make emergency dispatching as safe and effective as possible. I’ve listened to each episode and they are educational and entertaining. Would you believe that levels of evidence for example on CPR protocols can be decided on with the help of animal studies? Pig studies led to the new compressions only that showed better outcomes in pigs. These studies can be compared to humans but, I don’t want to give away anymore. It’s something you have to listen to. The episode is Cardiac Arrested Development, just one of many great episodes of Dispatch In Depth available on iTunes, Stitcher Radio and Soundcloud.   Halloween. It’s probably my favorite time of the year. I love to be scared. The horror genre is my favorite. According to the free encyclopedia, Halloween, also known as All Hallows’ Eve is a celebration observed in a number of countries on the 31st of October. It begins the 3 day observance of Allhallowwide, the time of the liturgical year dedicated to remembering the dead, including saints, martyrs, and all the faithful departed.    Others see it as a time for carving pumpkins with scary faces, trick or treating, goblins, ghost stories and haunted houses. During my time in dispatch I took all kinds of horrific calls from listening to someone as they took their last breath to someone finding a loved one hung in their home. They stick with me and will forever be embedded in my memory but two calls fall under the unusual and well...paranormal.    This is Within the Trenches Ep 156...   Please check out the links below and as always if you have any comments, questions, or you would like to be a guest on the show send an email to wttpodcast@gmail.com.   Dispatch in Depth Podcast - iTunes | Soundcloud | Stitcher Radio   Halloween description - Wikipedia    Al Capone research citation - HAUNTED MICHIGAN: Al Capone & the Ghosts of Allegan County’s ‘Yellow Motel’ The Final Insanity of Al Capone: Was Notorious Gangster Haunted by a Hapless Victim? This day in history: Capone goes to prison   Episode topics - Story 1 - The suspicious 2 Story 2 - The Yellow Motel & Al Capone Story 3 - Home is where the ghosts are

Did President Obama use GOP senators as props?

On this week's Talking Michigan Politics Podcast, Matt McLogan -- GVSU vice president of university relations -- joins Press editors Jeff Cranson and Ed Golder to discuss: 1. Post-partisanship, a fading ideal. President Obama draws harsh criticism after a meeting with GOP senators Tuesday -- one of whom says the president used them as "props." And a poll: "Anti-incumbent sentiment is as strong as it was in 1994, when the GOP swept the Democrats from power on Capitol Hill, but according to a new national poll, Americans may not be desperate for change in Congress. A CNN/Opinion Research Corporation survey released Tuesday indicates that 47 percent of the public is more likely to vote for a challenger rather than an incumbent running for re-election at the federal, statewide, or local level, with 30 percent saying they are more likely to back the incumbent." 2. Governor's race The debate that wasn't. Speculation remains that U.S. Rep. Pete Hoekstra maintains a lead in the GOP primary but Attorney General Mike Cox and Ann Arbor venture capitalist Rick Snyder are gaining ground. Will any political leaders muster the courage to make changes? 3. Congressional races in West Michigan. The 2nd and 3rd districts feature large fields of candidates seeking the GOP nomination. In the 2nd district, which stretches from Allegan County north to Benzie, Field Reichardt, a self-proclaimed Gerald Ford-Bill Milliken Republican is banking on the conservatives fighting for the base and leaving him centrist Republican voters in the district. The question: How many centrists live in the 2nd District, where the most populous county has voted reliably Republican since the beginning of time? In the Grand Rapids-based 3rd, five Republicans are battling for the nomination, and a debate Monday featured few fireworks. 4. People quitting Facebook. Are you next? Conversation starters: • Rand Paul makes it clear he is not named for Ayn Rand, though he's a great admirer. • Ed on why Washington, D.C., is a recession-free zone. The USA Today article says that private paychecks have shrunk to their smallest share of personal income in the country's history. Public pay, meanwhile, is on the rise, dramatically so. The case for creeping socialism, or an effective stimulus? • Jeff on a New Yorker column explaining how an election in Germany makes our markets roil, and how uncertainly among policy makers will make investors nauseous for many days to come... • Matt on some Republicans pushing a Constitutional Convention in Michigan.

New round of mudslinging in Michigan governor's race

On this week's Talking Michigan Politics podcast, Grand Rapids Press editors Jeff Cranson and Ed Golder discuss: 1. Candidate filing day suggests there will be blood in the race for governor. Among the topics in the governor's race: • Republican Attorney General Mike Cox's TV ads attacking U.S. Rep. Pete Hoekstra and the timing with Americans for Job Security ads, which also go after Hoekstra. • And what of a supporter of GOP candidate Rick Snyder demanding that Cox remove his image from the ad? • Hoekstra, and Democratic House Speaker Andy Dillon, come up as most winnable in surveys of Lansing insiders. • Is Snyder's decision not to fill out any interest group's surveys an example of principle turning into strategy? 2. Other filings. Two important races for Congress in West Michigan with a broad field in both the Grand Rapids-based 3rd district, being vacated by Vern Ehlers and a similarly large field in Hoekstra's 2nd district, which stretches along Lake Michigan from Allegan County to Benzie County. 3. Teacher retirement bill. Is there any hope of a compromise that will move forward an early-out proposal for many of the state's secondary school teachers? Is the Senate plan best, as a Press editorial posits? Conversation starters: • Ed on the Catholic Church, in light of the Pope's most recent -- and finally, somewhat on-key -- statement about the sexual abuse crisis. • Jeff on Grand Rapids' being touted as a success story in Fortune Magazine.