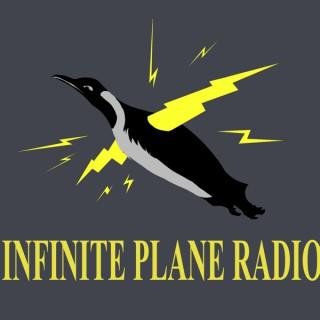 Tim Ozman is the host of Infinite Plane Radio and author of Secret Religion of the Elite, God is a Narcissist, Jesus is a Codependent, How to Control Codependent People, The Flat Earthers: Life On The Edge of Reality, The Autohoaxer Handbook, Deep Faked, Guardrails, and The Power of ME: Mandela Effe…

Search for episodes from Infinite Plane Radio with a specific topic: 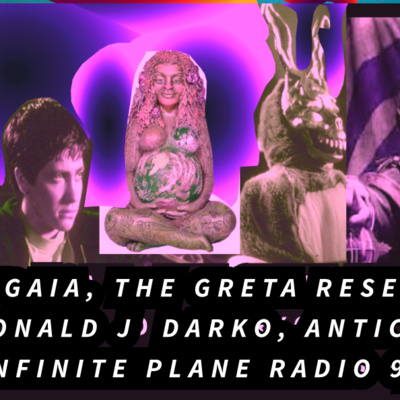 "GAIA, the GRETA RESET, DONALD J DARK-O ANTICHRIST" IPR 9/29/22 Last night we discussed the DIGITAL MONOLITH, GAIA the AI God known as Otto on Wall-E. We discussed societies' embrace of cannibalism, the radicalization of the political fringes, humanity's rejection of reality in favor of simulation, and the distinct possibility that Donald J Trump has been prophecies for decades in popular television shows and films to be the biblical Antichrist of Revelation in the form of a reality-tv show star turned president. --- Send in a voice message: https://anchor.fm/infinite-plane-radio/message Support this podcast: https://anchor.fm/infinite-plane-radio/support 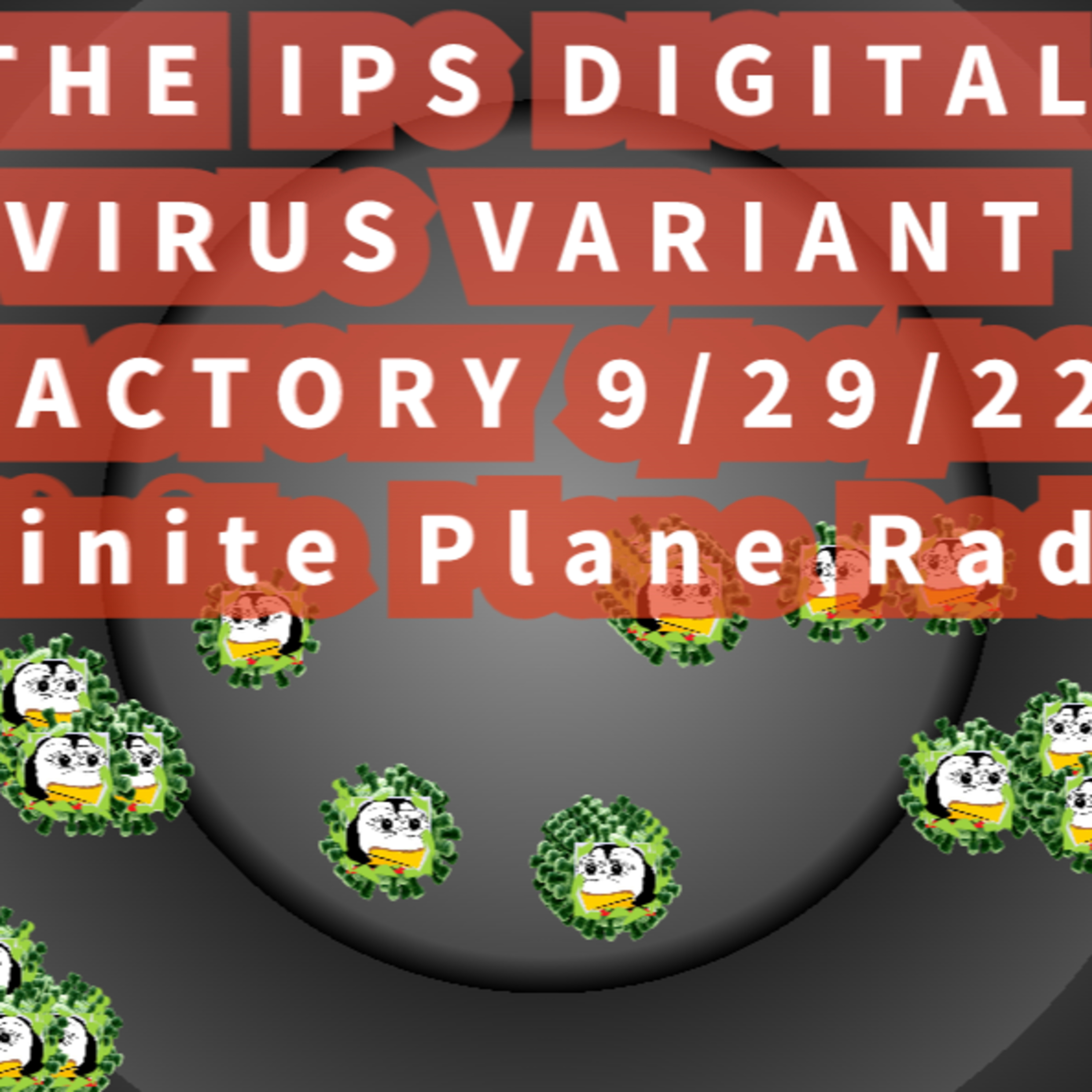 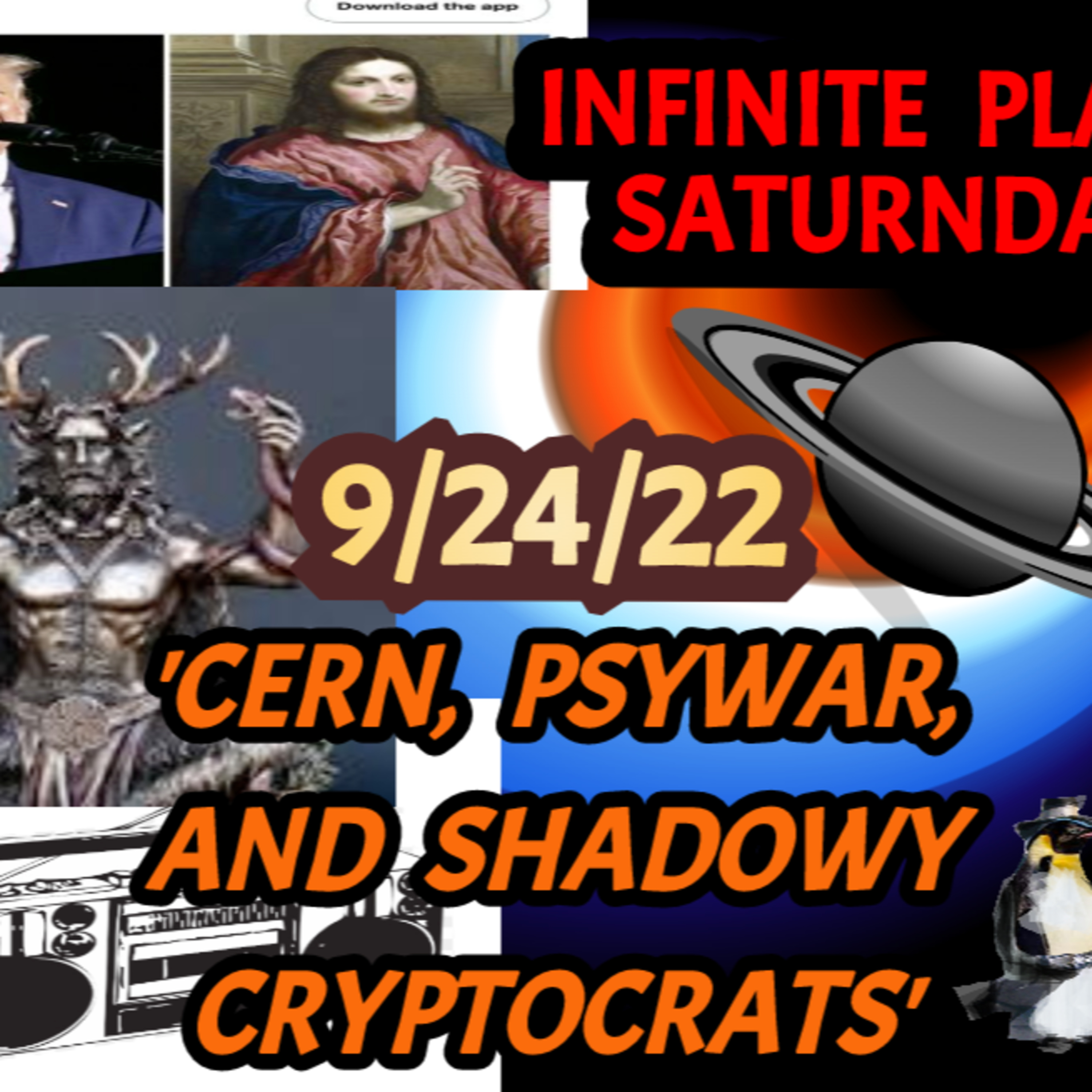 INFINITE PLANE SATURNDAY 9/24/22 Today is See Say Day. If you See Something, Say Something is part of the home effort to win the war on terror. But it's not Islamic Terrorists you're hunting: it's Domestic Violent Extremists or DVEs. If you see something, say something. Unless you're seen green-screen glitches on the ISS. If you see through the fake news, say nothing. Otherwise, do as the DHS says and be paranoid. Snitch for your lives. An Environmentalist set himself on fire on a tennis court wearing a shirt that said "End UK Private Jets." This is communist class warfare disguised as environmentalism. Poor vs Rich, Rich vs Poor, the Poor having been replaced by the Environment, which we must save or it will kill us all. In other words: redistributing the wealth of the poor will eat the rich. Ultimately "rich" is code for individual, and "poor" is code for collective. Sky News host Andrew Bolt says doubting climate change has become a “mental condition”. --- Send in a voice message: https://anchor.fm/infinite-plane-radio/message Support this podcast: https://anchor.fm/infinite-plane-radio/support 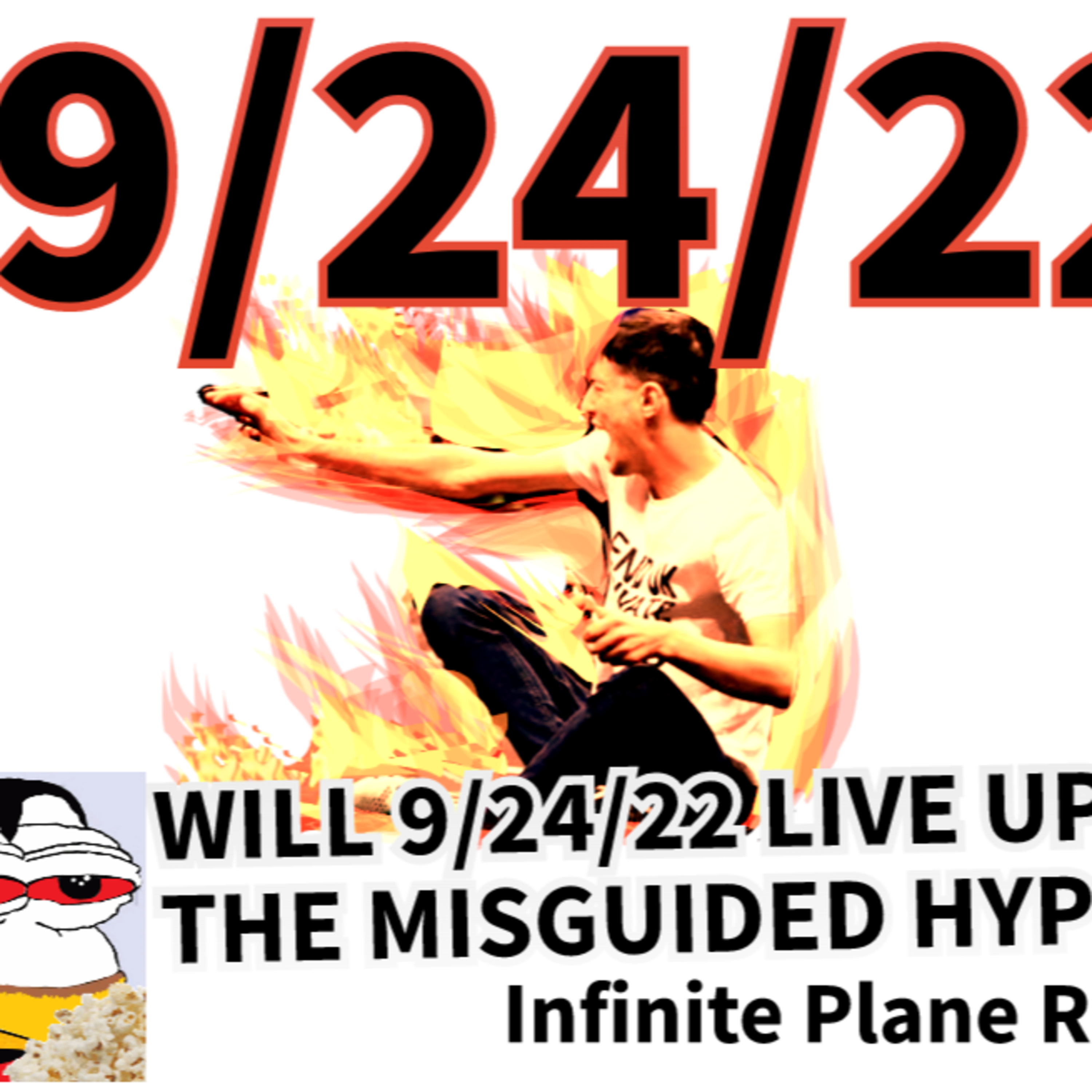 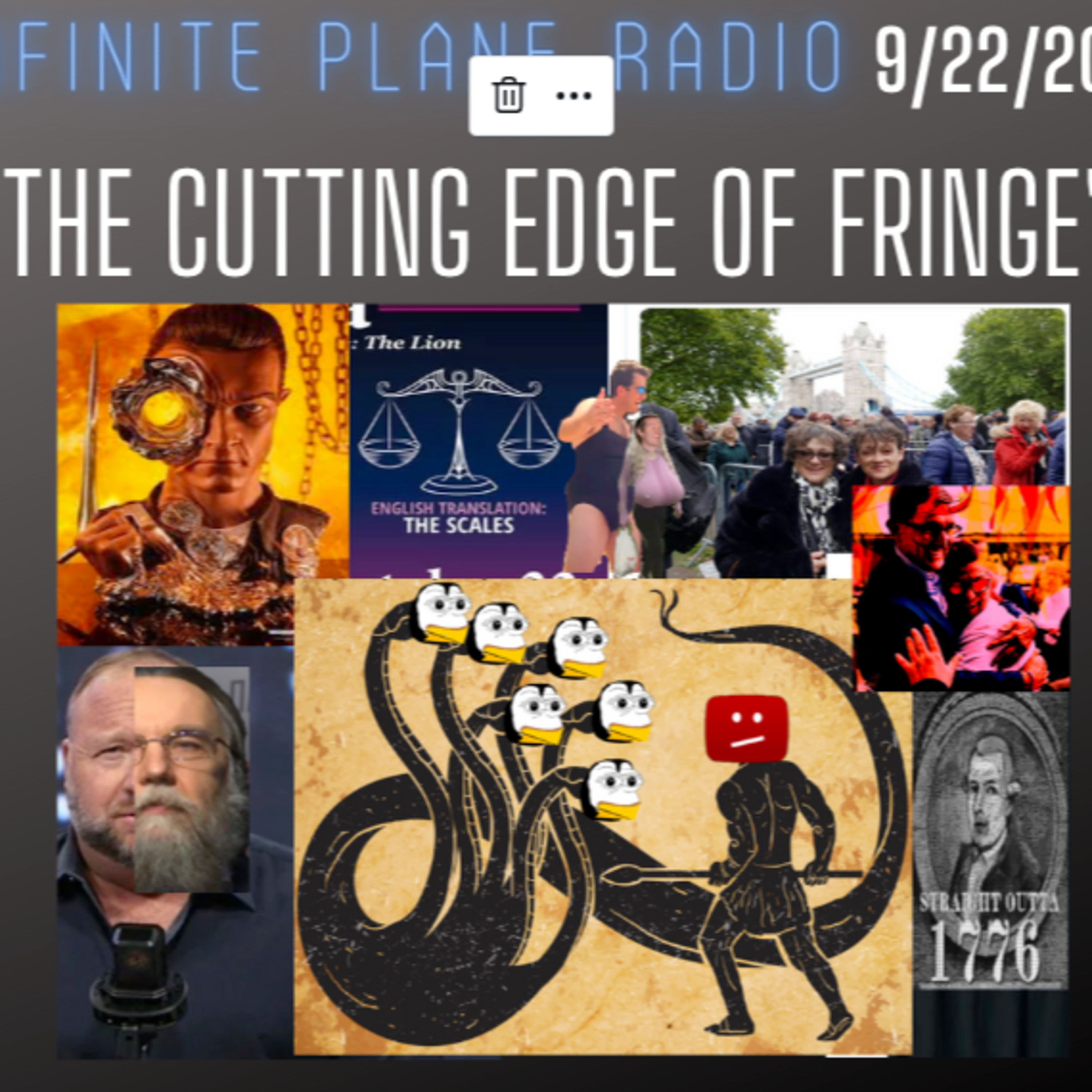 "THE CUTTING EDGE OF FRINGE" INFINITE PLANE RADIO, 9/22/2022 Are we the cutting edge or fringe? Infinite Plane Society has a new ground zero: https://ips.monster/ . We are far past the point of being deleted, canceled, or censored New Russian weapons could flood US coastal cities with nuclear tsunamis. Nuclear Winter, Marina Abramovic opening portals as we all Fall into Hades. All Metascripted signs point to "judgment," as Putin threatens the Antichrist West. --- Send in a voice message: https://anchor.fm/infinite-plane-radio/message Support this podcast: https://anchor.fm/infinite-plane-radio/support 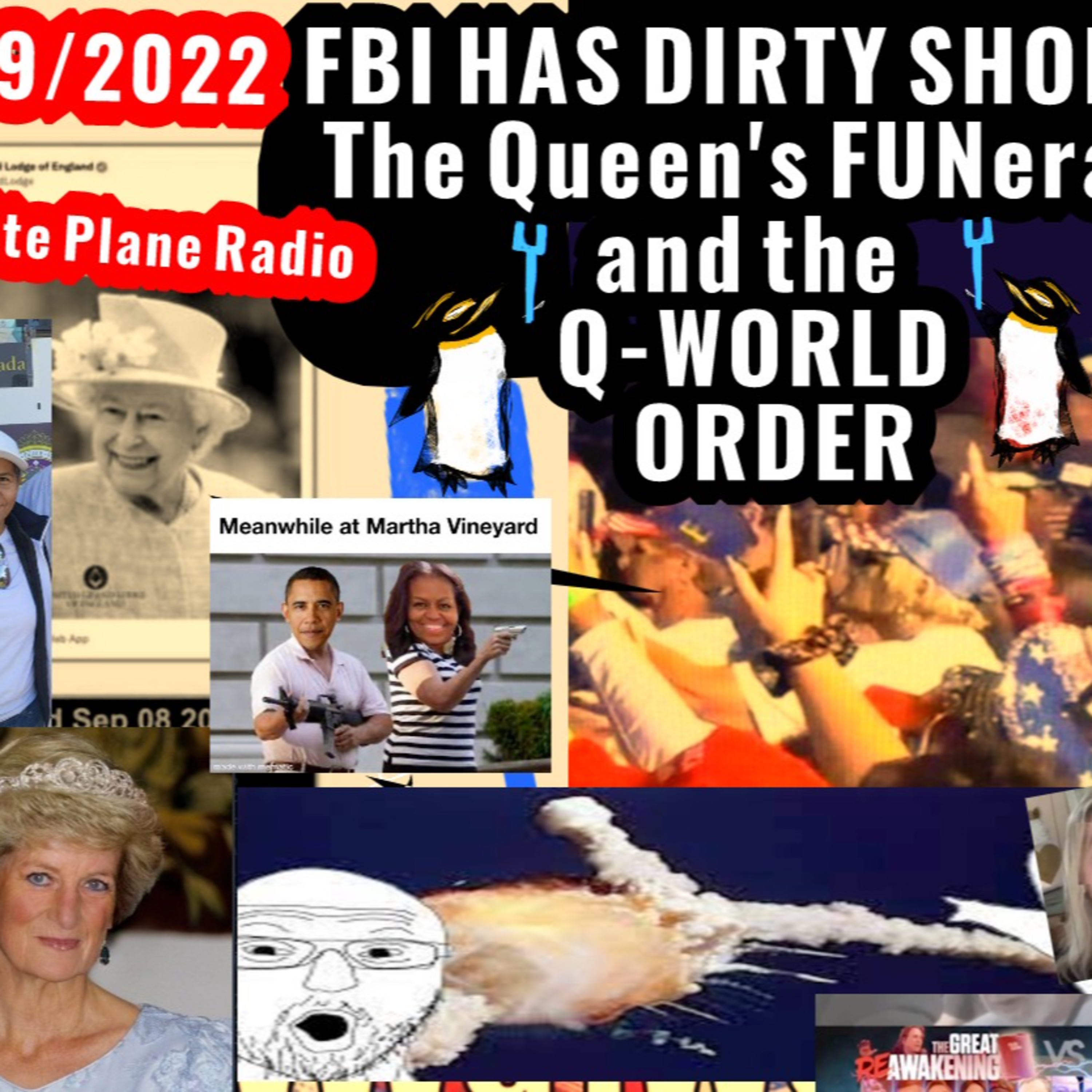 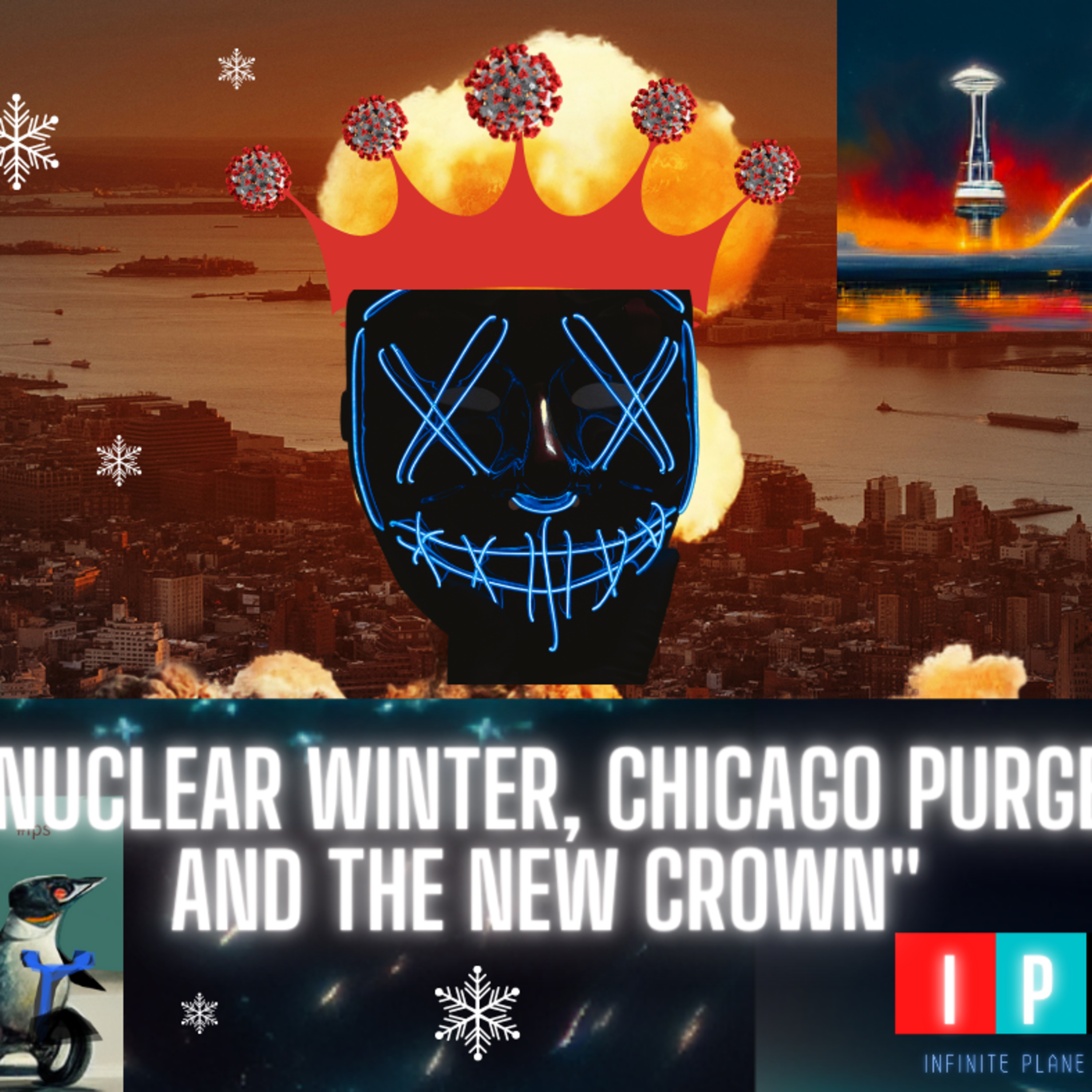 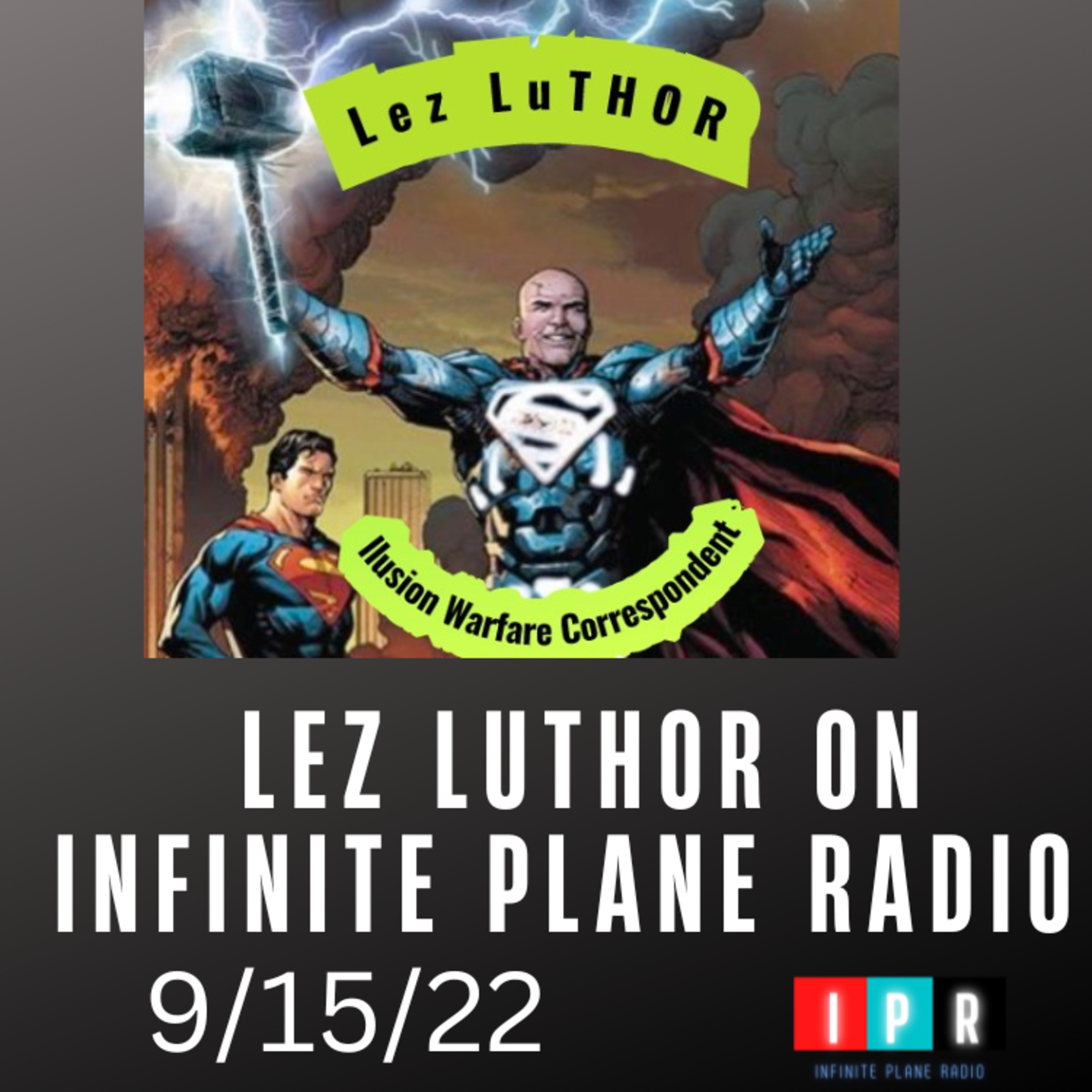 Today we had a brief (30-minute) conversation with Lez Luthor, Illusion Warfare Correspondent. Follow his work here https://mobile.twitter.com/LezLuthor/... Listen to more podcast conversations with Lez Luthor on his Patreon patreon.com/lezluthor --- Send in a voice message: https://anchor.fm/infinite-plane-radio/message Support this podcast: https://anchor.fm/infinite-plane-radio/support 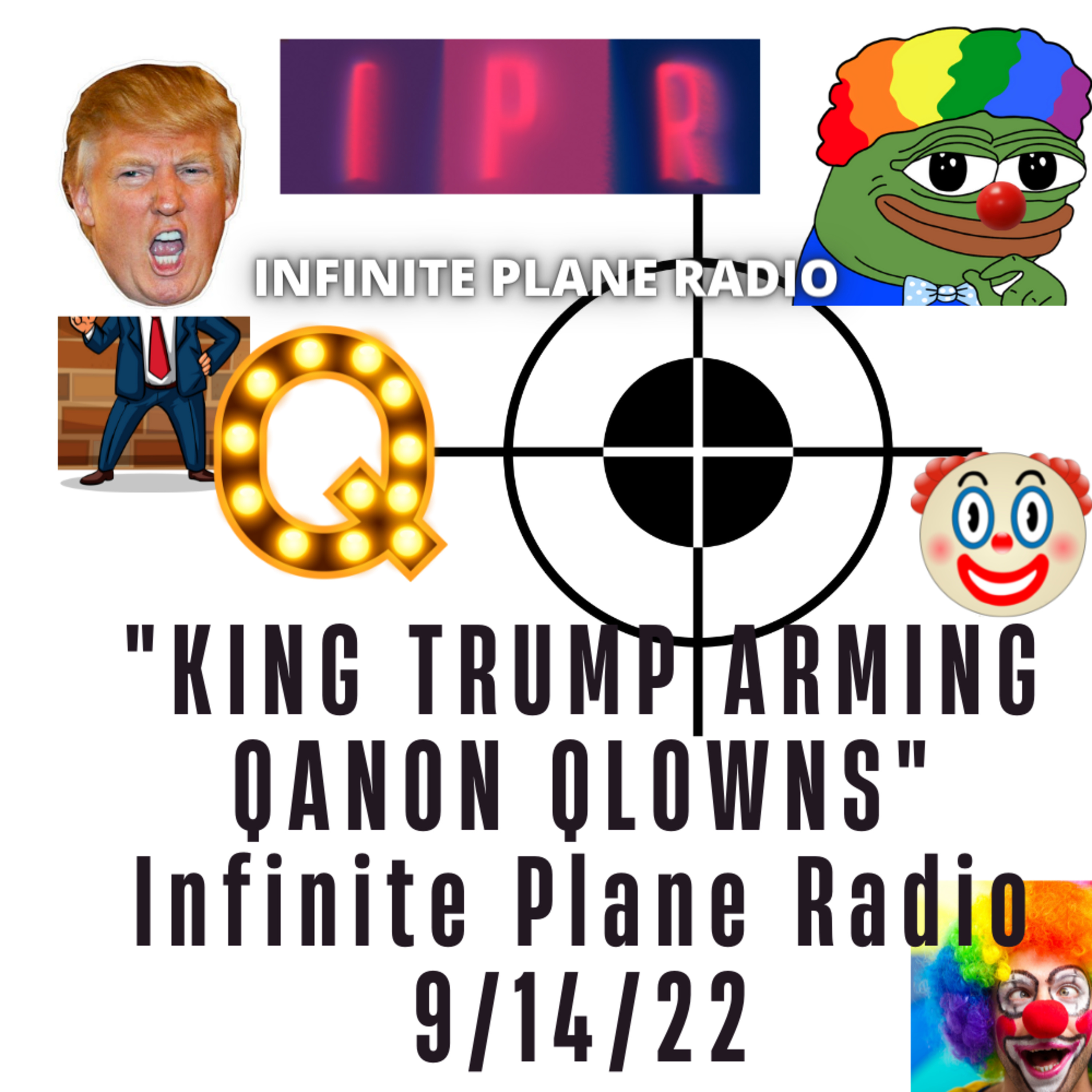 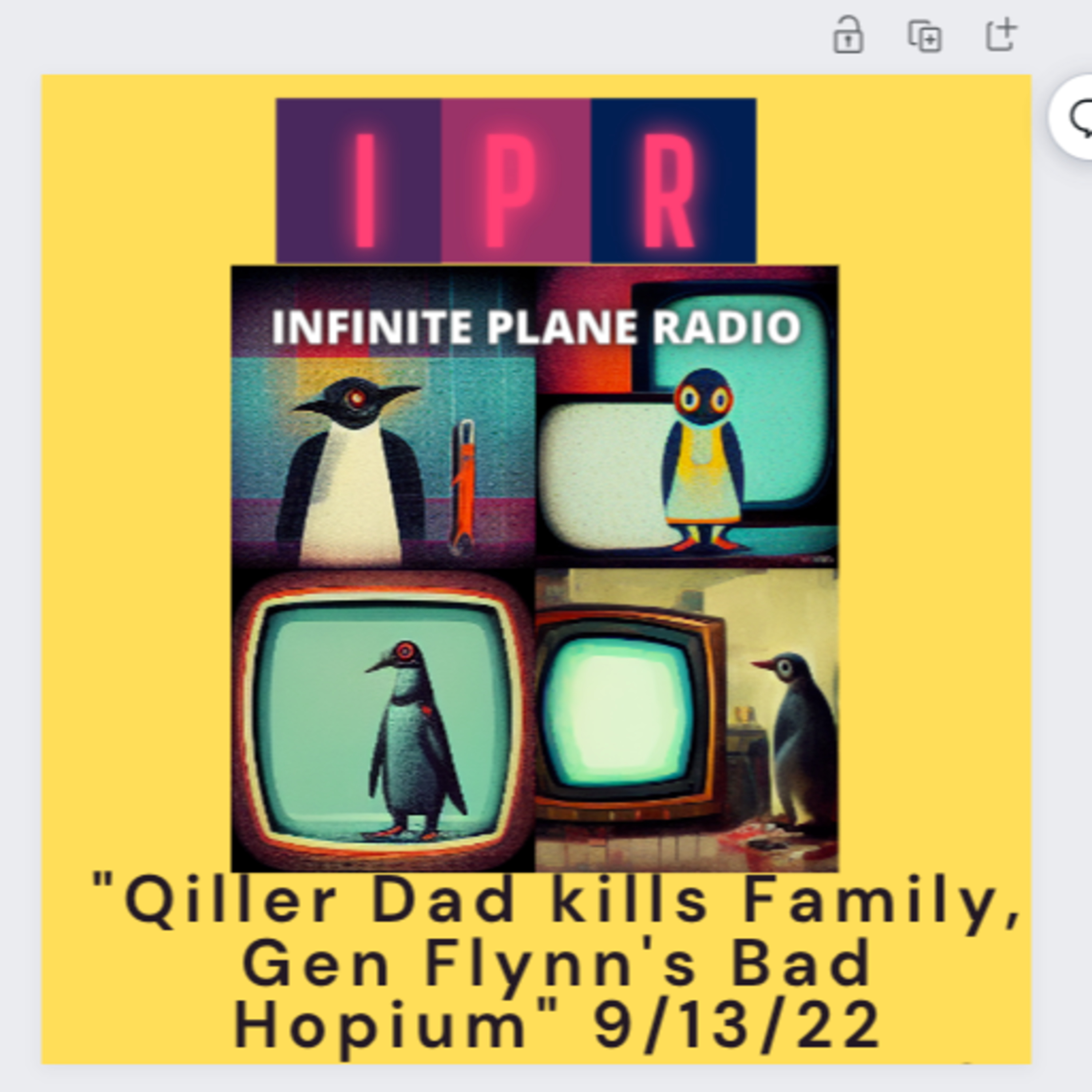 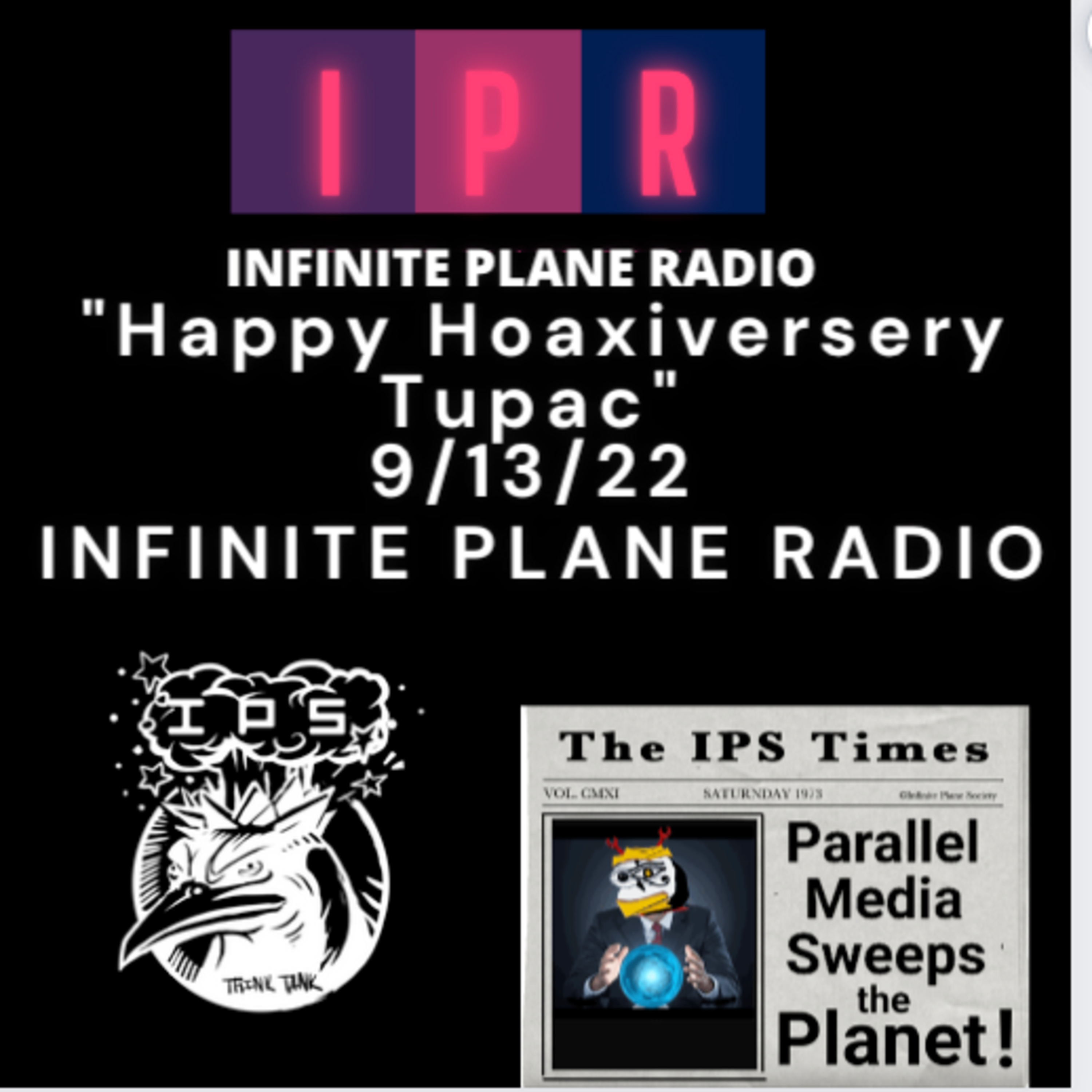 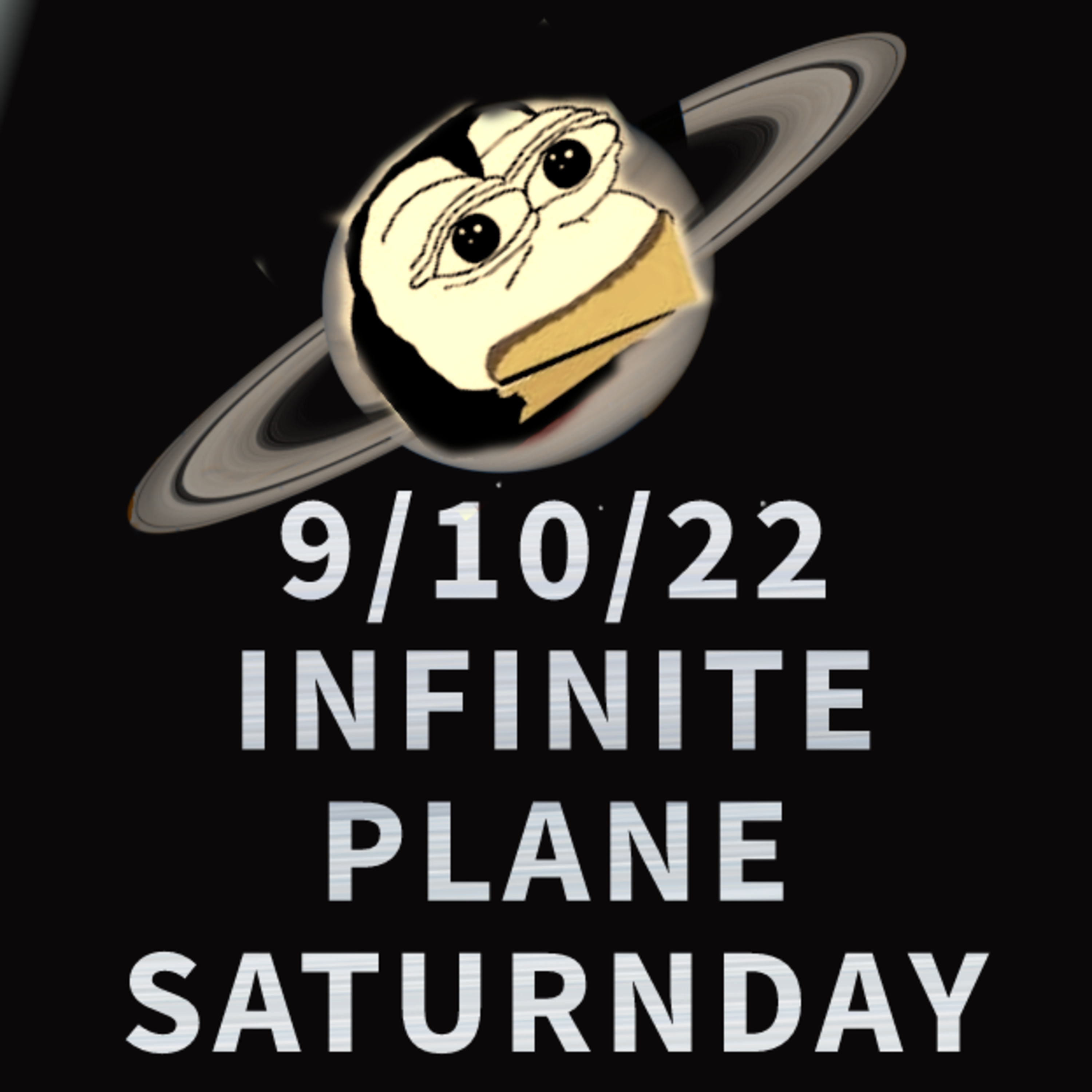 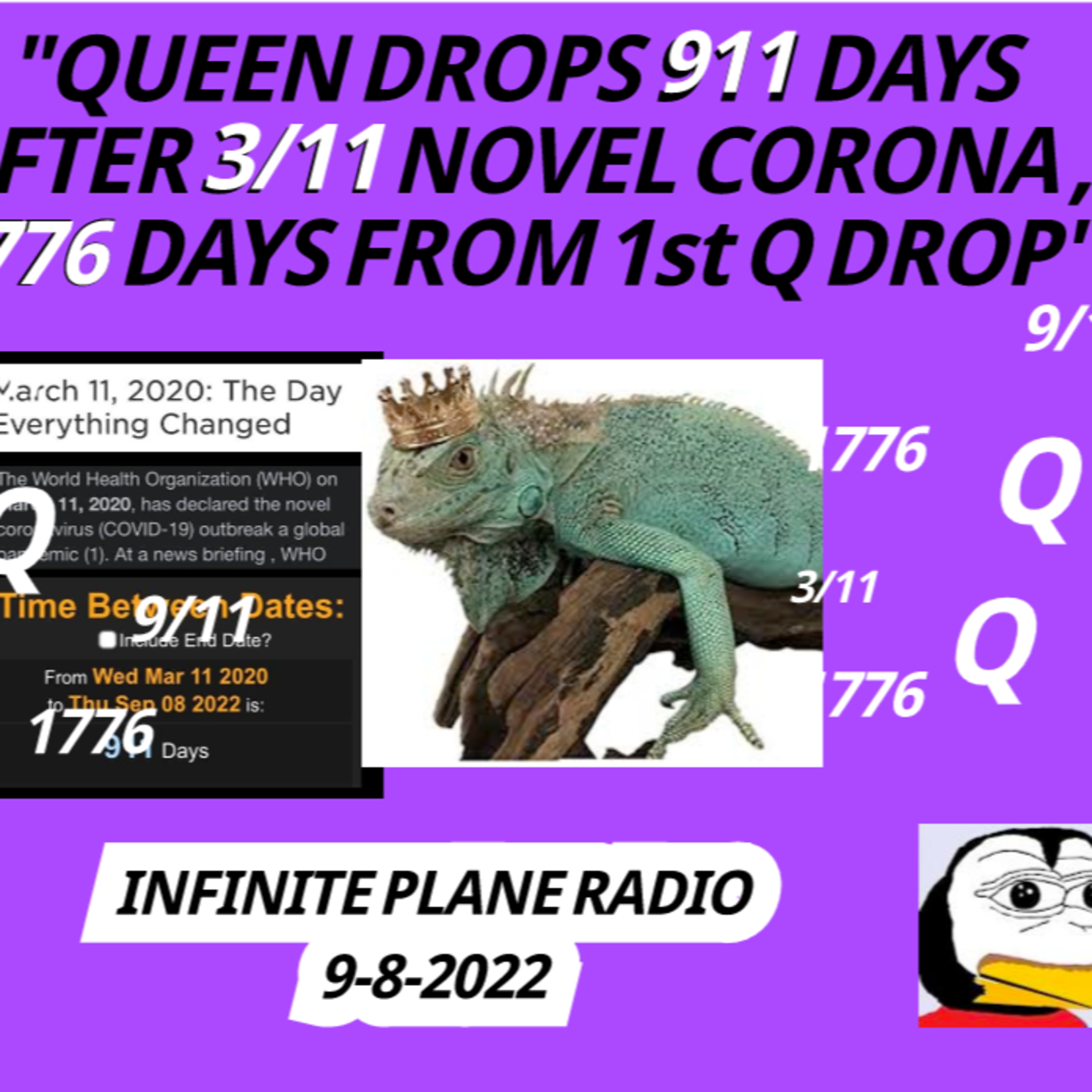 QUEEN ANON? 1776 days after the first Q drop the Q drops out. The Queen dies at 86 after 70-year reign. This has excited many residual QAnoners that the “White Hats” were in control the entire time. Personally, I am entertaining the possibility there may be one final Drop such as “It was me the whole time -- the 'Q'ueen " —maybe on the tombstone. 77 years and 7 days after the end of WWII On 3/11/2020 I suggested the world had a NEW CROWN and that this is who the world leaders were kneeling to. NEW CROWN: THE QUEEN DIED 911 DAYS AFTER 3/11/20 NOVEL CORONA --- Send in a voice message: https://anchor.fm/infinite-plane-radio/message 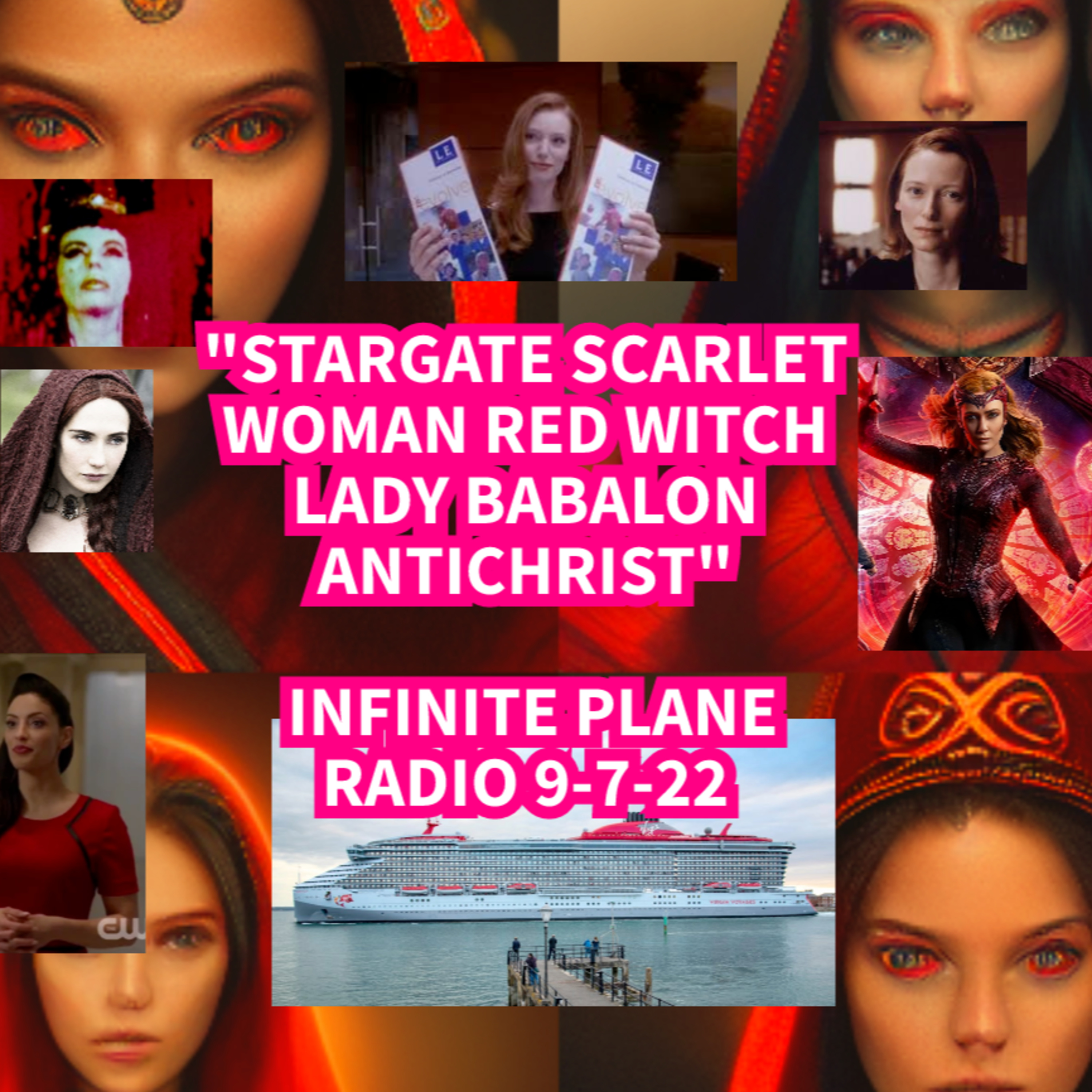 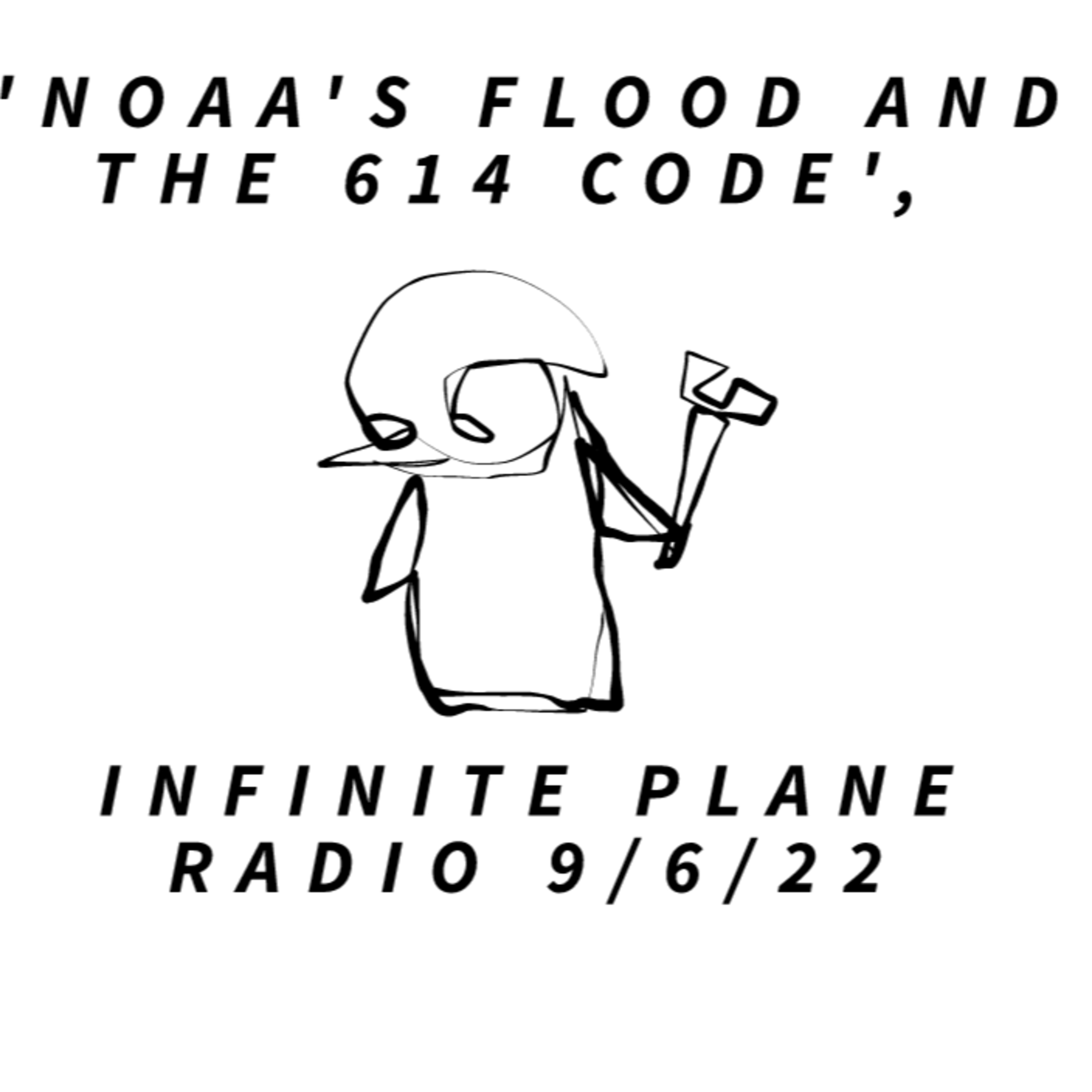 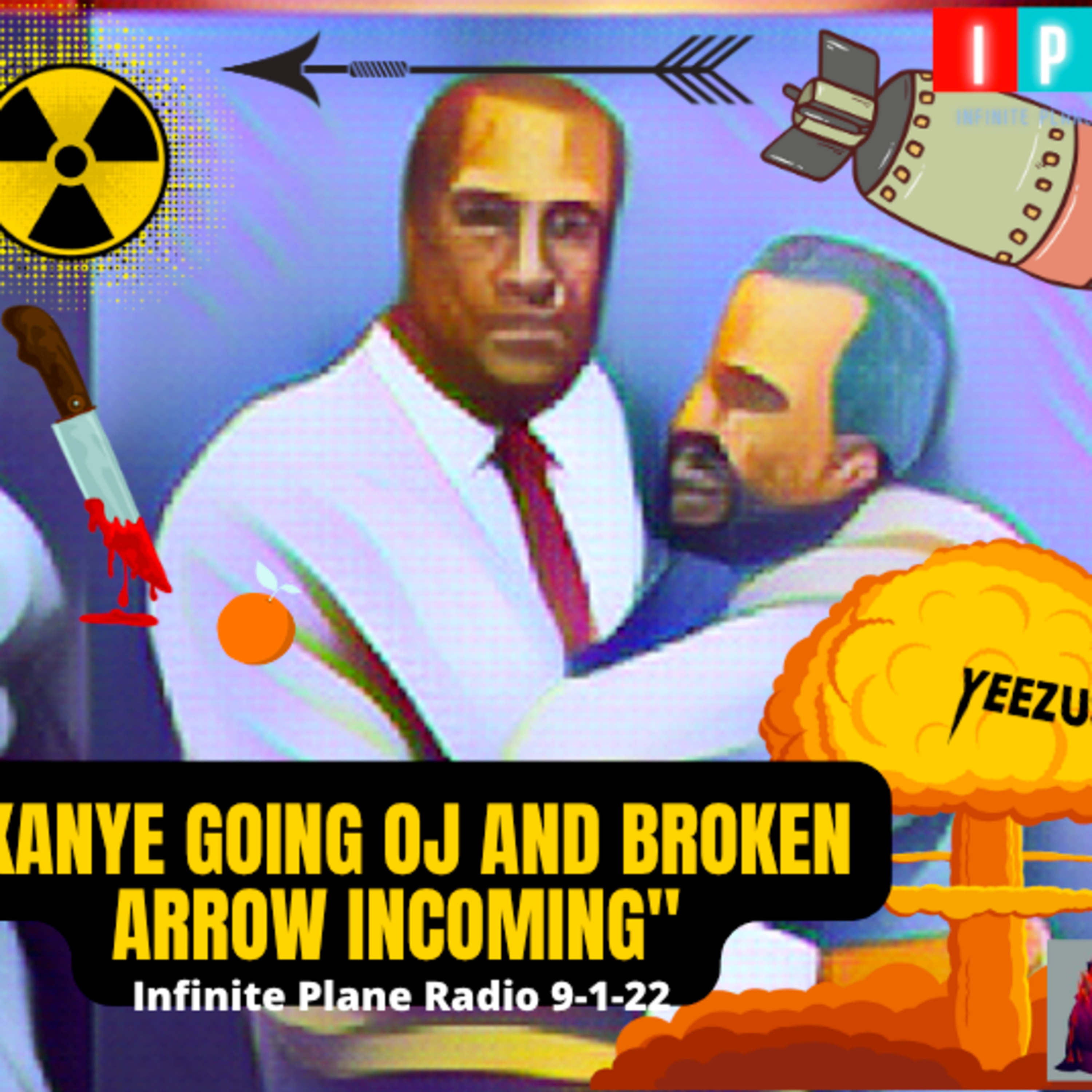 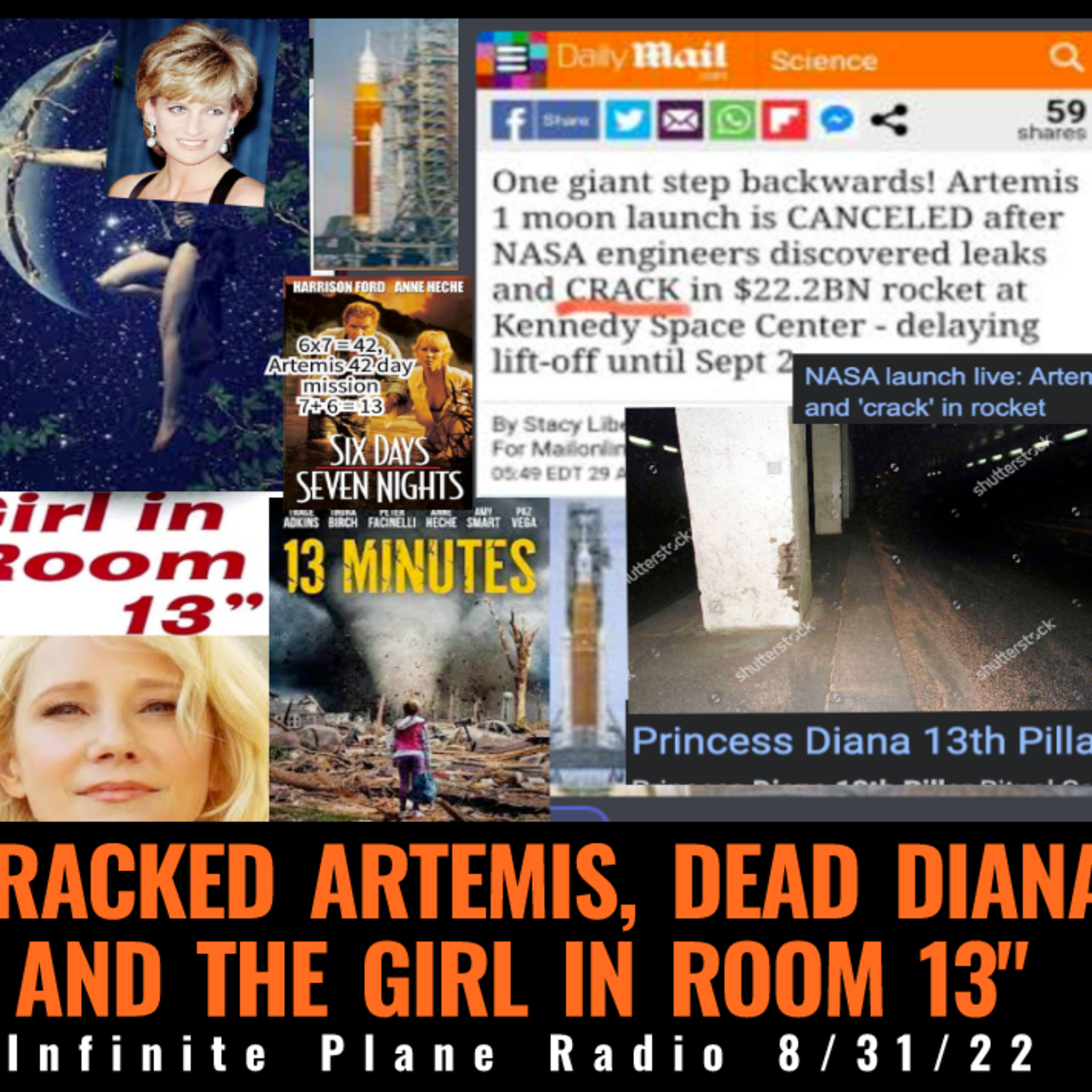 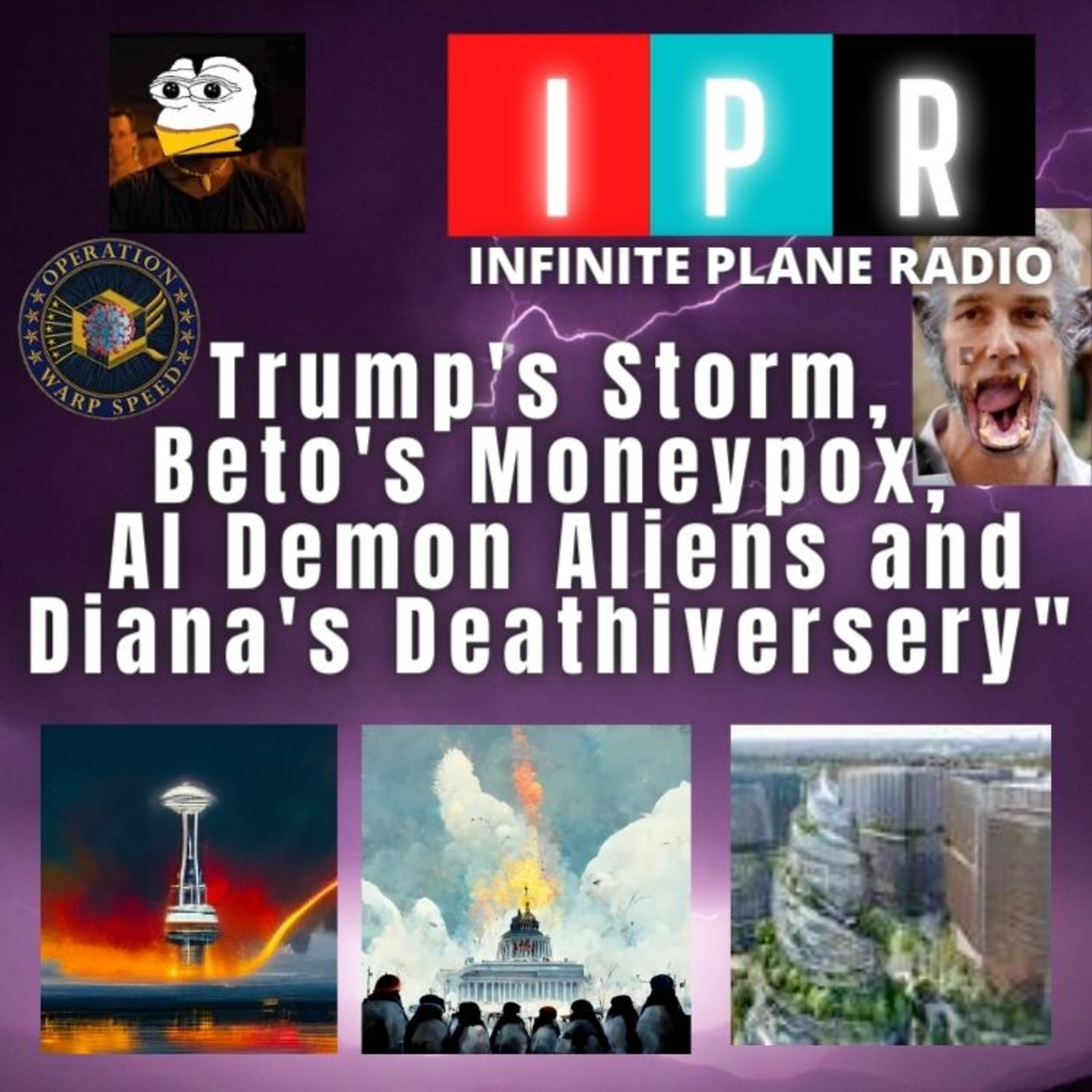 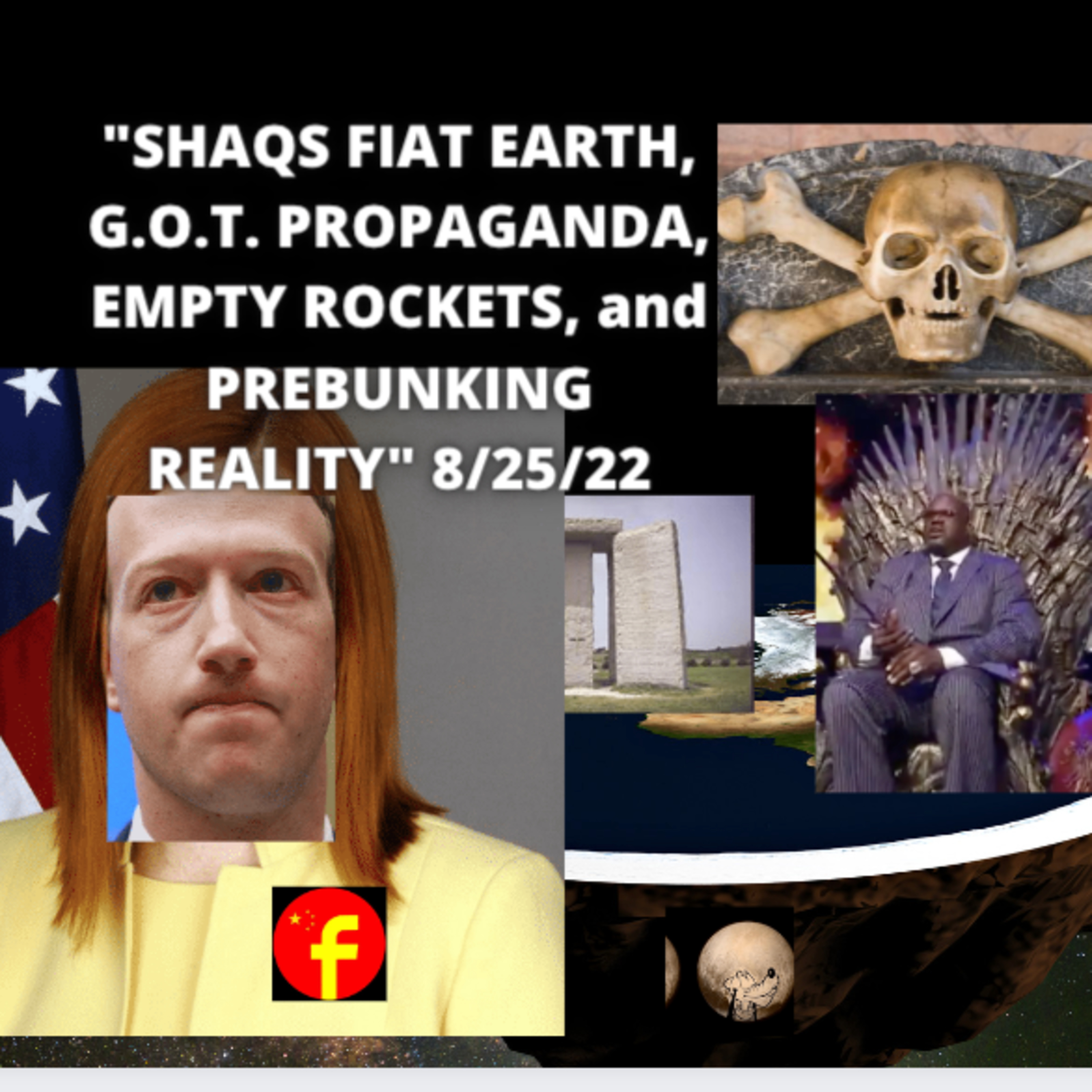 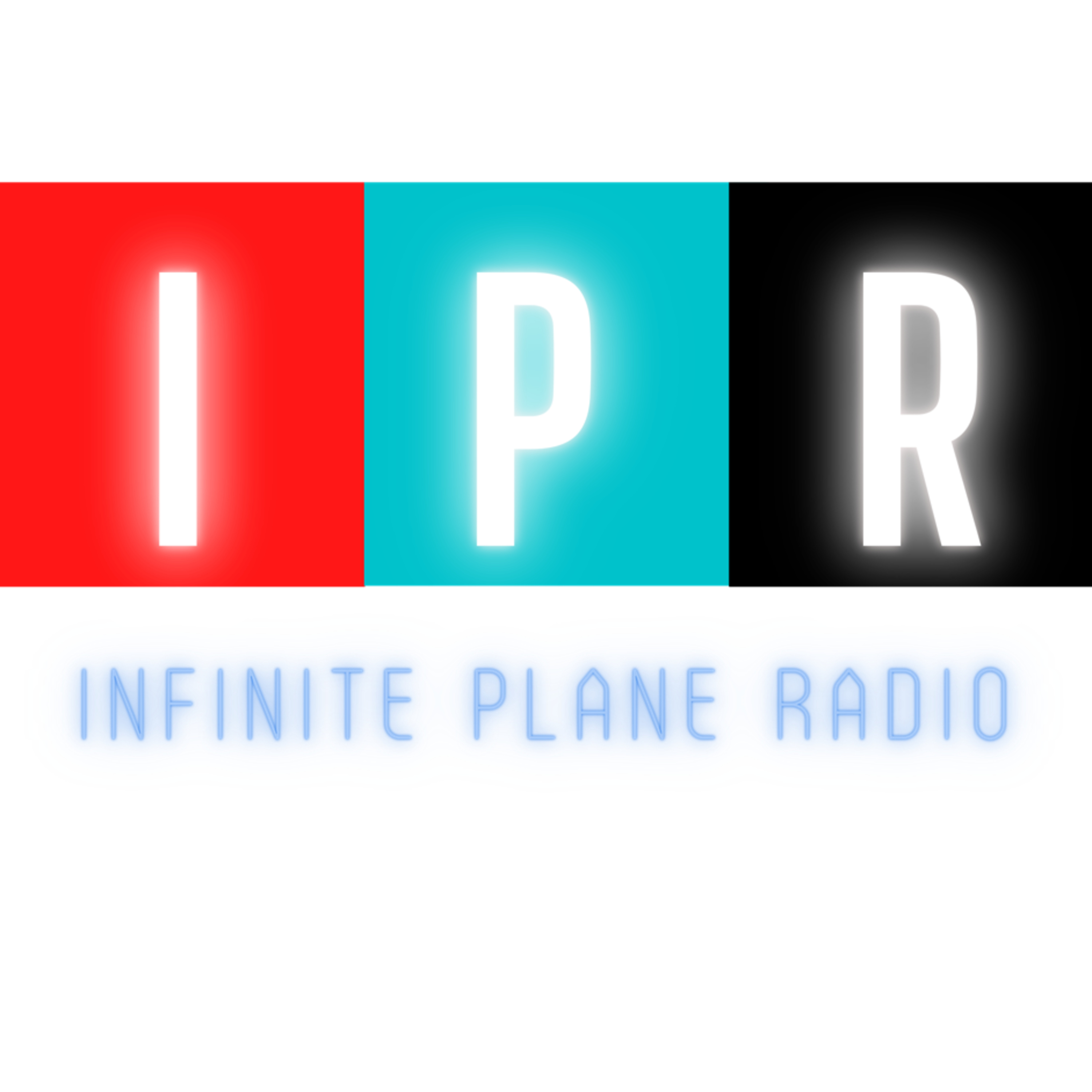 CH3MTRAiLS, GOD, GLOBAL WARMING, OR H0AX?" INFINITE PLANE SATURNDAY- 8/20/22 Who is causing the bad weather: God, man, or nature? Assuming it's changing at all..... --- Send in a voice message: https://anchor.fm/infinite-plane-radio/message 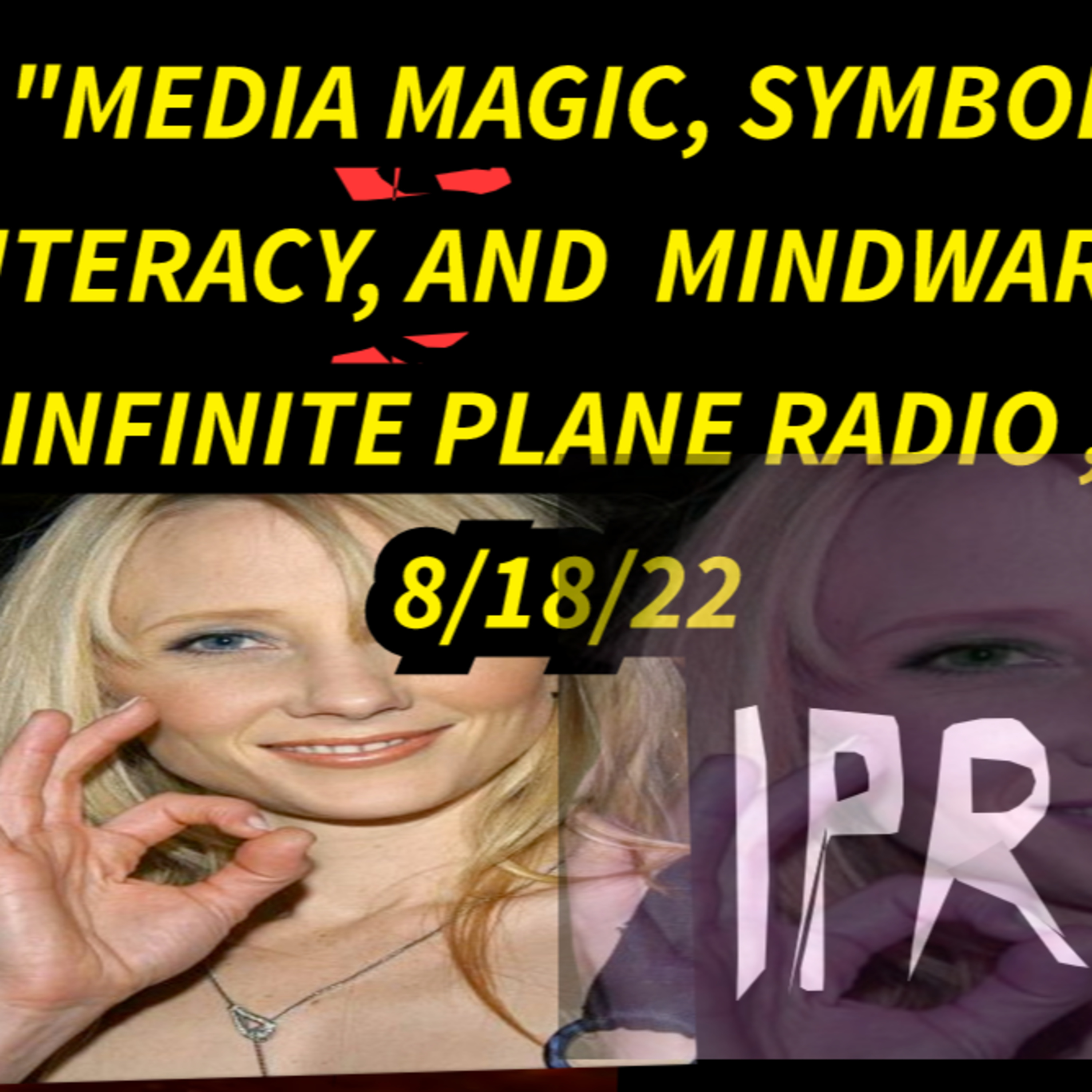 "MEDIA MAGIC, SYMBOL LITERACY, AND MINDWAR", INFINITE PLANE RADIO , 8/18/22 -- - - We discussed a few things, namely the "flipping" of Alex Jones on the already persecuted Trump who some believe to be the Antichrist. We're on a regular 9-11 pm MDT schedule during which phones will be routinely open. Tonight we talked about why we take note of the suspicious patterns in world events and how this ties into a deeper level, an esoteric side, to media itself (which I contend is the new Universal Religion). The talk of nuclear conflagration for Ukraine has reached a fever pitch and the 9/11 memorial museum near Ground Zero is closing, suggesting to me that before the next 9/11 anniversary, we'll have another Ground Zero to think about. We are just a couple of days past the "calm" and just wading into the "storm." We're in no danger of slowing or stopping, and this again is thanks to everyone for the support and participation in what is the only reality-based media organization. this is no exaggeration; you won't see us misreporting chorizo as distant stars or mistaking perception management psyops as real events.[ ] Support IPS - [ ] Superchats https://ko-fi.com/timozman - [ ] https://cash.app/infiniteplanesociety - [ ] https://venmo.com/timozman - [ ] FACEBOOK https://www.facebook.com/CrisisActors/- [ ] https://twitter.com/RealTimOzman- [ ] https://twitter.com/TimOzman_- [ ] TELEGRAM https://t.me/+t-pEtmGADBM1Njkx- [ ] MINDS https://www.minds.com/InfinitePlaneSociety- [ ] https://twitter.com/TheInfinitePlan- [ ] TIKTOK. https://www.tiktok.com/@timozman_art- [ ] https://flote.app/user/TimOzman/live --- Send in a voice message: https://anchor.fm/infinite-plane-radio/message

"TRUMP to get 33 YEARS in PRISON, DAY ONE OF THE STORM" INFINITE PLANE RADIO 8/17/22 --- Send in a voice message: https://anchor.fm/infinite-plane-radio/message 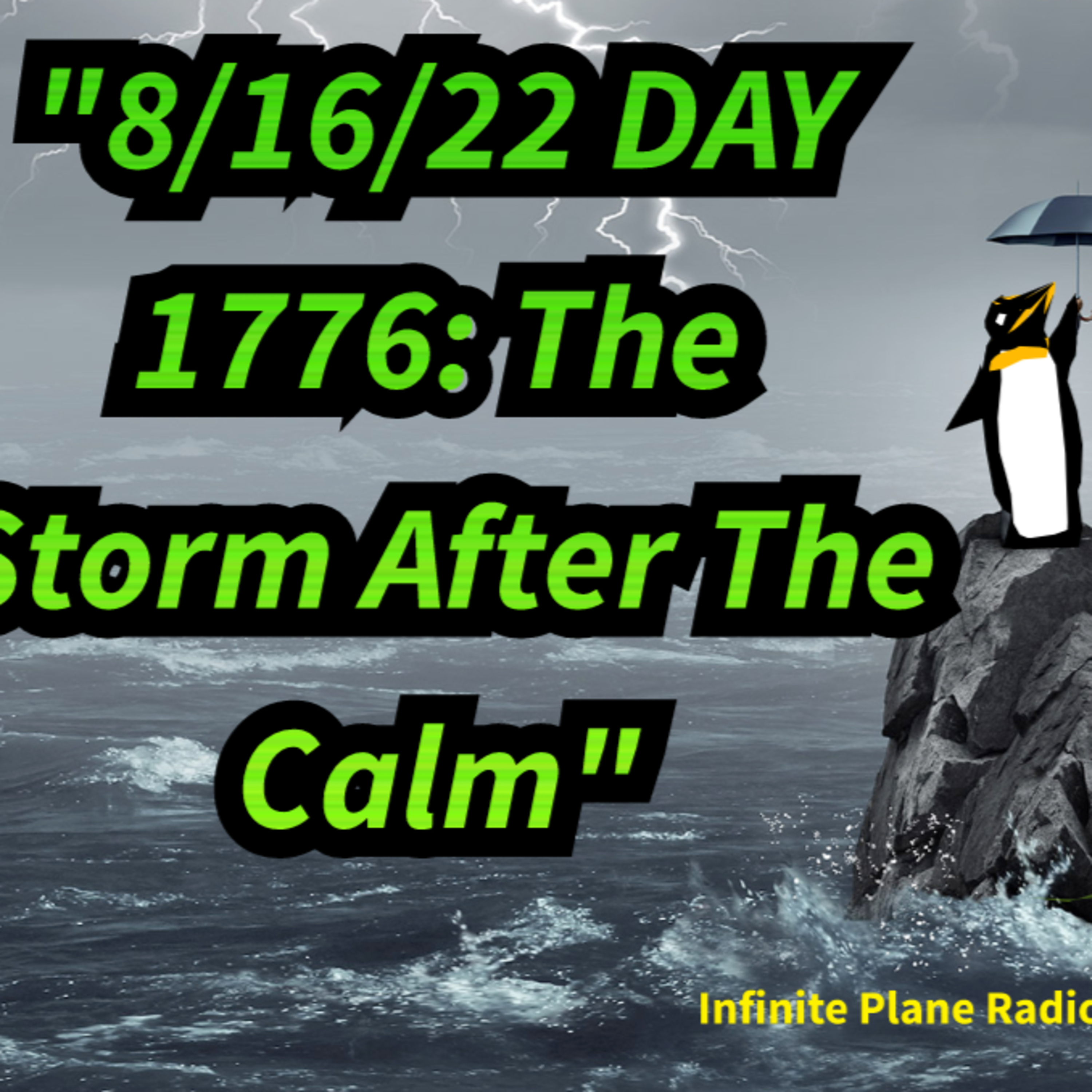 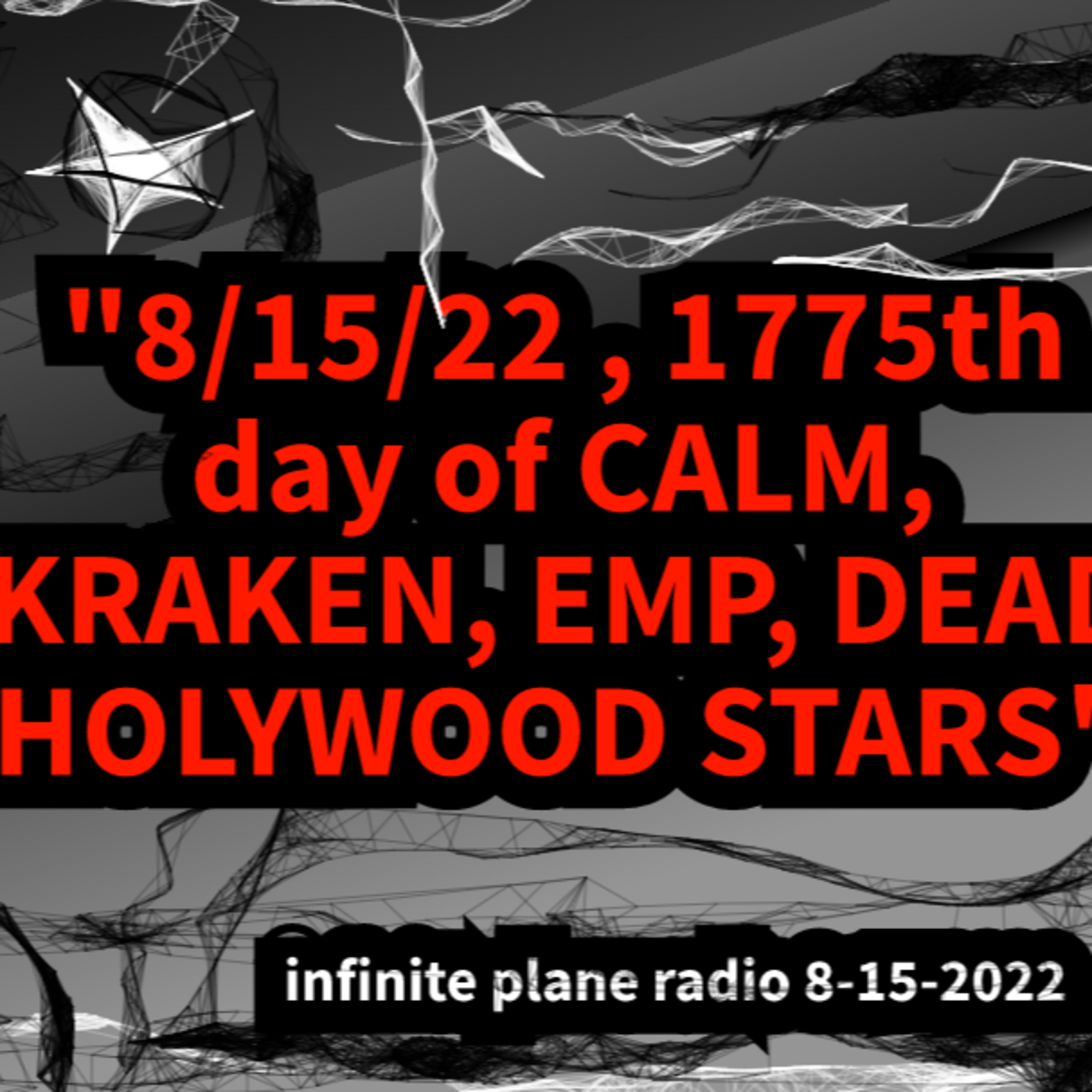 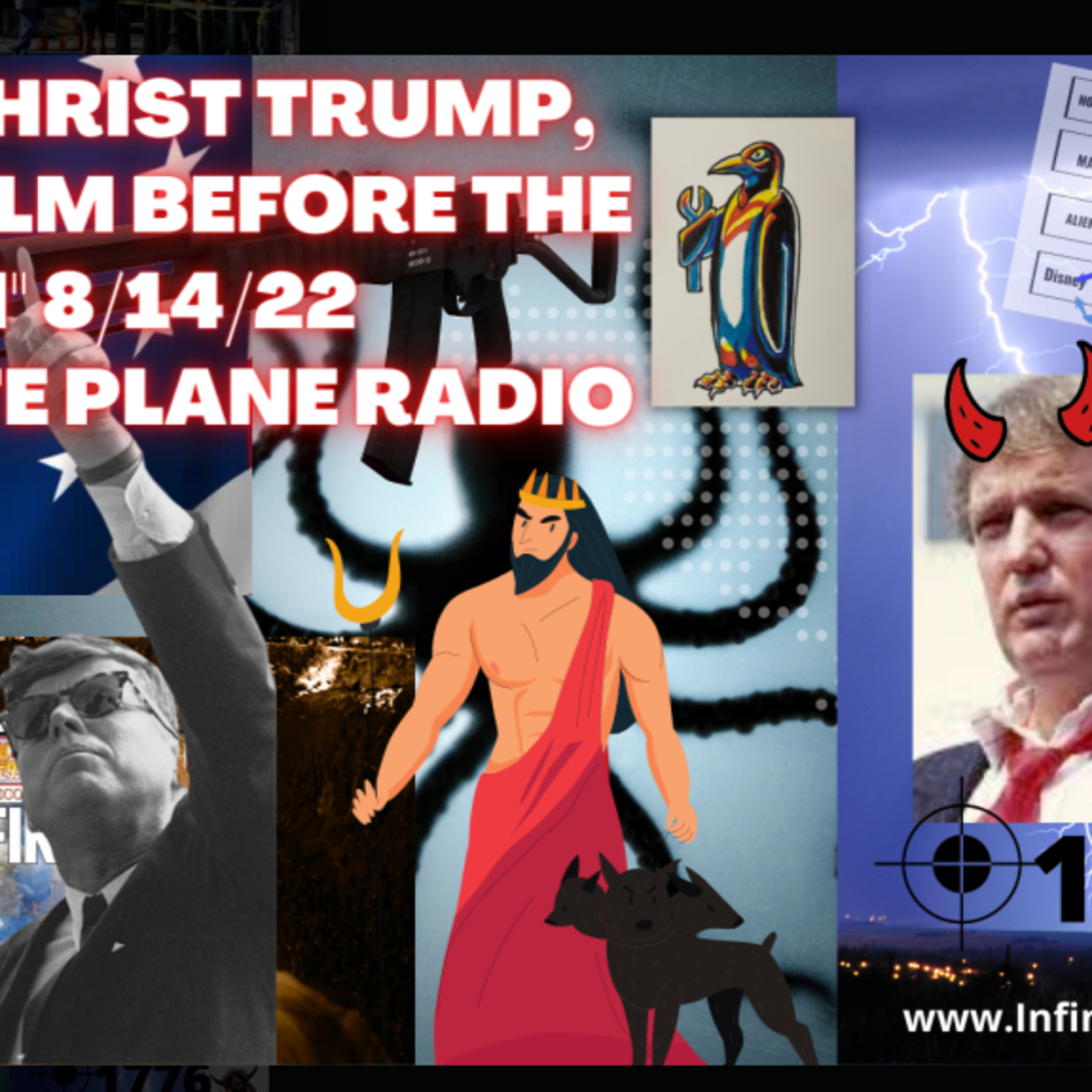 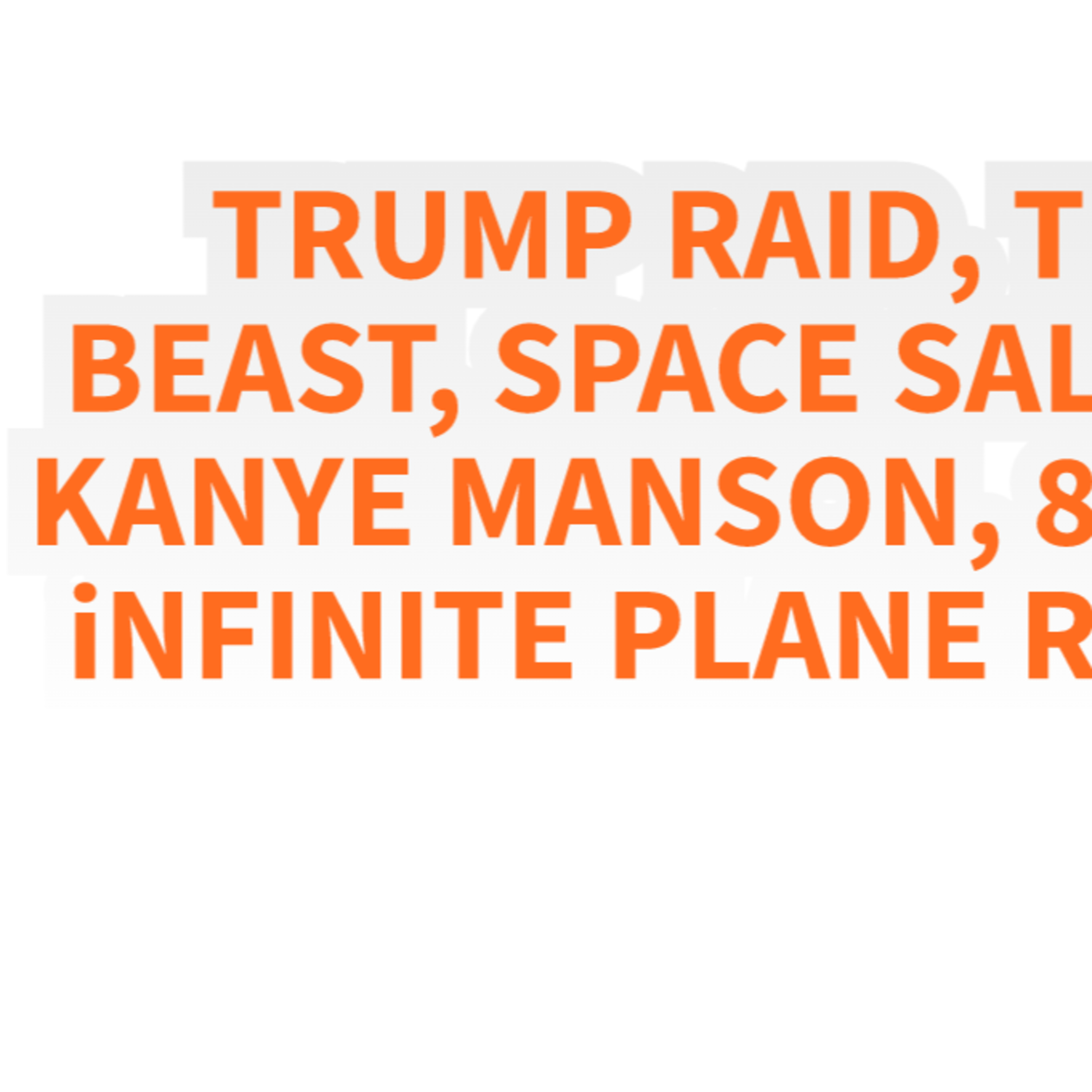 "THE OFFWORLD STAGE PERSPECTIVE" 7/31/22 iNFINITE PLANE RADIO #lnfiniteplaneradio #conspiracy Why do people trust the lying media? Because most don't have time to vet all the news they are expected to believe. This is by design. The non-stop 48-hours of news per 24-hour news cycle keeps media consumers from verifying anything. Radical skepticism reduces the amount of time needed to be in the know about what is knowable. Whether one approaches the psyop entertainment complex with skepticism or trust determines one's experience. Who or what is the final arbiter of truth when it comes to what you accept? Is it a media outlet, the consensus, a specific pundit, or is it your own critical thinking faculties? Question: How does one avoid the trap of ignorance without having to pay attention to the overwhelming flood of conflicting narratives? Answer: By understanding the motives behind the stories. We ask what happened, not who did it, because the "it" has to be established as a factual event. Asking the question "did it happen at all?" is a good starting point. To assume the premise established by the initial reports is to build on a foundation of hearsay. Share For example: if the shooting is connected to a gun grab narrative pushed by an up-and-coming politician from the antigun side of the political spectrum, then one doesn't need to process the shooting as a crime or massacre until first questions have been resolved as to the events political utility. Is it a shooting or a psychological operation? This is a fair question to ask and the answer determines whether the event warrants your time, attention, and a vote for a politician promising to prevent such a tragedy in the future. Again, the "what is it?" is a more important question than "who did it?" when the "it" hasn't been established by facts. Truthers will chase "second-shooters", "MK Ultra Assassins", and "patsies" for years never realizing that these alternative explanations are there to protect the mainstream version's central premise that an "IT" happened. The MSM and the alt-media are actually on the same sheet when they debate "false flag" vs the reported story. The "9/11 was an inside job" crowd still thinks the event happened as reported, they merely disagree on who to blame. False Flag Theory is the generic alt-media explanation for all shootings and terror events. False Flaggers argue with Autohoaxers all the time. Why? because they are protecting their explanation. False Flag Theories insisting that "people die" at these mass shooting events rely on claims that derive from MSM hearsay and not actual sources. To refute their claim is to leave them without actual casualties and a viable scapegoat. Without deaths and a villain, the psyop doesn't work. The psyop is supposed to motivate the traumatized believers to support a political agenda or a major worldview-shaping lie. I want to point out that Q-anon believers are all False Flag theorists trusting in anonymous sources and basing their views on hearsay. Whatever happened to saving the children? You know, the ones in the underground tunnels being trafficked by democrats and Deep State agents? Since 2017 they have been chasing a patsy called the "Deep State" for its supposed crimes against children (among other things) but my question is: where are the victims? Note how the Left sees the Right as killing children with guns, climate change, war for oil, hate, and capitalism, while the Right sees the Left as killing children with abortion, Satanic cannibalism, and a depopulation agenda. To be clear, I am not advocating for some milquetoast middle ground position of "taking no sides". This is the trouble with the dueling sides: they both look bad so people that know better tend to take no sides or adopt a "neutral" position. This is highly fallacious as there is no midd --- Send in a voice message: https://anchor.fm/infinite-plane-radio/message 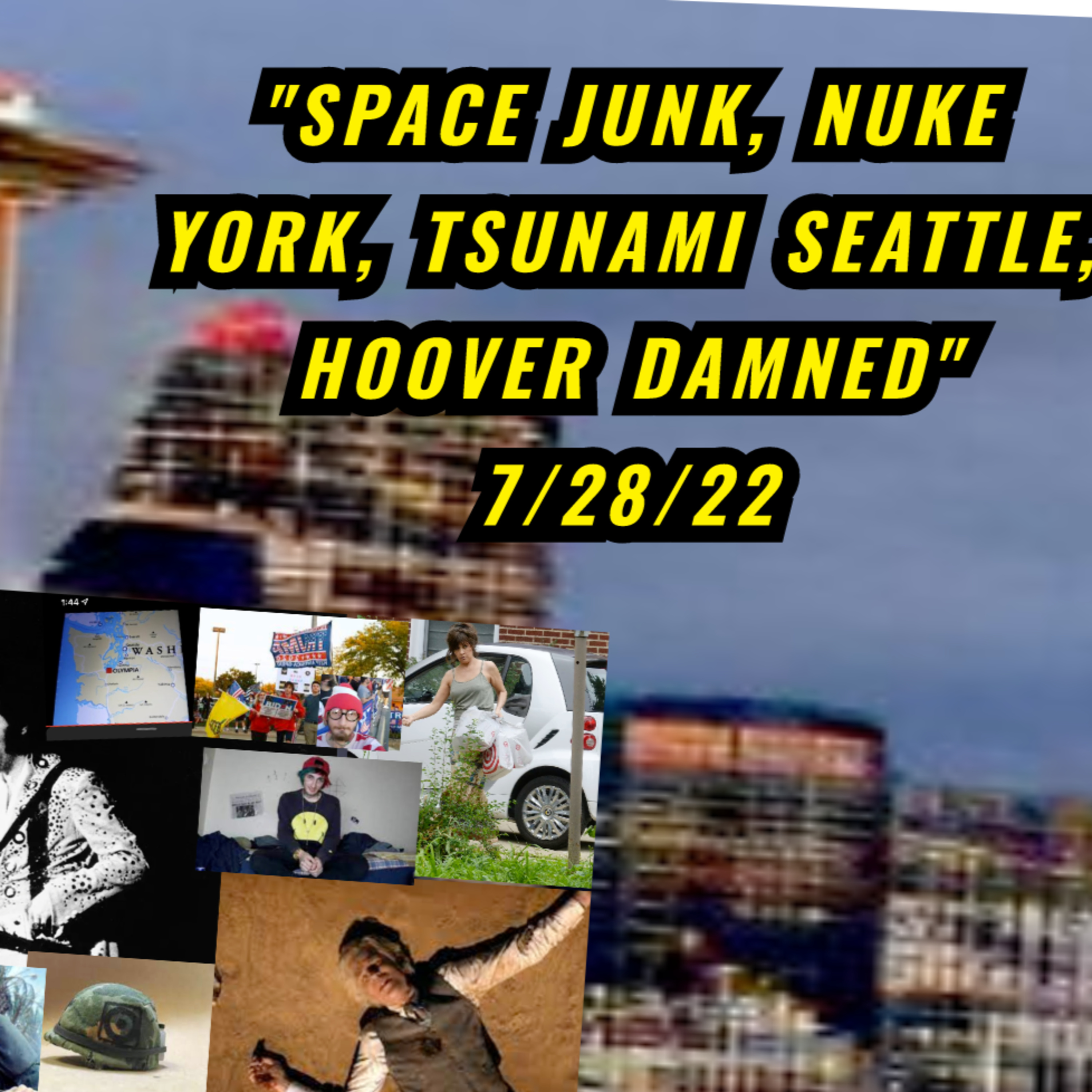 The IPS Inciter for 7/27/22 Today we are looking at Alex Jones may owe the Sandy Hookers 216 million dollars in damages. Was it worth it when all he did was back off the significant claims? The end result is the false-flag and official narratives remain unchallenged and the inner workings of the psyop entertainment complex remain obscured. Nuke York, Nuke York: While a nuclear attack has not hit New York (yet), the city's emergency management department wants residents to be prepared. It started with ominous public service announcements and has escalated to recommendations for “GO Bags” ( because prepperism is okay now). But where will they go? The PSA says to stay home and huddle in the basement around the television for some nice MSM and family trauma-bonding. Our fully vaxxed and definitely not sometimes computer generated President caught Covaids again. This despite being double-masked–triple if you count the Joe Biden mask. The most likely sources for the infection are misinformation and climate change. And finally, asking for a fren: has anyone checked alleged sex trafficker Rep. “Matt Pizza” Gaetz's Venmo statements to verify he hasn't paid for underage abortions recently? Gaetz was one of 20 Republicans who voted “no” to reauthorizing an anti-human trafficking law, btw. His wingman Joel Greenberg was indicted on 33 counts of theft, stalking, sex trafficking, cryptocurrency fraud, and Small Business Administration loan fraud. Crisis Actor Gone Wild: Alex Stein reinforces the central myth of the Uvalde Perception Management Hoax Shooting by ranting at the City Council for not leading the police into Robb Elementary themselves. Stay tuned in to Infinite Plane Radio at Infiniteplanesociety.com and all the available streaming and podcasting platforms. Our 24 audio stream is carried on Radio.net, the Conspiratainment Radio Network, and the Tunein App. SIGN UP FOR LIVE NOTIFICATIONS http://infiniteplanesociety.com https://infiniteplane.media/ Tim Ozman is the host of Infinite Plane Radio As the editor-in-chief of the Fake World News tabloid has been at the cutting edge of conspiracy analysis and mainstream media deconstruction since 2017. Infinite Plane Society is a growing think tank comprised of like-minded malinformationologists. --- Send in a voice message: https://anchor.fm/infinite-plane-radio/message Support this podcast: https://anchor.fm/infinite-plane-radio/support 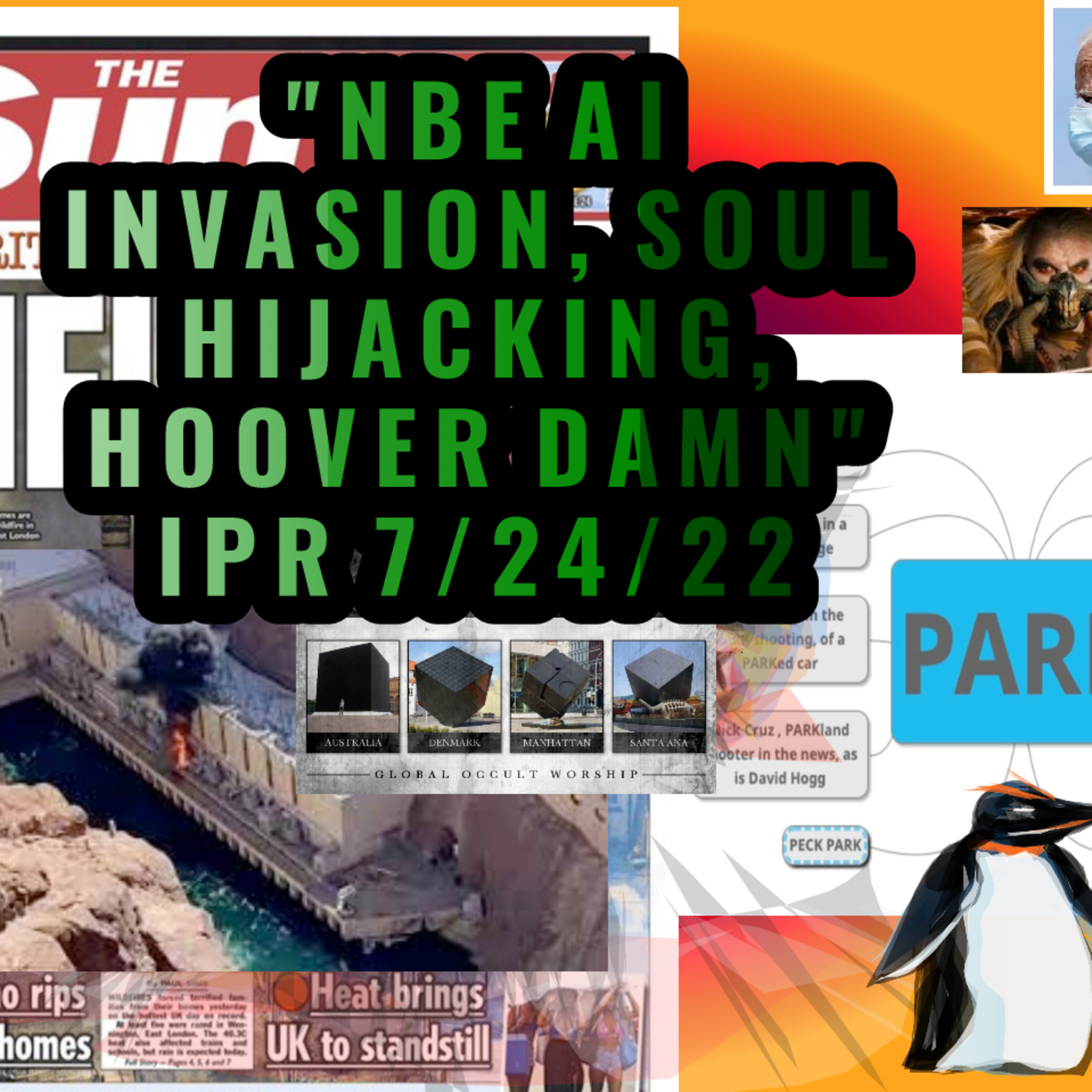 "SQIBBY ABE, NASA BLEW UP THE GUIDESTONES, and YOUR CALLS" INFINITE PLANE SATURNDAY 7/9/22

"GEORGIA GUIDESTONES BOMBING WAS AN INSIDE JOB" infinite plane radio 7/6/22 The Guidestones Capstone was damaged as NASA's Capstone cubesat went dark. This was on the 76th Birthday of George W Bush, in the 42nd year of the monument's existence. We discuss the Saturnian symbolism of the cult of death and how it connects to this staged event. --- Send in a voice message: https://anchor.fm/infinite-plane-radio/message Support this podcast: https://anchor.fm/infinite-plane-radio/support