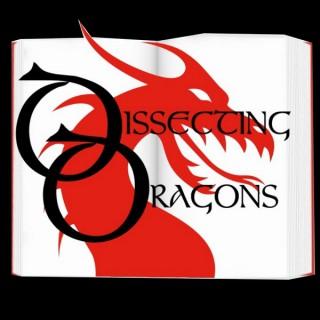 Dissecting Dragons: Episode 215: The Book was Better than the Film, or When it Wasn't - Adaptations, Revamps and Sequels

Episode 215: The Book was Better than the Film, or When it Wasn't - Adaptations, Revamps and Sequels   What's better than a beloved book or film? The same book presented as a film or a series of sequels to a childhood favourite movie? Or maybe even a revamp or reboot of a classic? More of what you already love can only be a good thing, right? Well not always. In some cases not even most of the time. This week* the dragons are looking at books and films and TV series where an adaptation was better than the original; where the adaptation really wasn't better; and when the sequels or reboots surprise you by being better than the source material. Jules and Madeleine look at why a film is sometimes better than the book, and why some books just don't adapt well. On the slab this week - Beautiful Creatures, Star Trek in all its incarnations, The Witcher, Dr Sleep and many more. (* Jules and Madeleine are well aware of the current pandemic and while they've decided to continue the podcast as entertainment and escapism, they do discuss it at the beginning of the podcast. If you would like to skip this, tune in at the 22min mark - it's a long episode!)   Title music: Ecstasy by Smiling Cynic 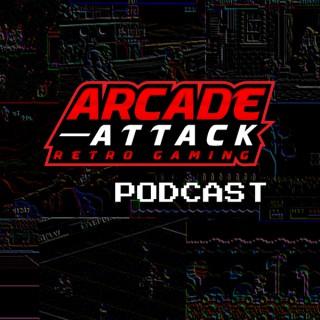 As we face a brand new decade full of the promise of the new we’ve naturally decided to look backwards, at 10 years when retro gaming really staked a claim in the mainstream. Revamps, reissues, tournaments, bars and, of course, the characters that helped cement retro gaming's place in culture. Fancy discussing this podcast? Fancy suggesting a topic of conversation? Please tweet us @arcadeattackUK or catch us on facebook.com/arcadeattackUK All copyrighted material contained within this podcast is the property of their respective rights owners and their use here is protected under ‘fair use’ for the purposes of comment or critique. 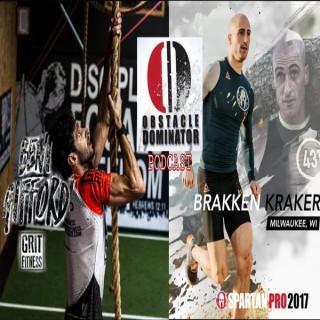 After a month break Beni and Brakken are back, and with quite a different look. They cover some GREAT content as well as... -WHY such a long time with no episode (and how thats related to why Beni is now missing several teeth, including one of the front ones...) -A recap of the Dallas Stadium, Brakken's first ultra trail race (50k) and a look forward at the final race of the US Spartan Series in Utah... -Common HUGE gaps in understanding of absolutely BASIC training principles... -Beni's new sub 5 mile PR and Brakkens new post-collegiate mile PR... ...and much more! THE OBSTACLE DOMINATOR GUIDE IS INDEED COMING SOON Give us a rating on iTunes (or wherever the hell you listen to us) As well as follow us on IG (and Facebook but, bleh. FB is dead.) @obstacledominator Don't forget to leave a review on iTunes, Stitcher, or wherever you tune in! Questions, comments or feedback? Leave 'em below, and click here to leave your questions now... Music courtesy Skorge - Sail (AWOLNATION Dubstep Rmx) 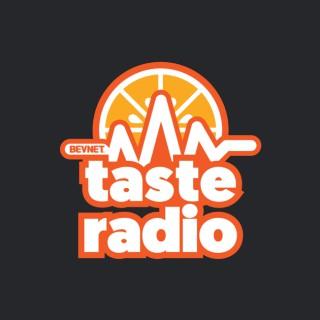 Ep. 98: VMG Has Over a Half-Billion to Invest. Here’s How to Get Its Attention.

VMG has invested in some of the hottest food and beverage brands in recent years, including Justin’s, Kind, Humm Kombucha, Vega, Spindrift and Pirate’s Booty, and the private equity firm isn’t done -- not by a long shot. The San Francisco-based company last year closed its fourth fund, giving it $550 million to spend on promising CPG companies. In an interview included in this episode of Taste Radio, VMG Managing Director Wayne Wu spoke about the firm’s funding philosophy, including why it’s fundamentally opposed to “macro-trend” investing and how the team works with brands at various stages of development to drive scale and market value. “Ultimately we’re a part of a community and an ecosystem, we want to help drive that forward,” Wu said. “‘How can we further build community and drive thought leadership within the space?’ and from that it leads to investments.” This episode also includes an interview with Lisa Curtis, the founder and CEO of Kuli Kuli, a brand based around the nutrient-dense leafy green moringa. Curtis, recently included in Forbes’ 2018 list of “30 Under 30” Social Entrepreneurs, spoke about the origins of Kuli Kuli, its social mission, and how the company is attempting to promote moringa as the next great superfood. We also hear from longtime food and beverage investor and advisor Jim Tonkin, who offered advice on how entrepreneurs can best prepare their businesses pre-launch and opined on effective and ineffective ways to use capital. And in this week’s edition of Elevator Talk, Michael Pan, the founder of Pan’s Mushroom Jerky, spoke about the origins and vision for his innovative brand. This episode is presented by Attack! Marketing. Show notes: 1:33: Revamps on the Radio -- The hosts offered tips on how to navigate the upcoming 2018 Natural Products Expo West and discussed notable package revamps/rebrands introduced in recent weeks, including those from PopCorners, Bonafide Provisions and Diet Coke. 11:05: Interview: Wayne Wu, Managing Director, VMG -- In a conversation recorded at VMG’s headquarters in San Francisco, BevNET CEO John Craven and Project NOSH editor Carol Ortenberg spoke with Wu about the private equity firm’s approach to funding and why it considers the “whole ecosystem” when evaluating investment opportunities. 39:17: Interview: Lisa Curtis, Founder/CEO, Kuli Kuli -- Moringa. What is it? Why are people calling it “the new kale”? Lisa Curtis is here to help. The founder of Kuli Kuli spoke about the company’s efforts to demystify moringa and how a partnership with The Kellogg Company has supported its development. 58:29: Interview: Jim Tonkin, Founder, Healthy Brand Builders -- An industry insider with over 30 years experience in the food and beverage space, Tonkin has supported thousands of early-stage companies with fundraising, branding, marketing, formulation and design efforts. In an interview recorded at the 2018 Winter Fancy Food Show, he spoke about how working with Arnold Palmer shaped his career, the right and wrong ways to use capital and important considerations when formulating a retail strategy. 1:11:39: Elevator Talk: Michael Pan, Founder, Pan's Mushroom Jerky -- He’s the founder of eponymous brand Pan’s Mushroom Jerky and a great guy to boot. We caught up with Michael Pan at the 2018 Winter Fancy Foods Show for a conversation about his innovative brand in this edition of Elevator Talk. Brands in this episode: PopCorners, Bonafide Provisions, Diet Coke, Justin’s, Kind, Humm Kombucha, Vega, Spindrift, Pirate’s Booty, Kuli Kuli, AriZona, Suja, Zico, Pan’s Mushroom Jerky 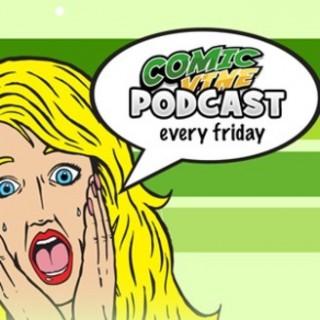 Revamps, reboots, relaunches. That's what everyone's talking about, including us! This week Tony, Norm and Corey the Intern are joined by Ron Richards from iFanboy to talk about all the crazy DC Comics news. We managed to get through this week's stack of 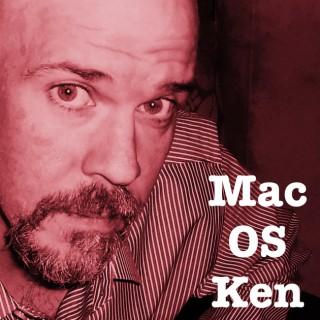