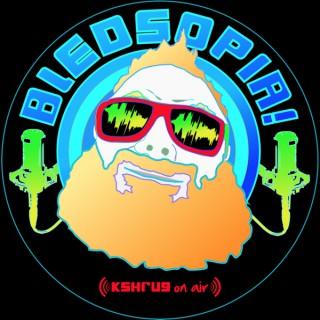 We dive deep into creating a life optimized for the modern world.

Search for episodes from The Bledsoe Show with a specific topic:

Latest episodes from The Bledsoe Show

Are You Too Busy to be Successful?

Mike & Max break down the 80/20 rule on how to optimize your business and life.

How Conspiracy Theories Can Make You a Better Person

Kyle Kingsbury, Mark England, and Adam Chin. They all have something in common. A couple weeks ago I invited the best narrative geeks in the game over to the studio to have a little fun with conspiracy theories. And as you probably already know, conspiracy theories are just theoretical narratives that are labeled as such because it counters the narrative held by the majority. Buying into any single narrative can be dangerous. Ken Wilber (one of the greatest philosophers of our time) once said “extremists believe that a part is the whole”. That is they only know a part of the truth but treat it as the whole truth. Extremists are dangerous. They start conflict and can never bring peace. So, whether you're down with the mainstream or you're a hardcore conspiracy theorist you're probably wrong, and partly right. Either way, on today's show we discuss how to wade through the BS and get down to the facts that will actually help you live your best life no matter what the rest of the world is doing.

Optimization vs Resilience with Mike & Max

Matt Coast is a former Navy Seal turned women's dating coach. We discuss what's happening in society in 2022 and how we as men can show up to be our best for the women in our lives and for the planet.

How Training Your Eyes Will Make you Better at Everything

Is Drinking Pee Good for You? With Hedi Sime 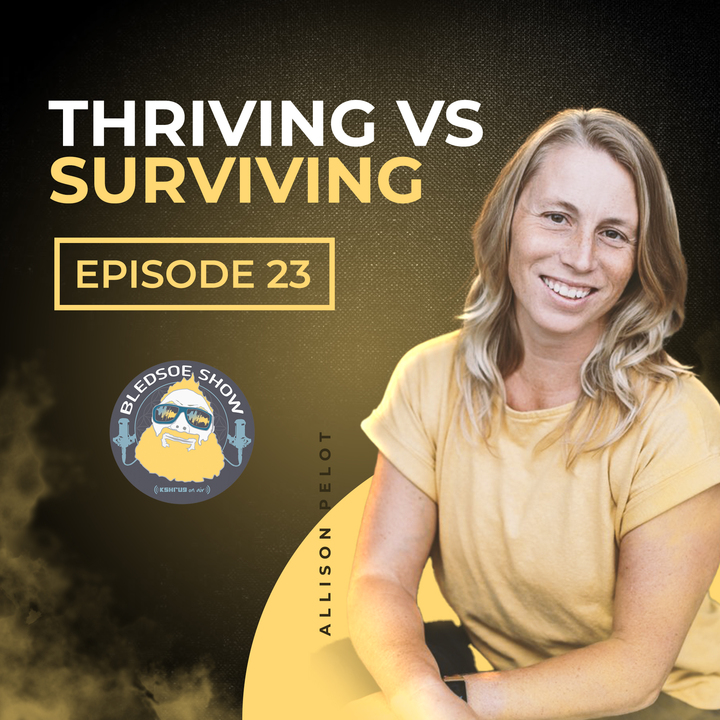 Thriving vs Surviving With Allison Pelot

Today I'm talking with Allison Pelot, the author of Finally Thriving, on the difference between surviving and thriving.   Don't miss the boat. Give it a listen. 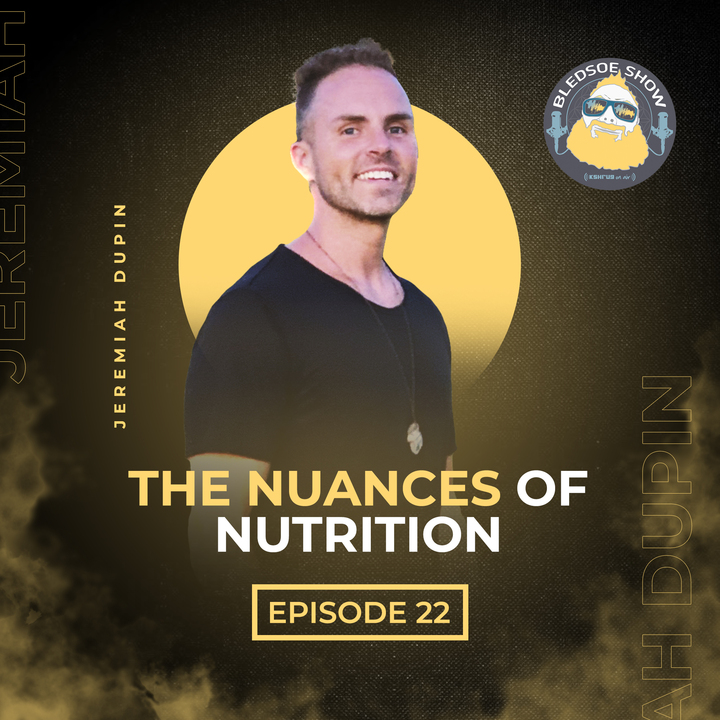 The Nuances of Nutrition With Jeremiah Dupin

In this episode, I talk with Jeremiah Dupin, international entrepreneur and founder of Poke Poke UAE. Jeremiah shares with us how his experience with chronic illness led him down a path to nutrition obsession. From there we're going into a deep dive into the nuance of nutrition. What we eat really affects our day-to-day lives, and not enough people understand what they're putting in their bodies, and how that affects more than just their bodies. It affects our mood, cognition, sex drive, and more. That's why today we're talking about why it's so important to understand these nuances and make the right nutritional choices that are right for each of us. Check it out. You all are going to learn something today. 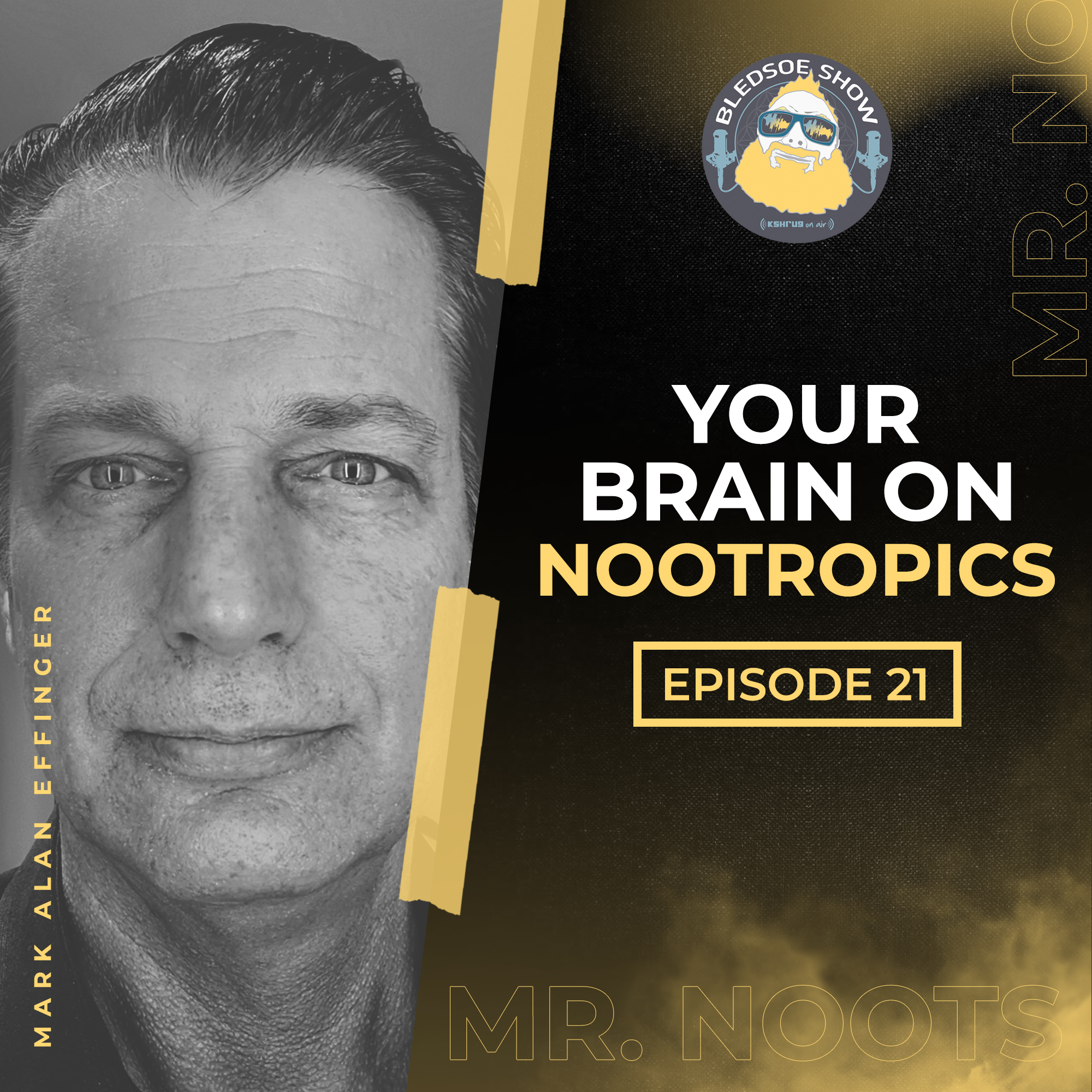 Your Brain on Nootropics With Mr. Noots

In this episode, I talk with the inexhaustible Mr. Noots as we discuss nootropics, and have some fun along the way. Mr. Noots talks about his life from selling novelty test tube babies as a kid to buying his first laser to his time in the US airforce, and how the horrors of drug addiction set him down the road to become what he is today: the mind behind Nootopia. Along the way, we talk about the importance of self-awareness in biohacking and programming states of mind to learn new skills. But the most exciting thing we talk about in this episode is what Mr. Noots has learned in his mission to uncover the secrets of better nootropics. He tells us how people never experience an optimal state of mind because they've only experienced a suboptimal state and how effective nootropics make it possible to achieve these optimal states again and again consistently. It's an incredible, wild ride of an episode. You should all check it out.

When To Fight Hard With John Beneduce

John Beneduce is no stranger to adversity & challenges. In fact, he actively seeks them out as he knows how important they are in helping him grow   It's safe to say society is “prepping us to fight”. And if so, this man is one of the best to learn from

The Cure for a Curse

Is The Truth Holding You Back? With Josh Trent

This week's episode is for courageous people only. The topics we discuss in it will challenge you as they touch on deep Truths that many would rather distract themselves from   If you're like most people, you'd rather distract and delude yourself from the actual Truth than you would face it and overcome it. As a result, you're likely living a reality that's a few degrees removed from True Reality…   …and in doing so, you're making things harder for yourself than they need to be as you cannot accept what “is” in order to resolve it and move past it   Listen in to this week's conversation as Josh Trent and I share personal experiences that have taken years to accept and work through, to Universal Laws and Truths that humanity is slowly waking up to

This episode is for courageous people only. The topics we discuss in it are going to challenge you deeply Josh and I touch on deep Truths that many people would rather distract themselves from than face them, sit in the discomfort that may form, and learn the lesson to be learned from overcoming them From sharing personal experiences that have taken years to accept + work through, overcoming sensations of guilt, shame, insecurities, and resentment to Universal Laws and Truths that humanity is slowly waking up to…  …this episode has everything someone wanting more from their life could ever ask for

The Little Known Powers Of Ice Baths With Jason Stauffer

Ice baths have expanded into wider markets in recent years with the emergence of Wim Hof & others preaching their benefits for the masses   Today's guest is an Army Combat Veteran with a background in game theory & analytics for optimization; making him potentially the last person you'd think to be a leader in the world of ice baths and cold immersion   Listen in as he shares how their company is revolutionizing the industry and making ice baths more accessible for all

The Power of No with Mike & Max

A self-confessed “recovering shitty father” who knows the world will begin healing when we begin healing fathers, this week's guest is an expert at helping men successfully perform much needed “inner work”   From the healthy regulation + expression of anger and authentic relationship creation, to breaking the chain of generational trauma - this episode has it all

The Science to Happiness With Gillian Mandich

There is no “secret” to happiness… but there is a science to itAnd no one knows that better than this week's guest, Dr. Gillian Mandich has devoted and committed her life to finding it so people can live their happiest life Tune in to this week's episode. You'll love it