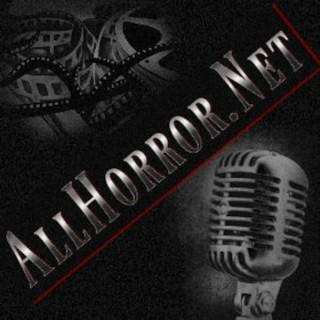 AllHorror.Net's, All Horror Radio has quickly become one of the most popular horror radio shows on the web. Co-hosts Robin and Jaci explore the horror genre & industry via celebrity interviews, horror reviews and news. Previous interviews include such guests as the cast members of AMC's "The Walking…

Search for episodes from All Horror Radio with a specific topic:

Latest episodes from All Horror Radio

The Shrink Next Door 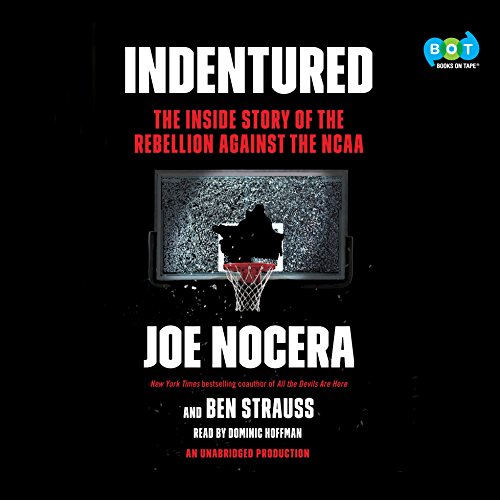 Veteran journalist Joe Nocera's neighbor in the Hamptons was a therapist named Ike. Ike counted celebrities and Manhattan elites as his patients. He'd host star-studded parties at his eccentric vacation house. But one summer, Joe discovered that Ike was gone and everything he'd thought he'd known about his neighbor -- and the house next door -- was wrong. From Wondery, the company behind Dirty John and Dr. Death, and Bloomberg, “The Shrink Next Door” is a story about power, control and turning to the wrong person for help for three decades. Written and hosted by Joe Nocera, a columnist for Bloomberg. The Shrink Next Door is now an Apple Original series, starring Will Ferrell and Paul Rudd. Watch now only on Apple TV+.https://link.chtbl.com/shrink_next_door?sid=Audio-Shrink_Next_Door_2021-We_Saw_The_Devil

UNSOLVED: The Disappearance of Cindy Song

The Lori Vallow Case: John Prior Wants WHAT?! And An Intercepted Chad Daybell Letter

Introducing: The Path Went Chilly - The Disappearance of the Springfield Three (Part One)

The Path Went Chilly is a Spin off of the Trail Went Cold where Robin, Dr. Ashley (Criminologist) & Dr. Jules (Transpersonal Counseling) re-hash the most mysterious cases in a conversational style podcast.(Part 1/3) June 7, 1992. Springfield, Missouri. After an evening of partying following their high school graduation, 19-year old Suzie Streeter and her 18-year old friend, Stacy McCall, decide to spend the night at Suzie's house alongside Suzie's 47-year old mother, Sherrill Levitt. They are last seen shortly after 2:00 AM, but later that day, Suzie, Stacy, and Sherrill, a.k.a. “The Springfield Three”, are all discovered to be missing from the house. The scene contains some bizarre clues, including a broken globe from the porch light and an odd answering machine message which is inadvertently erased, but no evidence of forced entry or a struggle. Over the years, there would be a number of leads, such as a convicted criminal who claimed to know what happened to the victims and a tip that their bodies were buried underneath the parking garage of a local hospital, but no trace of the Springfield Three is ever found. For our special three-year anniversary show of “The Path Went Chilly”, we will be chronicling one of the famous and puzzling missing persons cases of all time.Support the show:Patreon.com/julesandashleyPatreon.com/thetrailwentcoldAdditional Reading:https://en.wikipedia.org/wiki/The_Springfield_Threehttp://charleyproject.org/case/stacy-kathleen-mccallhttp://charleyproject.org/case/suzanne-elizabeth-streeterhttp://charleyproject.org/case/sherrill-elizabeth-levitthttps://web.archive.org/web/20141031034010/http://archive.news-leader.com/article/20020603/NEWS01/60608049/Three-Missing-Women-Ten-Years-Later-Part-1-5http://streeterfamilyblogg.blogspot.comMusic: Paul RichArt: @fleshwadyt fleshwadyt@gmail.com

It's one of the most haunting murder cases you'll ever hear about, and it takes place in a small town in Israel. Tair Rada was only 13-years-old when her body was found inside a locked bathroom stall. She was viciously murdered during a school day, and yet no one saw or heard a thing. The police arrested the janitor, Roman Zadorov, and he eventually confessed, but this was far from being the end of it. Based on the hit true-crime series from Netflix, the podcast "Shadow of Truth" will take you on a journey into one of the wildest and most contested murder cases in the history of Israel, as it reaches its final resolution, 15 years after it all started. Listen to Shadow of Truth: http://wondery.fm/SOT_WeSawtheDevil

Shades of Daybell: A Dramatic Reading of Chad's Gross Attempt at Erotica for Lori Vallow

A small town cop known as “GI Joe” is gunned down in a swamp in the summer of 2015 and quickly becomes a martyr in the national media. But when a dogged investigator and his team set out to get justice, they uncover unsettling secrets about Joe, the local police department, and the village of Fox Lake. From Wondery, the makers of The Shrink Next Door and Dr. Death comes the third season of Over My Dead Body: Fox Lake. Hosted by Matt Baglio. Listen to Over My Dead Body: wondery.fm/FL_WeSawTheDevil

Gabby Petito Beyond the Chest Cam: A Dissection of Domestic Violence w/Brooke Linville

Imagine you have two friends who are obsessed with crime, murder, and unsolved mysteries. They have a passion for breaking down cases that have been cold for years. GENERATION WHY is a true crime podcast where hosts Aaron and Justin give startling theories, dive into forensic evidence, and share their bold opinions. They dig deep looking for answers on cases of missing spouses, mysterious murders, serial killers and more. This is just a preview of Generation Why, but you can listen to the full episode at wondery.fm/GenWhy_SawTheDevil

MISSING: Where is Gabby Petito?

A big Halloween party at an apartment complex in Redmond, Washington. Themed rooms and costumed partygoers. But by the end of the party, one of the hosts is dead. The police look to the partiers as the prime suspects: was it the guy in the devil mask, the bank robber, the construction worker? As investigators comb through forensic evidence, witness testimony, DNA, and even consult with a psychic, they zero in on one suspect in particular. But for what reason? Host and reporter Matthew Shaer (Over My Dead Body) returns to the scene of the crime, speaks with everyone about a night that still haunts them years later. It's a series about race and policing, mislaid justice, cutting-edge science, and the kinds of weighty choices that cops and prosecutors make every day -- choices that, once made, are difficult to reverse.wondery.fm/Suspect_SawTheDevil 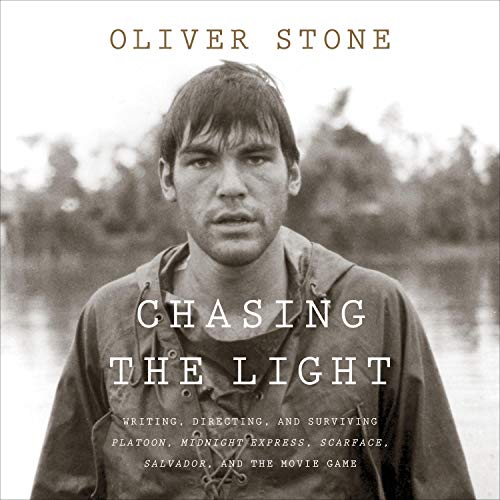 Paolo is a smart and handsome surgeon, renowned for his ability to perform surgeries that transform his patients' lives. When television producer Benita covers him for a story, he'll transform her life too, but not in the ways she expects. As Benita crosses professional lines to be with him, she learns how far Paolo will go to protect his secrets. And halfway around the world, four doctors at a prestigious medical institute make shocking discoveries of their own that call everything into question. From Wondery comes Season Three of the hit podcast, Dr. Death. MIRACLE MAN tells the story of a globe-trotting surgeon who seduces the medical world, and sweeps one woman off her feet. Hosted by Laura Beil. Listen to Dr. Death Season 3: wondery.fm/DDS3_WeSawTheDevil

INTRODUCING: Riddle Me That! True Crime Podcast - The Case of Noah Donohoe 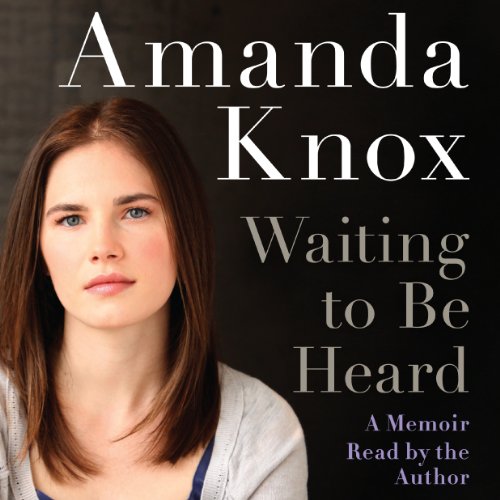 When a shocking crime occurs, people ask “WHY?” Was it about power, ego, or revenge? On KILLER PSYCHE, retired FBI criminal profiler Candice DeLong draws on her decades of experience to reveal why these murderers and criminals committed these acts. She will reveal fascinating new details about what drove these people, including cases she worked on first-hand. Candice has been called the FBI's “real-life Clarice Starling,” and she will share specific psychological methods and profiling techniques that experts use to understand the deepest part of the most complex, fascinating, and twisted minds, from the Unabomber to Dr. Death to El Chapo.Listen to Killer Psyche: wondery.fm/KP_WeSawTheDevil

BREAKING NEWS in the Lori Vallow case: Chad Daybell just plead 'Not Guilty" to all charges brought against him. That's right, folks. We are headed to trial! Join us as we discuss all of today's breaking news from the case, including Mark Means forcing Melanie Gibb's hand over subpoenas, as well as Lori Vallow not being "dangerously mentally ill."

The Lori Vallow Case: Let's Talk About the Death Penalty and Malingering

Introducing: The Devil Within

It's a case that has haunted Jefferson Township, New Jersey, for more than 30 years. On a snowy January night, 14-year-old Tommy Sullivan did the unthinkable: he murdered his mother in cold blood, set fire to their house, and then took his own life.Out of the flames of this horrible tragedy, investigations revealed that Tommy was, himself, a part of a Satanic Cult, sparking a nationwide hysteria now known as the “Satanic Panic” This monumental moment in American culture led to communities nationwide enforcing draconian measures to protect their children from what they perceived to be the devil's influence. Even the Catholic church was convinced this was a case of demonic possession. On the new podcast, THE DEVIL WITHIN, the truth of the grisly murder is finally revealed. Did Tommy act alone? Did he really commit suicide? Is his cult still in power? THE DEVIL WITHIN finally sheds light on questions left unanswered for decades...Listen Here: wondery.fm/TDW_WeSawTheDevilPod

The Dark Web: The Darkest of the Dark (Part 2)

BREAKING NEWS out of the Lori Vallow and Chad Daybell case. The grand jury that convened last week just had their decision brought to light by prosecutors in a news conference this afternoon.

The Dark Web: An Introduction and How-To (Part 1)

Movie Review: Martyrs (2008) with Riddle Me That & The Prosecutors Podcast

BREAKING news last night! A grand jury is being called by Fremont County regarding the Lori Vallow case. There is very little information, but it involves JJ Vallow, Tylee Ryan AND, shockingly, Tammy Daybell. Are these the murder charges that we have been looking for?

The events of April 20th, 1999 shaped our nation and altered the American narrative. One of America’s deadliest school shootings took place in a small town in Colorado, leaving thirteen dead and another twenty-one severely injured. And it was all broadcast over national tv for the nation to see. The second season of  Confronting takes on one of the most prolific tragedies in American history: the Columbine High School massacre. It was a devastating example of how easily a place of learning, familiarity and peace can descend into a war zone of chaos in a moment, the teenagers present that day are now adults who bear the mental and physical scars of the carnage they lived through. Amy Over, a Columbine survivor who is still living with its aftermath and raising her own children in its shadow, confronts many of the realities, questions and myths that surround the massacre to this day. Amy, through her own experience and by speaking with survivors, investigators, classmates, reporters on the scene and other important voices, brings a first-person account of the physical, emotional and spiritual journey that comes along with confronting the worst day of her life.Listen Here: wondery.fm/CC_WeSawTheDevil

Tarrare: The Hungriest Man in History 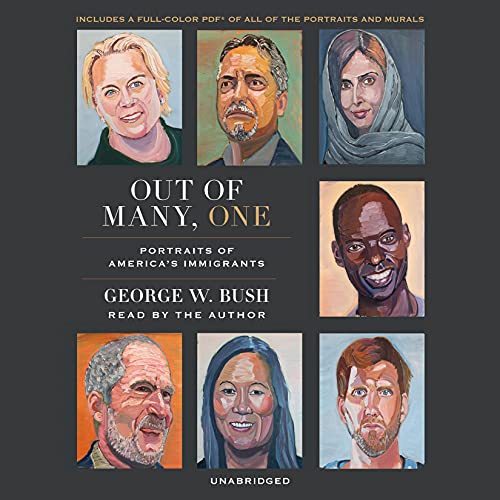