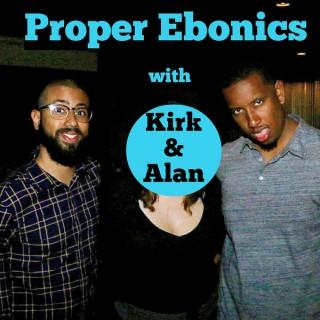 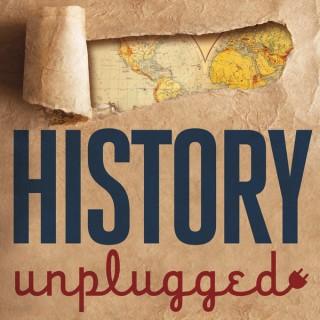 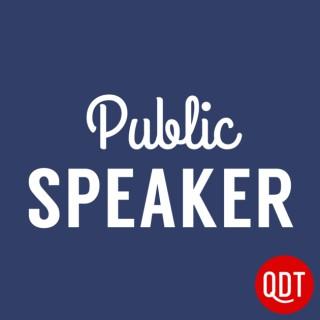 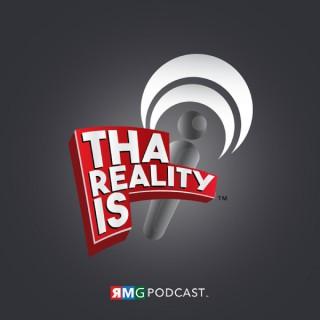 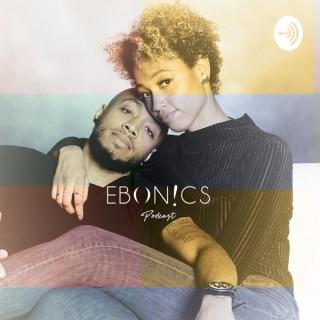 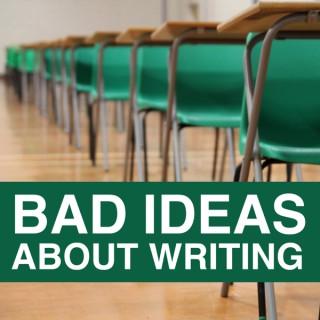 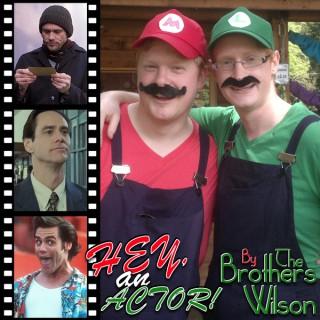 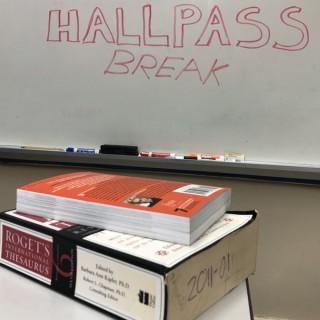 On this episode: The ”Poddin' Next Door" crew is BACK with another one for your head-tops. The guys rented a Airbnb in the sticks and getting to the hard hitting topics. You might want a quick synopsis but it ain't gonna happen, Tune in and find out…Thanks for the support. 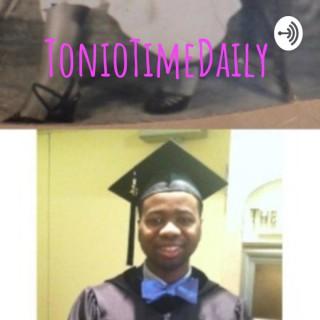 “Religious skepticism Religious skepticism is skepticism regarding faith-based claims. Religious skeptics may focus on the core tenets of religions, such as the existence of divine beings, or reports of earthly miracles. A religious skeptic is not necessarily an atheist or agnostic. In the confrontation between Catholicism and the Protestant Reformation, Erasmus of Rotterdam used skepticism about our ability to discover religious truth to argue for fidelity to the established church. Historically, religious skepticism has had strong connections to philosophical skepticism (see above). The issue raised by religious skepticism is essential to our understanding of reality, or ontology, as well as to what we deem to be reliable knowledge. Since religious utterances are by nature, in most cases, about that which cannot be known through our physical senses, the question that arises is about the criteria that would allow us to make such statements in the first place. Theological statements will generally be based on belief in the reliability of revelation as transmitted through holy scriptures and originating with otherworldly experiences by holy men and women (founders of religions). Tradition and institutions are also generally acknowledged sources of religious certainty. None of these, however, involve the process of cognition in the ordinary sense; hence they easily become the target of skeptical attacks. The challenge can come from skeptically inclined individuals. It can also materialize in thought movements and even in the atmosphere of entire periods in history, such as the eighteenth-century Enlightenment, notably in France. A further source of religious certainty is that which can broadly be defined as mysticism and consists in a perceived direct contact with the otherworldly reality. Such claims are experiential, rather than theoretical in nature. The skeptical position towards such claims will generally be to acknowledge the reality of any particular mystical experience, but to explain it away as mere self-deception or as a mental problem. A softer form of religious skepticism would be to suspend judgment based on one's inability to verify the validity of religious beliefs and the significance of so-called spiritual phenomena.” I'll never completely reject the afterlife concepts and the durations of the afterlives are mysterious to me. As a figuratist, I interpret all religions, all religious texts, and all of the concepts of all religions metaphorically, symbolically, allegorically, and metaphysically. Folks in the organized crime world didn't speak well. They relied on “Ebonics”, slang, broken English, and profanity to voice their thoughts. They badly needed Italics, transcripts, and translators for comprehension purposes. Derogatory slurs of all types were used within organized crime in my childhood. Uzi's, road rages, vehicle accidents, bad drivers, gossip, wankstas, smear campaigns, character assassinations, character defamations, aggressive and angry drivers, vehicle crashes, penitentiaries, the death penalty, prison crimes, solitary confinement, traffic court, the owing payments to car tickets, the vehicle killings of pedestrians, entrapments, sneak attacks, ambushes, vehicles being towed, and fatal hit-and runs (intentional and unintentional) were used and were commonplace in organized crime in my childhood too. Jesus is said to have lived, been baptized and was crucified by most scholars, but some scholars disagree with most scholars on those three things actually occurring. They also disagree on why he was baptized and crucified. They argue with each other on why he lived. All of those things cause me intense confusion. As a sex partner (on-camera and in adult films), I'll be learning, growing, and evolving for the better each and every time.) There is unexplainable good in life and unexplainable bad in life, and the unexplainable gray areas of life. --- Send in a voice message: https://anchor.fm/antonio-myers4/message Support this podcast: https://anchor.fm/antonio-myers4/support

On this episode: The ”Poddin' Next Door" crew is finally back….a lot of things have transpired over the past several weeks but they hit the pod streets with a vengeance. Thanks for the support. 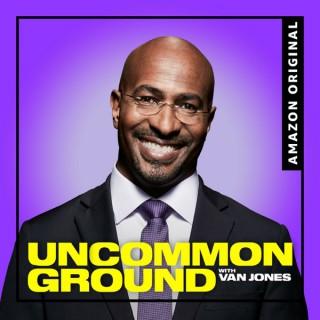 The Next Gen TikTok Star Reinventing the News with A.B. Burns-Tucker

“You have a bold generation now that you can tap into. Younger people. They are ready to go toe-to-toe with whomever on an idea that they feel passionate about. And a lot of the ideas could help us be the America that we claim to be.” TikTok is becoming the social media home of a new generation of activists, while older folks debate politics on Facebook and Twitter. The rules and expectations are totally different on this newer platform. Nobody has found their political voice or footing more powerfully than A.B. Burns-Tucker.A.B. was a law student when she exploded onto the scene thanks to her ingenious TikTok videos. She explains current events and big news stories, but does so using Ebonics or AAVE (African American Vernacular English). To some this sounds like a gimmick, but A.B. is reaching an audience that has traditionally been ignored by the mainstream media. In this week's episode you'll hear what inspired A.B.'s journey to law school and her path to becoming a TikTok star, and in the process learn a lot about the next generation.You can find A.B.'s TikTok videos @iamlegallyhype. New episodes of Uncommon Ground with Van Jones release weekly, every Wednesday. What does your community need to hear more of? How can you be a translator across communities? Call 347-770-2785 and leave Van a voicemail. Your comment or question will be recorded, and may be played and answered on a future episode of Uncommon Ground!See Privacy Policy at https://art19.com/privacy and California Privacy Notice at https://art19.com/privacy#do-not-sell-my-info. 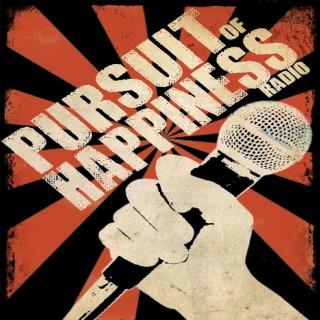 Language not only defines humans as a species, placing us head and shoulders above even the most proficient animal communicators, but it also beguiles us with its endless mysteries. How did different languages come to be? Why isn't there just a single language? How does a language change, and when it does, is that change indicative of decay or growth? How does a language become extinct?   In today's rebroadcast, I speak with John McWhorter, a linguist from Columbia University. He addresses these and other issues, such as how a single tongue spoken 150,000 years ago has evolved into the estimated 6,000 languages used around the world today, everything from proto-Indo European to Ebonics English in the United States. 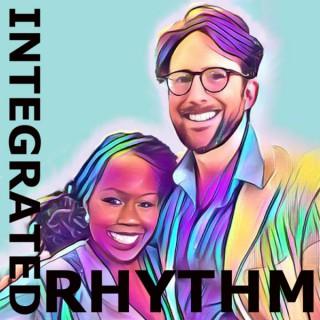 Chisomo & Bobby discuss the "You're Wrong About" podcast's fantastic "Ebonics Controversy" episode. We discuss what makes a language a language, code switching, and authenticity. If you are able, please consider donating to our patreon! https://www.patreon.com/integratedrhythm (or one time donations to paypal.me/bobbywhite3) And huge thanks to our Patreon patrons: Jessica Brooks, Aryn Kelly, Audrey Bui, Ian Dawson, Amy Sorenson, Nika Jin, Angel Jenio, Taylor Stender, Ryan Lemar, Rebecca Harris, Lori Taniguchi, Christian Frommelt, Allison Frey, Gary Chyi, Laura Windley, Lynn Maslen. As well as special thanks to Lawrence Kalantari and Karen Schreiber. Without which, this project would not be possible! 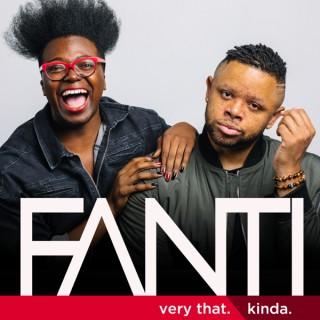 Plus, why are folks celebrating Burger King employee Kevin Ford for a 27-year perfect attendance record? jarrett and Charles get into all the ways stories like this should be cause for sorrow, and not celebration. Mentioned in the showBurger King veteran Kevin FordDIS/Honorable Mentions jarrettHM: to the shade on jay ellis for (finally) revealing his new wife to the world. HM: victoria's secret: angels and demonsHM: severanceCharles HF Davis III:HM: Shoutout to Issa Rae on the LA premier of her new show, Rap Shit, which is begins streaming today on HBOMaxOur Sponsors This WeekMicrodose GummiesMicrodose Gummies deliver perfect, entry-level doses of THC that help you feel just the right amount of good. For free shipping and 30% off your first order, go to Microdose.com and use code FANTIBetterHelpBetterHelp is customized online therapy that offers video, phone and even live chat sessions with your therapist, so you don't have to see anyone on camera if you don't want to. FANTI listeners get 10% off their first month at BetterHelp.com/FANTI. Go ahead and @ usEmail: FANTI@maximumfun.orgIG@FANTIpodcast@Jarrett Hill@rayzon (Tre'vell)Twitter@FANTIpodcast@TreVellAnderson@JarrettHill@Swish (Senior Producer Laura Swisher) 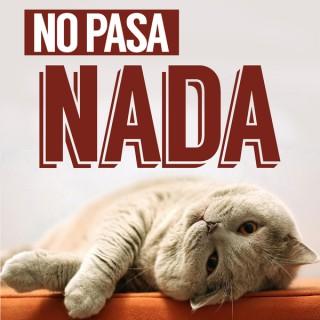 On this episode: The ”Poddin' Next Door" crew, special guest Keish, opens the pod with slappers, Houston hate, Tony's trauma, marriage, and a whole bunch of relationship topics. Thanks for the support. 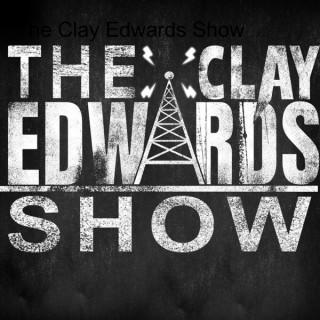 Ep #303 of The Clay Edwards Show 1. Jackson, Mississippi is under an indefinite boil water notice and the Lumumba administration speaks in fluid ebonics instead of proper english during their press conferences. 2. Brittney Griner pleads guilty in Russian drug smuggling trial, we discuss if she should have to serve whatever the full term is or if America should do a prisoner swap W/ Russia (you can probably guess what me & our callers think) 3. Tate Reeves post a tweet talking about it being a glorious day in Mississippi with Church doors open and abortion clinics closed. Has he forgotten that he's the one that kept churches closed for longer than needed over the covid nonsense? Follow Clay On All Social Media Platforms by checking out Www.ClayEdwardsShow.Com

In a motivation-heavy ep, Alan pops up on IMDB, Kirk dresses like a doink at a work party, and In Living Color gets props.

On this episode: The ”Poddin' Next Door" crew opens with the usual back and forth, slappers, almost forgot the intro, and women questions… Late late upload. Bless up. Listen on most Digital Streaming Platforms. Apple, Amazon, Spotify, Google…… Follow + Subscribe: Instagram - @poddinnextdoor YouTube - Poddin' Next Door