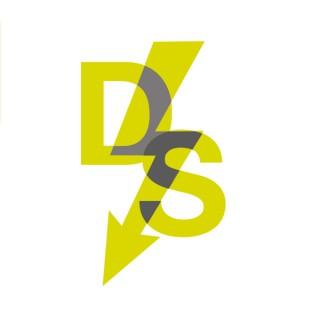 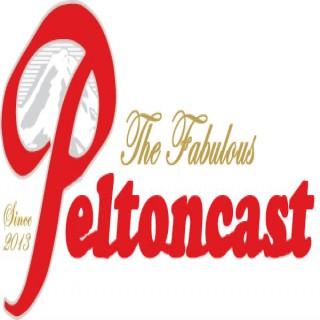 We bid farewell to a pair of Rainier Valley institutions and celebrate South By Southwest by talking music before reaching the NCAA tournament conclusion of Let’s Revisit a Season and discussing the Seahawks’ latest moves in free agency. Contents sponsored … Continue reading → 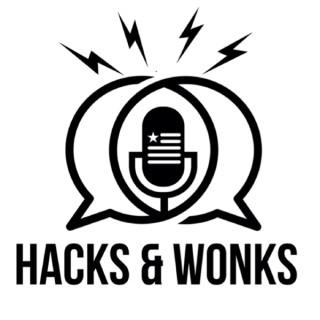 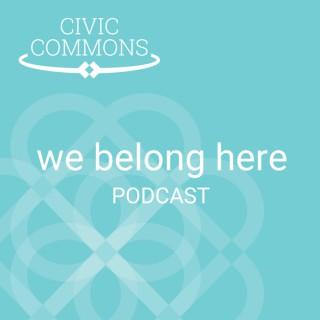 This is a special edition of the podcast that was recorded on Thursday, November 5th, two days after the 2020 election. While we now know the results of the election, this conversation still provides such honest and optimistic insight shared between three well-known regional leaders. We were lucky enough to have Colleen Echohawk, Executive Director of the Chief Seattle Club; Girmay Zahilay, King County Councilmember for District 2; and Markham McIntyre, Acting Chief Executive Officer of The Seattle Metropolitan Chamber of Commerce. Spanning commerce, legislation, and Native-led human services; our guests come from a variety of backgrounds and expertise but what ties them all together is the push towards creating a more inclusive region where everyone thrives. That is the vision we need for 2021 and beyond! The trio shared their unsettled yet hopeful thoughts on the outcome of the 2020 election, the experiences and history that makes them who they are, and the exciting projects they are working on. Markham talked about Housing Connector, which bridges the space between landlords and those in need of housing. He also pitched the great work of Green Plate Special which operates in the Rainier Valley. They work with local youth and teach them how to farm, cook, and share through the power of food. Girmay spoke about the Youth Achievement Center which would provide housing and supportive services for young people in the Southend. They are currently working on a capital campaign to raise more funds and we will share more information when it comes available. The councilmember also highlighted two King County charter amendments that can reimagine how the county moves forward with public safety and makes the King County Sheriff an appointment position and not an elected one. Colleen talked about their ?al?al project to build housing in Pioneer Square. She talked about the park next to their location and how they are re-imagining from an indigenous land usage. You can follow this project on The Growing Old podcast (found on all major podcast services) and their Instagram account @GrowingOldProject. They will cover this development in their second season! She also spoke about the Equitable Recovery and Reconciliation Alliance. It’s a way to get past the lip-service of many well-intentioned white relatives but to actually follow the leadership of BIPOC peoples in a way that values that Coast Salish values of welcoming and inclusivity. This will show up on the Chief Seattle Club website in a week or two! Special thanks to Big Phony for providing music for the We Belong Here podcast. 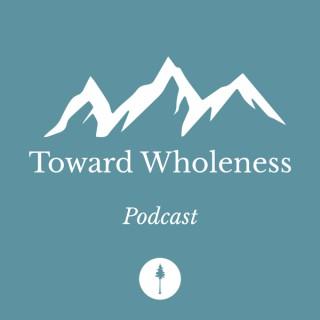 Rick Newell is the founder of Mentoring Urban Students and Teens (MUST), a professional mentoring organization dedicated to serving young black males in Seattle, WA. MUST believes that in most cases black youth are best served by positive black role models. MUST hires and professionally trains black male college students to mentor black youth truly vulnerable to dropping out of high school and/or becoming involved with the justice system. Prior to working at MUST, Rick worked 7 years at an inner-city Boys & Girls Club after walking away from a promising career in technology. Rick and his wife, Rebecca, both work full time for MUST and live in the Rainier Valley. They have four sons and are educating their kids with a combo of public school and home school. The Newells attend Evergreen Covenant Church. Rick is also a Rotarian with the Mercer Island Rotary Club. Find out more about MUST at  www.mentoringisamust.org. 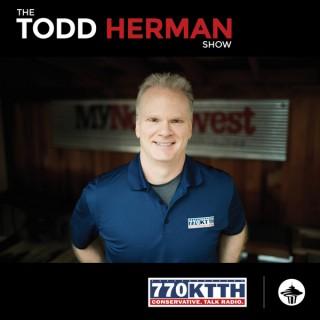 Hour 2: For the safety of the convicted 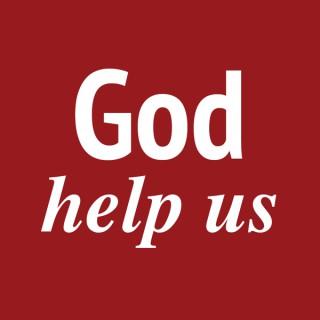 32 - Rewilding Our Politics with Mary DeJong

Enjoying God Help Us? Please rate and review on Apple Podcasts.  - In anticipation of the upcoming winter solstice in the northern hemisphere, I’m here with ecotheologian and spiritual guide Mary DeJong. Mary is the founder of Waymarkers, which offers guidance and support for those who are ready to respond to the call to wander into the sacred wild, seeking wisdom from our interrelated web of life through retreats, pilgrimages, one-on-one and group rewilding guidance, writing, and speaking. Mary has a master’s in theology and culture from The Seattle School of Theology and Psychology as well as post-graduate certificates in Religion and Ecology, EcoPsychology, and applied mythology. She and her family live in Seattle’s Rainier Valley in Columbia City. RECOMMENDED RESOURCES: Article by Mary on practicing biomimicry Seattle Times Hostile Waters series Praying with the Earth FIND MARY: Waymarkers.net Facebook Instagram - I’m Annie Mesaros: a theologian, writer, spiritual guide, and host of this podcast. I offer coaching and facilitation for individuals and groups that are working to transform the world for good.  Learn more and contact me at anniemesaros.com. Follow the podcast on Instagram @godhelppod.

Senator Rebecca Saldana represents the 37th District in the Rainier Valley in South Seattle. We discussed gun control legislation, as well as how we can talk across divides about reasonable gun legislation. 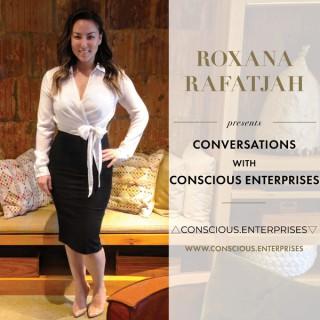 Rachelle Robinett is by far the most connected to plants than anyone I’ve ever met. Her understanding and obsession with herbs, diet and how they affect the body is incomparable. She is a plant-based wellness practitioner, the founder of Supernatural Café – a company dedicated to real world wellness, currently the resident herbalist at CAP Beauty in the west village (in NYC); she is Integrative Health Certified and Clinical Herbalism Certified, and is the creator of some delightful new herbal supplements called HRBLS. She has also worked with brands such as Alchemist’s Kitchen, ABC Home, Elixir Bar @ The Assemblage.In this conversation we discuss Rachelle’s journey from Seattle to New York City to work in fashion and advertising before becoming an entrepreneur committed to creating accessibility to plant & herbal life. She gives us some fantastic tips on herbs we should all be integrating into our diets. We talk about plant medicines and Rachelle shares her experience with ayahuasca ceremonies. And she also shares valuable advice for entrepreneurs. Click here to listen on iTunes - Apple PodcastsRecognitions:Plant-based wellness practitionerFounder of Supernatural Café – “a company dedicated to real world wellness”Resident Herbalist at CAP BeautyComplimentary & Integrative Health CertifiedClinical Herbalism CertifiedCreator of HRBLSTopics discussed in this conversation include: · Rachelle’s career trajectory from Rainier Valley farm to Manhattan fashion before plant-based entrepreneurship· Nutrition & Plant Chemicals as a personal practice· Food prep· Entrepreneurship as a byproduct of plant-obsession· Convergence· Rachelle’s herbalism work with brands such as Alchemist’s Kitchen, ABC Home, Elixir Bar @ The Assemblage· The balance between effectiveness of an herb vs trendiness of popular· Rachelle’s recommendations of herbs that can combat stress & anxietyo Lavendero Oat Topso Red Clover· Rachelle’s perspective of failure· Planting seeds· Work-Life Balance· Rachelle’s business as a “conscious enterprise”· HRBLS· Making taking herbs accessible· Herbs that most people could benefit from taking todayo Ashwaganda or other adaptogenso More greens for everyone!o Prebiotics§ Yuca§ Cassava§ Fibrous, starchy veggies & root herbs· Kale· Rachelle’s thoughts on the use of psychedelics and plant medicines· Rachelle’s six plant medicine ceremonies with ayahuascha & san pedro· Difference between San Pedro & Ayahuascha· Epiphanies· Rachelle’s diet· Rachelle’s personal wellness routine· Hopes for the next 5 years of the state of the world and nature· How Rachelle measures success· Valuable advice for entrepreneursBio:Rachelle Robinett is a plant-based wellness practitioner combining holistic, natural medicine with practical lifestyle work to help people find balanced, lasting health. She holds certificates in Complementary and Integrative Health, and Clinical Herbalism, and has been studying the relationship between plants and people her entire life - be that on a farm in the Pacific Northwest (where she grew up) to time with healers, specialists, and shaman in farther-away places.Rachelle is the founder of Supernatural - a company dedicated to real-world wellness - that includes an herbal cafe, a product line of plant-based remedies, ongoing workshops and events, and personal health coaching.Entrenched in the wellness world, but with an eye on the rest of the world, she brings a global perspective to individual health, and also that of businesses and brands.In addition to Supernatural, Rachelle manages the Bowery Cannabis Club with The Alchemist's Kitchen, and offers professional consulting for companies of all sizes.Specialties & Studies: Complementary & Integrative Health. Clinical Family Herbalism. Ayurveda & yoga. Herbalism & traditional medicine. Meditation Teacher trained. Plant-based nutrition. Positive psychology. Reiki I attunement. Mindfulness & minimalism. Spirituality & science.

In this first released adaptation for radio, we speak with Margaret Viggiani, longtime leader with the socialist-feminist organization Radical Women. Based in the Rainier Valley area of Seattle, Radical Woman has long made waves through agitation for increased access to women's healthcare. 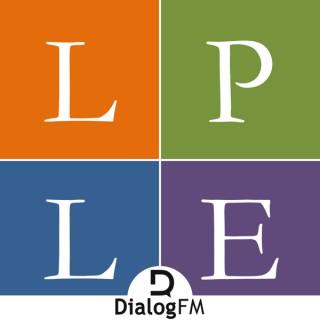 LPLE #5: Moving into a New House 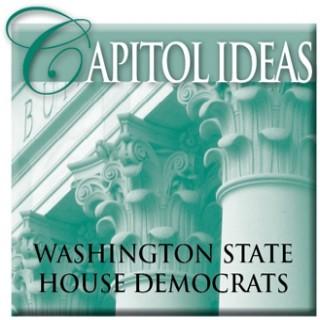 A Conversation with Rep. Eric Pettigrew