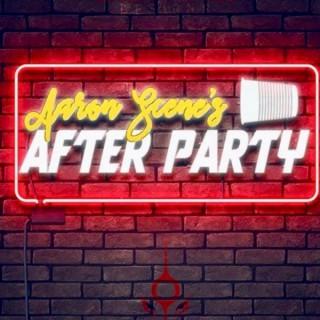 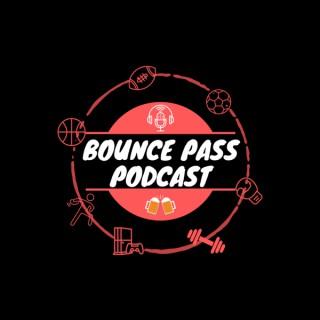 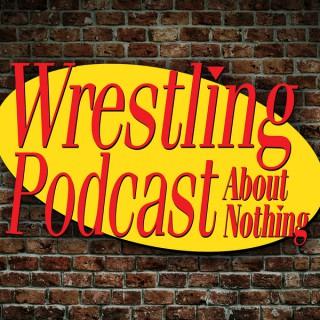 Wrestling Podcast About Nothing 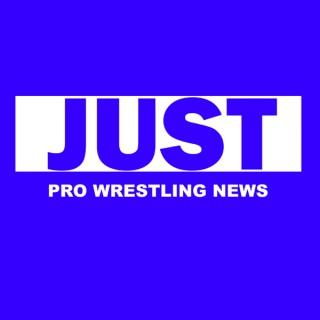 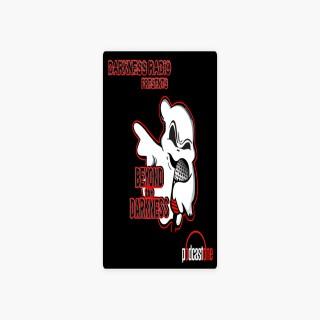 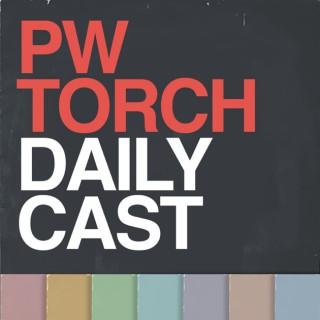 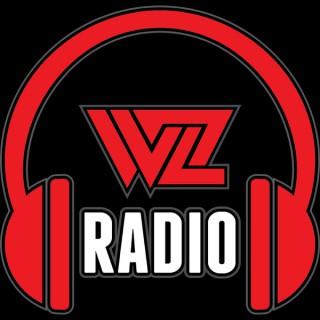 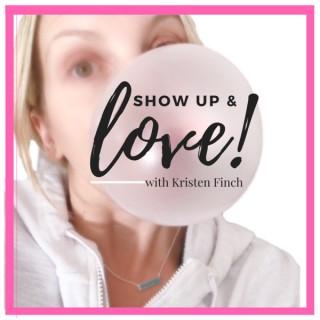 Show Up and Love 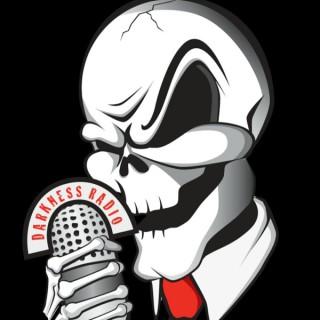 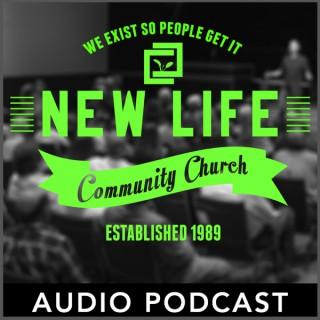 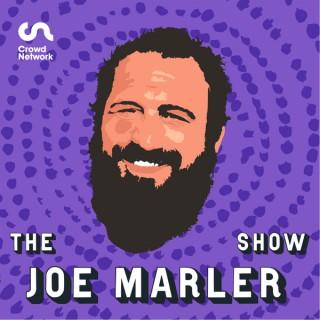 Joe and Tom speak to a bouncer called Paddy about life on the doors and “the funniest time anyone ever tried to stab me” - which is one of the greatest lines in the history of this podcast. How does he spot trouble? What are the rules with trainers? And can Coventry really be that bad?To get ad-free and longer episodes on Apple, hit the 'grow the show' button or click: https://apple.co/3qP2B2iOn Spotify you can subscribe for £1 a week by clicking this link: https://anchor.fm/joemarlershowTo become an official sponsor, go to Patreon.com/joemarlershow And if you want to buy a bobble hat (or other merch) go to joemarler.co.uk/shop Grow the Show, become an official sponsor See acast.com/privacy for privacy and opt-out information.

It's the season finale of the After Party and what better way to end it than with our fav Cinci couple! They come on and Snack tells us why he hasn't popped the big question and Savii chimes in lets out her frustrations. Plus our boy @eddiemund0 comes on as a special guest cohost and they all tells us about their howdy Sundays and their bloody trip in Cancun. Stream & subscribe and of course follow me on socials @ AaronScene. See ya in a few weeks! Onlyfans.com/aaronscene 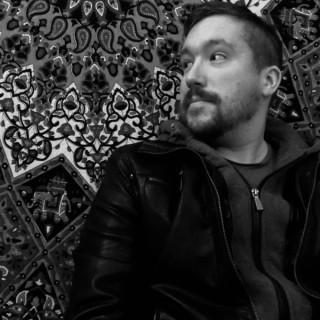 Another episode of the After Party coming at you and for this one we got our girl Jennessey on for the first time! She tells us about her aspirations to be the best artist El Paso has ever seen, the pros and cons of being a bartender and she spills the tea on the toxic man that tried to do her dirty. Plus we got @ ovomanda coming on and cohosting for the first time! Stream & subscribe and follow me on socials @ AaronScene. 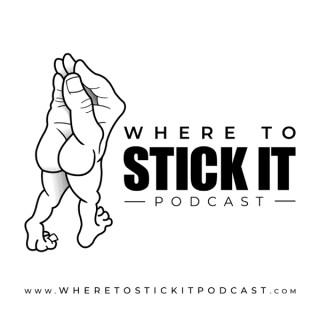 Where To Stick It

On this episode, the guys talk about goin out. A night club, a dive bar, or a nightcap at the  strip club, the guys layout their evening plans on a successful night of debauchery. Learn how to hang with the Where to Stick It crew, After Dark.

Its another After Party for you and for this one we bring on the fuckboy legend from the 575 and my boy Matt Hill! He tells about his party days at NMSU, tailgating, sneaking into Zeta House and of course we talk toxic. And Matt tells us about the ol' double trouble. Stream and subscribe and follow me on socials @ AaronScene! Onlyfans.com/aaronscene 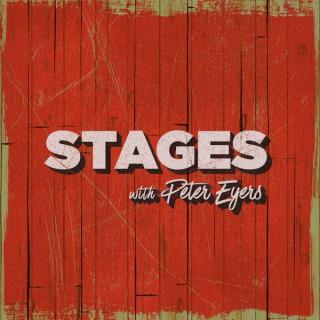 Terence O'Connell took his first steps towards a life in the theatre as dresser to the male chorus in J.C. Williamson's celebrated production of Funny Girl. The role provided the perfect vantage point to observe the machinery of a large musical, on stage and off, cementing an ambition to make theatre himself.Terence completed time as an actor working through Western Australia followed by a venture to the UK which awakened a desire to direct. Upon returning to Australia, Terence completed the Directors Course at NIDA and has subsequently, staged some 150 productions in theatres, concert halls, circus tents, cabaret rooms and comedy venues across Australia and internationally.His national touring shows include Barmaids, They're Playing Our Song, Motherhood: The Musical and The 39 Steps, The Rocky Horror Show, Buddy-The Buddy Holly Story, Busting Out, Decadence, Bouncers, Circus OZ, Flying Fruit Fly Circus and Certified Male.Terence has created many of his own productions including I Only Want To Be With You: The Dusty Springfield Story, Life On Mars: The Words And Music Of David Bowie, Cruising Paradise: Sam Shepard Tales, Greek Goddess: Melina Mercouri, Reviewing The Situation: At Home With Lionel Bart, and Minefields And Miniskirts: Australian Women And The Vietnam War. Terence was Director of Spiegelworld's outrageous circus burlesque Empireon, its international tour, and Circus Sensa at London's Albany Empire.Terence helmed nine Broadway musicals for The Production Company at Melbourne's State Theatre. These included Oklahoma, The King & I, Crazy For You, Damn Yankees, 42nd Street and The Pajama Game, and demonstrated his ease at staging big stories on a large canvas.Recently he has been adapting two Australian classics for the stage; One Crowded Hour: Neil Davis, Combat Cameraman and a music theatre adaptation of the classic memoir, I Can Jump Puddles. Mrs Prime Minister, a song cycle focussing on several prominent wives of Australian leaders, has also taken to the stage under Terence's construction and guidance.He is passionate about telling stories across all forms and styles. Whether making original, or staging established product, Terence O'Connell's work is always inspired, exciting and bound to prompt awe.The STAGES podcast is available to access and subscribe from Whooshkaa, Spotify and Apple podcasts. Or from wherever you access your favourite podcasts. A conversation with creatives about craft and career. Recipient of Best New Podcast at 2019 Australian Podcast Awards. Follow socials on instagram (stagespodcast) and facebook (Stages).www.stagespodcast.com.au 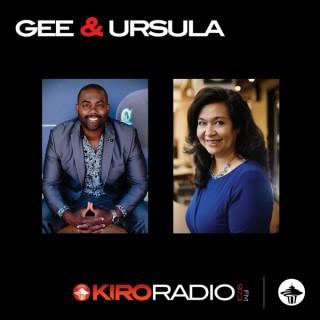 Hour 2: Are We Going to Need Bus Bouncers?

The Gee and Ursula Show

GUEST: Chris Sullivan on why free transit for all kids under 18 in WA (beginning in October) could be a big problem // Puyallup School District to require financial literacy for high schoolers // The great furry follow up // SCENARIOS See omnystudio.com/listener for privacy information.