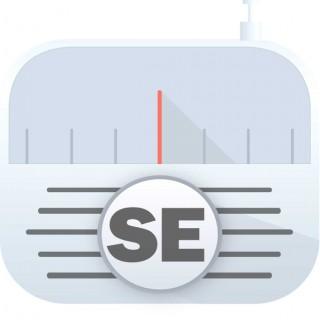 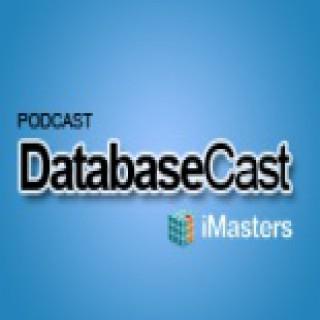 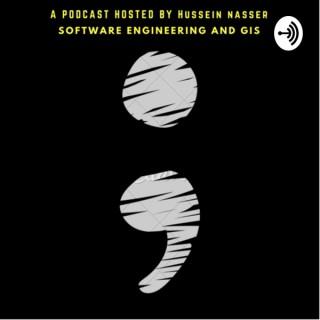 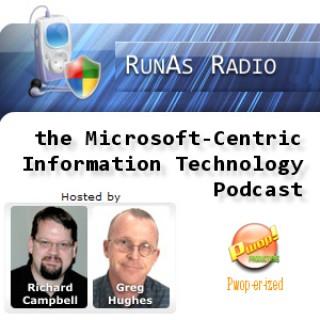 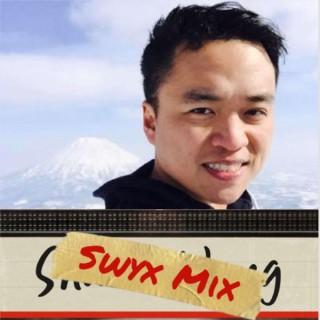 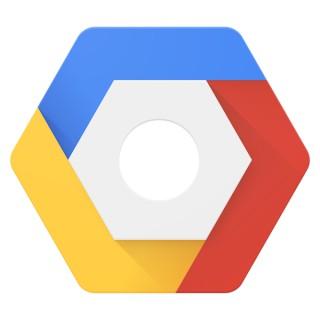 This week, we're busting myths around Cloud Spanner with our guests Pritam Shah and Vaibhav Govil. Mark Mirchandani and Max Saltonstall host this episode and learn about the fantastic capabilities of Cloud Spanner. Our guests give us a quick run-down of Spanner database software and its fully-managed offerings. Spanner's unique take on the relational database has sparked some myths. We start by addressing cost and the idea that Spanner is expensive. With its high availability achieved through synchronously replicating data, failures are virtually a non-issue, making the cost well worth it. Our guests describe other features that add to the value of Spanner as well. Workloads of any size are a good fit for Spanner because of its scalability and pricing based on use. Despite rumors, Spanner is now very easy to start using. New additions like the PostgreSQL interface and ORM support have made the usability of Spanner much more familiar. Regional and multi-regional instances are supported, busting the myth that Spanner is only good for global workloads. Our guests offer examples of projects using local and global configurations with Spanner. In the database world, Vaibhav sees trends like the convergence of non-relational and relational databases as well as convergence in the OLTP and OLAP database semantics, and he tells us how Spanner is adapting and growing with these trends. Pritam points out that customers are paying more attention to total cost of ownership, the importance of scalable and reliable database solutions, and the peace of mind that comes with a managed database system. Spanner helps customers with these, freeing up business resources for other things. This year, Spanner has made many announcements about new capabilities coming soon, like PostgreSQL interface on spanner GA, Query Insights visualization tools, cross-regional backups GA, and more. We hear all about these awesome updates. Pritam Shah Pritam is the Director of Engineering for Cloud Spanner. He has been with Google for about four and a half years. Before Spanner, he was the Engineering Lead for observability libraries at Google. That included Distributed Tracing and Metrics at Google scale. His mission was to democratize the instrumentation libraries. That is when he launched Open Census and then took on Cloud Spanner. Vaibhav Govil Vaibhav is the Product lead for Spanner. He has been in this role for the past three years, and before this he was a Product Manager in Google Cloud Storage in Google. Overall, he has spent close to four years at Google, and it has been a great experience. Cool things of the week Our plans to invest $9.5 billion in the U.S. in 2022 blog A policy roadmap for 24⁄7 carbon-free energy blog SRE Prodcast site Meet the people of Google Cloud: Grace Mollison, solutions architect and professional problem solver blog GCP Podcast Episode 224: Solutions Engineering with Grace Mollison and Ann Wallace podcast Interview Spanner site Cloud Spanner myths busted blog PostgreSQL interface docs Cloud Spanner Ecosystem site Spanner: Google's Globally-Distributed Database white paper Spanner Docs docs Spanner Qwiklabs site Using the Cloud Spanner Emulator docs GCP Podcast Episode 62: Cloud Spanner with Deepti Srivastava podcast GCP Podcast Episode 248: Cloud Spanner Revisited with Dilraj Kaur and Christoph Bussler podcast Cloud Spanner federated queries docs What's something cool you're working on? Max is working on a new podcast platform and some spring break projects. Hosts Mark Mirchandani and Max Saltonstall

Frank McSherry, Chief Scientist at Materialize talks to Host Akshay Manchale about Materialize which is a SQL database that maintains incremental views over streaming data. Frank talks about how Materialize can complement analytical systems... 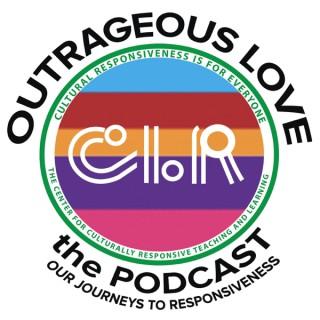 Ben Kingsbury's Journey to Responsiveness, the Educrats Series, 3 of 3

Outrageous Love the Podcast: Our Journeys to Responsiveness

OLTP ends the "educrats series" in California with a look inside the belly of the beast of the California Department of Education (CDE). This time, we hear the perspective of educator Ben Kingsbury. Ben serves as a program consultant in the CDE. He offers deep insights, not only on the bureaucracy but also on his journey, which takes us to Saudi Arabia and we land with a dope reference to the GAP Band. Ben's journey reminds us of the old adage you cannot judge a book by its cover...ever. Fascinating and fun! Dr. Hollie's two cents raises the question, why do we to continue to believe in  an educational system that has perpetually not equitably served all students? How many chances does the system get? Listen in for the answer.

Becoming a Pathfinder in Tech with Emily Kager

Into the Year of Documentation with Dr. KellyAnn Fitzpatrick

Commanding the Council of the Lords of Thought with Anna Belak

Literally Working in the Cloud(s) with Tyler Slove

How to Investigate the Post-Incident Fallout with Laura Maguire, PhD 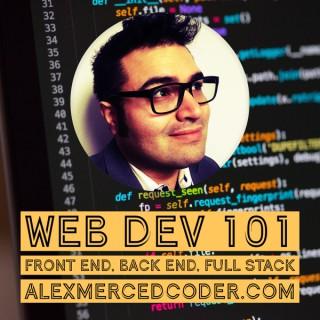 #1 – Intro to DataNation, what is OLTP and OLAP

Alex Merced introduces the new DataNation podcast that will be available on all podcast providers the discusses what is OLTP and what is OLAP and why they matter. Join the DataNation community at https://www.DataNation.click Register for the Subsurface Conference at - https://www.dremio.com/subsurface/live/winter2022/?utm_medium=social&utm_source=dremio&utm_term=alexmercedsocial&utm_content=na&utm_campaign=event-subsurface-2022 Join the Subsurface Slack Community at - https://join.slack.com/t/subsurfaceworkspace/shared_invite/zt-ghkyk4ox-8FmydCM_6xGdx9Li0qo3Jg

The Proliferation of Ways to Learn with Serena (@shenetworks)

About Serena Serena is a Network Engineer who specializes in Data Center Compute and Virtualization. She has degrees in Computer Information Systems with a concentration on networking and information security and is currently pursuing a master's in Data Center Systems Engineering. She is most known for her content on TikTok and Twitter as Shenetworks. Serena's content focuses on networking and security for beginners which has included popular videos on bug bounties, switch spoofing, VLAN hoping, and passing the Security+ certification in 24 hours.Links: Cisco cert Discord study group:https://discord.com/invite/uXQ8yWnN8a Beacons:https://beacons.page/shenetworks TikTok:https://www.tiktok.com/@shenetworks sysengineer's TikTok:https://www.tiktok.com/@sysengineer Twitter:https://twitter.com/notshenetworks TranscriptAnnouncer: Hello, and welcome to Screaming in the Cloud with your host, Chief Cloud Economist at The Duckbill Group, Corey Quinn. This weekly show features conversations with people doing interesting work in the world of cloud, thoughtful commentary on the state of the technical world, and ridiculous titles for which Corey refuses to apologize. This is Screaming in the Cloud.Corey: This episode is sponsored in part by our friends at Sysdig. Sysdig is the solution for securing DevOps. They have a blog post that went up recently about how an insecure AWS Lambda function could be used as a pivot point to get access into your environment. They've also gone deep in-depth with a bunch of other approaches to how DevOps and security are inextricably linked. To learn more, visit sysdig.com and tell them I sent you. That's S-Y-S-D-I-G dot com. My thanks to them for their continued support of this ridiculous nonsense.Corey: Today's episode is brought to you in part by our friends at MinIO the high-performance Kubernetes native object store that's built for the multi-cloud, creating a consistent data storage layer for your public cloud instances, your private cloud instances, and even your edge instances, depending upon what the heck you're defining those as, which depends probably on where you work. It's getting that unified is one of the greatest challenges facing developers and architects today. It requires S3 compatibility, enterprise-grade security and resiliency, the speed to run any workload, and the footprint to run anywhere, and that's exactly what MinIO offers. With superb read speeds in excess of 360 gigs and 100 megabyte binary that doesn't eat all the data you've gotten on the system, it's exactly what you've been looking for. Check it out today at min.io/download, and see for yourself. That's min.io/download, and be sure to tell them that I sent you.Corey: Welcome to Screaming in the Cloud. I'm Corey Quinn. Today's guest was on relatively recently, but it turns out that when I have people on the show to talk about things, invariably I tend to continue talking to them about things and that leads down really interesting rabbit holes. Today is a stranger rabbit hole than most. Joining me once again is @SheNetworks or Serena [DiPenti 00:00:51]. Thanks for coming back and subjecting yourself to, basically, my nonsense all over again in the same month.Serena: Thanks for having me back. Excited.Corey: So, you have a, I think study group is the term that you're using. I don't know how to describe it in a way that doesn't make me sound ridiculous and describing and speaking with my hands and the rest. It's a Discord, as the kids of today tend to use. There are some private channels on an existing Discord group, and we'll get to the mechanics of that in a second. But it's a study group for various Cisco certifications, which it's been a while since I had one; my CCNA is something I took back in 2009. I've checked, it's expired to the point where they can't even look it up anymore to figure out who I might have been, once upon a time. What is this group and where did it come from?Serena: Yeah, so the Discord itself is kind of a collective of a bunch of people that are creators on TikTok. And it's just, like, a cool place to connect, especially people from TikTok join, people from Twitter join, they want to interact, you know, a great place to get resources if you're early in your career. I—you know, new year, new me resolution was [laugh] I wanted to start studying for the CCNP a little bit, and I've been doing it pretty loosely for a while, but I kind of was like, all right, time to actually sit down and dedicate some real time to this. And I put on Twitter, you know, if anybody else was interested—I know there's other various study groups out there and things like that, but I was just like, hey, you know, it was anyone interested and a study group and I got really good response. Of course, a lot of people are at the CCNA level, so I made a channel for CCNA and CCNP, so whatever level you're at, you can come in and ask questions. It's really great.Corey: One thing that irked me when I first joined, as well, there's no CCENT which was sort of the entry-level Cisco cert, the first half of the CCNA, and I did a bit of googling before shooting my mouth off. And it turns out that Cisco sunset that cert a while back, so CCNA is now the entry-level cert, as I understand it.Serena: Yeah. So, when I did my CCNA, I did the C-C-E-N-T—the CCENT, and then the ICND2, and that's how I got my CCNA. And then I went and got the Data Center CCNA, which was two exams… two? Or maybe it was just one. I can't remember fully. But they basically got rid of all of their CCNAs and created one new one that's just the CCNA Ente