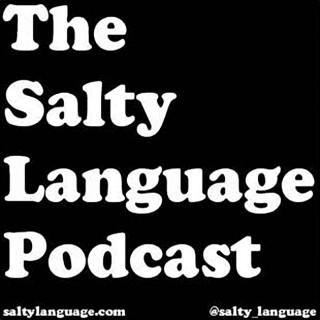 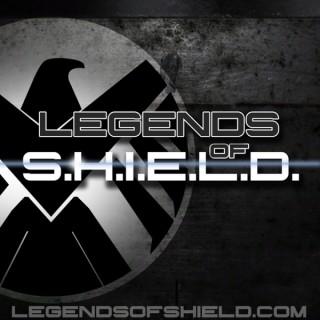 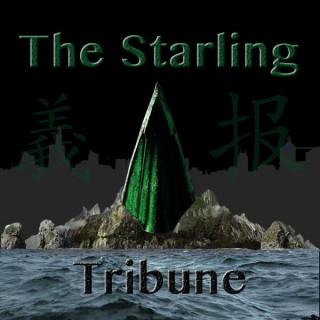 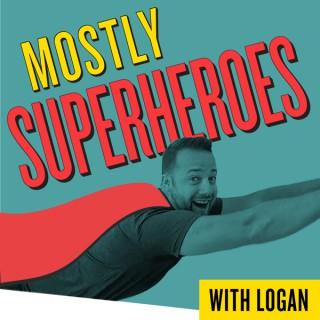 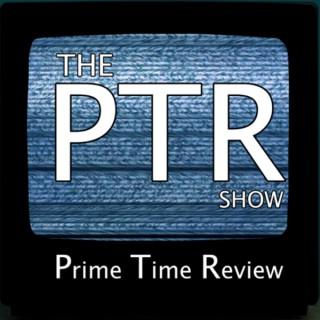 Welcome to this week's packed episode of Mostly Superheroes. This week join Host Logan, Co-Hosts The Giggler & Scotty Scoop, Plus Special Guest, Danny Patreon, as they announce an in-person event coming up July 22nd, introduce TIME LIMITS for Whatchu Watchin', and for The Meat: Enjoy a recap and review of the finale three part of Season One of the latest Star Wars series, Obi-Wan Kenobi (2022) now streaming on Disney+. All this, a ton of fan mail, and so much more. Time stamps, topics, links, and sources listed below in order for your convenience. Enjoy!   3 Min FAN MAIL NEW SEGMENT: WHATCHU EATIN' We tell you what we had for dinner while at the same time highlighting a local St. Louis Restaurant. This week we feature The Gramophone, which if you ask Logan, has hands down the best sandwiches in the city. Check them out: https://www.gramophonestl.com/    The Midnight Vinyl Give-A-Way Contest ‘Monsters' Mostlysuperheroes.com/contests   UPCOMING EVENT:  Friday July 22nd, 2022 7pm 21+ Super Smash Bros Ultimate Tourney on Switch at Wellspent Brewing with TinySuperheroes. Sign up today: https://mostlysuperheroes.com/events/super-smash-bros-july-2022    12 Min WHATCHU WATCHIN' (introducing time limits!) Last Kingdom  Winning Time on HBO MAX COHEED AND CAMBRIA    VAXIS –   ACT II: A WINDOW OF THE WALKING MIND   The Boys Lightyear  Stranger Things The Umbrella Academy Jurassic World: Dominion    27 minutes THE MEAT Obi-Wan Kenobi Season One Episode 1-3 (2022) Sources: https://pro.imdb.com/title/tt8466564/?ref_=recent_view_1 https://www.youtube.com/c/MovieFreezes https://tvline.com/2022/06/01/obi-wan-kenobi-recap-episode-3-anakin-vader-reunion-lightsaber-battle/#comment-list-wrapper   Obi-Wan Breaks Disney+ Viewership Record https://comicbook.com/starwars/news/star-wars-obi-wan-kenobi-disney-plus-viewership-record/?utm_source=Comicbook.com&utm_medium=email&utm_campaign=220531_152625_Comicbook.com%20Daily%20Newsletter&utm_content=Link   More Details on the Stats https://thedirect.com/article/obi-wan-kenobi-disney-plus-viewership-record   Ewan Quote from Variety:  https://twitter.com/variety/status/1539713083345473536?s=21&t=INeBcyMIr8XWMwfnzZuuVw   1 hour 38 minutes COMING UP: The Boys Stranger Things Thor: Love and Thunder Ms. Marvel The Umbrella Academy Black Adam   Music By:  Audionautix is licensed under a Creative Commons Attribution 4.0 license. https://creativecommons.org/licenses/by/4.0/ Artist: http://audionautix.com/   PROMO: Jeff, Cool Media via Audry: History and Factoids About Today https://cooolmedia.com/    Listen on Spotify, Apple Podcasts, Pandora, Stitcher, iHeartRadio, GoodPods, Podchaser, Bullhorn, Podbean and wherever else you get #podcasts   Thank you for supporting you favorite independent podcasts. Remember to turn on those in-app reminders to know when new episodes are available. Subscribe and tell a friend. We appreciate you tuning in!   www.MostlySuperheroes.com ©2022 Carrogan Ventures, LLC

The Falcon And The Winter Soldier S01E06 "One World, One People" Review (A Marvel Comic Universe Podcast) LoS374

The Legends Of S.H.I.E.L.D. Agent Lauren, Agent Michelle, Consultant Chris and show Producer Director SP discuss the finale Disney+ The Falcon And The Winter Soldier episode “One World, One People.” The Agents debrief you on National DNA Day, geek out over the 26 minute and 30 second ultimate fight sequence, how Sam Wilson is just a non-super serum guy who is now unequivocally Captain America, what the role of Karli and the Flag Smashers was in the series, Bucky's transformation through the series and the MCU, the complete US Agent origin story for John Walker, Sharon Carter's role as power broker and some theories with the character, the true uniqueness of Isaiah's display at the Captain America exhibit, Bucky's role in Sam becoming Captain America, all the great series acting from Wyatt Russell and Anothony Mackie and Sebastian Stan, some missed series opportunities, how a viewer cannot avoid real world politics while watching the series, Redwing is back with DOUBLE the fun, and Michelle's Mom take on the show. Stay tuned after the credits for a few minutes of Legends Of S.H.I.E.L.D. bonus audio.   THIS TIME ON LEGENDS OF S.H.I.E.L.D.:   The Falcon And The Winter Soldier S01E06 “One World, One People” Weekly Marvel News Listener Feedback   THE FALCON AND THE WINTER SOLDIER “ONE WORLD, ONE PEOPLE” [7:07]   The Falcon And The Winter Soldier “One World, One People” premiered on Disney+ on April 23rd, 2021.   S1E6 “One World, One People”   Directed By: Kari Skogland https://www.imdb.com/name/nm0804556/?ref_=tt_ov_dr 57 directing credits starting 1994 6x The Borgias 1x The Killing 2x Under the Dome 1x Longmire 2x Vikings 1x Penny Dreadful 2x Fear the Walking Dead 1x The Americans 2x The Walking Dead 1x The Punisher 5x The Handmaid's Tale 6x The Falcon and the Winter Soldier   Written By: Malcolm Spellman https://www.imdb.com/name/nm1173259/?ref_=ttfc_fc_wr8   6 writing credits starting 2006 6x Empire 2x Falcon and Winter Soldier - showrunner   Written By: Josef Sawyer https://www.imdb.com/name/nm2677686/?ref_=ttfc_fc_wr5  6 writing credits starting 2012 1x Being Mary Jane 2x SEAL Team 1x Falcon and Winter Soldier   Showrunner: Malcolm Spellman   NEWS [1:04:14]   TOP NEWS STORY OF THE WEEK   Captain America 4 Officially in the Works With Falcon and Winter Soldier Showrunner https://comicbook.com/marvel/news/captain-america-4-officially-in-the-works-with-falcon-and-winter/?utm_source=Comicbook.com&utm_medium=email&utm_campaign=210423_164429_Comicbook.com%20Daily%20Newsletter&utm_content=Link   After taking on the mantle in The Falcon and the Winter Soldier, it looks like Anthony Mackie will headline his own film with Captain America 4 officially in the works from Marvel Studios. The series showrunner Malcom Spellman is returning to pen the script with Dalan Musson, which will likely continue the adventures of Sam Wilson as he embraces his role as the new Star-Spangled Avenger in the Marvel Cinematic Universe.     MCU - MARVEL STUDIOS   Russel Crowe reveals Thor 4 role https://www.ign.com/articles/thor-love-and-thunder-will-have-russell-crowe-tossing-lightning-bolts-as-zeus "I'm gonna get on my bicycle," Crowe said in the interview with JOY Breakfast with The Murphys. "I'm gonna ride up to Disney Fox Studios, and around about 9:15, I shall be Zeus."   DISNEY+   Falcon & Winter Soldier to run as a drama series at the emmys https://www.indiewire.com/2021/04/falcon-and-winter-soldier-emmys-drama-series-season-2-plans-interview-1234631267/ As opposed to Limited Series Nate Moore (VP of Production & Development) has not confirmed more seasons, but said that ideas are kicking around   Marvel rumored to bring back some Netflix Marvel characters https://www.screengeek.net/2021/04/23/marvel-netflix-characters-rumor/ The report mentions that the aforementioned Charlie Cox, Krysten Ritter, Jon Bernthal, and Vincent D'Onofrio are set to return as Daredevil, Jessica Jones, The Punisher and Wilson Fisk respectively.  they won't be the same versions of the characters that we saw in the Netflix series and will not follow the same backstory   BONUS:   Marvel/NBA team up for NBA game with Avengers story https://variety.com/2021/tv/news/marvel-espn-nba-game-avengers-1234958705/ The Disney sports-media giant on Monday, May 3, plans to air an “NBA Special Edition,” a game between the Golden State Warriors and the New Orleans Pelicans that will weave elements from an original Marvel story and characters including Iron Man, Black Panther, Captain Marvel, Captain America, Black Widow and Doctor Strange into the live action. The broadcast will use 3-D virtual characters, animation packages and customized graphics to tell the tale of the Avengers watching the match in hopes of finding new heroes to help them fight an invading alien army.   An Investigation into the Lack of Kissing in the MCU https://www.polygon.com/entertainment/22394564/marvel-cinematic-universe-kissing Goes by each MCU phase Possibly b/c more geared for kids and international audiences Nearly all between straight white couples (Nakia/T'challa and Peter/MJ only ones involving POC)   FEEDBACK [1:17:53]   TWITTER   https://twitter.com/MrParacletes/status/1384608512832118784?s=20 Dr. Gnome to you @MrParacletes   And   Greta the Cat's BFF @adanagirl Apr 20 .@MARVELMadames @LegendsofSHIELD @LaniDianeRich @JoshuaUnruh   Apr 20 @LegendsofSHIELD   Cory Havens @CoryHavens Canonically, Valentina Allegra de Fontaine used to be married to Phil Coulson. No one's going to argue with me, right?   OUTRO [1:19:55]   Lauren, Michelle and SP love to hear back from you about how you would rate the episode we just discussed, your top 5 Marvel character lists, your science of Marvel questions, who would you pick in an all-female Avenger team, or which Marvel male you would like to see shirtless. Call the voicemail line at 1-844-THE-BUS1 or 844-843-2871.                    Join Legends Of S.H.I.E.L.D. next time as the hosts discuss the finale Netflix Defenders Series season: Jessica Jones season 3 premiere episodes 1-3. You can listen in live when we record Sunday Afternoons 5:00 PM Eastern time at Geeks.live. Contact Info: Please see http://www.legendsofshield.com for all of our contact information or call our voicemail line at 1-844-THE-BUS1 or 844-843-2871   Legends Of S.H.I.E.L.D. Is a Proud Member Of The GonnaGeek Network (gonnageek.com).   This podcast was recorded on Sunday April 25th, 2021.   Standby for your S.H.I.E.L.D. debriefing ---   Audio and Video Production by Stargate Pioneer of GonnaGeek.com.

Jessica Jones S02E09 "AKA Shark In The Bathtub, Monster In The Bed" and S02E10 "AKA Pork Chop" Review (A Marvel Comic Universe Podcast) LoS326