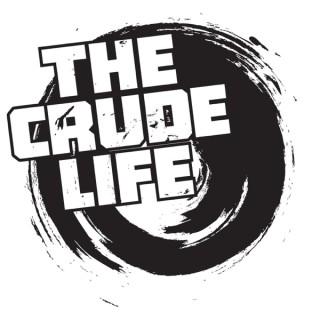 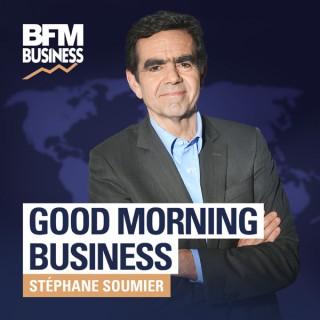 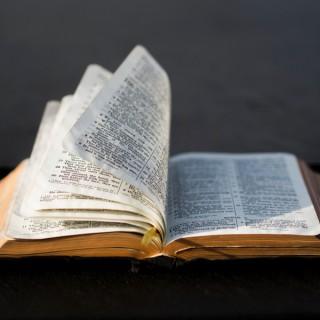 Judges 15 NLT read aloud by Simon MacFarlane. 1 Later on, during the wheat harvest, Samson took a young goat as a present to his wife. He said, “I'm going into my wife's room to sleep with her,” but her father wouldn't let him in. 2 “I truly thought you must hate her,” her father explained, “so I gave her in marriage to your best man. But look, her younger sister is even more beautiful than she is. Marry her instead.” 3 Samson said, “This time I cannot be blamed for everything I am going to do to you Philistines.” 4 Then he went out and caught 300 foxes. He tied their tails together in pairs, and he fastened a torch to each pair of tails. 5 Then he lit the torches and let the foxes run through the grain fields of the Philistines. He burned all their grain to the ground, including the sheaves and the uncut grain. He also destroyed their vineyards and olive groves. 6 “Who did this?” the Philistines demanded. “Samson,” was the reply, “because his father-in-law from Timnah gave Samson's wife to be married to his best man.” So the Philistines went and got the woman and her father and burned them to death. 7 “Because you did this,” Samson vowed, “I won't rest until I take my revenge on you!” 8 So he attacked the Philistines with great fury and killed many of them. Then he went to live in a cave in the rock of Etam. 9 The Philistines retaliated by setting up camp in Judah and spreading out near the town of Lehi. 10 The men of Judah asked the Philistines, “Why are you attacking us?” The Philistines replied, “We've come to capture Samson. We've come to pay him back for what he did to us.” 11 So 3,000 men of Judah went down to get Samson at the cave in the rock of Etam. They said to Samson, “Don't you realize the Philistines rule over us? What are you doing to us?” But Samson replied, “I only did to them what they did to me.” 12 But the men of Judah told him, “We have come to tie you up and hand you over to the Philistines.” “All right,” Samson said. “But promise that you won't kill me yourselves.” 13 “We will only tie you up and hand you over to the Philistines,” they replied. “We won't kill you.” So they tied him up with two new ropes and brought him up from the rock. 14 As Samson arrived at Lehi, the Philistines came shouting in triumph. But the Spirit of the Lord came powerfully upon Samson, and he snapped the ropes on his arms as if they were burnt strands of flax, and they fell from his wrists. 15 Then he found the jawbone of a recently killed donkey. He picked it up and killed 1,000 Philistines with it. 16 Then Samson said, “With the jawbone of a donkey, I've piled them in heaps! With the jawbone of a donkey, I've killed a thousand men!” 17 When he finished his boasting, he threw away the jawbone; and the place was named Jawbone Hill. 18 Samson was now very thirsty, and he cried out to the Lord, “You have accomplished this great victory by the strength of your servant. Must I now die of thirst and fall into the hands of these pagans?” 19 So God caused water to gush out of a hollow in the ground at Lehi, and Samson was revived as he drank. Then he named that place “The Spring of the One Who Cried Out,” and it is still in Lehi to this day. 20 Samson judged Israel for twenty years during the period when the Philistines dominated the land. 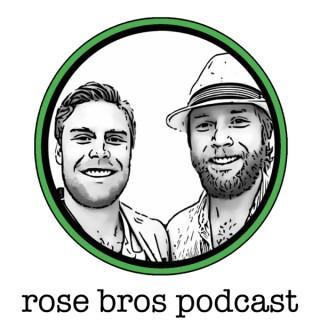 Greetings & welcome back to the rose bros podcast.  This episode we are joined by Terry Etam - energy executive, best-selling author of the The End of Fossil Fuel Insanity & contributor to the boereport.com Terry's wide range of energy experience includes executive level positions & writing best selling novels & hands on experience in the field. You can find Terry's writing on the boereport.com as well as his personal website publicenergynumberone.comWe sat down for a smooth cup of rose bros coffee and discussed why high energy prices are bittersweet, the general public's complacency towards reliable energy, misguided energy policies & a lot more.Enjoy!This episode is also available on YouTube, so check out the rose bros channel, and if you enjoyed the conversation, subscribe to the channel. Also, this podcast is sponsored by Headracingcanada.comLooking for high performance ski gear this winter? In partnership with 4x-Olympian Manny-Osborne Paradis, Headracingcanada.com is offering the lowest prices possible through its online storefront, by passing brick and mortar savings to customers. Check out  Headracingcanada.com for more info on high performance gear for the upcoming ski season.Support the show

Terry Etam, author of The End of Fossil Fuel Insanity: Clearing the Air Before Cleaning the Air, columnist for the BOE Report and writer for Public Energy Number One, gives an update on the oil and gas activity north of the border. Canada's Greatest Export shares a story about the [...] 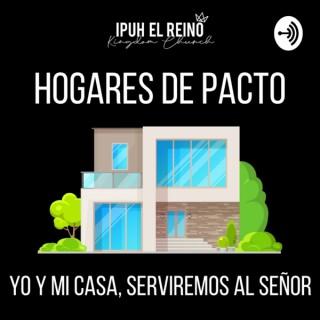 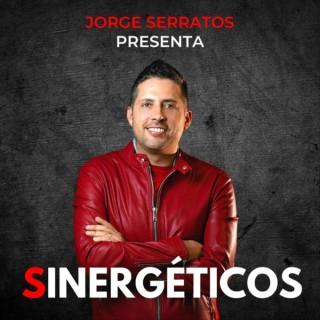 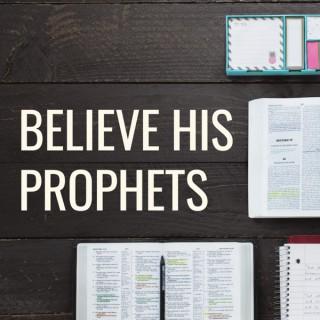 But it came to pass within a while after, in the time of wheat harvest, that Samson visited his wife with a kid; and he said, I will go in to my wife into the chamber. But her father would not suffer him to go in.2 And her father said, I verily thought that thou hadst utterly hated her; therefore I gave her to thy companion: is not her younger sister fairer than she? take her, I pray thee, instead of her.3 And Samson said concerning them, Now shall I be more blameless than the Philistines, though I do them a displeasure.4 And Samson went and caught three hundred foxes, and took firebrands, and turned tail to tail, and put a firebrand in the midst between two tails.5 And when he had set the brands on fire, he let them go into the standing corn of the Philistines, and burnt up both the shocks, and also the standing corn, with the vineyards and olives.6 Then the Philistines said, Who hath done this? And they answered, Samson, the son in law of the Timnite, because he had taken his wife, and given her to his companion. And the Philistines came up, and burnt her and her father with fire.7 And Samson said unto them, Though ye have done this, yet will I be avenged of you, and after that I will cease.8 And he smote them hip and thigh with a great slaughter: and he went down and dwelt in the top of the rock Etam.9 Then the Philistines went up, and pitched in Judah, and spread themselves in Lehi.10 And the men of Judah said, Why are ye come up against us? And they answered, To bind Samson are we come up, to do to him as he hath done to us.11 Then three thousand men of Judah went to the top of the rock Etam, and said to Samson, Knowest thou not that the Philistines are rulers over us? what is this that thou hast done unto us? And he said unto them, As they did unto me, so have I done unto them.12 And they said unto him, We are come down to bind thee, that we may deliver thee into the hand of the Philistines. And Samson said unto them, Swear unto me, that ye will not fall upon me yourselves.13 And they spake unto him, saying, No; but we will bind thee fast, and deliver thee into their hand: but surely we will not kill thee. And they bound him with two new cords, and brought him up from the rock.14 And when he came unto Lehi, the Philistines shouted against him: and the Spirit of the Lord came mightily upon him, and the cords that were upon his arms became as flax that was burnt with fire, and his bands loosed from off his hands.15 And he found a new jawbone of an ass, and put forth his hand, and took it, and slew a thousand men therewith.16 And Samson said, With the jawbone of an ass, heaps upon heaps, with the jaw of an ass have I slain a thousand men.17 And it came to pass, when he had made an end of speaking, that he cast away the jawbone out of his hand, and called that place Ramathlehi.18 And he was sore athirst, and called on the Lord, and said, Thou hast given this great deliverance into the hand of thy servant: and now shall I die for thirst, and fall into the hand of the uncircumcised?19 But God clave an hollow place that was in the jaw, and there came water thereout; and when he had drunk, his spirit came again, and he revived: wherefore he called the name thereof Enhakkore, which is in Lehi unto this day.20 And he judged Israel in the days of the Philistines twenty years. 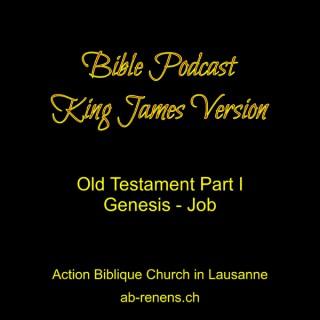 2 Chronicles 11: And when Rehoboam was come to Jerusalem, he gathered of the house of Judah and Benjamin an hundred and fourscore thousand chosen men, which were warriors, to fight against Israel, that he might bring the kingdom again to Rehoboam. ...

église AB Lausanne ; KJV 2 Chronicles 11 And when Rehoboam was come to Jerusalem, he gathered of the house of Judah and Benjamin an hundred and fourscore thousand chosen men, which were warriors, to fight against Israel, that he might bring the kingdom again to Rehoboam. But the word of the LORD came to Shemaiah the man of God, saying, Speak unto Rehoboam the son of Solomon, king of Judah, and to all Israel in Judah and Benjamin, saying, Thus saith the LORD, Ye shall not go up, nor fight against your brethren: return every man to his house: for this thing is done of me. And they obeyed the words of the LORD, and returned from going against Jeroboam. And Rehoboam dwelt in Jerusalem, and built cities for defence in Judah. He built even Bethlehem, and Etam, and Tekoa, And Beth-zur, and Shoco, and Adullam, And Gath, and Mareshah, and Ziph, And Adoraim, and Lachish, and Azekah, And Zorah, and Aijalon, and Hebron, which are in Judah and in Benjamin fenced cities. ... 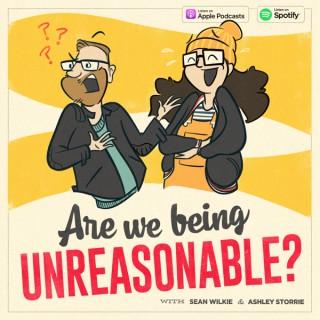 Are We Being Unreasonable?

Sean and Ashley return for a fifth popular podcast series where comedians discuss posts from Mumsnet and AITA forums.In the sixth episode of the series, we talk to Diona Doherty about; the Fringe, being hepatitis-free, Sean's ugly feet OnlyFans, bad job interviews, the fish that eat your feet, freaky fetishes, Birkenstocks vs. Crocs, Benny Hamish, double-denim, weddings, Michelle McManus, Etam, skunk apes, chocolate milk from brown cows, strange food choicesYou can find the stories we talked about here:https://www.mumsnet.com/talk/am_i_being_unreasonable/4585023-to-wear-sandals-to-an-interviewand https://www.reddit.com/r/AmItheAsshole/comments/vuqj72/aita_for_correcting_a_coworker_aboutsomething/You can see Ashley in Up For It on BBC iPlayer and hear her on The Ashley Storrie Show on BBC Radio Scotland at 10 pm every Friday or on the BBC Sounds App.You can also find Ashley and  Sean's sketches from BBC Short Stuff and BBC The Social on the iPlayer, and the BBC Scotland Facebook and Twitter pages. You can find Ashley'Ashley's on twitch.tv/ashleystorrie You can find Sean and Ashley on Twitter, Facebook, Instagram, YouTube, and TikTok @SitDownDad and @AshleyStorrieYou can follow Diona Doherty on Instagram here.  And you can listen to her podcast, 'Remember When,'  here. Our theme song is "Snap Happy" by Shane Ivers from www.silvermansound.com.If you want to sponsor the show, contact us at awbupodcast@gmail.co, or donate via buymeacoffee.Thanks for listening, and please take a moment to review our show on Apple Podcasts.