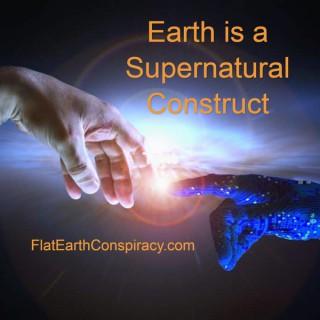 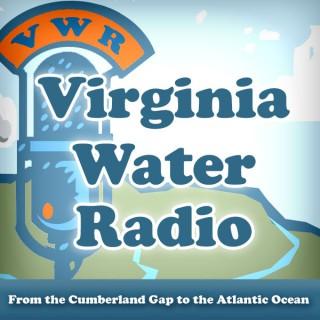 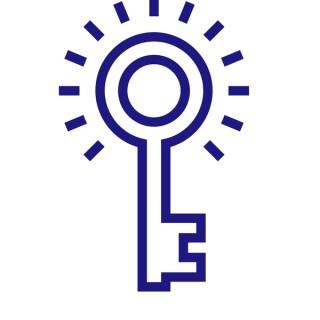 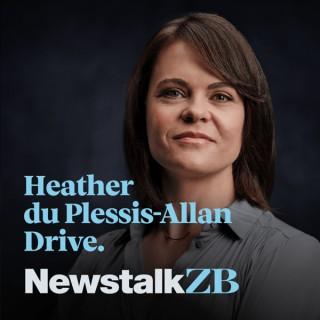 Ian Griffin: What you need to know about tonight's blood supermoon

A "blood supermoon" will hang over New Zealand skies tonight. Why is it such a big deal?First off, what is a blood supermoon?We can think of it as the combination of two lunar spectacles.Blood moons - also known as total lunar eclipses - occur when the Earth lines up between the Moon and the Sun.This hides the Moon from sunlight and blocks most of the blue light, with the remaining light refracting on to the Moon's surface and causing a red glow."Red light is often seen during sunset because we view it through the thicker parts of Earth's atmosphere, and being of a longer wavelength, more red light gets through," Stardome Observatory expert John Rowe said."When the Moon goes into Earth's shadow, the reddish light passing through Earth's atmosphere around the limb of Earth refracts onto the Moon, creating a blood-red colour across the lunar surface."Unlike solar eclipses, lunar eclipses are completely fine to view with the naked eye."A "supermoon", meanwhile, occurs when the Moon is at the closest point in its orbit around Earth - making it appear about 14 per cent larger than a normal full Moon and around 30 per cent brighter.How rare is it?During every 27-day orbit around Earth, the Moon reaches both its perigee, about 363,300km from Earth, and its farthest point, or apogee, about 405,500km from Earth.Total lunar eclipses are relatively common - the next one after tonight's is May 15-16, although it won't be visible from New Zealand.Supermoons are more common still - one was visible only a month ago.There are also two super new moons - or when a new moon is at its closest point to Earth - on November 4 and December 5.But it's the combination of a total lunar eclipse and a supermoon that's rare.The eclipse takes place just a few hours after the Moon reaches perigee, the closest point to Earth on its orbit, making it a "Super Flower Blood Moon".Stardome has reported the last "blood supermoon" visible from New Zealand was December, 1982 - but a "blood supermoon" also occurred on January 31, 2018, and could be seen here.Yet there's no single, specific and universally-recognised definition of a supermoon, which isn't a formal astronomical term.Nasa says a "supermoon" can be used to describe a full Moon that comes within at least 90 per cent of perigee.TimeandDate.com prefers a definition of 360,000km - and considers that the 2018 event was "almost" a supermoon.Where will be best to view it?Much of the country should get a decent look at the event.The actual period of "totality" - when the Earth lines up between the Moon and the Sun and blocks out the Sun's light - will be relatively brief, lasting 14 minutes from 11.11pm.But the eclipse process itself is due to last five hours, beginning at 8.47pm.Niwa reports the best places to view it are Southland, Otago, West Coast, Canterbury, Tasman, Nelson, Marlborough, Wellington, Manawatu-Whanganui, Taranaki and Waikato.Niwa forecaster Ben Noll said cloud could likely spoil the view from areas like Bay of Plenty, Gisborne and Hawke's Bay, cloud around Auckland, Coromandel and Northland would grow more scattered as night falls.How can I photograph it?Stardome astronomy educator and astro-photographer Josh Kirkley has offered tips on how to get the best shot of the spectacle."Look for clear unobstructed night sky views. The blood supermoon will be visible high in our sky so you should be able to find a good spot wherever you are in New Zealand," Kirkley said."When the Moon goes into Earth's shadow - just before 9pm - the reddish light passing through Earth's atmosphere will be refracted on to the Moon, creating a blood-red colour across the lunar surface."Kirkley said anyone who wanted real photos would need a DSLR or mirrorless camera, with interchangeable lenses."Phone cameras just won't cut it for a nice clear shot," he said."Many standard cameras come with 18-50mm lenses, but I'd recommend lenses closer to the 300-600mm mark to get crisp close-up...

How Do You Define Tourism?

In the episode we interview people on the streets in Waikiki. We'll talk to locals and tourist, about their experience pre-testing and arriving in the Aloha State. Also we ask for a few suggestion for places to eat and things to do. This week only the Lyrid Meteor Shower and it won't be back in your lifetime. Lyrid Meteor Shower interactive Map: https://www.timeanddate.com/astronomy/meteor-shower/lyrids.html  Henry Kapono "Dukes on Sunday" https://youtu.be/PPOaxp295SY Drifting Sand: www.driftingsand.com or https://www.youtube.com/channel/UCk7ghdFk4KN-AIkaocj47uA Pupule Boys https://youtu.be/ASfPAcGb8yY  MORE LINKS: HawaiiPosts.com GoHawaii.com TikisGrill.com Timeanddate.com Surfnewsnetwork.com Hawaiian Dictionary - wehewehe.org   Links to Help You Support The Show NATURALLY PLUS -IZUMIO http://thomasg1.npusashop.com www.facebook.com/hihealthy   ACORNS https://www.acorns.com/invite/8C9NU2   ROBINHOOD https://join.robinhood.com/thomasg2655   SURVEY JUNKIE https://apps.apple.com/us/app/survey-junkie/id1462195529 (Android use invite id 1462195529) EXPRESS CRYPTO expresscrypto.io/signup?referral=226518 FINAL AUTO FUACET https://autofaucet.dutchycorp.space/?r=Tomestokes JOIN THE PI NETWORK use my username (BuckeyePi) as your invitation code - or - https://minepi.com/BuckeyePi (if you follow the link to Pi Network App on your phone, when you see the prompt make sure you click my invite link in the lower right hand corner of your phone screen)   Crypto Tip Jar  BTC 1PvmbeQwbdctR93hdSyv9BtXKKzrtW9sS BCH bitcoincash:qqzu5w6c0x5xjrfwq634gsr28cmqkagqjq2q0hk895 DASH XmjFXekSENuyfWXEzdKrDxxXQuK2LddTx9 DOGE DB1K1ketugFfkRZLGv47hvQEvTLGGaxoCwV ETH  0x55A0d6608875C6076a3c23DB4ca6f4C16f6cE736 ETN etnkNXWNHqhQVXFK4jfgTgebQ27biNvdPUUvcqoCUEXpV4atiET9kEYewfA7ysnWFGLqctrLGEoQQ7SThxeLNqN62jLKbWxxVC LTC LX95abtaMAEmRRgWadffovHMcsyjJVACbx XRP rB3ktznAAmhs14iURvtd8svvSYYPmAEwjq Podchaser: goCIMrxNuK4WEp9YArHu 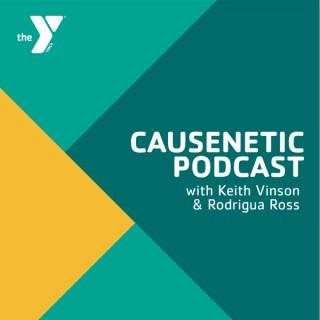 The Holidays Are Coming!

Did you know there are over 250 observances and holidays recognized in the US in 2021? In this episode, we are talking about some of them! RESOURCES Holidays and Observances in United States in 2021 – TimeAndDate.com Federal holidays in the United States - Wikipedia --- www.ymcadallas.org/causenetic --- Send in a voice message: https://anchor.fm/causenetic/message 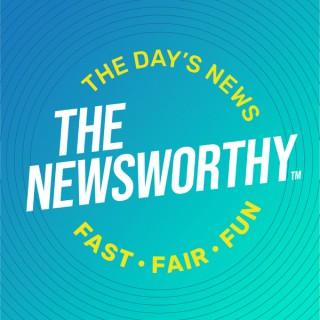 HiP 021 s2e7 : Life Is Not A Rehearsal - Remembering Steve Kanemori 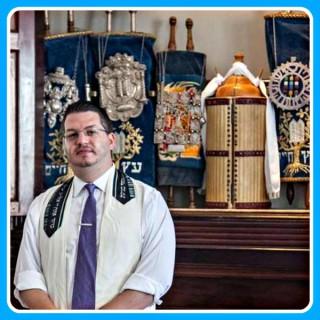 Israel’s Independence Day as Celebrated in the United States

Many Jewish Americans in the US remember Israel’s Independence Day, also known as Yom Ha’Atzmaut (or Yom HaAtzmaut). Celebrations are annually held on or around the 5th day of the month of Iyar, according to the Jewish calendar. Many Jewish organizations, including community centers, university student groups, & some schools, organize events to celebrate Yom Ha’Atzmaut. Many of these events are open to the general public and include entertainment such as: Kosher pizza dinners, Singing, music & dance performances, Face painting, Flag-making activities, Barbecues, Special rides, including camel rides. Some Jewish communities also celebrate Israel’s Independence Day with benefit concerts featuring bands from Israel, & local bands. A variety of music is usually offered, ranging from traditional music with a rock twist to modern music from Israel. Various art & craft activities for children & young teenagers are also incorporated into events that celebrate Yom Ha’Atzmaut, which is not a federal public holiday in the United States. Yom Ha’Atzmaut commemorates when David Ben-Gurion, who was Israel’s first prime minister, publicly read the Israel’s Declaration of Independence on May 14, 1948. According to the Jewish calendar, this was the 5th day of Iyar, the 8th month of the civil year, in the year 5708. The most prominent symbol seen at events that celebrate Yom Ha’Atzmaut is Israel’s flag. This is a white rectangle in the ratio 11:8 with 2 horizontal blue stripes, one at the top and one at the bottom. A regular hexagram, known as the Star of David, or Megan David, is depicted in blue between the stripes. Courtesy of www.TimeandDate.com 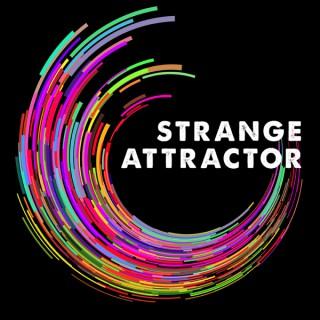 Episode 42: That's a long time in a Spanish toilet

Google Earth Is Nothing But Data: Flat Earth

Lori and Lawrence discuss Google Earth again and compare it to TimeandDate.com... and one of these does not go with the other. We will being a followup very soon!

Google Earth Is Nothing But Data: Flat Earth

Lori and Lawrence discuss Google Earth again and compare it to TimeandDate.com... and one of these does not go with the other. We will being a followup very soon! 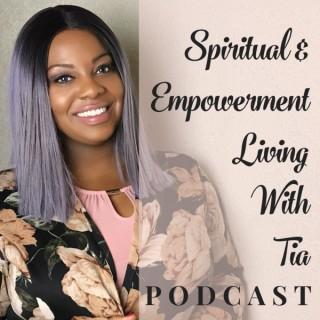 Troy Casey's message is simple: Healthy Me = a Healthy Planet. After growing up on the streets as a kid, having drug & alcohol problems as an adult, Troy found solace in the holistic lifestyle and healed himself. Economically motivated as a Versace model in Milan, Italy 21 years ago, Troy started studying internal purification and nutrition as a holistic way of looking and feeling great in front of the camera. Continuously studying and practicing what he discovered extensively traveling the world, Troy now counsels, lectures and inspires people all over the planet with choices for a healthier life. His specialty is Wild Amazonian plant medicine & super foods. Most recently he has worked on Discovery's Planet Green Network and his levity provoking alter ego, the Certified Health Nut, can be seen on Youtube.com. Links: www.certifiedhealthnut.com https://www.facebook.com/pages/Troy-Casey-the-Certified-Health-Nut/209187235760097?sk=wall www.facebook.com/thevioletsanctuaryspa Join the discussion of Holistic Eating this Friday at  2pm EST!  Time check: 2PM EST; 1PM CST; NOON MST; 11AM PST; 7PM UK; 8 PM FRANCE WWW.TIMEANDDATE.COM/WORLDCLOCK We will be taking callers so make sure you call the show! Call in number for domestic callers is 619-996-1641 Call in number for international callers (must use skype) is 917-889-7908 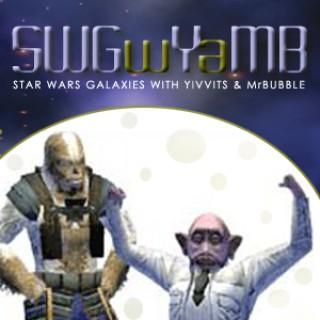 Monday September 3rd at 2pm Central Daylight Time there will be a Yivvits and MrBubble party on Valcyn! We don't have the location picked yet so check the SWG forums or our forums at http://www.yivvitsandmrbubble.com/ for more information (we'll post the location sometime Sunday evening). This date and time is very exciting to us because it's Labor Day in America, so a lot of people will be off work, and 7pm or 8pm in Europe! Finally our European friends can be awake and coherant! (I don't know about the Dutch, though. I KEED, I KEED!!!) Please feel free to forward this to guilds or friends and lets have some fun! Your pals,Yivvits and MrBubble The following link should help you determine what time the party will be where you live. TimeAndDate.Com page for Minneapolis MN (the time zone we are located in)